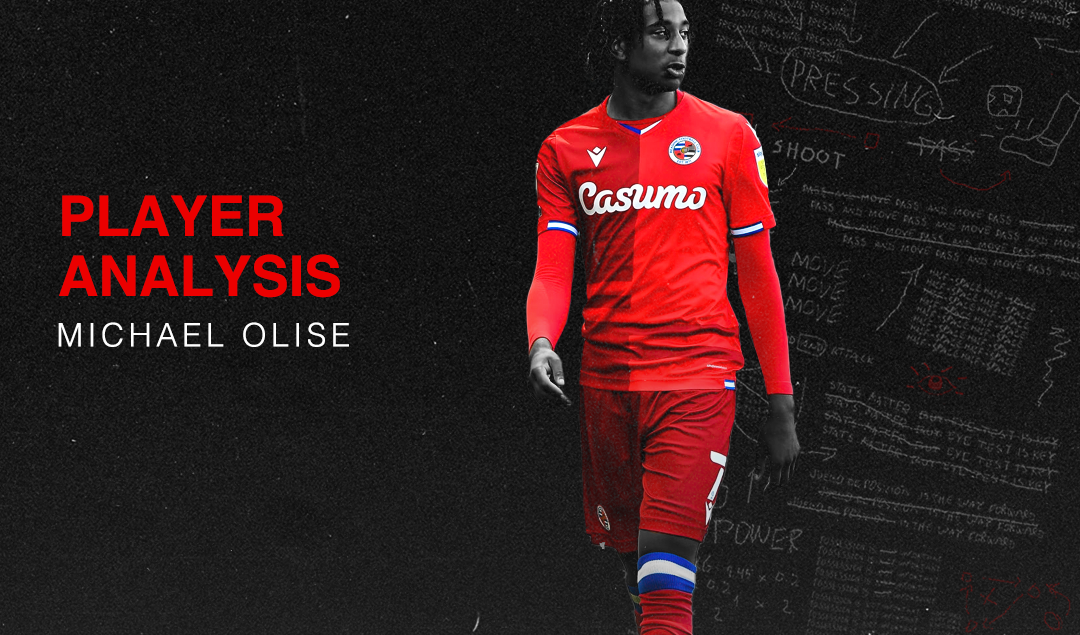 Reading FC made an electric start to the 2020/21 Championship season, winning seven of their first eight games. The Royals did eventually begin to tail off, as expected, but they are still in sixth place, just three points behind second-placed Swansea, and have established themselves as promotion contenders.

Veljko Paunovic’s young side is littered with promising talent; Ovie Ejaria is really beginning to strut his stuff, classy central midfielder Josh Laurent is excelling during his debut Championship campaign and 22-year-old Omar Richards is quickly cementing himself as one of the best full backs in the division.

But perhaps the most exciting prospect of all is Michael Olise – he is the jewel in the crown of this Reading team. Olise, who made his professional debut at 17, has featured in every Royals game this season and is now one of the first names on Paunovic’s team sheet.

Olise is incredibly versatile and can operate on either wing as well as ‘in the hole’, just behind the striker. Reading typically line up in a 4-2-3-1 formation and the trio of players sitting behind the lone centre forward are very fluid and interchangeable. The graphic below shows that Olise is confident playing in a multitude of positions, specifically cutting in on his favoured left foot from the right flank. 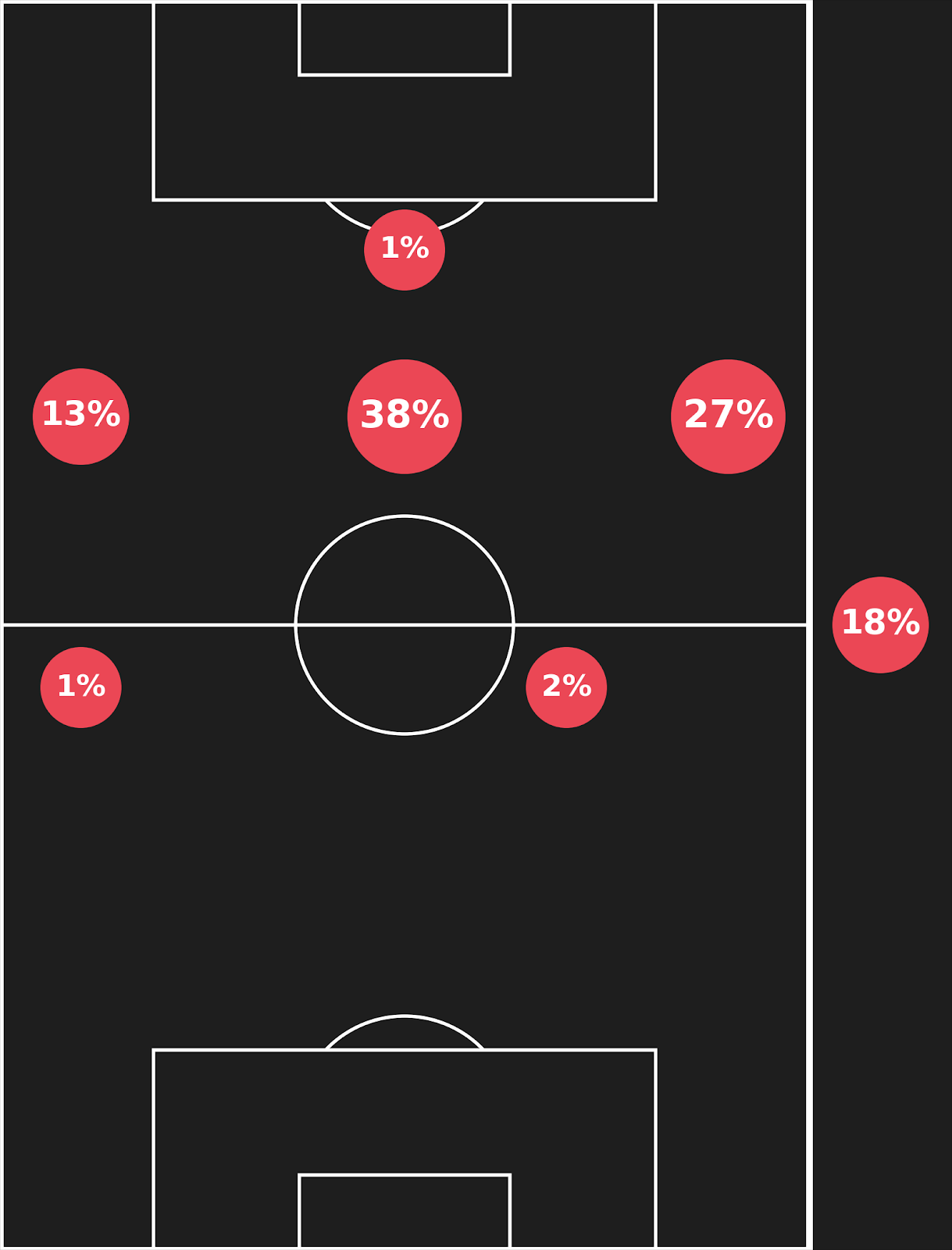 Olise shoulders a fair amount of creative responsibility for The Royals – completing the third-most final third passes, the most through balls, and the most shot assists. His vision is exceptional and he’s always looking to thread balls through to Reading’s lone striker. Olise has racked up seven assists so far this season and his expected assists tally of 5.71 is the highest in the Championship. He is a creative genius and possesses all the traits of an incredibly cultured midfielder.

This pass from Olise vs Nottingham Forest is world-class. He picks up the ball around 25 yards from goal and bisects a cluster of opposition players to find Lucas João in a great position. The most impressive thing about Olise this season is that passes like that aren’t even an anomaly – he conjures up moments of magic like this on a regular basis.

Ejaria, Olise’s partner in crime, is widely regarded as one of the most capable, dangerous dribblers of the ball in the Championship, but Olise is beginning to rival his teammate in that sense. The Frenchman glides across the pitch and his silky movement allows him to wriggle beyond defenders.

Jack Grealish is often spoken about as being the only remaining ‘maverick’ in English football, but Olise certainly has the quality to follow in Grealish’s footsteps. Just like the Aston Villa star, Olise has thrived due to not being pigeon-holed into one specific position; he’s at his best when he is given permission to just drift across the final third and pick up pockets of space between the lines.

His performances in the Championship have fueled speculation regarding his international career. He was born in French Guiana – a territory on the South American coast belonging to France, and has made two appearances for the French U-18 team, although his future at international level is far from settled.

As well as Les Bleus, Olise is eligible to play for England and Nigeria. The English FA will no doubt be aware of the 19-year-old and the Nigerian Football Federation are reportedly interested in the possibility calling up Olise — The Super Eagles have made a habit of capping foreign-born players in recent years and he’ll have a more realistic shot at regular football if he opts to play for the West African nation.

He is not just in demand at the international level, there are a number of Premier League clubs who have been linked with him over the past few months. The Athletic recently reported that an £8m release clause is included in his contract. The market rate for a breakthrough star in the Championship typically tends to be around £20m-£30m, so picking up an extraordinary talent for less than half that price would be a tempting proposition for any club in the Premier League.

Olise has certainly shown that he has the quality to play at a higher level and a move to the top flight seems like an inevitability at this point. He is another dazzling prospect to emerge out of the Championship – a league that seems to churn out exciting players at an incredible rate.