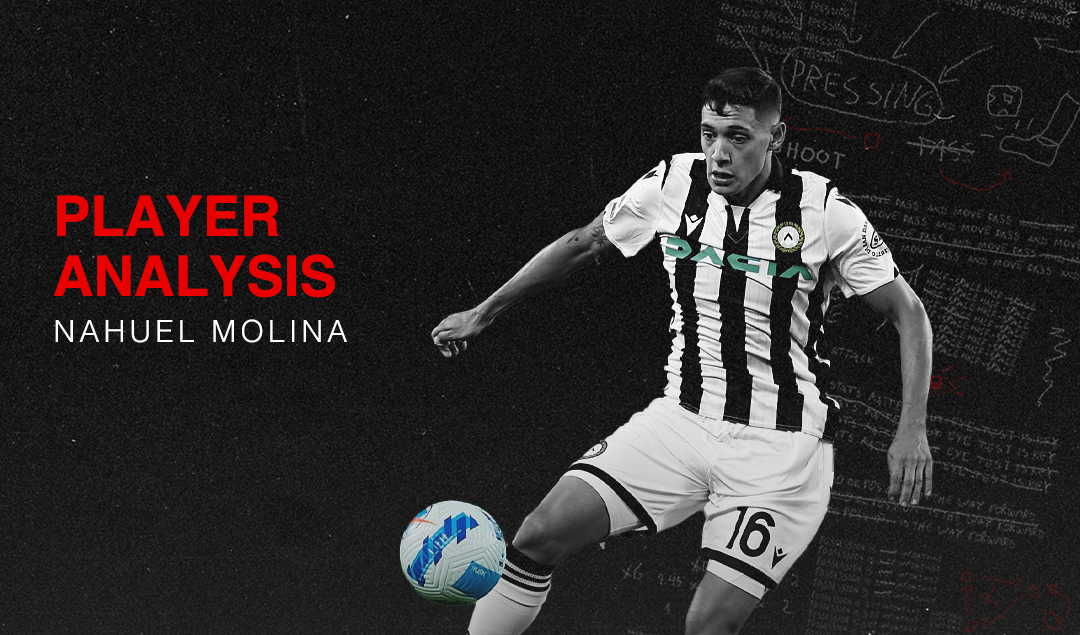 Udinese, like many other clubs from Italy, has a great admiration for Argentinian players and it has recruited its share over the decades. Luis Pentrelli was the first to play for the Zebrette from 1957 until 1962 while many others joined from the 1980s onwards.

Roberto Néstor Sensini and Abel Balbo starred for the club in the early 1990s, Roberto Sosa was a prolific forward in the late 90s and early 2000s, while the likes of Rodrigo De Paul, Juan Musso, and Roberto Pereyra have starred in recent years.

How Rodrigo de Paul Will Fit Into Atlético Madrid

Another Argentine that has emerged at Udinese has been Nahuel Molina. After some struggles establishing himself in his home country, the versatile 23-year-old right-back has adapted rather quickly to Italian and also developed into a footballer capable of playing at an international level.

Molina came through the Boca Juniors youth academy and he made eight Argentina Primera División appearances for the senior squad throughout the 2015/16 season and he also made an appearance in the 2016 edition of the Copa Libertadores.

He represented Argentina at the 2017 South America Under-20 Championship and the Argentinians finished fourth at the tournament with a squad that consisted of future senior internationals like Juan Foyth, Cristian Romero, Santiago Ascacíbar, and Lautaro Martinez.

After that first season with the senior squad at Boca, he failed to break into the team again and he was sent on loan to Defensa y Justicia and then to Rosario Central. In his final season at Rosario, he made 16 league appearances, and he also played six times in the 2019 edition of the Copa Libertadores, playing mostly at right-back but also at left-back occasionally.

Udinese signed Molina on a free transfer on September 2020 but the Argentine had to wait to establish himself in the Zebrette squad. He made his competitive debut in a 1-0 defeat to Roma in Week 3 of the 2020/21 Serie A season, coming off the bench to replace Hidde ter Avest, but playing opportunities remained limited for the time being.

Molina made just six competitive appearances before the new year. Udinese’s 2-0 defeat to Benevento in December 2020 was the last time he did not feature in a Friulani game for the season. Udinese coach Luca Gotti brought him on as a substitute in the 2-2 draw against Bologna in their Week 16 Serie A clash and the Argentinian provided an assist for Tolgay Arslan to equalize in stoppage time. Aside from starting against Napoli in the following round, Gotti would keep Molina on the bench before bringing him on as a substitute.

In Week 21, the Zebrette faced Hellas Verona and the Argentine was brought on in the 71th minute when the match was still goalless. A Marco Silvestri own goal gave the Friulani the lead with seven minutes remaining and the victory was sealed when Molina intercepted a poor clearance and supplied a delightful through-ball for Gerard Deulofeu to finish the move.

For two more rounds, the Udinese wing-back would come off the bench, but Gotti decided to make him a starter from Week 24 until the end of the 2020/21 Serie A. Marvin Zeegelaar had accumulated five yellow cards, which meant that he was suspended for the Fiorentina game. Gotti started Molina at right wing-back and Jens Stryger Larsen was forced out to the left.

The Zebrette earned a 1-0 victory against the Viola and Gotti continued with Molina and Stryger Larsen on the flanks. The Argentine supplied his third assist for the season in the 2-0 win at home to Sassuolo in Week 26 of Serie A when he collected the loose ball and chipped it into the box for Fernando Llorente to divert the ball into the net.

Udinese suffered a 3-2 defeat to Atalanta in Week 29 but Molina was one of the Zebrette’s bright spots in the loss, providing the assists for both of his team’s goals. When the Friulani were 2-0 down, the Argentine dribbled past a defender and made him slide onto the ground, then he found Roberto Pereyra jogging towards the penalty area. Pereyra from just outside the box struck the ball with the side of his right foot and put the ball into the bottom corner.

Molina’s second assist came when he played a one-two with Fernando Forestieri and then threw Atalanta midfielder Marten De Roon off balance after he turned 90 degrees. He provided a low cross with his left foot for Stryger Larsen to bring the score back to 3-2 but Udinese was not able to find an equalizer.

The Argentine finished the 2020/21 Serie A season with five assists and he also managed to find the back of the net twice. His first goal in the Italian league came in Week 33 in a 4-2 victory away to Benevento, where he opened the scoring. His compatriot Rodrigo De Paul played a delightful through-ball and Pereyra let the ball run. Molina controlled the ball with his first touch and then put the ball in the net with a powerful shot from a tight angle.

His second goal for the Zebrette came the following week in the defeat to Juventus but his strike had given them an early lead. De Paul played a free-kick short to Molina in space, and scored with another powerful right-foot strike, which Juve goalkeeper Wojciech Szczęsny could not hold. Unfortunately for the Friulani, the Bianconeri came back and won thanks to a double from Cristiano Ronaldo.

Udinese finished the season in 13th place on the Serie A table with 40 points and Molina was one of the revelations of the season. His performances caught the eye of Argentina coach Lionel Scaloni, who selected him for the 2021 Copa America squad.

The 23-year-old made his debut in a World Cup qualifier against Chile and he appeared for the last nine minutes in the 1-1 draw. Both sides produced the same result in the opening game of the Copa America and the Udinese defender came on for the last five minutes. From then on, he started and played for the full duration in the victories against Uruguay, Paraguay, and Ecuador.

Molina played in the first half against Colombia in the semi-final but he was replaced by Gonzalo Montiel at half-time. The game ended in a 1-1 draw but the Albiceleste triumphed 3-2 on penalties. Unfortunately, Molina did not feature in the final against Brazil and the team managed to win 1-0 without him on the pitch.

It was nonetheless an impressive rise for the former Boca Juniors youth product. After a breakout campaign with Udinese in which he played 29 times in Serie A, he played in five out of seven matches for Argentina at the Copa America as it went on to win the tournament for the first time since 1993.

Molina has maintained that form in the early stage of the 2021/22 season, scoring a goal and supplying an assist in the opening four rounds of the Serie A campaign for the Zebrette. He no longer has his compatriot De Paul by his side as he was sold to Spanish giants Atletico Madrid but he might be able to find admirers elsewhere with his career continues to progress.

A player’s career span is often short at Udinese, largely because the club prefers to sell a talented player when a lucrative offer arrives. Molina will inevitably be another footballer Zebrette fans will enjoy until a bigger club lures him away.