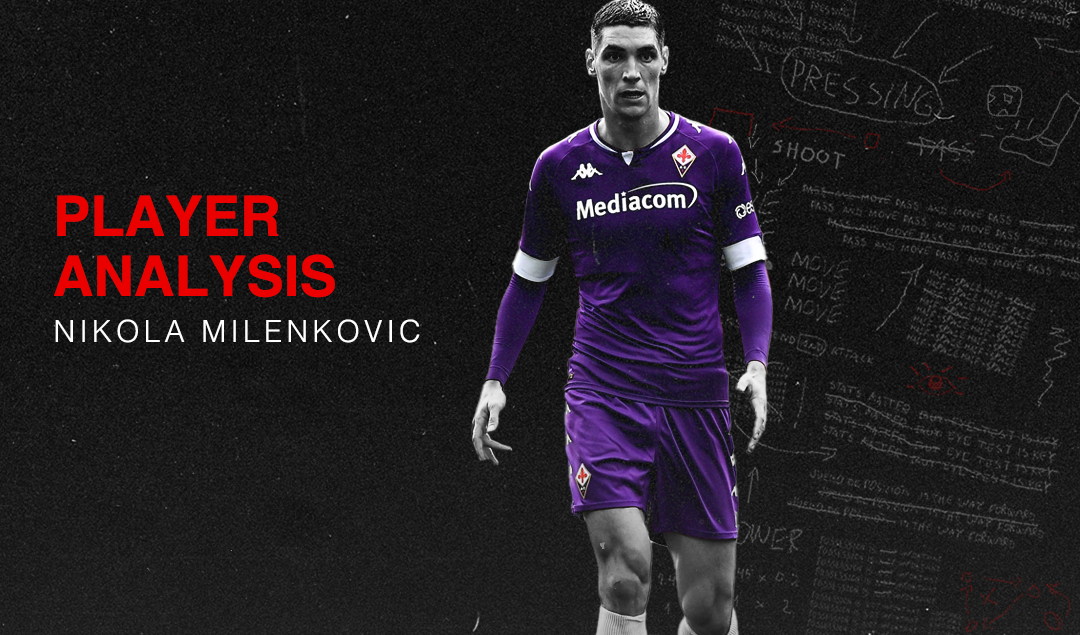 FK Partizan is one of the biggest clubs in Serbia, but like many clubs in the former Yugoslavia and the rest of Eastern Europe, its players are often lured away to the western European leagues for much more lucrative pay.

Another player that the Viola acquired from the Crno-beli is defender Nikola Milenković, who cost the Florentines €5.1 million in the summer of 2017. After a slow start in Florence, the Serbian international has developed into an effective defender with a no-nonsense approach.

The 23-year-old has been linked with Italian giants Juventus but English Premier League club West Ham United look the most likely candidate to take him away from Fiorentina. Milenković came through the Partizan youth academy, and then spent the 2015/16 campaign on loan at Teleoptik, a club in the Serbian League Belgrade (one of the groups that form the Serbian third division).

He was brought back to the Serbian giants for the 2016/17 season and it was certainly one to remember for the young defender. He played in 40 competitive matches and scored three goals as the Crno-beli went on to secure the league and cup double. The cup triumph was a special memory because it was against city rivals Red Star Belgrade and the defender scored the only goal of the game.

After an outstanding season with Partizan the year before, Milenković had to wait patiently for his opportunity to appear for Fiorentina. He made his debut in Week 18 of the 2017/18 Serie A season, coming off the bench in the 84th minute in a 1-0 win away to Cagliari, and then he played for the whole game in its 1-0 defeat to Lazio in the Coppa Italia quarter-finals.

Coach Stefano Pioli gave Milenković his first Serie A start in Week 23 and the Viola defeated Bologna 2-1 away. From then on, the Serbian was often one of the first names on the team sheet, but he did show some of his trademark aggression in a 1-1 draw away to Atalanta in Week 25.

The Serbian youngster earned two yellow cards in the space of two minutes and he was given his marching orders after pulling down La Dea playmaker Alejandro “Papu” Gómez. Despite his moment of rashness, Pioli kept his faith in Milenković and the emerging center-back had step up after the tragic passing of Fiorentina captain Davide Astori. The Italian international suffered a cardiac arrest in his sleep on March 4 and its match against Udinese had to be rescheduled.

After serving his suspension, he only failed two start two league matches for the remainder of the season. Milenković finished the 2017/18 Serie A campaign with 16 appearances and he was also selected to represent Serbia at the 2018 World Cup.

He featured in the two friendlies prior to the tournament – which were also his first two appearances for his country at senior level – and he played every minute for the Serbians in Group E. Unfortunately, the Balkan nation were eliminated after one victory and two defeats, but the promising defender was one of the bright spots of their campaign.

Milenković completed five out of six tackles, made 17 clearances, made three interceptions, and blocked five shots at the World Cup. He was also fouled once and committed just one foul all tournament. The 2018/19 season was one of mixed emotions. Fiorentina was predominantly mid-table but Pioli resigned in April 2019 and he was replaced by Vincenzo Montella. The Gigliati were almost dragged into relegation battle but they fortunately avoided the drop and finished 16th in Serie A.

In the Coppa Italia, they reached the semi-finals and they had thrashed Roma 7-1 on the way, but they could not get past Atalanta, who won 5-4 on aggregate. Milenković played 34 Serie A matches in 2018/19, scoring three goals, earning seven yellow cards and one red, and he committed 60 fouls. He also appeared four times in the Coppa Italia.

The Serbian also achieved some career highs in terms of defensive statistics that season. He completed 59 out of 75 tackles, was fouled 19 times, made 48 interceptions, made 136 clearances, blocked 18 passes, and he also blocked seven crosses.

He was once again a rock in defense throughout the 2019/20 season, making a career-high 37 Serie A appearances and scoring five goals, another career best. Forty-six out of 66 tackles were successful, equaled his career best of 18 passes blocked, he committed a personal high of 61 fouls and he was fouled 17 times as well.

The 2019/20 campaign was the first of the Rocco Commisso era but the initial euphoria turned into great disappointment. Montella was sacked in December 2019, and he was replaced by Giuseppe Iachini, who guided the team to 10th place in the Serie A table.

Iachini remained in place for the following season, but he was sacked in November 2020 and reinstated after his replacement Cesare Prandelli resigned in March 2021. The Florentines finished 13th in the Italian league, largely thanks to the 21 goals from scoring revelation and Milenković’s compatriot Dušan Vlahović. Meanwhile, Milenković remained a mainstay of the Fiorentina defense, playing 34 times in Serie A, scoring three goals, earning seven yellow cards, and a red card.

Milenković’s contract with Fiorentina expires in June 2022 and he has no intention of renewing it. He is expected to join West Ham for a reported figure of €18 million, and with his physical attributes, he should be able to adapt to English football. At 23 years of age, the Serbian international still has room to improve, but he has displayed so far that he knows how to defend well and he will not be intimidated.