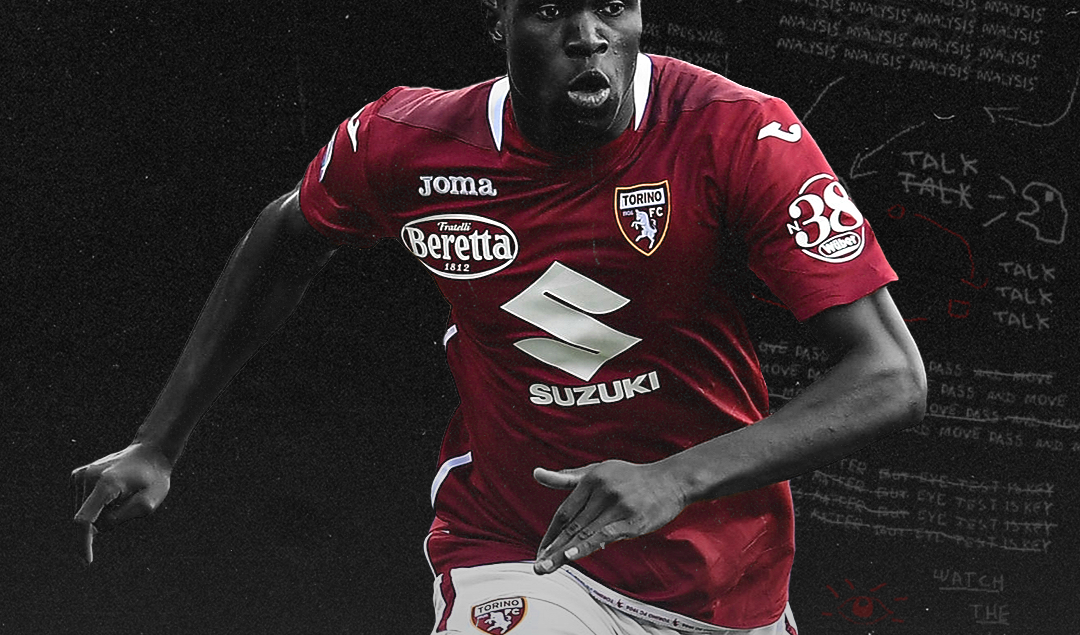 Youth versus experience. A team near the bottom of the league table against a team fighting near the top end. Inter should have defeated Torino comprehensively when the two sides faced each other in Serie A recently but it was a struggle for the Nerazzurri.

One of the unlikely battles that took place during the match was between the experienced English defender/midfielder Ashley Young for the Biscione and Ivorian starlet Wilfried Singo for the Granata. The 19-year-old was brought into the Torino starting line-up, and despite the Torinese club losing 4-2 to Inter in their Week 8 encounter, he played an excellent match at right wing-back and was not overwhelmed by facing the former Manchester United footballer.

When Singo left AS Denguélé from Odienné in the Ivory Coast in January 2019, then-Granata sporting director Gianluca Petrachi signed the right-back for the Toro youth team, but the youngster has played well for the senior squad whenever the opportunity has arisen.

The Ivorian Under-20 international was given his Torino primavera debut by manager Federico Coppitelli in the 2019 Viareggio Cup, where he played in all four matches and performed in a number of different positions in defense.

He was then promoted to the senior squad for the remainder of the 2018/19 season but Coach Walter Mazzarri never took him off the bench. For the majority of 2019/20, Singo featured for the Granata youth team, but the COVID-19 outbreak meant that the Campionato Primavera was stopped. Coppitelli’s replacement Marco Sesia used the Ivorian as a right wing-back but the youngster also played on the right side of the defensive trio occasionally. 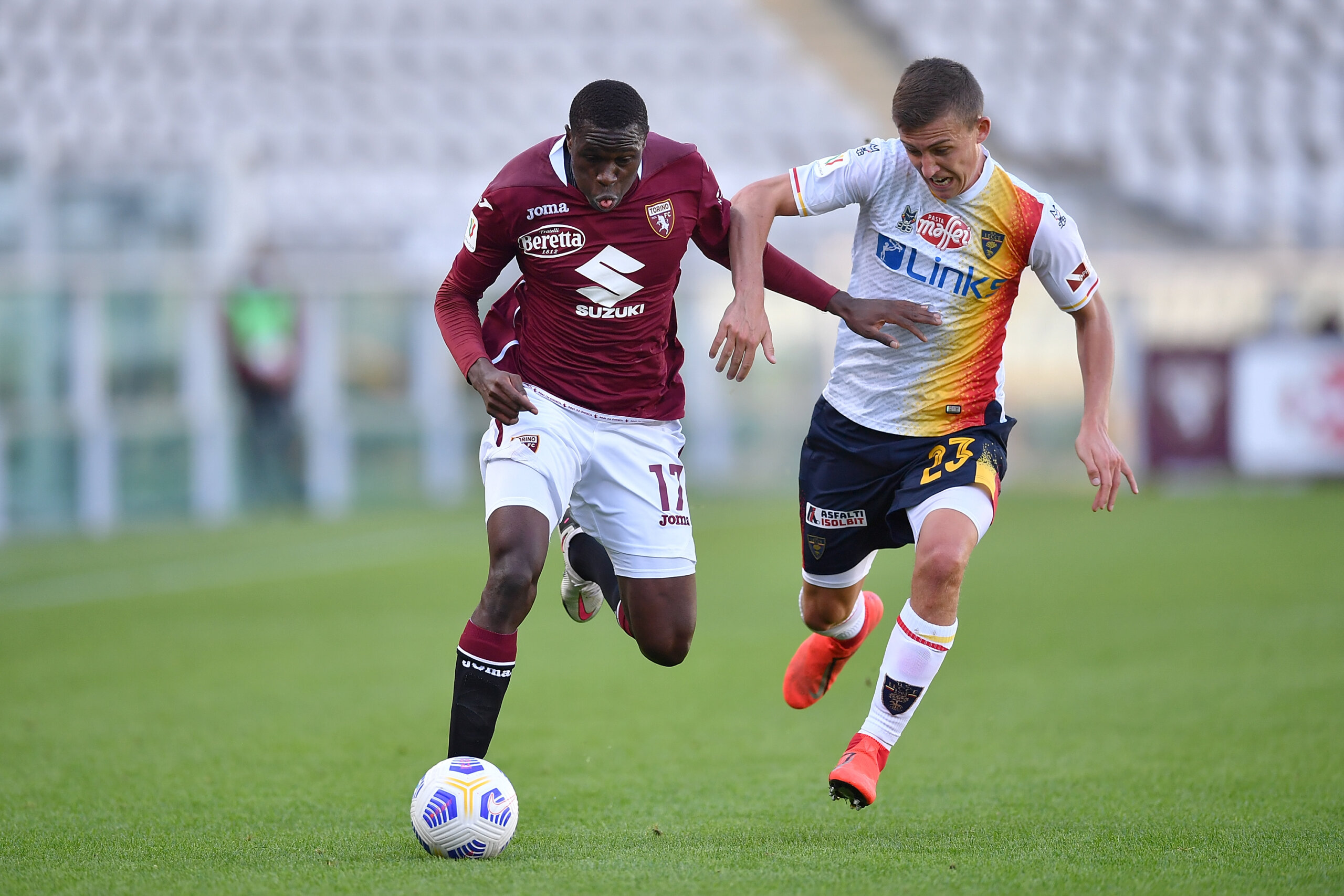 In August 2019, Singo had made three substitute appearances in the Europa League qualifiers, and he finally made his Serie A debut in June 2020 in a 4-2 defeat to Cagliari. After being named on the bench numerous times by Mazzarri, his replacement Moreno Longo put him on to replace Ola Aina in the 74th minute.

The 19-year-old made two more substitute appearances before Longo decided to start him for the penultimate round of the 2019/20 Serie A season in the match against Roma. His direct opponent was Leonardo Spinazzola and he was not overawed by facing the Italian international throughout the match. Toro suffered a 3-2 defeat, but Singo did walk away from the match with a personal highlight, scoring a lovely consolation goal.

Giallorossi goalkeeper Pau López kicked the ball into the opposition half, only for the Granata wing-back to delicately control it with his right foot. He turned and took a heavy second touch, easily beat Spinazzola for pace, and ran diagonally towards goal. His angled drive was so powerful, López failed to hold the shot and the ball rolled into the net.

However, a shoulder injury kept the Ivorian out of the final round of the 2019/20 Serie A season as well as the opening two games of the current league campaign. With the arrival of Kosovar international Mërgim Vojvoda from Belgian club Standard Liège, it seemed that the youngster would find his opportunities limited, but he has come off the bench in four matches and he started in Torino’s 2-1 victory against Genoa, its first for the season.

Leading up to the match against Inter, a few people at Torino had contracted COVID-19 including players Amer Gojak and Saša Lukić as well as Coach Marco Giampaolo, and star striker Andrea Belotti had to pull out after the warm-up. Assistant coach Francesco Conti scrapped Giampaolo’s preferred 4-3-1-2 formation, and switched to the 3-5-2, which the players had been familiar with under previous coaches.

Despite those obstacles, Il Toro attacked the Nerazzurri and found themselves 2-0 up. The Biscione were conceding a lot of space and were not applying a lot of pressure on the Granata. This allowed the Torinese side to pass right through them and they probably should have scored more than twice.

Singo was one of the players thriving under the circumstances. He was drawing fouls, going on dribbles, and provided crosses. Simone Zaza opened the scoring just before half-time, and Cristian Ansaldi doubled Torino’s lead after 62 minutes after VAR spotted a foul on Singo, who had been kicked in the chest by Young. 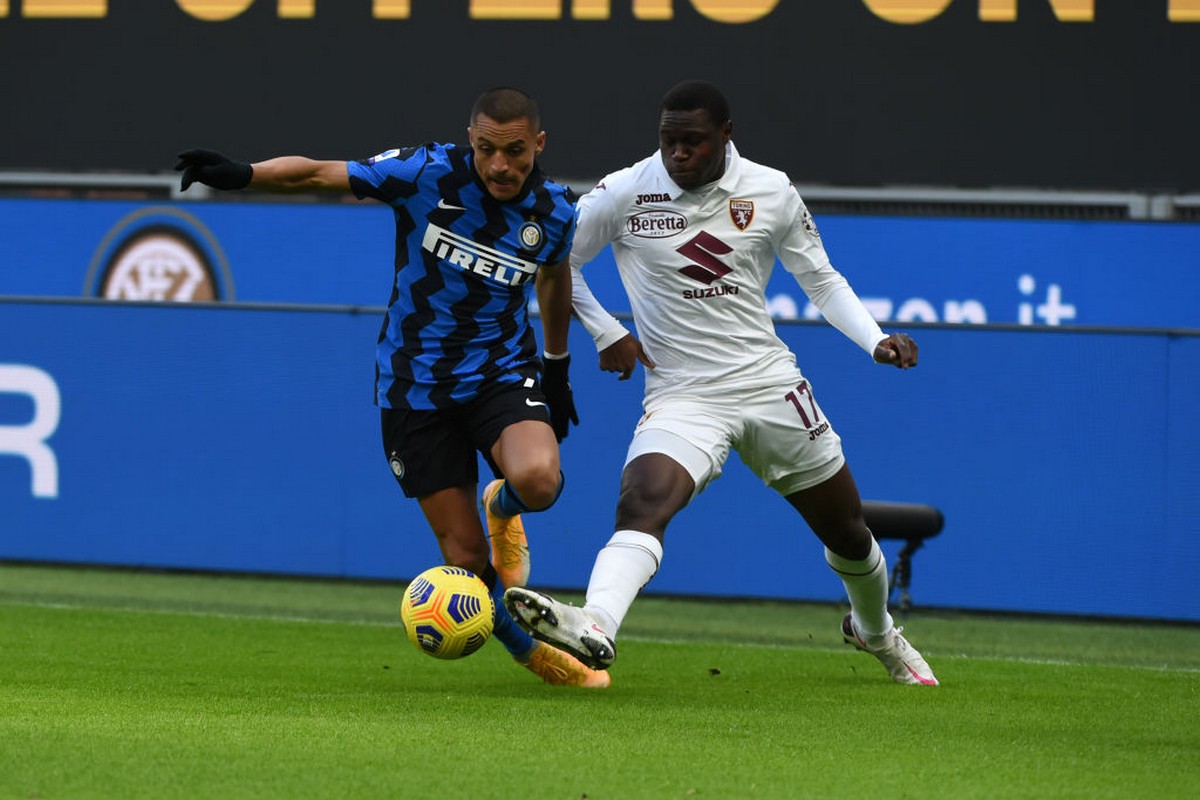 Torino eventually collapsed but Singo kept on battling until the final whistle. Although his team returned to Turin with no points, he demonstrated that he is capable of playing regularly in Serie A and he is eager to earn a permanent spot in the starting XI. It is clear that the Torinese club have faith in the 19-year-old and they have decided to extend his contract until June 2023 with an option for an additional year.

“I thank the sporting director [Davide] Vagnati, my agent, and above all the president [Urbano Cairo],” Singo said on November 24. He has shown confidence in me and led me to the renewal. I thank the staff at the club, we will see what the future holds,” said Singo.

“I am working to carve out space among the starters. It’s not easy, but with self-belief, l I can do it. At first, it was difficult, but now you can see the fruits. I hope it will happen. I feel good as a central defender and as a right-winger, I feel good in all roles. Coppitelli, Mazzarri and the other coaches have helped me, all have given me excellent advice.”

Torino is languishing in the relegation zone in the early stages of the 2020/21 season and it will take time for Giampaolo to protect to come to fruition if he is given the chance. Despite his young age, Wilfried Singo has demonstrated that he doesn’t need time, just the opportunities to keep shining.