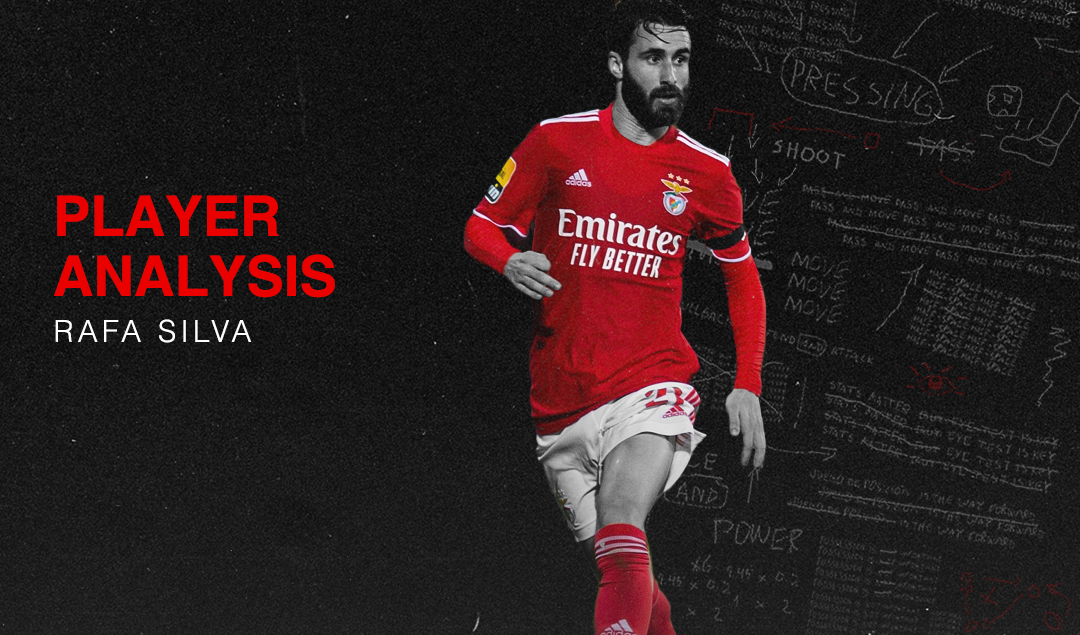 It has been a disappointing season for Benfica, who, after a perfect start to the campaign, have crashed out of the Taça de Portugal and fallen six points behind Sporting and nine points behind league leaders Porto. For the second straight season, it seems that Benfica will wait on the sidelines and watch a two-horse title race between their two eternal rivals.

However, one player who has been a consistent shining light for Benfica is Rafael Alexandre “Rafa” Fernandes Ferreira da Silva. The 28-year-old playmaker is having one of his finest seasons where he leads the league’s assist chart with 13, six more than Fábio Vieira, Otavio, both of FC Porto, and Pedrinho of Gil Vicente.

Rafa joined the Lisbon club in the summer of 2016 from Braga for a fee of around 16 million euros. He has won the Portuguese league twice with Benfica, he has won the Euros and the UEFA Nations League with Portugal, but he has never reached the heights he is reaching this season in terms of consistent performances.

A 10/10 Performance vs Maritimo

Rafa Silva delivered one of his best performances of the season where he scored a goal and produced a poker of assists in Benfica’s 7-1 win over Maritimo. In addition, he made 7 key passes and created 5 big chances for his teammates.

Within three minutes of the game, he produced his first assist to Darwin Nunez, albeit an unintentional pass but was credited to his account as an assist.

This came in the 33rd minute of the game when he received the ball in the middle of the pack and spun around the defender, moved towards goal, and gave a sideway pass to the right-hand side where Gilberto met the ball and fired a rocket of a shot into the back of the net.

The third assist is every center forward’s delight as Rafa Silva found himself 1 v 1 with the onrushing goalkeeper Paulo Victor and instead of going for goal himself, he opted to square the ball to Roman Yaremchuk for a tap-in into the open net.

It’s the type of goal a striker scores and gets the assister a cup of coffee after the game for literally increasing his goal tally on a platter of gold. 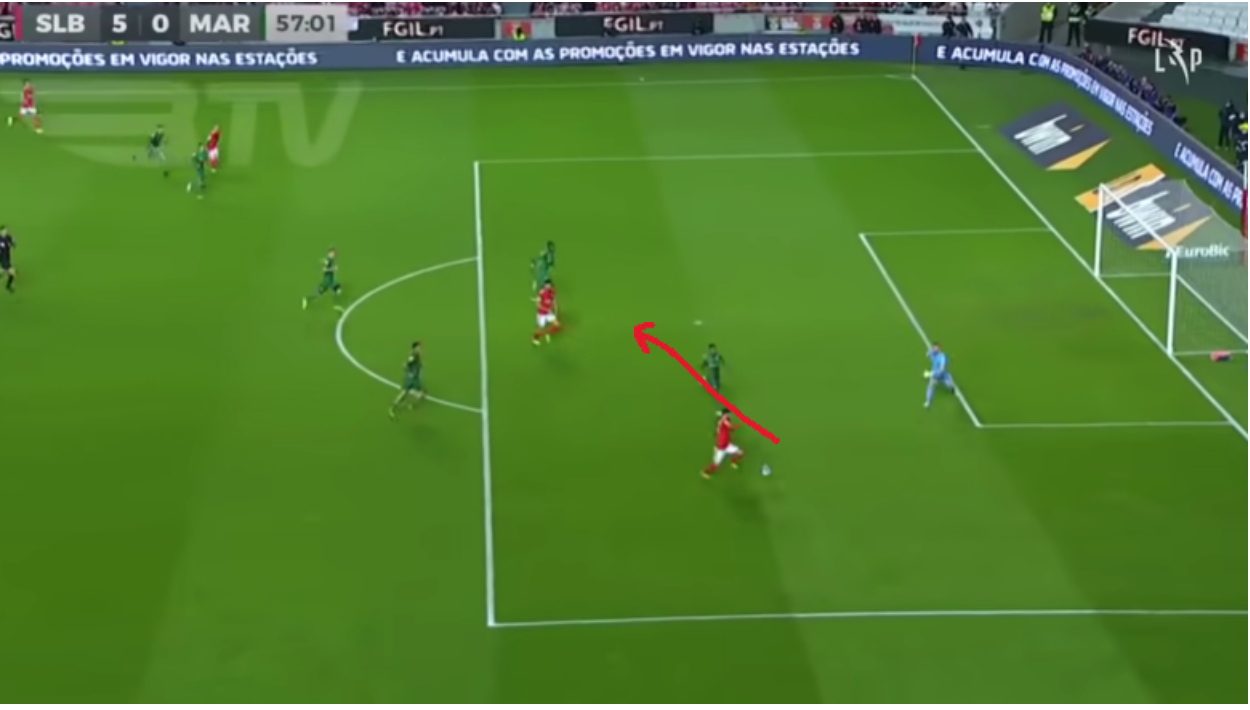 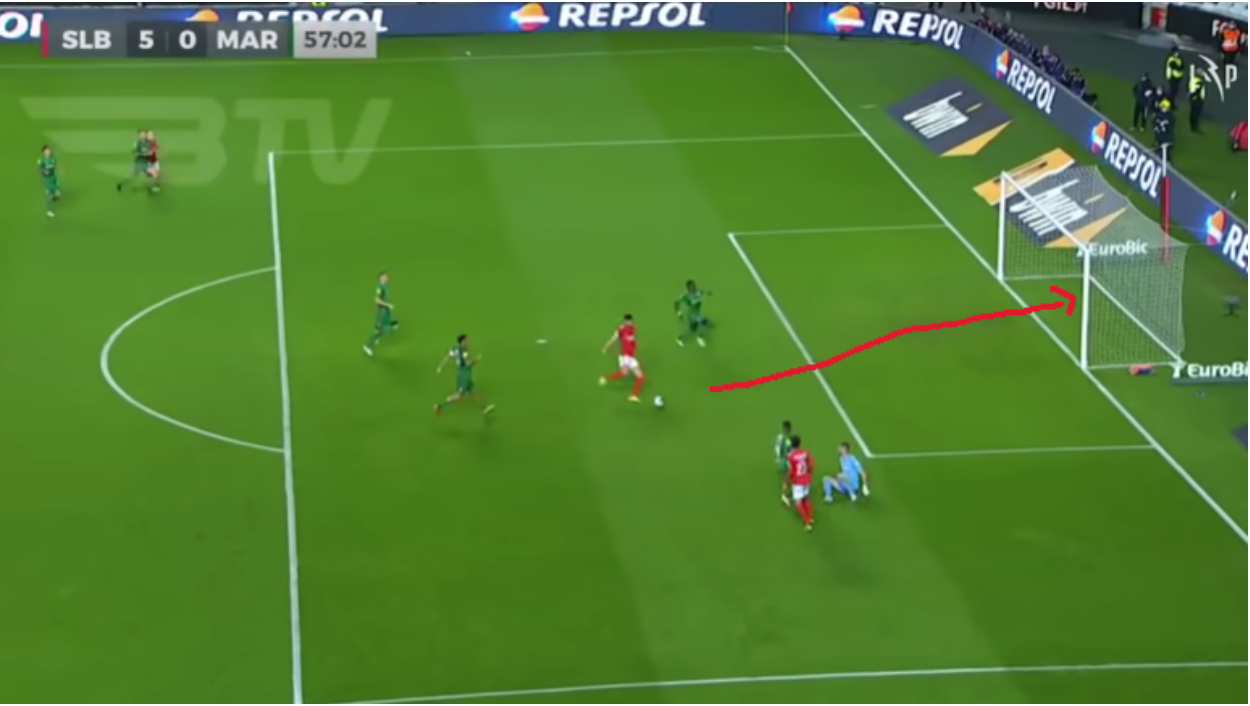 His fourth and final assist of the game came on the stroke of 90 minutes when he delivered an inch-perfect cross from the right wing position unto the head of the substitute striker Haris Seferovic to make the game 7-1 in favor of Benfica. 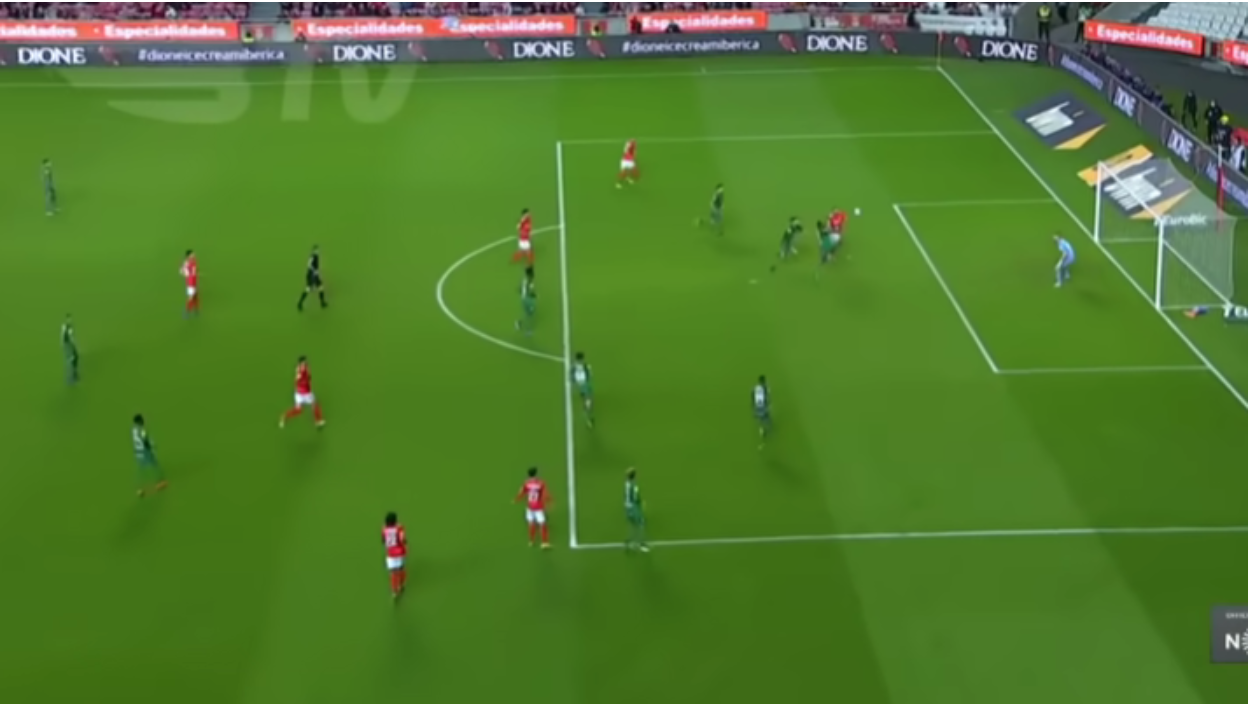 Rafa Silva’s goal came three minutes after the start of the second half, where he received a through ball from Roman Yaremchuk and lifted a well-placed lob over the onrushing goalkeeper. 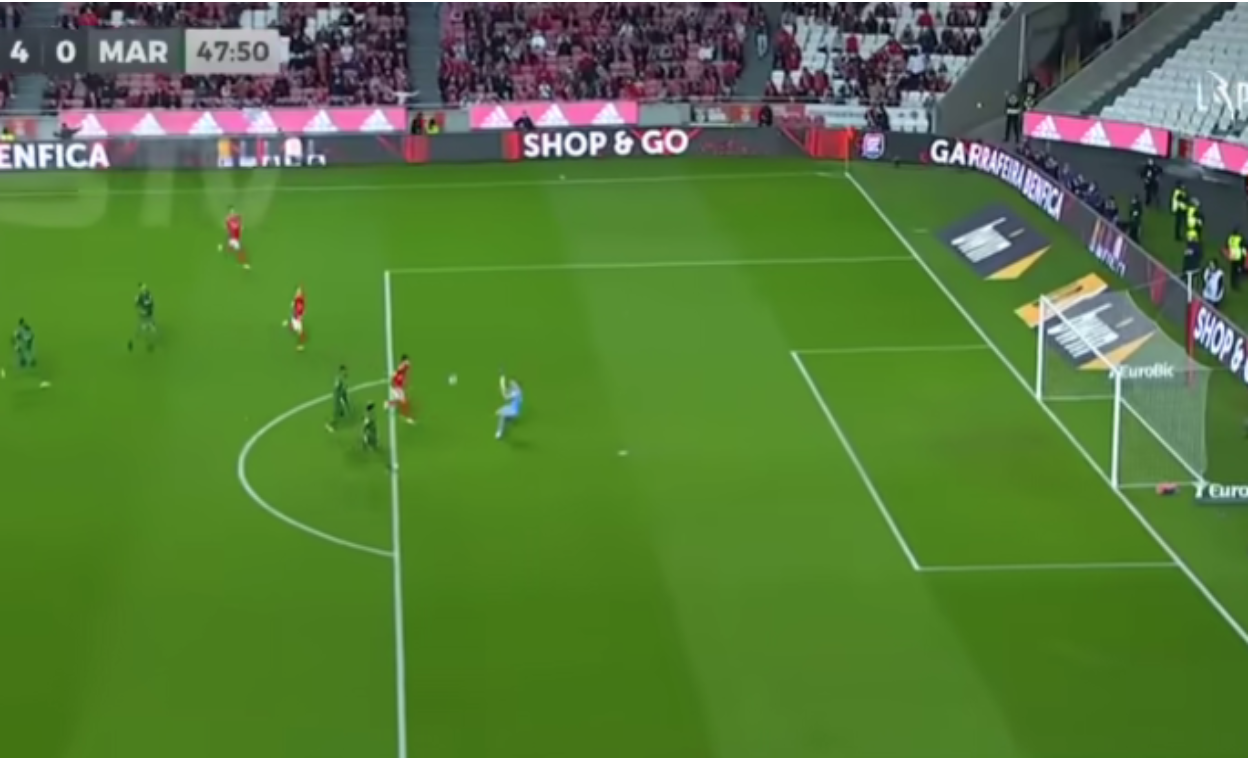 Against Famalicao, Rafa Silva scored a goal and had a hat-trick of assists, all of which Darwin Nunez was the beneficiary, scoring a hat-trick of goals in the process.  He had a 75% dribble success in the game, creating 2 big chances with 3 key passes for his teammates.

The most aesthetic assist that Silva produced on the day was for Nunez’s second goal where Silva once again displayed the selfless nature of his persona. He was put through on goal and could have easily scored himself but decided to lob the ball towards the Uruguayan striker for a tap-in. 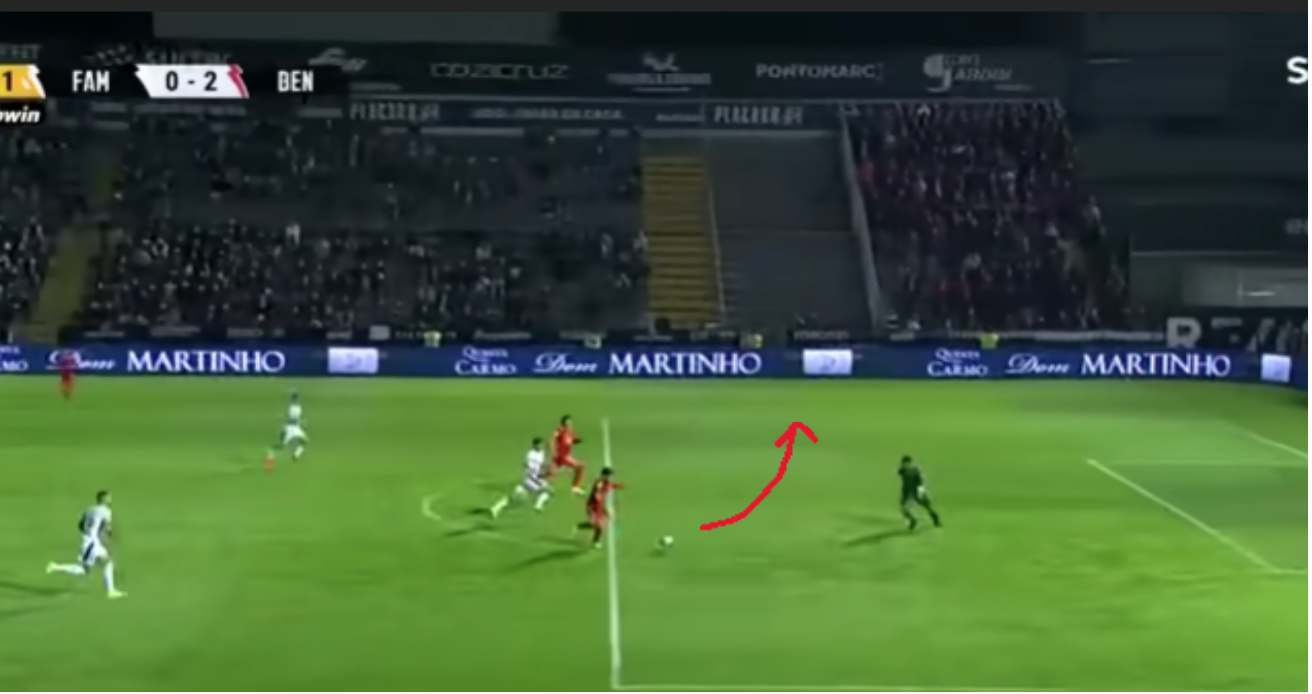 Rafa Silva’s performances have been crucial for Benfica this season, scoring seven goals and leading the pack in the assists section with 13. The league was predicted to be a three-horse race between Porto, Sporting and Benfica, but the latter trail the top 2 by 9 and 6 points halfway through the season and other players will have to step up their game if they are going to mount a title charge under interim manager Nelson Verissimo.

At 28 years of age, Rafa is slowly moving towards the prime of his career and much is expected from him in the coming 3-4 years. His national team stats aren’t impressive, having made his debut for the Portuguese national team in 2014, playing 25 games, 17 times as a starter and 8 times as a substitute.

He has no goals for Portugal with only 4 assists and one of the assists came during the opening match of last summer’s European Championship when he played a neat 1-2 with Cristiano Ronaldo for Portugal’s third and final goal in their victory over Hungary. 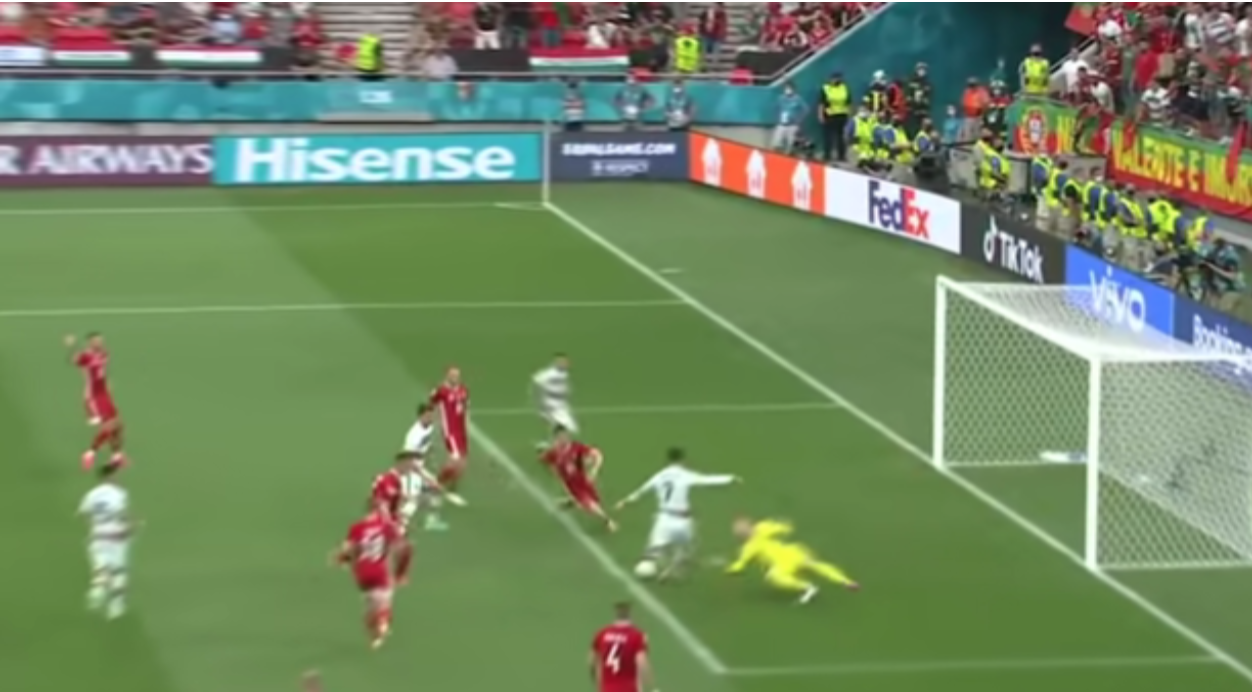 He has zero FIFA World Cup appearances as he was an unused substitute in the 2014 World Cup and didn’t even make the squad four years later in Russia. He played 51 minutes in the Euros last year, making two substitute appearances in games against Hungary and Germany.

Rafa has a Euros gold medal to his laurels for being part of the Portuguese team that won the Euros in 2016, although he played only one minute in the tournament when he came in for Luis Nani in the dying seconds of the group stage game against Austria, whilst also being awarded the Commander of the Order of Merit for his role in Portugal’s triumph.

Despite Benfica’s poor form over the past few months, Rafa has arguably been the finest player in the Primeira Liga this season alongside Porto winger Luis Diaz. The Colombian will surely be on the move this coming summer with the likes of Liverpool interested, but Rafa, whose contract expires in 2024, could also be on his way out. 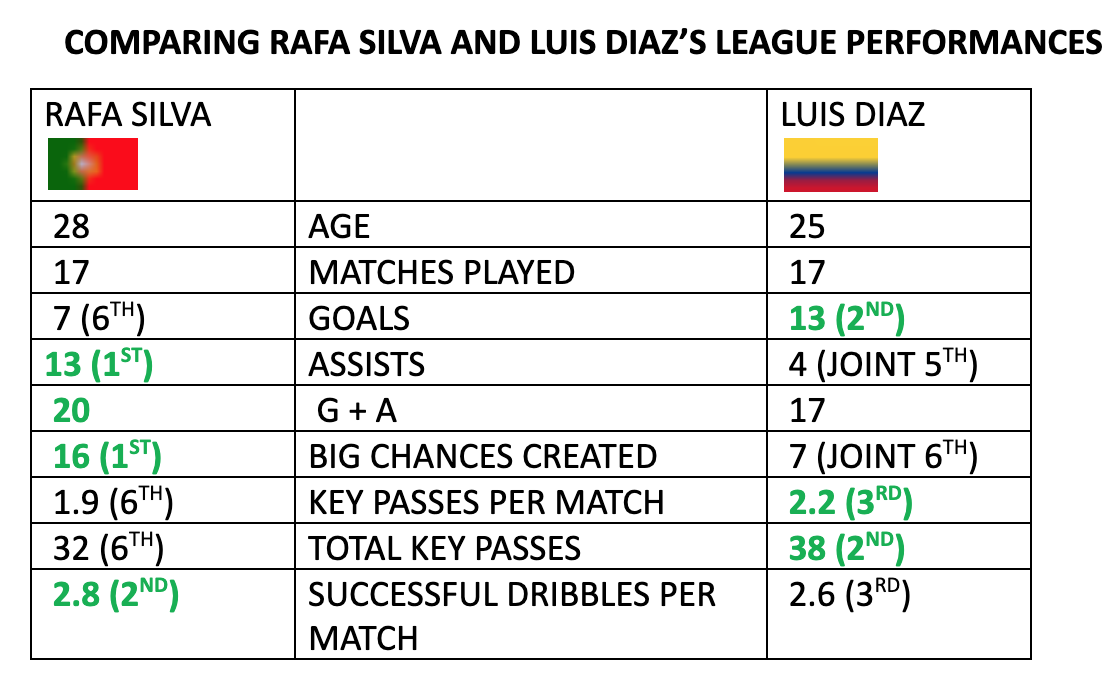 It has been an impressive career for Rafa Silva. After developing at smaller clubs Povoense, Alverca and Feirense, and after honing his skills at Braga, Rafa has become a key player for Benfica and a Portugal international, but it has not been until this season that he has taken the next step to the top level.

The 28-year-old has not played much for Portugal since last summer’s Euros, playing just 45 minutes in a World Cup qualifier against Ireland as well as nine minutes in a friendly against Qatar.

If he wants a spot on the roster for March’s play-offs for the 2022 World Cup, he’ll have to beat out competition from the likes of Goncalo Guedes and Andre Silva, but his numbers are good enough for a recall to the national team as they look to avoid a shock elimination at the qualifying stage.