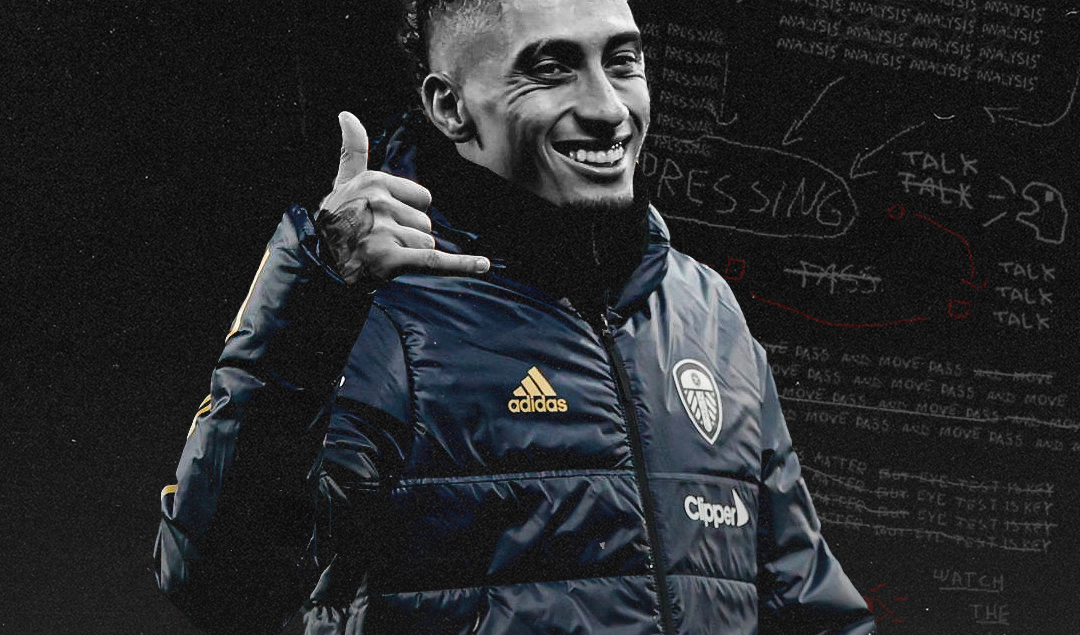 When Raphinha joined Leeds on October 5, 2020, for £17 million, few eyebrows were raised. The Brazilian winger had just helped Rennes secure Champions League football for the first time in club history, contributing 9 goals and 5 assists in all competitions, and had impressed in Portugal for Sporting and Vitória de Guimarães, but nevertheless, not too many fans had been wary to the Brazilian’s talent.

Fast forward a year and a half, Raphinha is now linked with a £42 million move to Bayern Munich. Whilst the German champions boast the likes of Jamal Musiala and Leroy Sané in attack, both Serge Gnabry and Kingsley Coman’s contracts are set to expire in 2023 and Raphinha has proven to have what it takes to make the step up to a top-level club like the Bavarian side.

Under the tutelage of Marcelo Bielsa, Raphinha has taken to England like a duck to water. With his sublime close control, immense dribbling and speed, he has been one of the Premier League’s most consistent wingers and the scourge of fullbacks up and down the country.

He was one of the main reasons Leeds finished 9th in their first season back in the Premier League, and one of the main reasons why they are above the relegation zone. Raphinha has typically played on the right wing of Leeds’ 4-1-4-1 formation, and it is clear that he is a step above his fellow attackers such as Jack Harrison, Daniel James and Tyler Roberts.

Bielsa is famed for his high pressing, gung-ho style of football, which has fitted Raphinha like a glove, and his high energy has meant he never shirked away from the defensive side of the game as last season he ranked amongst the top 10 for tackles + interceptions per 90 amongst forwards in the Premier League with 2.60, but it is his ability with the ball that has garnered him many suitors across Europe.

Raphinha’s versatility means that he can play on either wing but also operate in the number 10 role if required. He has stupendous close control, dribbling ability and agility that harkens similarities to Riyad Mahrez, which allows him to dribble past his marker. Even though he is heavily left-footed, he is not afraid of going down the line on his right foot, making him even harder to defend against.

Here he is one on one against Southampton’s Mohammed Salisu on the right flank. Instead of cutting in on his stronger left foot, he attacks the space down the line shown to him by the Ghanaian defender.

He beats Salisu for pace, which leads to the defender making a rash challenge on him from behind in the box. Raphinha stays up and cuts the ball back for a great chance for Tyler Roberts, showing his composure in the final third. 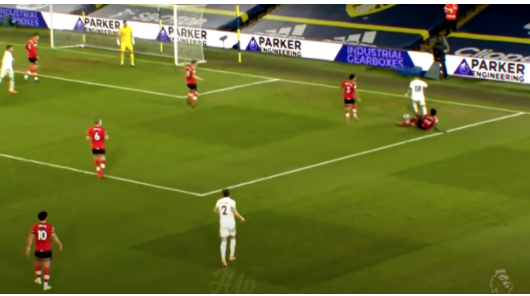 The 25-year-old is not just all show, however, as the Brazilian combines flair with effectiveness. He has a great crossing ability which leads to him being a constant threat on set plays. His passing ability is superb as his switches across the pitch lead to unbalancing the opposition.

All of this contributed to him supplying nine assists last season in the Premier League, making up a big part of Leeds’ attacking threat alongside Jack Harrison and Patrick Bamford.

An example is against Newcastle in which Raphinha collects the ball in midfield and sees Harrison making a run in behind, before playing a defence-splitting pass. Harrison collects the ball behind the Newcastle defence in a dangerous position and proceeds to lash it in on the half volley.

Not only is he an excellent playmaker, but he is also calm and composed in front of goal. Last season, he scored 6 goals in the Premier League, but he has already surpassed that tally with 8 goals in 16 appearances this season.

With Patrick Bamford being sidelined with ankle and hamstring injuries, making just 6 league appearances, Raphinha has stepped up as the club’s creative talisman and leading scorer. He has scored more than 44% of the Yorkshire outfit’s Premier League goals this season — if Leeds are to end up surviving relegation, they’ll need Raphinha to stay consistent and healthy.

An example of this is against Everton this season where he picked up a pass on the edge of the box. He used his side foot to bend it away from Jordan Pickford into the bottom corner to rescue a point for Leeds when it seemed like they were on the verge of defeat.

His goalscoring threat is not limited to inside the box, as he can also shoot from outside as well. He picks the ball up in midfield 25 yards from goal and sees Harrison making a lung-bursting run, but chooses to shoot instead. The shot catches Pickford off guard and nestles in the bottom corner, the first of 14 goals he has scored for the club.

He is not only comfortable on the wing, as the former Avaí youth player is equally as comfortable coming in between the lines and combining with his teammates. In a constantly shifting system like Leeds, players must be able to receive the ball comfortably from anywhere across the pitch.

Raphinha’s footballing IQ allows him to do so, as his combination play alongside Mateusz Klich and Luke Ayling on the right-wing perplexes many opponents. Coming in between the lines and driving with the ball allows Raphinha to pick out teammates and to draw fouls in dangerous areas for the Leeds team.

His excellent form has not just been noticed by Europe’s elite, but by Brazil manager Tite. He made his debut for the Seleção on October 7 in a 3-1 comeback victory against Venezuela, providing two assists and winning a penalty. After a 29-minute cameo against Colombia, Raphinha made his full debut against Uruguay where he registered a brace and showcased his excellent off-the-ball movement in his second goal.

After his stellar performance against Uruguay, Raphinha started in each of Brazil’s next two matches against Colombia and Argentina, a 1-0 win and a goalless draw, respectively. Despite making just five appearances, and despite the intense competition from the likes of Malcom and Richarlison, it seems all but certain that Raphinha will be on Tite’s squad for the upcoming FIFA World Cup.

His game has been compared to Ángel di María stylistically as both are being left-footed right-wingers who love to dribble and who operate as wide playmakers. However, if Raphinha is to become anywhere near as decorated as El Fideo, a move away from Elland Road would be best for his progress.

He is 25 years old and is entering his prime, and after spells at Avaí, Vitória de Guimarães, Sporting and Rennes, a move to a Champions League side in the ilk of Bayern Munich or Liverpool would be best for his career. With his contract set to expire in 2024, it seems only a matter of time before Raphinha leaves Leeds and surpasses Rio Ferdinand’s £33.3 million figure to become the most expensive departure in club history.