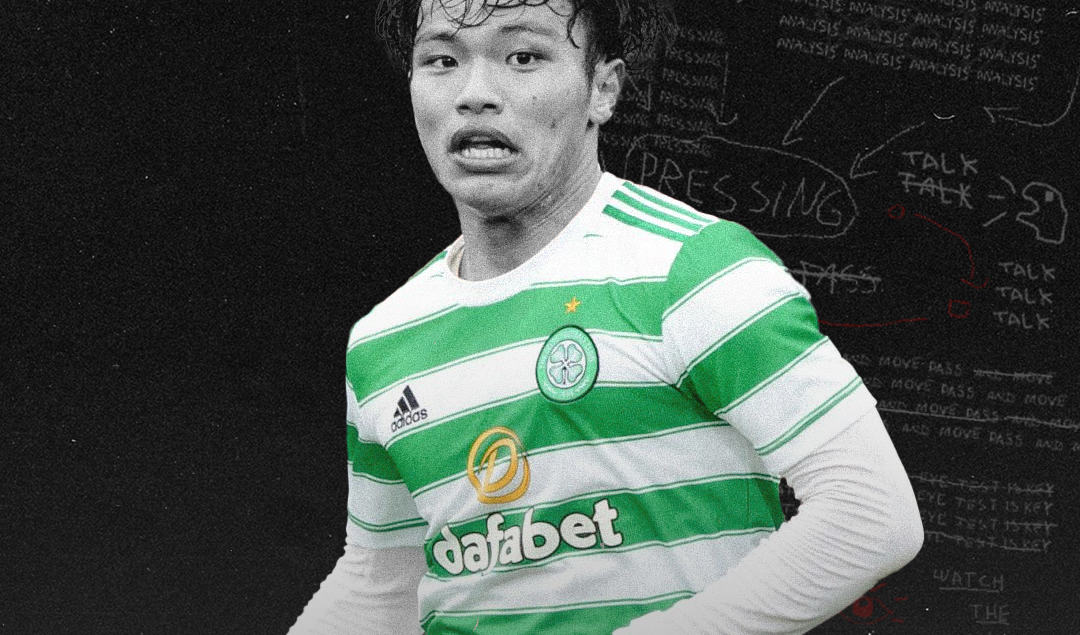 After failing to win their 10th straight Scottish Premiership after being denied by Steven Gerrard’s Rangers, Celtic are once again champions of Scotland, having closed out their season with a 6-0 home win against Motherwell. As the players celebrated the title with their supporters, many turned their thoughts to the other side of the world located an 18-hour flight: Japan.

Kyogo Furuhashi joined from Vissel Kobe on July 16, 2021 as a replacement for the outgoing Odsonne Edouard to Crystal Palace for £4.6 million and opened the scoring within 21 minutes to secure his 19th goal of the season. David Turnbull and Furuhashi added goals just before the break with Daizen Maeda, who joined on loan from Yokohama F. Marinos in January, providing the assist for Turnbull’s effort.

Maeda would find Jota to slot in the fourth goal at the hour-mark, and manager Ange Postecoglou, who was born in Greece but left at five years of age with his family to Australia on a boat after his father lost his business following the 1967 Greek military coup, and who would go on to manage the Australian national team before moving to Yokohoma, decided to make a quadruple substitution.

James McCarthy came on for Tom Rogic, Giorgos Giakoumakis came on for Furuhashi, Yosuke Ideguchi came on for Turnbull, and Stephen Welsh came on for Greg Taylor. Giakoumakis made it five at 68 minutes whilst Maeda picked up his third assist of the match after threading the needle to the Greek striker to add a second.

Since arriving from Japan in the January window, both Maeda (24) and Reo Hatate (24) have been crucial in providing Celtic with the extra spark in a battle between two new managers that ultimately saw Postecoglou come out on top against Giovanni van Bronckhorst, who can nevertheless end the season with a Europa League triumph against Eintracht Frankfurt.

During his time in the Japanese first division in 2021, Hatate spent 60% of his time in central midfield, 37% at left back and 3% at left wing in 30 games. He is a versatile, intelligent player who can use either foot well and who demands the ball in advanced areas by pulling himself into empty spaces before accelerating towards the box. 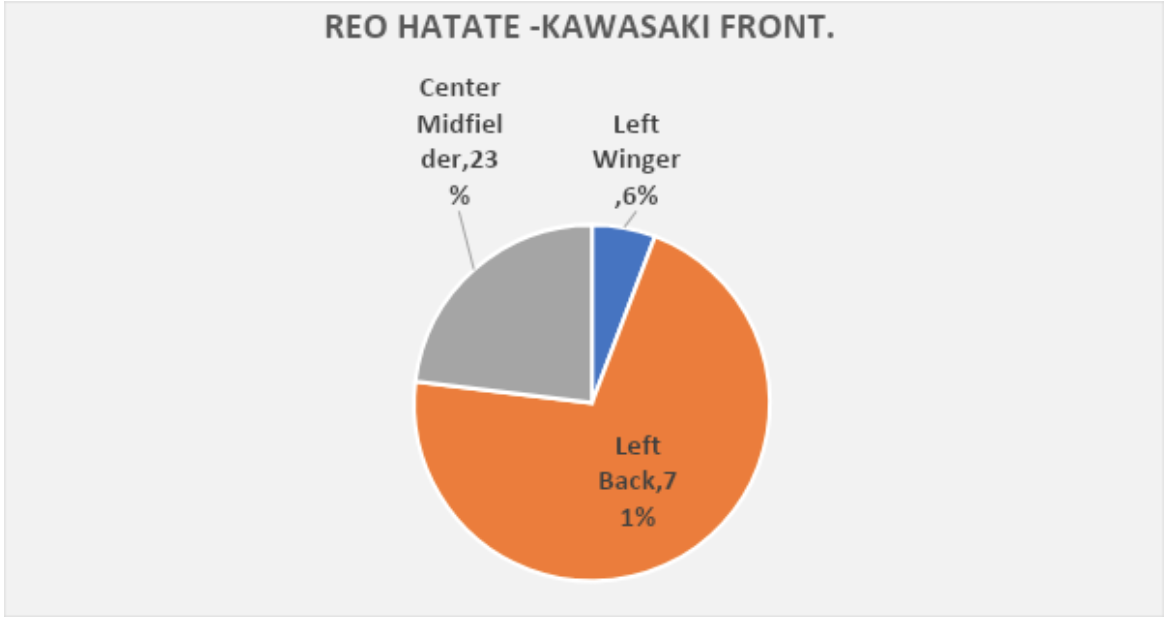 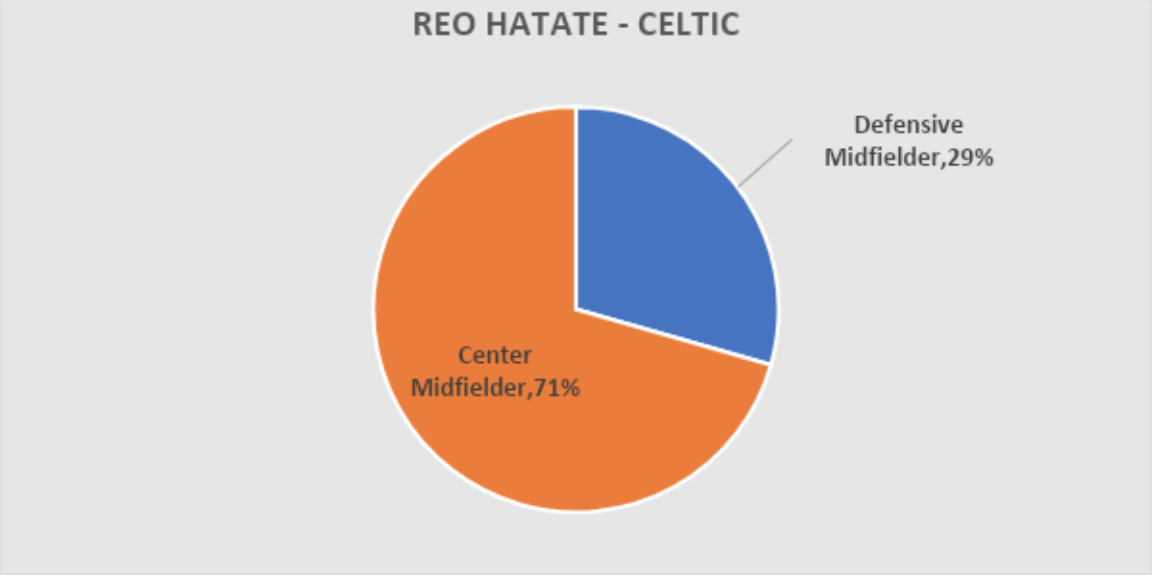 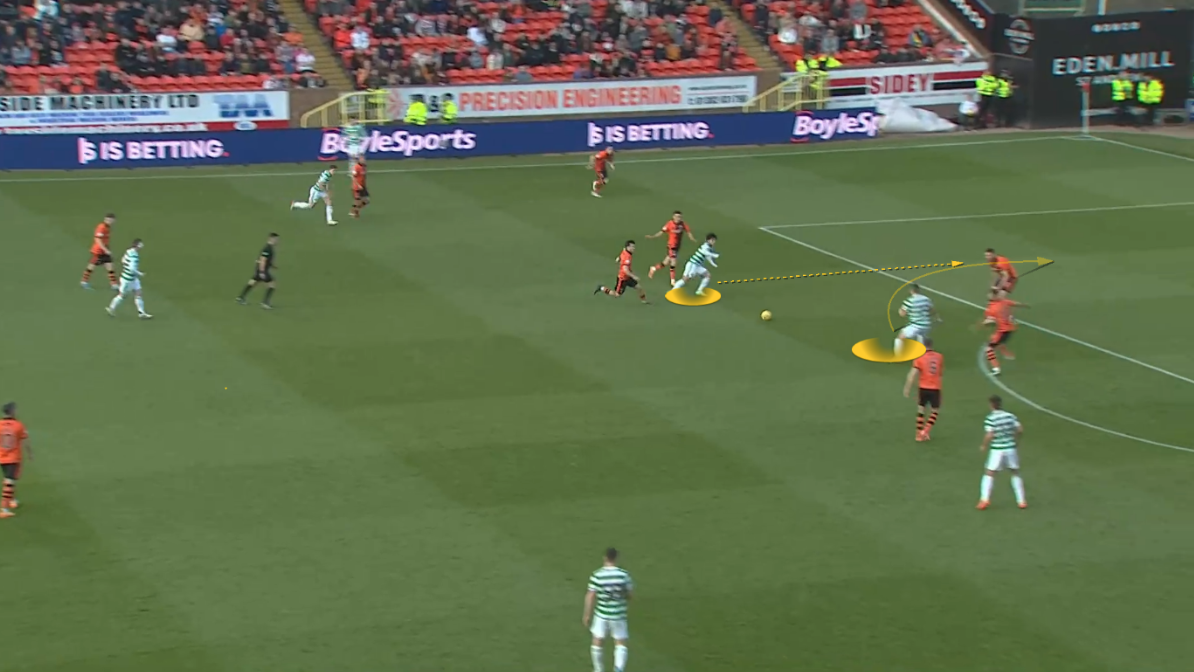 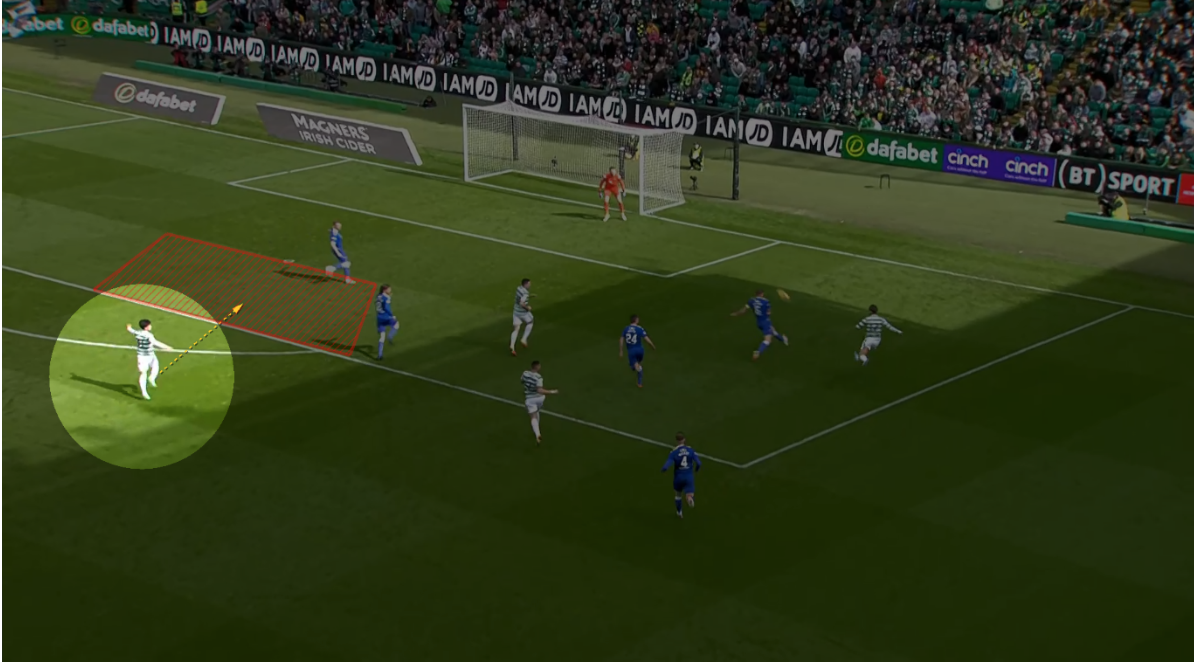 He is a quick player who can anticipate passes from the opposition and intercept them before breaking on the counter, but he leaves something to be desired with physical duels and aerial battles, attempting 1.76 aerial duels per match and winning 0.83, a success rate of 47%.

Hatate is capable of being that midfield orchestrator who can manage traffic and weave passes together, but he needs to work on his long pass accuracy. In total, he has scored four goals and provided two assists and created 1.86 expected goals with a Goal / xG efficiency rate of 115%, a decent return for his first few months in Europe. 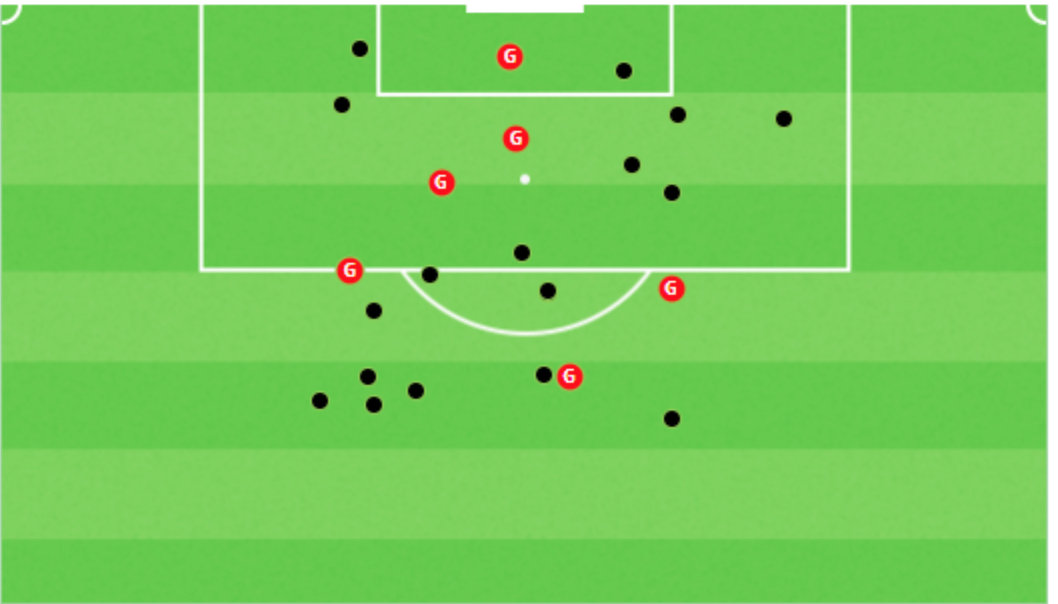 While dribbling, he occasionally lets the ball slip with a poor first touch and loses the ball an average of seven times per game. His average pass accuracy rate in the Scottish Premier League is 79%, and you can see the player’s pass combinations in the last 5 league matches in the image below. 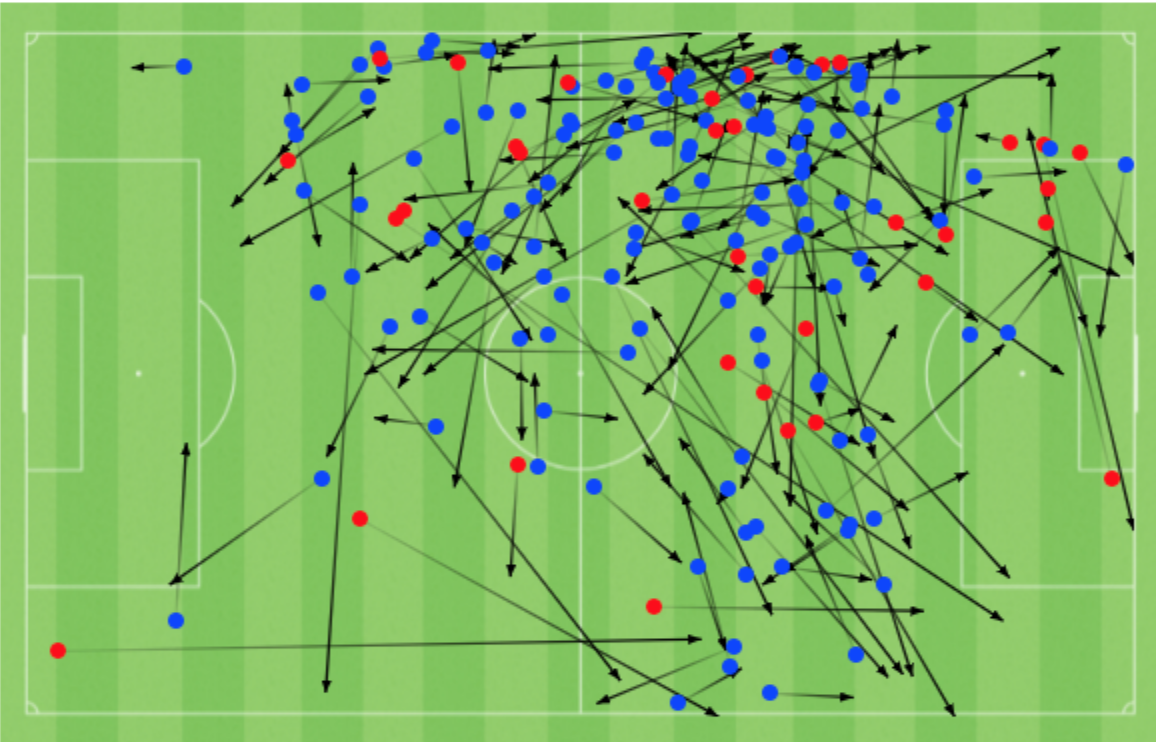 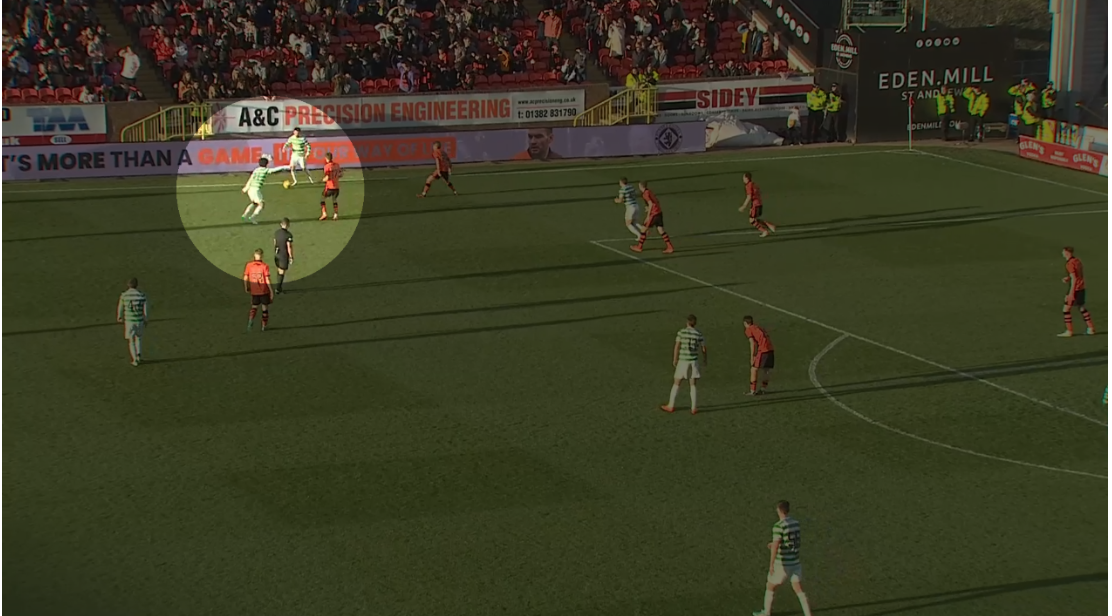 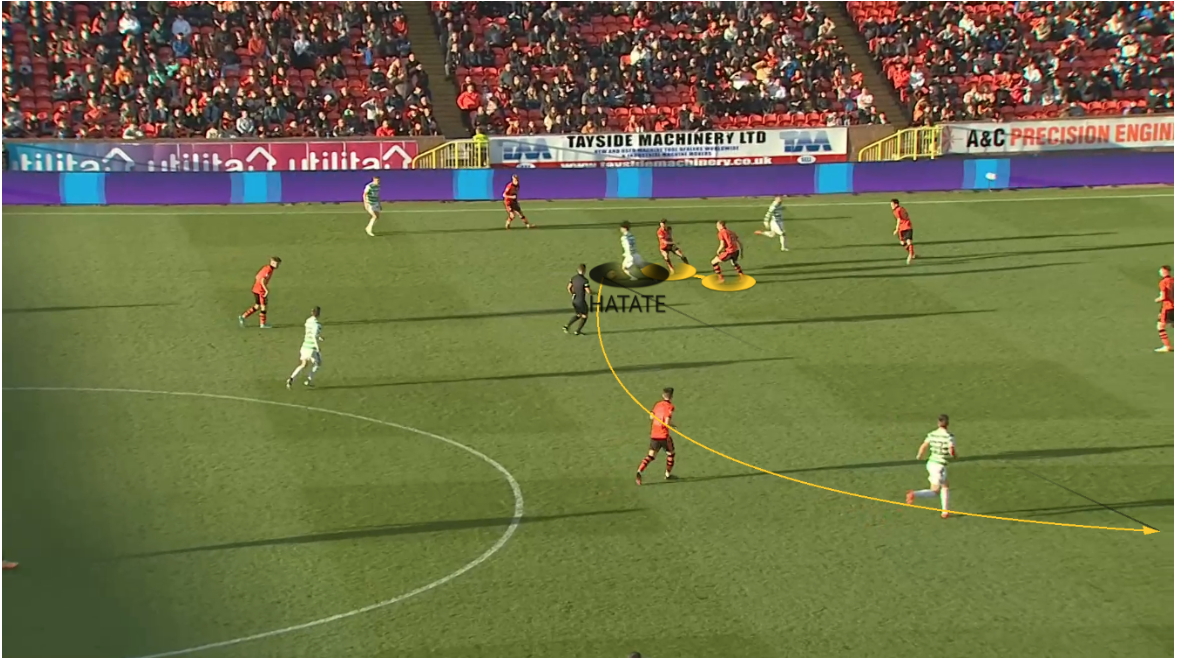 While there’s still plenty he can work on and improve on at 24 years of age, Reo Hatate has played a key role to allow Celtic to snatch the title back from their eternal rivals, and alongside Kyogo Furuhashi, Daizen Maeda, Ange Postecoglou, and Yosuke Ideguchi, he’s yet another reason why Celtic’s decision to turn their attention towards The Land of the Rising Sun has been a wise one.