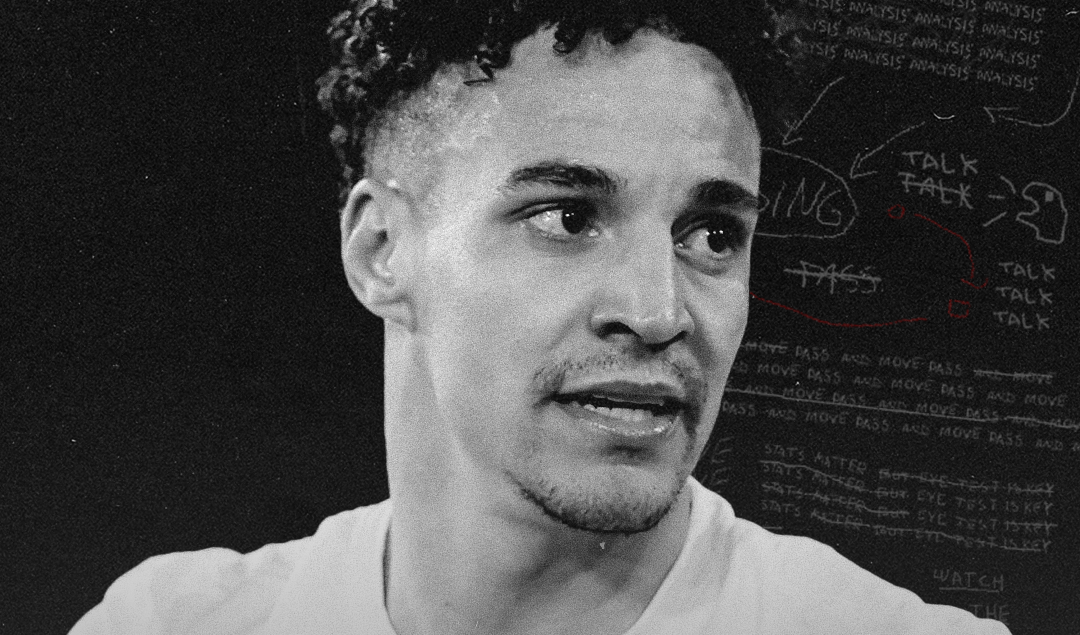 When Spanish international Rodrigo Moreno put pen to paper on a deal with newly promoted Leeds United, the signing looked to be a top-quality acquisition for Marcelo Bielsa’s team.

A versatile, pressing forward capable of linking the play and dropping deep to create openings, the former Valencia man looked a logical improvement on Patrick Bamford, who, despite scoring 16 times in their promotion-winning season, many thought wouldn’t be able to cut it at the highest level.

Bamford, however, proved all doubters wrong, netting 17 Premier League goals, meaning chances were few and far between for record signing Rodrigo to prove he warranted his £27m price tag.

A few cameo appearances as the out and out centre forward towards the end of that campaign did see Rodrigo end the season in fine form, notably hitting a fine brace in Leeds’ 4-0 victory at Turf Moor, yet he was unable to establish himself as the Whites’ number nine at the start of this term.

That is top class! 🤩

Excellent ball from Harrison into Rodrigo who spins Tarkowski AND Mee! 💫

Leeds are in the mood, love to see it! pic.twitter.com/IvdeXxPJ8j

An injury crisis, amongst other factors, has culminated in the West Yorkshire outfit embroiled in a relegation battle and Bielsa losing his job, with former Salzburg and Leipzig coach Jesse Marsch replacing him.

The American has guided Leeds to three wins and a draw from his six games in charge, and the Brazilian-born Rodrigo has played an integral part in the club’s upturn in form.

Predominantly deployed as a second striker in Marsch’s narrow 4-2-2 formation, which often fluidly reverts to a 4-2-3-1 with Rodrigo as the number ten, the forward has scored the joint-most goals for the club under their new manager, three, alongside winger Jack Harrison, taking the tally to six for the season.

His tendency to drop deep or out wide looking for the ball draws defenders out of position, leaving space for pacey forwards such as Dan James or Joe Gelhardt to exploit.

With 39 accurate final third passes in just 438 minutes under Marsch, Rodrigo has also created four chances for his teammates.

Pressing from the front is an integral part of Marsch’s approach and Rodrigo is a very willing runner, recording 83 pressures, winning 15 duels and making 23 ball recoveries. The attributes were best displayed by his goal last time out against relegation rivals Watford.

Unable to latch on to a through ball from youngster Sam Greenwood, Rodrigo’s persistence saw him on hand to capitalise from a woeful mix-up between defenders Hassane Kamara and Samir, rounding Ben Foster to stab home and wrap up the points for Leeds.

Over the course of the season, the 31-year-old ranks amongst the top 6% of forwards across Europe’s top five leagues in terms of progressive ball carries per ninety, 3.59, and this has risen to 4.72 in his six games under Marsch.

These quick and incisive transitions have helped the side be more efficient in terms of xG created per ninety under Bielsa’s successor, albeit without playing a side in the top seven. 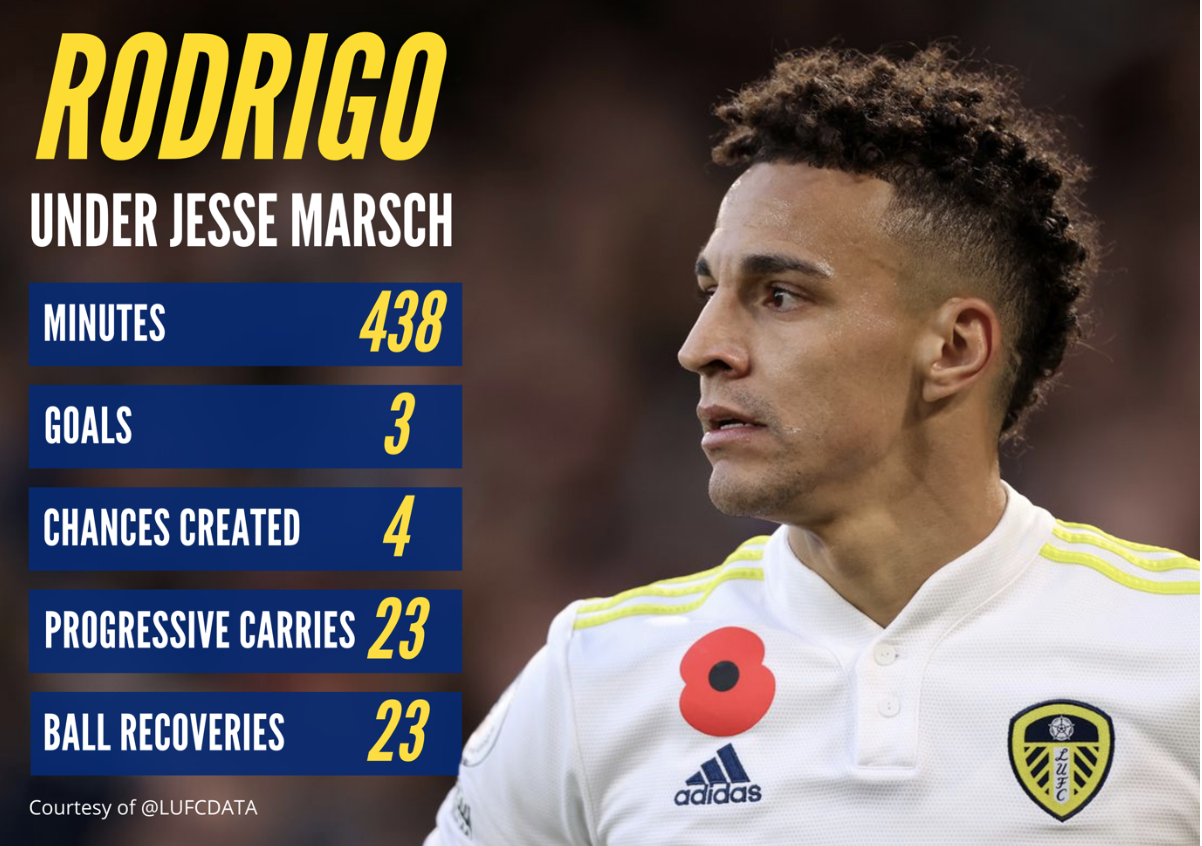 The forward’s directness with the ball has seen him complete six successful take-ons, and his intelligent, creative play is further apparent when Brazilian winger Raphinha is in the side, with the two livewires linking up well down the Leeds right flank.

Whilst Rodrigo had struggled to win over many supporters during his time under Bielsa, his price tag often mentioned in the discussion, the introduction of new management seems to have awoken the player Leeds fans thought they were getting last summer. Capped 27 times for his country, Rodrigo has a huge role to play as Leeds look to escape the drop.

Rodrigo for Leeds under Jesse Marsch:

Stats courtesy of @LUFCDATA and FBREF. Stats correct at time of writing.