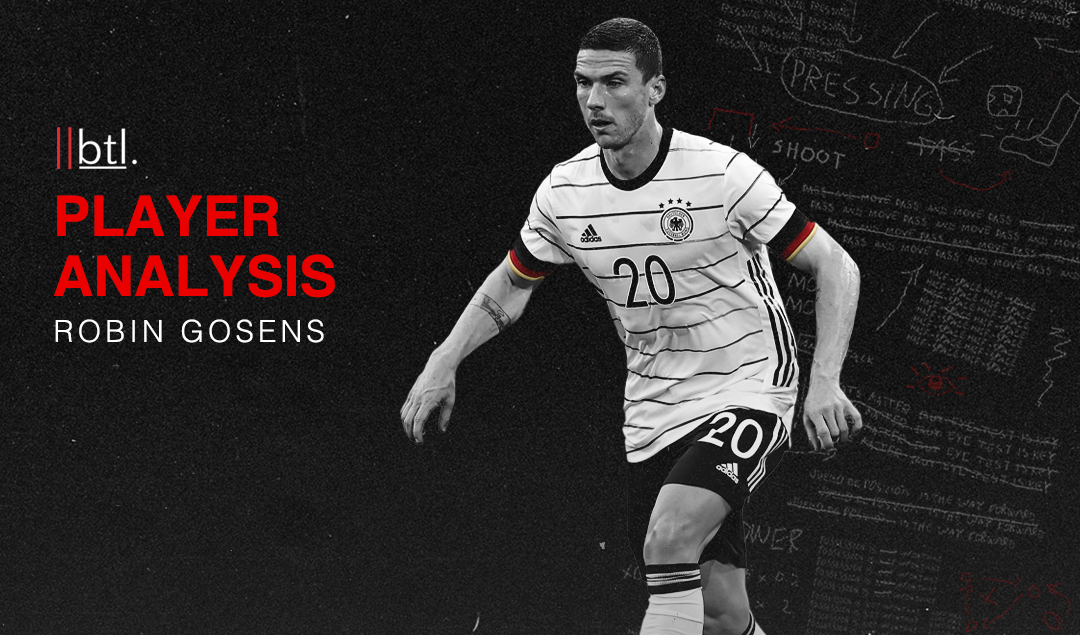 After spending the last five seasons with Atalanta, Robin Gosens made the move to Inter Milan on a loan with an obligation to buy for €25 million.

He will be looking to serve as Inter’s long-term replacement for Ivan Perišić and provide them with a much-needed spark as they attempt to win the Scudetto for the second straight year and push for a deep Champions League run.

Gosens emerged as a star at an Atalanta side that played an attacking style of football, allowing just 9 passes from the opponent before making a defensive action, ranking third amongst Serie A clubs in PPDA (passes per defensive action).

We can see how Gosens shapes up against defenders and midfielders in Europe’s top 5 leagues in terms of key metrics. 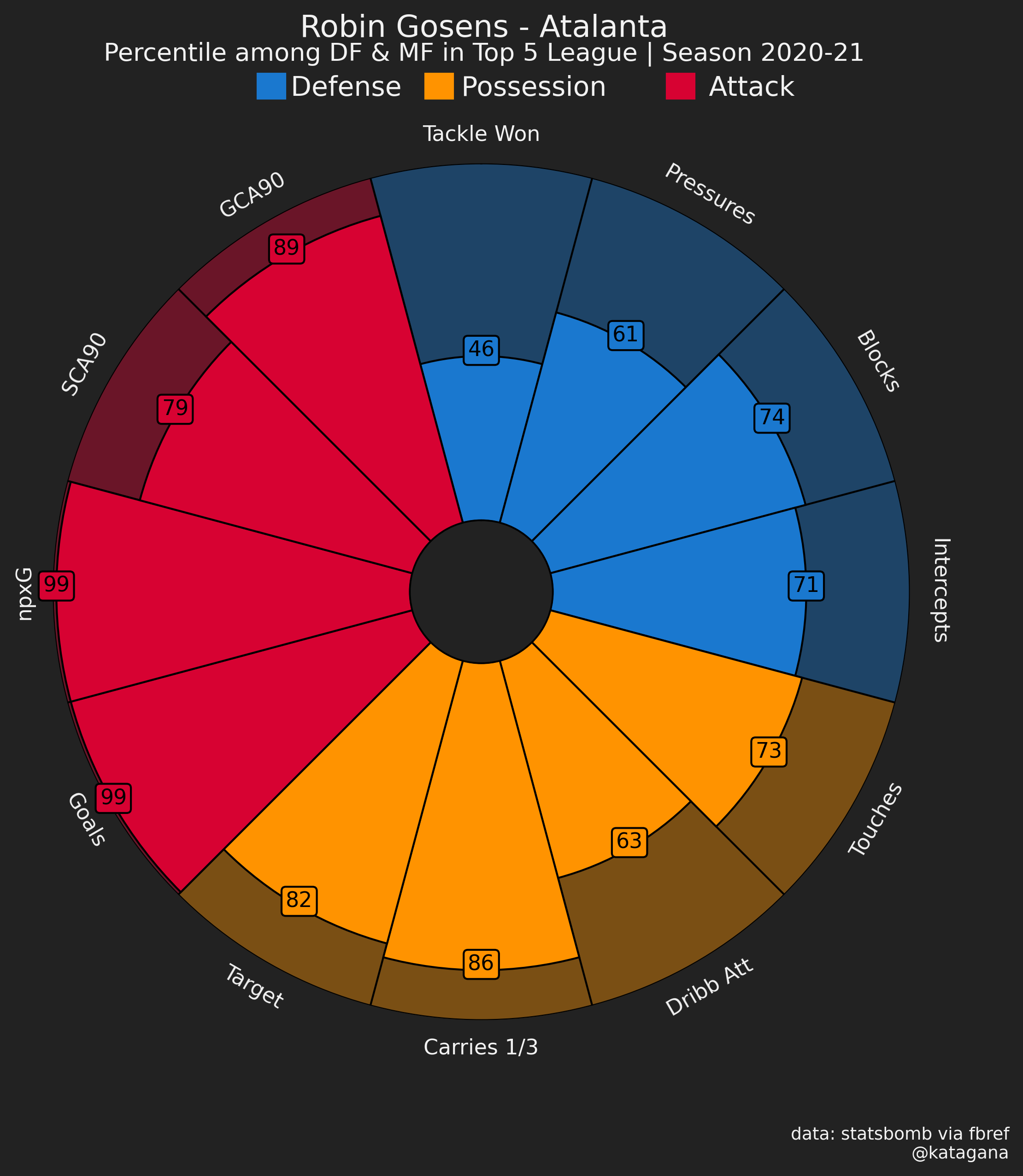 Under Gian Piero Gasperini, Atalanta plays unlike anything else with a rotating diamond down the flanks which means a wide overlapping central defender and central midfielder who often pushes forward.

It made Gosens have the freedom to attack the box and be on the top of percentile in Goals and non-penalty xG, with 10 goals which also overperforms his 6.9 xG last season. He’s certainly a promising weapon, he made 2.28 shots-creating action per 90 minutes.

If you’re hoping for a joga bonito winger then you’re going to be severely disappointed then, as he rarely makes a trickster-style dribble to progress the ball forward. He’s the kind of player who pushes forward exploiting the space and being the target of the progression.

As for defensive actions, we need to understand how Atalanta plays to justify his quite low defensive stats. Atalanta’s forwards often press the opponent and mark each of the players close to the goalkeeper from the goal-kick, closing the channel of their build-up from the bottom, and forcing the opponent to play the long ball forward.

And also with a compact space between the lines and the wide-overlap central defender, Gosens doesn’t necessarily have to make heavy defensive actions to cover his space behind him.

Under Simone Inzaghi, Inter have continued to play with a back three after Antonio Conte’s departure. Currently, they have an explosive right-wing back in Denzel Dumfries, often being in the 16-yard box even higher than Inter’s strikers to be positioned as the target of the pass from Inter’s second line. The Dutchman already has 3 goals and 3 assists under his 21 appearances this season. 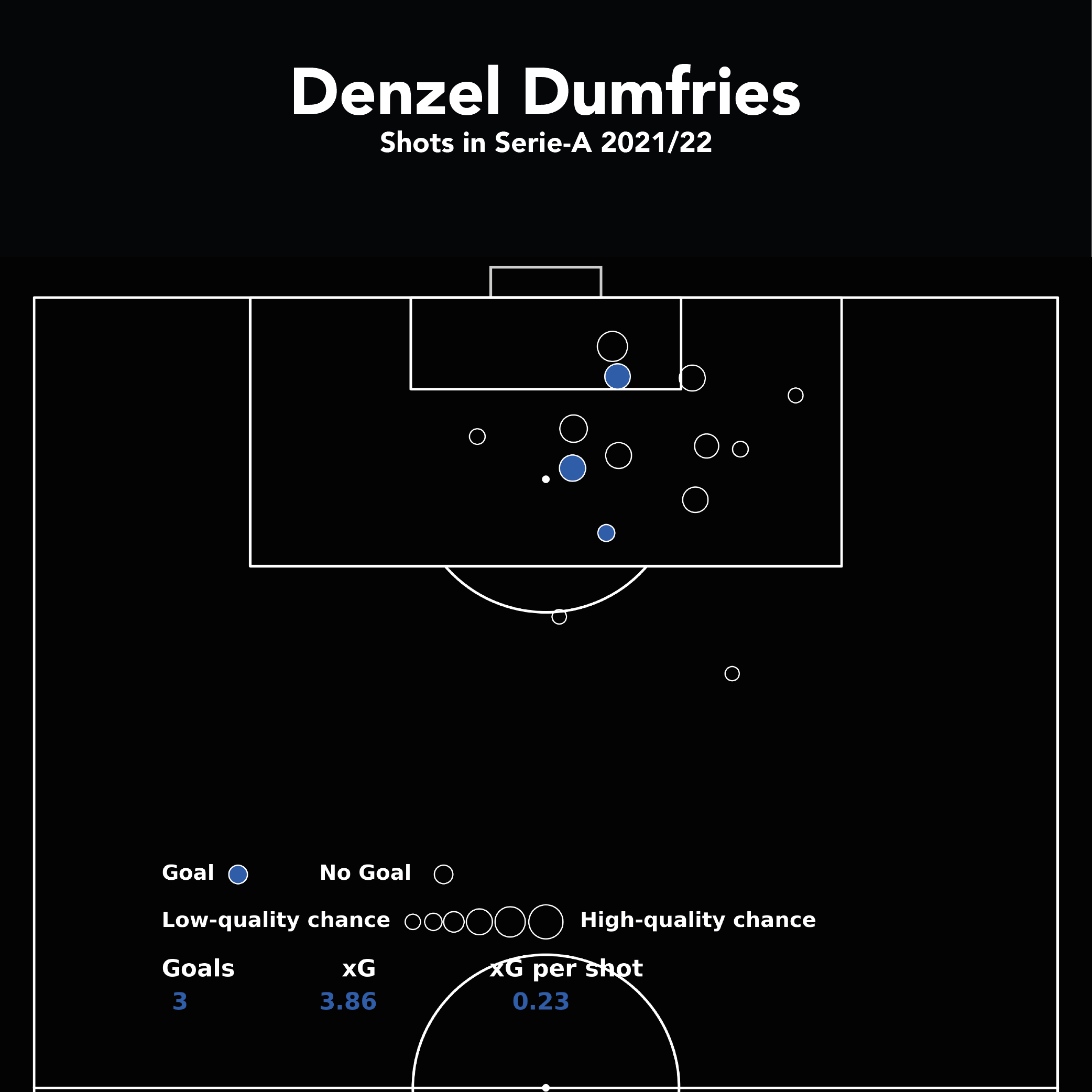 With the arrival of Gosens, after his recovery from the hamstring injury that has kept him out since September, Inzaghi will get a new dimension on his attacking scheme. With Alessandro Bastoni or Milan Skriniar who are also pushing forward when the attack on their flank side to cover the space left by the wing-backs, we might see the flank to flank play as Gosens often made in his former club with Hans Hateboer. 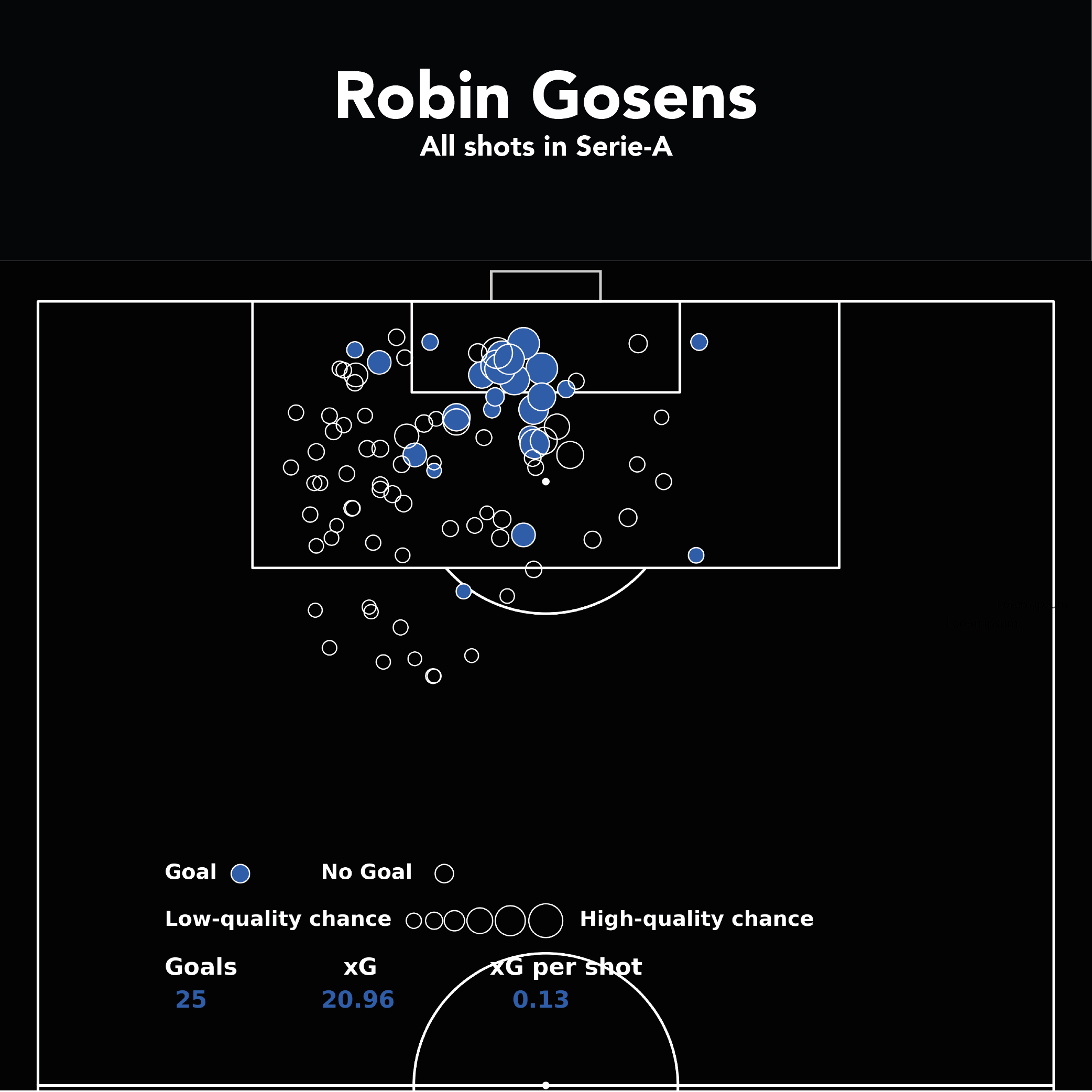 His shots map over his whole season in Serie A show that he has no hesitance to attack the opponent’s box and has a sharp instinct to convert the chances into goals. With a total of 25 goals over his 5 Serie A seasons with the Bergamo, he has already outperformed his 20.9 xG.

You might find him coming from behind hitting the ball with some semi-acrobatic style shots just like his disallowed goal for Germany when they faced Portugal in the last Euro 2020, and yes, he did that a couple of times with Atalanta.

As he approaches his 28th birthday, it is clear that Gosens is somewhat of a late bloomer, but he has nevertheless emerged as a Germany international and one of the top-scoring wingbacks in Europe. Now, he has the mission of achieving the first silverware of his professional career and leading Inter to another Scudetto title.