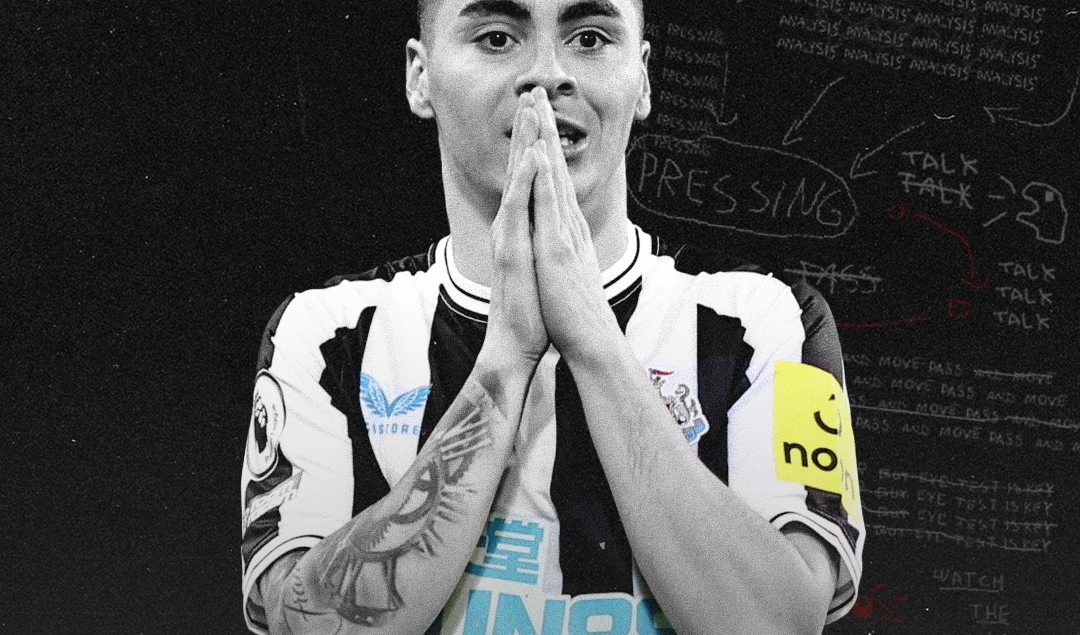 When the consortium spearheaded by Saudi Arabia’s Public Investment Fund successfully completed a £305 million takeover of Newcastle United in October 2021, many players in the then-struggling Magpies side had reason to worry about their future at the club. Newly instated executives Amanda Staveley and Jamie Reuben didn’t waste any time before making changes, as just 13 days after the club’s acquisition they showed manager Steve Bruce the door.

His replacement, Eddie Howe, was viewed by many in the media upon his appointment as a stepping-stone manager; someone who could steer Newcastle clear of the relegation they were heading towards, but not someone who the newly crowned “Richest Club on Earth” would entrust to be the architect of their footballing project in the long-term. Many foresaw a complete overhaul of the squad in the coming transfer windows as well, expecting the vast majority of the squad to be replaced in no time.

However, Howe had other plans. The man who took AFC Bournemouth from the League Two relegation zone all the way up to the top half of the Premier League has proven himself more than worthy of holding the reins by transforming the club from relegation favorites to Top 4 gate-crashers in less than a year, and he’s revitalized many of the unwanted misfits he inherited in the process.

Obviously, the signings of players like Bruno Guimarães, Sven Botman, and Kieran Trippier have massively helped the club’s turnaround in fortunes, but more than in any other big-money takeovers, Howe turned to and transformed existing players like Joelinton and Miguel Almirón to help increase the rate of the team’s improvement to levels hardly believable. The redemption of those two players in particular has been staggering to watch, but as of late, the latter has been stealing all the headlines.

Eddie Howe: The Man Who Has Awoken One of England’s Sleeping Giants

It’s been anything but smooth sailing for Miguel Almirón since his arrival in the Premier League from Major League Soccer in 2018. The Paraguayan tore up MLS with Atlanta United alongside talisman Josef Martinez, leading the club to its first-ever MLS Cup triumph.

Almirón was outstanding for The Five Stripes in each of his two seasons at the club, contributing 9 goals and 8 assists as a 22-year-old in 2017, before improving his output to 12 goals and 11 assists the year after en route to lifting the Philip F. Anschutz Trophy in December 2018.

His subsequent January transfer to Newcastle United for a still unsurpassed MLS record sale of £21.6 million caught the attention of many, and it’s safe to say his performances during his first three and a half years on Tyneside did not warrant the fee.

He failed to register a single-goal involvement in the 10 appearances he made during the remainder of the 2018/19 season after his arrival, and returns of 6 G/A and 5 G/A in the next two seasons respectively didn’t exactly set the world alight either.

The 2021/22 season during which the club was purchased by the consortium was his worst yet, as he scored only a single goal and did not register any assists in 30 league appearances, and it looked as if his time at St. James’ Park was all but up. No one expected what was to come.

Fast-forward to October 2022, and Miguel Almirón is a now seemingly undroppable member of a Newcastle team that is fighting for Champions League qualification, having scored 5 goals in his last 5 games, and 6 overall in the Magpies’ first 12 games of the season.

The most recent came last night, at the time of writing, as he muscled Ryan Sessegnon out of the way before skinning Clement Lenglet and slotting home past Hugo Lloris to give Newcastle a shock 2-0 lead at Tottenham Hotspur Stadium; a goal which would ultimately earn his side all three points after Harry Kane pulled one back in the second half.

How Club Brugge Are Taking the Champions League by Storm

His other goals have been of the highest quality as well; his unbelievable first-time volley at Craven Cottage is an early Goal of the Season candidate, and his curling effort past the in-form Jordan Pickford just days before the win at Spurs was another moment of brilliance which won the match for the Geordies.

He’s also becoming more of a threat when running with the ball, attempting more dribbles than in any other Premier League season and completing them at a higher percentage than in all but one, and is registering his highest number of progressive carries/90 since his first half-season at the club. He’s also getting into better positions going forward and has become a player his teammates look to find, as shown by his club high 7.48 progressive passes received/90 thus far this season.

So although this current hot streak of wonder goals may soon subside, it’s clear that Eddie Howe has helped Miguel Almirón improve many aspects of his game, and has turned him from a scapegoat into a crucial first-team player.

His all-around contributions to this Newcastle United side are a huge reason why they currently sit above all of Chelsea, Manchester United, and Liverpool in the race for Champions League football, and his redemption arc is one of the most unbelievable storylines of the 2022/23 Premier League season thus far. Have you any more to say, Jack Grealish? I think not.