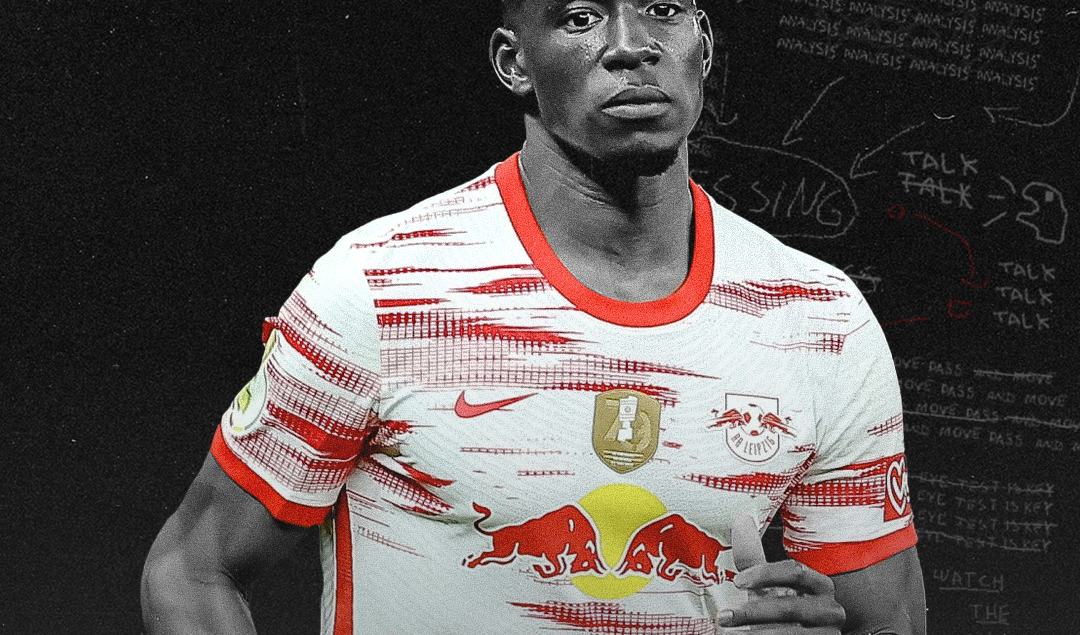 There may just be a new French defender on the move this summer. With one year left on his contract, Nordi Mukiele has been linked to a move abroad for a fee between €10 million and €15 million, and L’Èquipe have reported that Manchester United have made initial contacts over a potential transfer.

With the ability to play centre back or right back, similarly to French teammate Mohamed Simakan at Leipzig, Nordi Mukiele has been an important part of the German team’s backline, thriving in a high pressing role. With Leipzig playing in a hybrid 3-5-2 or 3-4-3 formation, Mukiele has been able to successfully drop deep when out of position and help the defensive line to create a back five.

Nagelsmann uses different systems when defending in higher areas, a defensive attribute that Mukiele has impressed in. With the ability to focus on blocking passing lanes and the ability to read the game, Mukiele thrived in Nagelsmann’s system, and he has certainly carried that form over to his new German manager Domenico Tedesco.

Born in the French city of Montreuil, the 24-year-old of DR Congolese descent started his career Laval, moving on to Montpellier in 2017 before immediately impressing under Michel der Zakarian and earning a move to RB Leipzig the next year for a fee rising to €16 million.

With his first senior call up to the French squad coming in September 2021, he has begun to impress some of the big clubs across Europe, with Atlético Madrid attempting to sign him in January. With no contract renewal in sight, the German club will be looking to cash in on him for some much-needed funds rather than losing him on a free twelve months later.

Manchester United are entering a new era under Erik ten Hag, and it is clear that one of the areas that must be upgraded upon is right back. The Red Devils are looking to offload Aaron Wan-Bissaka with Crystal Palace linked with a potential move, and whilst Diogo Dalot has played more under Ralf Rangnick, it remains to be seen whether he can meet the standard under the incoming Dutch manager.

Mukiele’s ability to play at RB, RWB or CB provides United with an opportunity to make a smart signing without spending a ludicrous amount of money. Offering speed, stamina and tall stature, the 6ft2 defender made a good impression the last time Manchester United matched up with RB Leipzig in the UEFA Champions League.

While he did not play in their 0-5 defeat at Old Trafford, Mukiele played the full 90 minutes as a right-sided center back alongside Konaté and Willi Orban as Leipzig won 3-2 to advance to the Champions League knockout round and relegate United to Thursday night football.

By looking at these numbers, the in-game contributions from Mukiele might not seem too impressive, but since making his way into the line-up, Leipzig finished the season with 16 clean sheets out of 52 games played — they had 19 in the season prior.

Mukiele’s ability to use his defensive presence, his physicality, and his tall figure for a wing-back allows the Frenchman to use his attributes both in the attacking process and the defensive process of a team. A good tackler, his physical frame does not impact his pace either as his long strides and legs allow him to race forward and back throughout the game.

As well as this, he has the skilful ability to cross balls into the box, something that Manchester United have been deprived of for years. Moreover, at the age of 24, Mukiele will only improve in aspects he may lack or may be inconsistent in.

With his height, he can also allow alternative options to play centre back. Mukiele would be a good fit into the team, offering a versatile, physical presence in defense. However, United or whoever goes after him, need to be committed to enhancing his abilities.