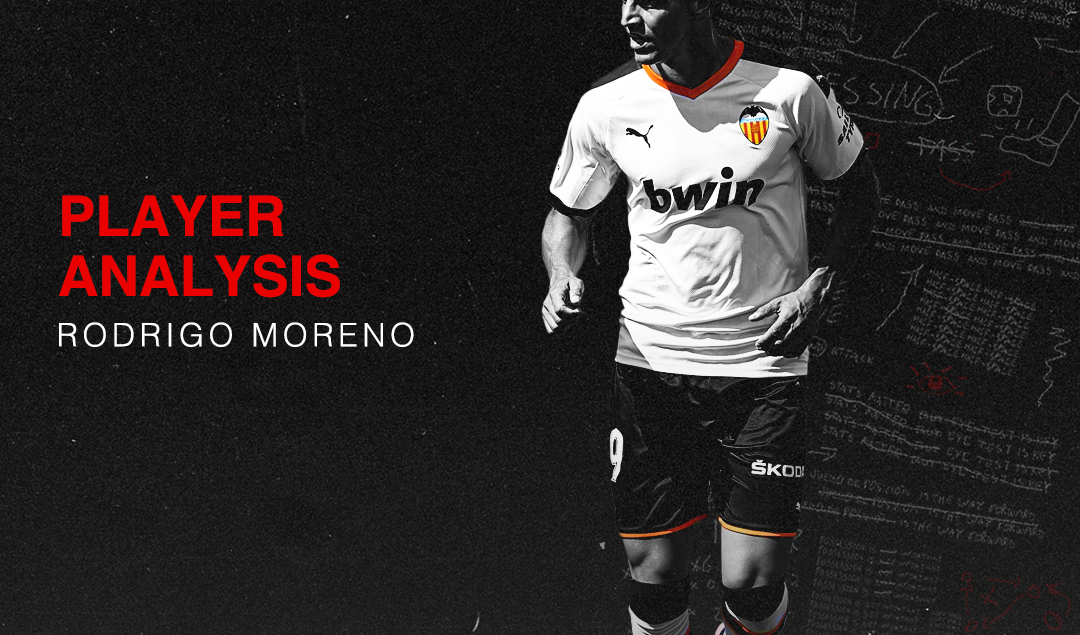 “Rodrigo Moreno to Leeds. The forward of the Spanish team is going to a newly promoted [team] in England. To gain perspective: it is as if Harry Kane signs for Elche,” wrote former footballer Alberto Edjogo-Owono on social media.

After a lengthy exile from the top flight, Marcelo Bielsa’s Whites sent out a statement of intent as they secured the signature of highly sought-after Spanish forward Rodrigo from cash-strapped Valencia, with fans from across the footballing world left in amazement.

Born in Rio de Janeiro, Rodrigo moved to Spain as a youngster, before impressing at Celta’s academy which saw him move to Real Madrid.

The forward never made an appearance for Los Blancos’ first team, and subsequently moved west along the Iberian Peninsula to Portuguese giants Benfica where he averaged a goal every 145 minutes in the Primeira Liga, scoring 27 times in 67 outings. 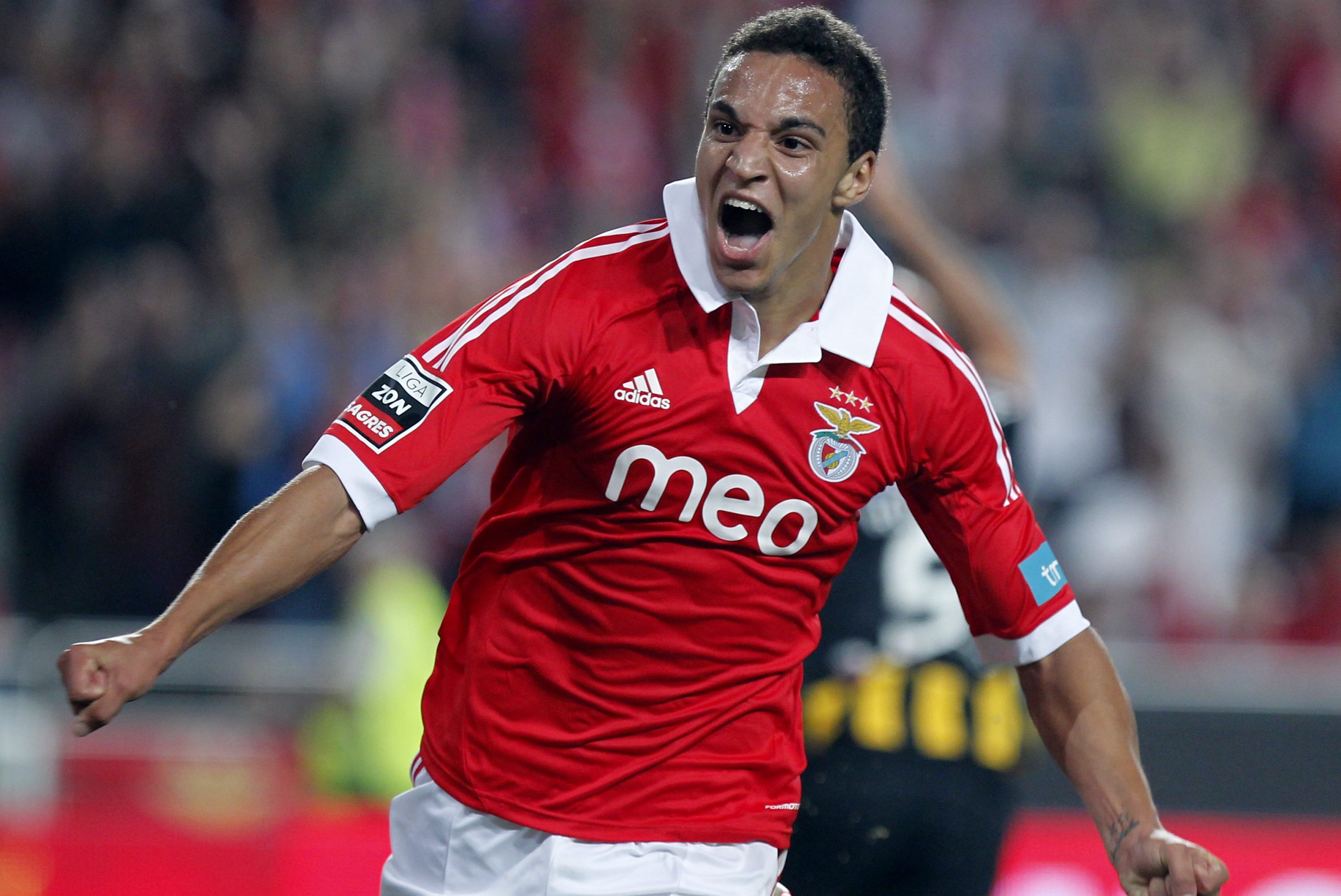 After brief loans first at Bolton and then Valencia, the forward joined the Mestalla outfit on a permanent basis in 2015.

Rumoured to be priced at £27 million with another possible £10 million in add ons, Leeds have smashed their existing transfer record to bring in Rodrigo; eclipsing the £18 million fee paid for defender Rio Ferdinand from West Ham back in 2000.

But what are Leeds getting for their money? Thanks to the numbers compiled by @LUFCData, we take a look at what Rodrigo will bring to the Elland Road outfit.

With 22 Spain caps to his name, the forward has netted eight times for his country, including a winner against England at Wembley in 2018. Rodrigo’s sublime movement saw him evade the marking of John Stones and Harry Kane, before his predatory instincts kicked in to sweep home Thiago’s inch-perfect delivery.

Joint seventh for assists in La Liga, he averaged an assist every three games; something only Messi and his Barca teammate Luis Suárez could better for players who played over 1000 minutes.

Despite no doubt being signed to lead the line for Bielsa’s side, this creativity and vision is essential in a team where goals come from all over the pitch; more so with how we saw the phenomenal Pablo Hernandez used sparingly after the restart.

In the Champions League, he managed 2 goals from 6 shots on-target and produced 2 assists and 9 chances in 6 matches in 2019/20. His pace remains one of his core strengths and reached a top speed of 32 km/h. pic.twitter.com/tEimdhBt1v

Rodrigo isn’t only a creative and intelligent player; his electric pace and dribbling attributes have terrorised La Liga defences and had the likes of Atletico Madrid and Barcelona flirting with the prospect of forking out over €50m to secure his services.

Clocking a top speed of 32 km/h in last term’s UEFA Champions League, the Brazilian-born forward’s pace offers a fresh option for United next season. Bielsa’s side enjoyed the most amount of possession out of anyone in the Championship with a mammoth 64.2% average share of the ball, yet sometimes struggled to breakdown teams who camped deep in their own halves.

Leeds did however score some sensational team goals on the counter, and the creativity of the likes of Pablo Hernandez and Mateusz Klich could see Rodrigo profit enormously on the break.

Capable of playing anywhere across the front line, the forward is far quicker than Patrick Bamford and often likes to drift out to the right flank where he can cut in onto his favoured left foot. In a league in which Leeds will see far less of the ball as they come up against higher calibre opponents, this movement could be a great outlet for Bielsa to exploit.

When Fulham visited Elland Road and enjoyed far more possession than most teams get against a Bielsa side, United were quick to spring the counter with Pablo Hernandez spotting the movement of winger Jack Harrison and picking him out with a sublime through ball. Harrison had managed to get the wrong side of full-back Joe Bryan before using his pace and strength to shrug off the subsequent challenge and firing home. With a number of Premier League managers expecting their full backs to operate as makeshift wingers when attacking, Leeds will be afforded more space than ever as they look to counter with menace.

As Peter Lim’s controversial ownership of the Spanish giants Valencia continues, fans of the club who beat Leeds in the 2001 Champions League semi-final voiced their outrage at the mass exodus at the Mestalla, with one fan poetically saying this transfer was ‘a sale that hurts the soul’.

As well as his on-field exploits, the Spanish international appears to really understand the emotions and history of the club he pulls the jersey on. When former Valencia president Jaume Ortí passed away from lung cancer, Rodrigo donned an orange wig that had become synonymous with Ortí and the club, resulting in one of the club’s most iconic photographs in recent years. 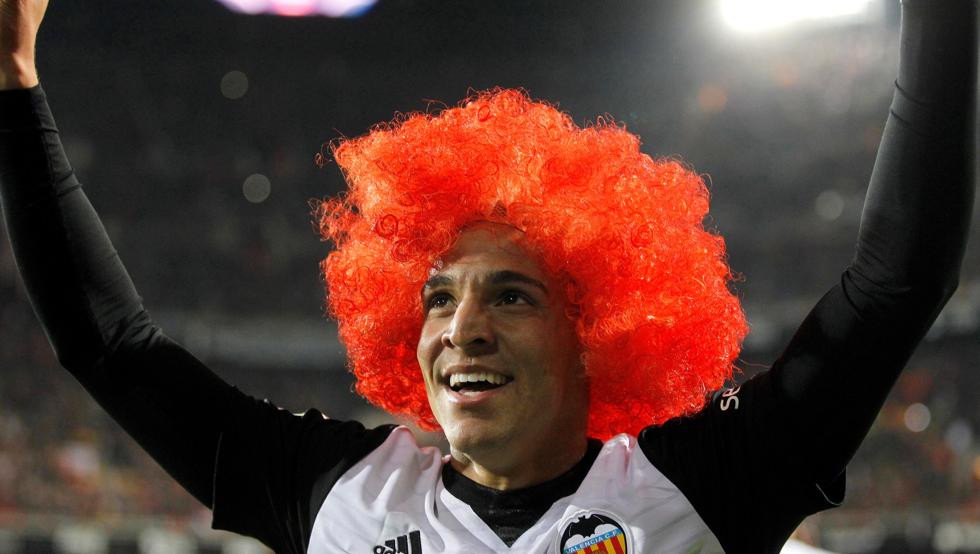 In Rodrigo, Leeds have a formidable frontman who is capable of filling in as a winger, number ten or a false nine. A knee injury brought around a premature end to his last campaign, but now back with a full bill of health, here’s hoping he hits the ground running under El Loco.

A tireless worker capable of playing in numerous positions, Rodrigo is a perfect fit for Bielsa’s high tempo football. The Argentine boss, who spent a minute or so asking Leeds’ Sporting Director Victor Orta whether the signing was possible when his name was brought up, was clearly a huge factor in the forward wanting to move to West Yorkshire.

“[I wanted] to work with one of the best coaches in football at this moment. He did important things in different clubs and of course I’m really excited to learn from him and improve my football with hard work and teamwork,” he commented.

💬 "I'm very excited to join. As soon as I spoke with Victor, I knew I wanted this challenge with #LUFC." pic.twitter.com/TY73Qfaa2f

The impressive signings and highly rated youngsters Sam Greenwood and Joe Gelhardt, both of whom like Tyler Roberts can operate anywhere across the front line, are sure to develop endlessly as they learn off a striker Victor Orta referred to as ‘world class’.

September 3 will give a chance for Leeds fans to see Spain’s Rodrigo in action for the first time, as Las Rojas travel to Stuttgart to face Germany where he could come up against new teammate in German defender Robin Koch.