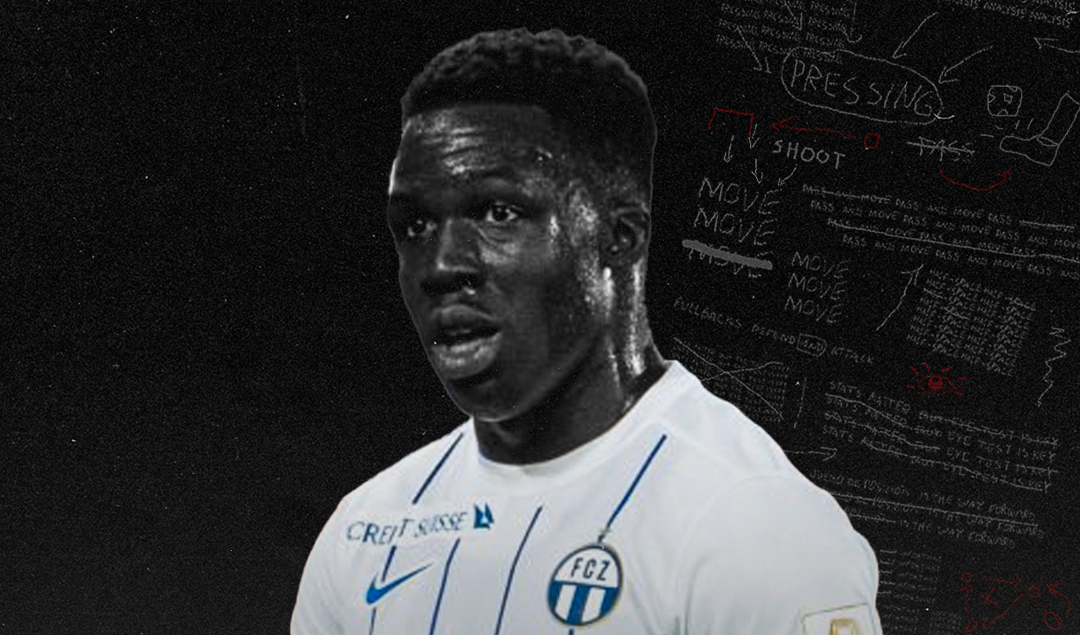 The majority of their business had been done early. Americans Brenden Aaronson and Tyler Adams had been brought in from RB Salzburg and RB Leipzig respectively, whilst further midfield depth came in the form of Bayern Munich’s Marc Roca.

A striker, namely Charles De Ketelaere, was the final name on chairman Andrea Radrizzani’s wish list and despite multiple club record bids, the versatile Belgian forward would go on to join Serie A champions AC Milan, and with two days left of the window, the circus started to assemble.

“The rationale is straightforward: we believe we have three striking options that are better than the majority of our peers (two proven international number nines and a player widely regarded as the best emerging young striking talent in the league) and will only supplement this with an exceptional addition rather than just a warm body.”

Those the words of Whites’ CEO Angus Kinnear in his typically effervescent pre-Everton programme notes, seemingly dismissing the need to add an extra striker.

The first of the two ‘proven international number nines’, Patrick Bamford, has played just 62 minutes for England, in his one appearance to date against minnows Andorra. More importantly, however, was the fact that the 29-year-old endured an injury-hit campaign last term, mustering just nine appearances in the Premier League.

Rodrigo, meanwhile, had started this season off in a rich vein of form, netting four times in his first three appearances. Yet half an hour into the Everton fixture, the Spaniard trudged off with a dislocated shoulder and is expected to be out for a month at the very minimum.

“I know [Hwang] Hee-chan very well. I like Hee-chan. He knows our football. I can tell you he’s been on our list from the beginning,” explained Jesse Marsch at full-time, after it emerged that the Wolves forward was an option the club were now pursuing.

Leeds United’s Hunt for a Striker

A reported £17m bid was made the following morning, but the Midlands club were clear the South Korean would not be allowed to leave. Fast forward a few hours and Director of Football Victor Orta boarded a private jet bound for the Netherlands, expecting PSV winger Cody Gakpo to accompany him back to Leeds Bradford Airport the following morning, despite Southampton also in the hunt.

Gakpo would start PSV’s match that evening, scoring a hattrick in the club’s 7-1 dismantling of FC Volendam. Leeds were ready to do the deal, but after a chat with Netherlands boss Louis van Gaal, the Dutch attacker chose to remain in Eindhoven until after the World Cup.

Next up: Bamba Dieng. As news broke that Marseille striker Bamba Dieng was at an airport ready to board a plane to Leeds, the club look finally set to have landed the final piece in their transfer window jigsaw.

A few YouTube compilations later and a previously unknown in West Yorkshire was soon being brandished as the next Tony Yeboah. The club were so confident the deal was going through that Chairman Andrea Radrizzani tweeted welcoming the 22-year-old to West Yorkshire.

Fans scoured flight tracking websites looking to see where Dieng was; his height on Wikipedia had even been edited to 36,000ft, but he never got on the plane. Marseille’s rivals Nice, who themselves held a long-standing interest in the attacker, had a bid accepted with Dieng still stood on the tarmac at an airfield. He headed along the French Riviera, whilst Leeds, and Radrizzani in particular, were left with egg on their face.

All of this had unfolded whilst Dan James, a player Leeds had signed on Deadline Day just twelve months prior, headed for a season-long loan deal to Premier League rivals Fulham. To cap off a saga akin to the infamous Peter Odemwingie car park incident, Dieng would go on to fail his medical at Nice and returned to Marseille, tail well and truly between his legs. The Dan James deal was officially announced meanwhile and Leeds, already light in attacking options, had just become weaker.

“No comment from Leeds about this but various sources indicating they might have found a way to do Wilfried Gnonto from Zürich. Waiting to see. Deadline has passed,” tweeted journalist Phil Hay after the clock passed eleven.

Gnonto’s name had been mentioned for a while and a deal had been struck with Zürich weeks earlier, along with the accompanying medical tests, in a move that would see the forward head to Elland Road in January. As moves for Gakpo and Dieng failed to materialise, the Whites brought forward the transfer with Gnonto landing in Leeds the following morning for a reported fee in the region of £5m.

Despite making 65 appearances in the Swiss top-flight, most of Gnonto’s minutes have been from the bench having made just 16 league starts. Last term, the Italian forward netted nine goals and provided one assist, giving him a healthy goal involvement of one per 130.6 minutes.

A versatile forward capable of playing across the front line, Gnonto’s build and explosive power makes him a direct threat, either exploiting space in behind a high line or dribbling with the ball from wide or deep positions into dangerous areas where he can get a shot off, as seen below with this goal against Lugano.

A product of the Inter Milan academy, the attacker headed north into Switzerland in the pursuit of more game time aged 16. Although undoubtedly a weaker league than Serie A, Gnonto’s outings for Zürich, coupled with impressive displays for the Italian youth teams, saw Azzurri boss Roberto Mancini hand the forward his international debut in a Nations League clash with Germany.

Just five minutes after replacing Napoli’s Matteo Politano, Gnonto picked the ball up on the right touchline. Driving in-field, the youngster eased past defender Thilo Kehrer and delivered an inch-perfect cross, giving Lorenzo Pellegrini the easiest of tasks from three yards out.

In the reverse fixture, Gnonto was a bright spark in an otherwise dismal showing for the European champions, netting his first international goal as the Italians slumped to a 5-2 defeat in Mönchengladbach on June 14. Manuel Neuer could only parry a low Federico Dimarco effort into the path of the onrushing forward who, aged just 18 years and 222 days, tapped home to become his country’s youngest ever goal scorer.

It is perhaps strange then that Gnonto, a record-breaking international, “wouldn’t be Premier League ready”, according to boss Jesse Marsch a month before his arrival. Yet circumstances change, and perhaps out of necessity, Leeds have another exciting youngster on their hands.

With the American recently using Jack Harrison, Brenden Aaronson and Luis Sinisterra as a trio of floating tens in behind Rodrigo prior to the Spaniard’s injury, Gnonto’s first showings at Elland Road will come in cameo appearances off the bench, similar to Dutch prospect Crysencio Summerville.

If used primarily as a centre forward, competition stands in the way of England forward Patrick Bamford, working his way back to full fitness, and Joe Gelhardt, whose clamour for more appearances from supporters is deafening. Whilst still a raw talent, Leeds can expect a hard-working, pacey forward in Wilfried Gnonto whose confidence and creative attributes stand him in good stead to be a star of the future.