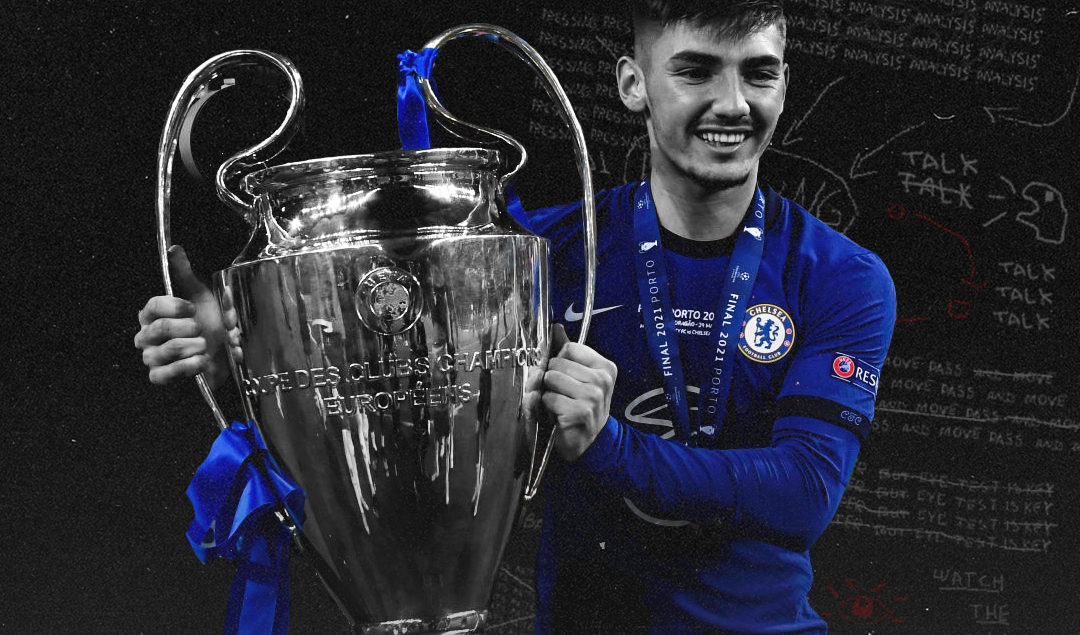 The roots of football can be traced all the way back to the third century, when Chinese people played ‘cuju’’ (literally: kick the ball), and tried to kick the ball through the opening of a net. But as far as the ‘modern’ game goes, the first official international football match was contested on November 30, 1872, a goalless draw between England and Scotland.

Both England and Scotland can be considered as football’s forefathers for ushering in the game in the 19th century, but in the 21st century, their fates couldn’t have been more different. The Three Lions have established themselves as one of the most feared teams in Europe, advancing to the 2018 FIFA World Cup semifinals. Scotland, on the other hand, haven’t made it to a single major tournament since 1998.

Nevertheless, that last part is set to change on June 14, as Scotland take on Czech Republic in Hampden Park, before a daunting final two group stage matches against Croatia and England. Scotland finished third in their qualifying group behind Belgium and Russia, but two consecutive penalty shootout victories put Steve Clarke’s side in the Euros, ending more than two decades of hopeless desperation. While they are one of the least favored sides in the entire tournament (only Slovakia, Finland, North Macedonia and Hungary have longer odds to win the tournament), they will be looking to give their rivals a rude awakening in Group D.

Scott McTominay (24) has played a key role in Manchester United’s top four chase, Andrew Robertson (27) has emerged into one of the best left backs in football under Jürgen Klopp, and despite injury woes in his first year in London, Kieran Tierney (24) has what it takes to become a starter at Arsenal. But as premature as it may sound, the brightest talent that Scotland have in their ranks may just be 19-year-old Billy Gilmour.

The Brilliance of Scott McTominay

Growing up in Ardrossan, North Ayrshire, Gilmour was football crazy from the very start, often spending hours each day kicking a ball around at his local park. It didn’t take long before Rangers took note of his talents, snapping him up at the age of eight. With his mother working long hours and his father serving in the Royal Navy, his grandfather, uncle, and aunt pitched in to drive him to the bus stop every day, and pick him up at 9 p.m. after training was finished.

He attended secondary school at Grange Academy in Kilmarnock, a school created by the Scottish Football Association (SFA) to ensure that young prodigies could continue their football education whilst also getting a valuable education. Such was his potential that Rangers fast-tracked him through the academy and sent him to train with the first team at the age of 15. Even when playing against professional players, Gilmour impressed due to his intelligence, determination, and technique on the ball.

“I describe him as a [Luka] Modrić-type player,” said Gilmour’s youth coach James Grady in an interview with Goal. “He isn’t very big but he is technically as good as anyone with both feet. He has a tenacious side, he won’t overcomplicate things. He can dribble when he has to, he sees passes and he will get it and keep it until he can find a better pass.”

Gilmour impressed for Scotland’s youth teams with his leadership qualities and vision, and regularly wore the captain’s armband. Rangers were eager to tie him down to a first-team contract, but their efforts were rendered futile against competition from European giants.

Manchester United, Barcelona and Bayern Munich all pursued him, but it was Chelsea who won the race, paying a substantial fee for a player of his age. Due to performance add-ons that have been fulfilled well ahead of schedule, Rangers stand to make well over £1 million from the transfer, and if Chelsea do sell him, Rangers will take a 15% cut of the fee. Based on his recent performances for the Blues, that’s a gargantuan ‘if’.

Gilmour arrived in London in July 2017, a month after his 16th birthday. He joined Chelsea’s under-18 team, and scored in each of his first three appearances. When he wasn’t playing for the Blues, he worked as a model for Burberry, much to the amusement of his teammates. While he had already enchanted coaches and scouts with his excellent performances at the youth level, it wasn’t until the 2018 Toulon Tournament that he announced his God-given talent to the broader footballing community.

Despite being 3-4 years younger than most of his teammates, Gilmour stood out as the brightest jewel of Scot Gemmill’s side. Scotland topped their group, but lost to the eventual champions England in the semifinals. Gilmour won the ‘Breakthrough Player’ award for his silky smooth passing, his composure on the ball, and his maturity that outweighed his 16 years.

While he was called up by Maurizio Sarri to train with the first team in November, he spent the 2018/19 season rotating between the under-19s and the under-23s. He started for the Blues as they advanced all the way to the UEFA Youth League Final, only to lose to Porto. After impressing in preseason, it seemed as if the next step would be to go out on loan to get first-team minutes. However, new manager Frank Lampard was adamant: he wanted Gilmour to stay at Chelsea and develop under his tutelage.

Gilmour flew with the rest of the first-team squad to Istanbul for the UEFA SuperCup, but he didn’t make his debut until two weeks later, coming on as a late substitute against Sheffield United. Perhaps it was a tad premature; the Blades ended up equalizing in the 89th minute, snatching a vital three points away from Chelsea.

Nevertheless, Lampard held strong in his conviction that Gilmour would come good. He signed a long-term deal which tied him to the club until 2023, and on September 25, he started against Grimsby Town. Chelsea thumped the Mighty Mariners by a margin of 7-1, and Gilmour was at the heart of it all, controlling the flow of possession from a deep role, breaking the lines, and playing out of pressure with ease.

His second start came against Manchester United, albeit in an advanced role, playing ahead of Jorginho and Mateo Kovačić. He struggled to make an impact in an unnatural role, and was hauled off as Chelsea were eliminated from the Carabao Cup. The defining image came when Harry Maguire, nearly a foot taller than Gilmour, grabbed his throat and called him ‘a wee guy.’

Aside from a brief cameo against Crystal Palace, Gilmour had to wait another four months to get his next opportunity. He came on as a substitute against Hull City, impressing with his precise passing and calm on the ball. After the match, Lampard commented, “I thought [he] was the best player on the pitch when he came on. I trust him.”

Gilmour made the permanent step up to the first team on February 11, with Lampard keen to work with him on a daily basis and get the most out of his skillset. Nevertheless, his baptism of fire came on March 3, in an FA Cup fixture against Liverpool.

Going up against the defending European champions, Gilmour once again excelled with his remarkable composure on the ball. Off of it, the 5’6” playmaker proved to be up to scratch, beating out Curtis Jones in duels and making a last-ditch interception to prevent a surefire goal from Sadio Mané. The icing on the cake came in the 86th minute; Gilmour nutmegged Fabinho and played a delightful through ball to Olivier Giroud, who hit the side-netting. Chelsea advanced to the quarterfinals, and Gilmour won the first Man of the Match award of his professional career.

With N’Golo Kanté and Mateo Kovačić injured and Jorginho suspended, Lampard handed Gilmour his first Premier League start against Everton, which had been enjoying a revival in form since Carlo Ancelotti’s appointment. Playing alongside the more attack-minded Ross Barkley and Mason Mount, Gilmour was tasked with not only dictating possession, but protecting the defense as well. Once again, he dazzled with the weight of his passing, his quick thinking under pressure, and his technique. Chelsea thumped Everton 4-0, and Gilmour picked up his second Man of the Match award of the week.

However, the onslaught of the COVID-19 pandemic put an abrupt end to his meteoric progression in the first team, and he would have to wait nearly four months before making his next appearance, playing 45 minutes in an FA Cup fixture against Leicester City, although he would start in midfield alongside Mount and Barkley on July 7 as Chelsea took a 3-2 victory at Selhurst Park to hold onto their spot in the top four, as well as make a brief cameo appearance in a 3-0 win against Watford.

Unfortunately, Gilmour’s luck took a turn for the worse again, as he hobbled off 15 minutes from full time against Crystal Palace after suffering a knee injury. He would have to wait another five months before making his next appearance, coming off the bench in a 4-0 victory in Sevilla, although he was trusted with starts in midfield against Morecambe, Krasnodar and Luton Town, not exactly your A-List of tourist destinations.

As fate would have it, the latter would prove to be Lampard’s final match in charge of the club, with Chelsea electing to sack the club legend midway through the season and give the reins to German manager Thomas Tuchel, who had only been relieved of his duties at Paris Saint-Germain just a few weeks prior. With Tuchel opting for a 3-4-3, Gilmour’s opportunities dried up even more, although he was given starts in Chelsea’s FA Cup fixtures against Barnsley and Sheffield United.

The month of May would bring greater fruit for Gilmour, as Tuchel attempted to maneuver a congested set of fixtures that saw the Blues compete in the FA Cup Final against Leicester City, compete for top four, as well as take on Manchester City in the Champions League Final in Porto. The Scottish prospect was given the start in midfield alongside Mount in the West London Derby, with Chelsea taking a 2-0 victory at home to all but seal Fulham’s relegation to the Championship.

While he would take part in neither final, he was given the start at the Etihad in a heavily rotated side on the back of Chelsea’s semifinals victory against Real Madrid, with Tuchel opting to hold his cards close to his chest ahead of the Champions League Final. Gilmour played the full 90 minutes as Chelsea took a come-from-behind win in Manchester to prevent the Sky Blues from claiming the Premier League trophy (which they would do just four days later), although he lasted just 45 minutes in the following match against Arsenal before being hauled off for Callum Hudson-Odoi at halftime.

Despite only amassing 11 appearances this season for Chelsea, Gilmour was included in Steve Clarke’s 26-man Scotland squad for the Euros, making his maiden appearance on June 2 at the Estádio Algarve and coming on in the 81st minute for fellow debutant David Turnbull. Whilst he came on at halftime in a friendly match against Luxembourg, he lasted just 30 minutes before being hauled off for James Forrest.

At 19 years old, Gilmour is the second-youngest player in the squad after Nathan Patterson, and while he probably won’t be starting over the likes of John McGinn, Scott McTominay and Callum McGregor, he will have an important role to play with Kenny McLean and Ryan Jack missing out due to injuries.

His chances of grinding out a starting spot under Tuchel are worse than they are for Clarke, with Jorginho, Kovačić and Kanté impressing in the German manager’s new-look formation and Chelsea looking to reinforce their midfield with Declan Rice, Julian Weigl and Aurélien Tchouaméni being linked. Nevertheless, Gilmour has what it takes to be a reliable squad player for the Blues as well as a midfield maestro for the Tartan Terriers, and he’ll be looking to play a part as Scotland get set for their third European Championship.