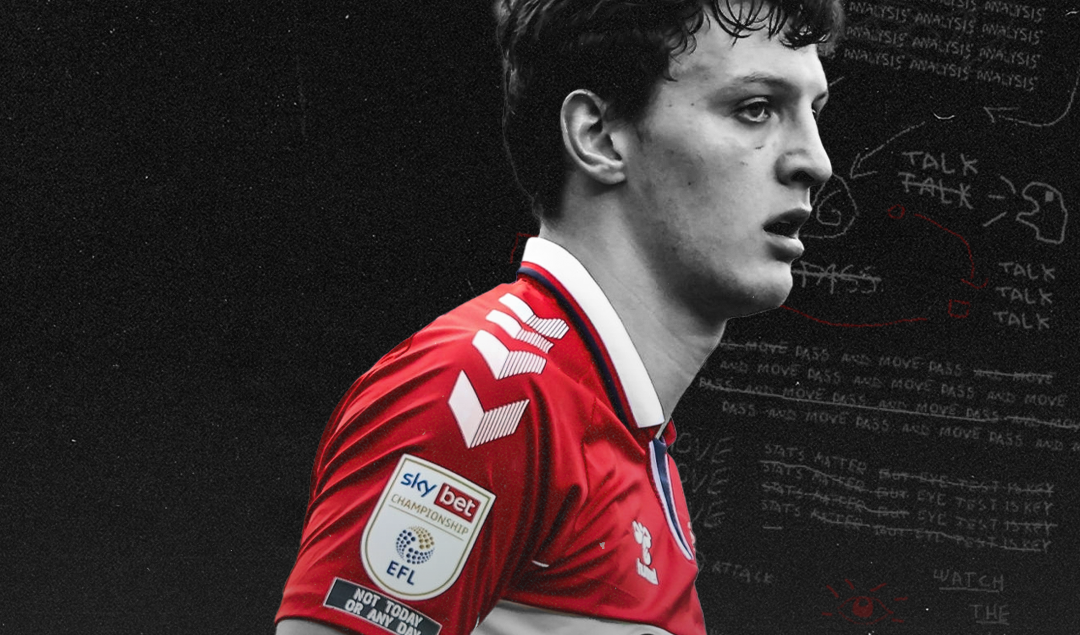 Dael Fry is no stranger to the limelight. He made his Middlesbrough debut at 17 and has since gone on to rack up another 134 appearances for his hometown club. Fry was quick to establish himself as a one of the brightest prospects in English football, attracting interest from the likes of Manchester United and Chelsea. The 23-year-old has been regularly pulled on the captain’s armband at Boro and is widely regarded as the club’s most exciting academy product of the last ten years.

Six years on from his breakthrough season and Fry is still playing in red and white, despite continuously being linked with a move away from the North East. Peaks and troughs in form, coupled with a few injuries, have hindered Fry’s development but he is currently playing some of the best football of his career.

Fry has been given quite the footballing education at Boro. His development has been overseen by Aitor Karanka, Jonathan Woodgate and Garry Monk who were all renowned centre backs in their playing days. Fry thrived under the tutelage of Tony Pulis and is now rediscovering his form under the equally pragmatic Neil Warnock.

The impact of Pulis, Warnock & co. is clear to see upon watching the rugged centre back. Fry is a defender who loves defending. Tackling, heading, sweeping up play – he seems to relish the gritty, unglamorous aspects of the job. The 6’4 defender is particularly impressive in the air, and was able to win 100% of his aerial duels in a dominant performance at home to Luton Town back in December. Fry isn’t built like a typical bruising Championship centre back yet he is rarely bullied and is able to hold his own against imposing forwards.

His physical prowess shouldn’t detract from his ability on the ball, which is perhaps the centre back’s most impressive attribute. Fry has been likened to Manchester City’s John Stones in the past and it’s easy to see why; he is very much a modern, multifaceted defender.

The Renaissance of John Stones?

Fry has recorded a fairly average pass completion rate of 57% this season, although Neil Warnock’s system doesn’t exactly cater for ball playing centre backs. A product of England’s youth set up, he is a composed defender who is more than comfortable in possession when asked to build from the back. Fry is Boro’s most technically gifted centre back and is adept at bringing the ball out of defence and stepping into midfield.

He has been able to churn out impressive performances on a regular basis this season but that hasn’t always been the case; his form did begin to falter when not partnered with the more experienced Daniel Ayala or Ben Gibson and question marks still linger over certain areas of Fry’s game. After all, there is a reason why Premier League clubs are yet to take a gamble on the 23-year-old.

Plenty of scepticism and doubt has been cast over Fry since his initial breakthrough at the Riverside, but it now looks like he is finally beginning to push on, and that is in no small part thanks to Warnock. Boro will never claim to play a swashbuckling, sexy brand of football but Warnock’s abrasive style has so far proved effective, with his team firmly situated in the upper reaches of the Championship table.

Dael Fry has been a stalwart in a mean Boro defence and will no doubt be integral to any success going forward. Further links away from the club are inevitable, but Neil Warnock will hope that he can keep Fry in the North East for as long as possible.