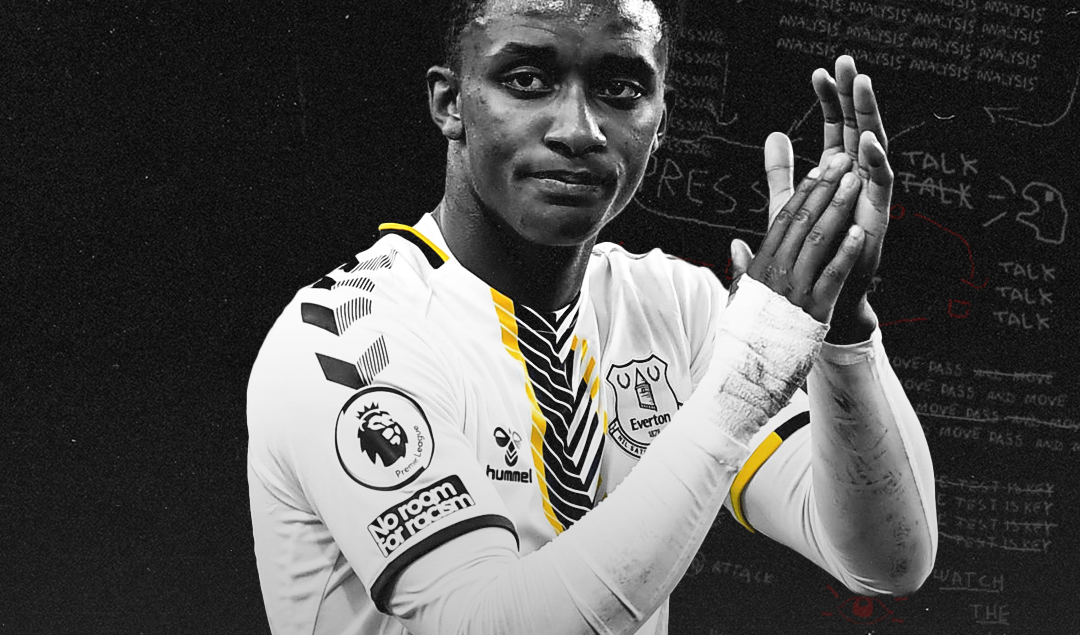 Six years before Jude Bellingham made his professional debut at St Andrew’s, Demarai Gray looked set to become the next young prospect to take Birmingham City by storm and stake out a career in England’s top-flight, following in the footsteps of Nathaniel Redmond and many more. After seven years at the club’s academy, Gray made his senior bow against Millwall on October 1, 2013, coming on as a substitute for Jesse Lingard in a 4-0 win.

Gray would score 1 goal in 9 appearances throughout the 2013/14 season, and his performances saw him earn the club’s Academy Player of the Season award. On October 20, 2014, with Birmingham City hovering above the relegation zone by one point, Lee Clark was sacked and replaced by former Burton Albion manager Gary Rowett, a move that would do wonders for the then 18-year-old’s professional development.

He eventually became a starter under Rowett, mainly operating on the left flank of a 4-2-3-1 and scoring a hat-trick against Reading on December 14, 2014. Gray’s blistering pace, determination and work ethic saw him earn interest from the likes of Tottenham, Crystal Palace, Manchester United and Liverpool, with Bournemouth having a bid of £5 million rejected in January 2015. He ended the season with 6 goals and 2 assists in 43 appearances, helping Birmingham City stay up comfortably.

After a long-winded contract negotiation, Gray signed a new three-year contract that included a release clause at the player’s insistence. He retained his starting spot under Rowett, grabbing 1 goal and 1 assist in 24 Championship appearances, but after being benched for Viv Solomon-Otabor in a match against MK Dons, he realized it was time to leave. Leicester City triggered his £3.7 million release clause on January 4, 2016, signing him to a contract through 2020.

Six days after joining the club, Gray made his debut and provided an assist in an FA Cup match against Tottenham Hotspur, delivering a pinpoint corner kick that was headed home by Marcin Wasilewski. Gray became a valuable supersub under Claudio Ranieri, providing bursts of pace and creativity and providing one assist in 12 Premier League appearances as Leicester City pulled off the impossible and won the league title.

Gray began the 2016/17 season as a supersub behind Riyad Mahrez and Marc Albrighton but nevertheless logged 1 goal and 4 assists in 30 matches as Leicester went from a championship to…nearly descending to the Championship. It seemed that Mahrez’s departure to Manchester City would open the door for him to nail down a starting spot, but despite his combination of pace, dribbling and direct style of play, he failed to make the step up from a prospect to a Premier League level winger under various managers such as Claudio Ranieri, Craig Shakespeare and Claude Puel.

The arrival of Brendan Rodgers failed to turn things around for him and on January 30, Gray left the King Power Stadium and joined Bayer Leverkusen on an 18-month contract. It didn’t take long for him to make an impact in Germany, with Gray coming off the bench and scoring a peach of a goal on his debut against Stuttgart. The following two matches bore similar fruit as Gray registered one assist apiece in his brief cameos against Mainz and Augsburg.

It was enough to land him a starting spot in the following matches against Freiburg, a 1-2 loss that saw Gray hauled off in the 67th minute for Jeremie Frimpong, as well as a 1-0 victory over Borussia Mönchengladbach, which saw Patrick Schick score a late winner to lead Leverkusen to the three points. Gray held onto his place in the line-up in the following match, but was subbed off at halftime for Leon Bailey as Leverkusen fell 2-1 to newly promoted Arminia Bielefeld.

He once again started on the left flank of Leverkusen’s 4-2-3-1 in the subsequent match against Hertha Berlin, which saw Hertha take a 3-0 lead within 33 minutes, a scoreline that they would hold onto for the rest of the game. Gray was subbed off at halftime again for Lucas Alario, and this defeat, combined with their elimination to Young Boys in the Europa League, proved to be the straw that broke the camel’s back.

Peter Bosz received his marching orders and was replaced by Hannes Wolf, whose wingback-heavy formation saw Gray struggle for minutes behind the likes of Karim Bellarabi and Moussa Diaby. It was little surprise, then, when Gray ended his Bundesliga adventure after just six months, joining Everton on a three-year contract with an option for a fourth year for a fee of £1.7 million.

After years of splurging heavily on unproven players such as Nikola Vlasic, Sandro Ramirez, Davy Klaassen and Ademola Lookman, Everton have gone for a different approach this summer, shedding high-earning veterans such as Bernard, Theo Walcott and Yannick Bolasie from the wage bill, selling Moise Kean back to Juventus, and mainly bringing players on free transfers.

Asmir Begovic and Andy Lonergan have joined from Bournemouth and West Brom to provide competition between the sticks for Jordan Pickford, whilst Andros Towsend has arrived following the expiry of his contract at Crystal Palace. Salomón Rondón, who provided 11 goals and 7 assists for Rafa Benitez’s Newcastle in the 2018/19 campaign, has reunited with the Spanish manager and replaced Josh King after the Norwegian’s ineffective, brief spell at Goodison Park.

Gray is the only one of those signings who didn’t arrive on a free transfer, and he’s also the only one of those players who is under 30, but he has nevertheless become a seamless addition to Benítez’s Toffees and staked out a place in attack. After getting the start as a #10 in a 4-2-3-1 during the opening match against Southampton, he moved to a wider position on the left flank and played a vital role in turning around an early deficit en route to a 3-1 win.

He was one of the team’s better performers in the first half and continued his influence in the second half despite not getting on the scoresheet. Following a quick exchange with Seamus Coleman on the right flank, Gray delivered a pinpoint cross towards Dominic Calvert-Lewin which the English striker failed to convert; he found ‘DCL’ in various other threatening positions but failed to grab an assist before being subbed off in the 83rd minute for Yerry Mina.

To no one’s surprise, he retained his place in the starting line-up against Leeds United, only this time playing as a winger with Richarlison and Calvert-Lewin occupying the central roles. He created their first dangerous opportunity early on, racing up the right flank and firing a cross towards Calvert-Lewin who failed to get contact on it. Everton took the lead early on via Calvert-Lewin, who converted from the spot after Liam Cooper hauled him down to the ground, but Mateusz Klich evened the scoring right before halftime.

It didn’t take long for Gray to make his mark, exhibiting superb awareness and movement to drift wide, pick up a pass from Abdoulaye Doucoure, correct his initial poor first touch and slot a goal past Illan Meslier. He nearly grabbed an assist shortly after, providing a searing cross towards Calvert-Lewin, but the Englishman’s effort was saved by Meslier. However, Everton failed to capitalize on the momentum and were forced to settle for a draw after Raphinha’s wonderstrike.

After coming off the bench in an EFL Cup fixture against Huddersfield Town, Gray returned to the line-up against Brighton Hove & Albion and broke the deadlock just before halftime, charging onto a pass from Allan, race across the entire opposition half, zoom past Adam Webster and slot it past Robert Sanchez. Everton doubled their lead after Joel Veltman barged into Seamus Coleman and allowed Calvert-Lewin to convert from the spot — and to this date, this is the only league match that Brighton have not won this season.

With Calvert-Lewin missing out due to injury, Gray’s responsibility in the attack grew even more as Everton faced off against Burnley at Goodison Park. The hosts struggled early on as Benitez’s switch to a wingback system failed to bear fruit, with the Clarets grabbing the lead as Ben Mee headed home an inswinging cross from Johann Berg Gudmundsson.

It proved just what Everton needed to spring into action as Michael Keane headed home a cross from Andros Towsend in the 60th minute; five minutes later, Townsend one-upped himself by launching a rocket of a shot from 30 yards out and beating Nick Pope. The remontada was completed as Gray, once again floating into a central channel, picked up a divine pass from Doucoure and calmly placed it past Pope from the edge of the box.

He was unable to summon his magic as an Everton side missing Coleman, Richarlison and Calvert-Lewin were thoroughly beaten by Aston Villa, but his superb performances have nevertheless put Everton sixth in the table, level on points with Manchester City. Benitez has played a variety of formations since replacing Carlo Ancelotti, shifting between a 4-2-3-1, a 4-4-1-1 and a 3-4-3, but Gray has remained a constant throughout the opening weeks of the season.

Gray’s direct pace and hard-working, industrious nature and work ethic has seen him constantly track back to win the ball back whilst bursting forward to initiate attacks. Whether sending in crosses from the wide areas, or collecting the ball in central channels, he has helped fill the void left by James Rodríguez, who looks headed for a January departure.

He has the pace and dribbling to maneuver past defenders and create havoc in the center or the wing, and while he may not have the pedigree of Richarlison, Calvert-Lewin or even Towsend, his importance to the team’s attack cannot be understated. And despite their loss to Villa, Everton remain within the Top 10 favorites to win the Premier League with odds at +15000 below Arsenal according to SportsBettingDime.com.

In a 2013 interview, Gray stated that his biggest strengths are “pace, dribbling and technique,” but admitted his lack of goals was his biggest area for improvement. Today, Gray is Everton’s joint-top scorer alongside Calvert-Lewin with three goals — a mere three goals short of his best ever tally when he scored six goals in 41 Championship appearances for Birmingham City in 2014/15.

After leaving Chinese side Dalian Professional in January, Benitez exchanged texts with Gray while he was unemployed, revealing: “When I was at Newcastle we played against Leicester and he did really well. Since then we were following him and I was in contact with his agent asking about how he was doing. I also sent the boy a message when he was in Germany asking how he was getting on and how was he adapting to the style of life in Germany. I told my staff to keep an eye on him because we knew he has the potential.

“It’s just a question of giving him confidence, having the right teammates around him and the right environment with the fans, who appreciate what he is doing. All of these things together help him to do well. It’s easier for us to support him because he is continuing to work hard and score goals, but overall he is doing what everyone was expecting – making the difference with his quality.”

At 25 years of age, Gray is no longer the electric wonderkid he was at St. Andrew’s, or the talented but ineffective prospect at the King Power, or the hot-and-cold impact sub at BayArena. Instead, he is thriving in a starting role at Goodison Park and delivering on a consistent basis for an Everton side that are learning you don’t need to spend a ton of money to have a free-flowing, balanced attack.