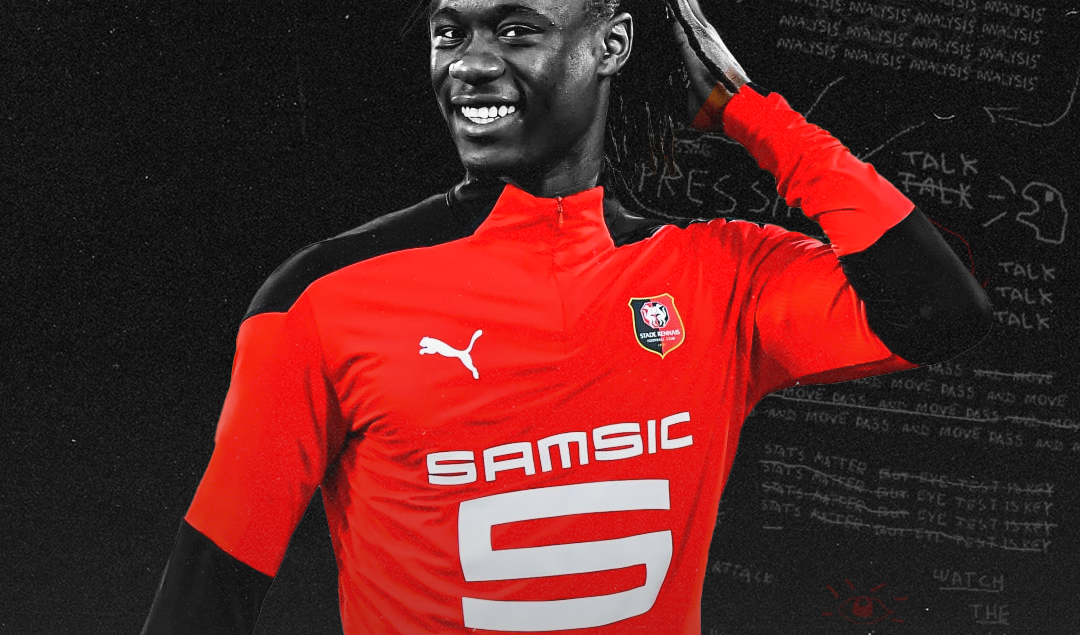 Rennes wonder-kid and Equipe de France’s future star Eduardo Camavinga will be embarking on the fourth season of professional football next season after completing his third and most challenging season with his boyhood club. Born in Angola but raised in France, Camavinga’s action-packed career spanning less than two years has already seen him become Rennes’s youngest ever debutant at 16.

The youngest ever player to debut and score for French National Team since Maurice Gastiger in 1914 and Rennes youngest ever goalscorer in Ligue 1 history. At the age of 18, the mercurial midfielder is only just getting started. The cold-blooded and talented Angolan has shown ability beyond his years in key performances for Rennes over the last three seasons. Outstanding qualities in a two-man pivot and three-man midfield have seen him regularly stand out for Rennes.

Rewinding to start. 2019 would be the year the world took hold notice of Camavinga. The 16-year old midfielder would put on a midfield masterclass against the Champions Paris Saint Germain. Setting up alongside Clement Grenier and Benjamin Bourigeaud as the anchor of the Les Rouge et Noir midfield trio, Camavinga would put in a man-of-the-match display to expertly cut out Marco Verratti and PSG. A sublime match-winning assist to Romain sealed an upset 2-1 win for his side that night. As expected, the plaudits came rolling in for the 16-year-old as he announced himself to the world.

The performance of dreams for Camavinga would see him get a revenge result on the Les Parisiens. Fifteen days prior, the 2019/20 season opener would see Camavinga start in his first-ever Trophee des Champions final.  Former Rennes manager Julien Stephan bizarrely occupied the 16-year old at the left wing-back role, setting up in a 5-3-2. Camavinga would go on to hugely struggle in this unfamiliar position as a Kylian Mbappe masterclass would see PSG come from behind to win 2-1 in China.

2019/20 season would see Camavinga continue to shine, an 89th-minute match-winning goal against Lyon saw Rennes collect a 1-0 victory at the Groupama Stadium – days before Christmas Day. Becoming the club’s youngest ever goalscorer, that night in Lyon would prove hugely dividend to Rennes’s historical campaign. Despite an underwhelming Europa League campaign, Rennes fortunately finished in the Champions League places for the first time in their history.

COVID-19 would cut the Ligue 1 campaign short in March 2020 and Rennes’ excellent season would see them conclude the campaign in 3rd position, a point ahead of Slyvinho’s Lyon side. The then 17-year old would play a total of 25 games that season – registering a goal and assist. Camavinga’s importance to Rennes saw him have the responsibility of donning the number 10 shirt for the 2020/21 season.

After previously wearing the number 18 for the 2019/20 season and the number 39 shirt for his debut season. The level of progression shown by the young midfielder has seen him carry a huge responsibility on Bruno Genesio’s side. However, this season would be full of highs and lows for Camavinga. Rennes would, unfortunately, miss out on Champions League and Europa League qualification – finishing 6th. 20 points behind third-place Monaco and two points behind Marseille in fifth.

A bright and encouraging start to the season for the Angolan saw him open his goal account with a magnificent solo goal at home to Montpellier in a 2-1 home victory. The incredible solo goal signified the 18-year old’s potential to become a complete midfielder. Camavinga’s ability to dance through the Montpellier defence and smartly finish home clarified to viewers that teenager not only operates well defensively but in attack also.

The French National Team and Didier Deschamps would come calling for Camavinga in September. Following Paul Pogba’s positive test for Covid-19, Deschamps would replace the Manchester United midfielder with Camavinga. A 31-minute debut cameo against the Croatians at the Stade de France would see Camavinga perform well in France’s 4-2 Nations League win.

Rennes’s excellent form in September and October saw them win three games out of a possible three. With Camavinga heavily involved in his side’s winning streak, Equipe de France would come calling once again for October’s international fixtures. The number 10 would start for France in their friendly against Ukraine on the 7th of October. Just ten minutes into his full debut, Camavinga would score a wonderful overhead kick to become the youngest player to score for the Les Bleus in over 100 years.

In a much more advanced role as opposed to last season, the 18-year old has occupied the right side of the midfield with Steven Nzonzi and Benjamin Bourigeaud completing the trio in a 4-3-3. Genesio has given Camavinga a more advanced role to express himself in his system. Camavinga’s extensive skill set in both offensive and defensive plays has further increased his versatility in a midfielder position he aims to dominate in years to come.

With the European Championships starting this month, Camavinga would certainly have been thinking ‘what ‘if’ the tournament was last year. A sensational breakthrough season with Rennes saw the 18-year old narrowly miss out on Didier Deschamps’s 26 man squad for the ‘2020’ European Championships. In addition, with age currently on his side, the Angolan will have obstacles on his way to stardom. Deschamps’s decision to snub the 18-year old has come as a blow, but Camavinga will without a doubt have many countless opportunities to stake a claim on the national side.

However, selected for France’s under-21 championships this month, the Rennes midfielder action would be cut short, a place on the bench would see a Myron Boadu brace for the Netherlands send France packing home in the quarter-final stage. The high intelligence and talent shown by Camavinga at such a young age has firmly placed him on the shortlists of some of the biggest teams in the world for the upcoming summer transfer window.

“Believe me we have a lot of offers for this year, a lot of offers, and good ones. I mean top, top clubs. We don’t want to rush. There is the right time to move on and playing games is the most important thing at his age,” Barnett stated. “He has got to talk to his family, his father. We will all sit down and decide. We will talk to Rennes as well and decide. There is no rush for him. Let’s see what happens later on, but he’s doing well in Rennes and that’s fine”.

“Being the best midfielder in the world, that’s how I see his future, [with] a lot of medals and a lot of trophies” Barnett added. “Eduardo would love to play for a top club. He will have a choice of a lot of clubs if Rennes decides to release him. They will be one of the four of five clubs in the world he might go to.”

With Camavinga’s contract set to run out next year. The midfielder has reportedly announced his desires to leave the club this summer, amidst concrete interest from Real Madrid and Bayern Munich. Rennes had quoted a price of 80 million euros for their wonder-kid last year, but due to the economic crisis, their reported figure has reduced to 50 million euros.

As one of the most sought-after youngsters in the world, Camavinga has shown a level of footballing maturity beyond his years. Amongst a golden generation of top French stars, the unique talent of Eduardo Camavinga will undoubtedly see him excelling for club and country very soon.