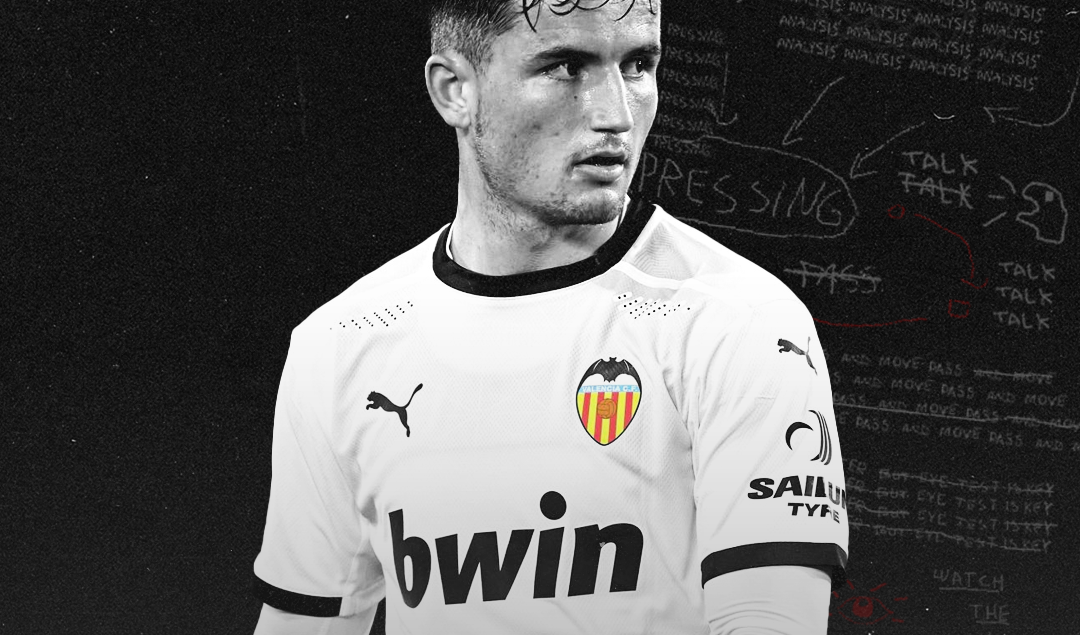 Valencia is a bit of a paradox. From a particular perspective, it is a great place for youngsters to really find opportunities and minutes to develop properly. Conversely, it might be the worst place in Europe for a youngster, since they typically require a lot less chaos than usual so they can focus on their development. Unfortunately, asking for a Valencia without chaos is like asking for the sky to cheer up and stop being so blue. It is almost never happening. Valencia is the headquarters of dysfunction.

One thing that is worth noting is that youngsters typically get their chance when chaos is loudest, when injuries or departures abound and when the club has no choice but to rely on them. This is almost always the case with Valencia on many occasions, as has been seen with the likes of Paco Alcácer, Carlos Soler, José Gayà and most recently Uroš Račić. That said, the club is also great at missing such opportunities. This season has been a comprehensive lesson in the art of missing the opportunity to blood a youngster that could define a generation – Lee Kang-in.

Now, away from the weekly debates over Kang-in and the excitement over the other incredible youngster Yunus Musah, it must be said that there has been a lot less talk about another solid young player – Hugo Guillamón. It was only last summer that fans were counting down the days until his contract would expire, wondering why the club even let things get to that point.

There was interest from other clubs, notably Barcelona, and the club eventually rallied to get him to sign a new deal, after dragging their feet. The fans heaved a sigh of relief, pleased that they were able to keep one young asset, at least, ahead of the exodus they were anticipating. After making his La Liga debut last season following an injury to Eliaquim Mangala, Guillamón looked set to become Valencia’s first homegrown rock-at-the-back since Raúl Albiol following a string of impressive performances that followed. As it is now, it just hasn’t happened yet for the 21-year old.

He cannot really complain though. After all, he is the third choice CB of Javi Gracia, with Gabriel Paulista and Mouctar Diakhaby the preferred starting CBs. He has still managed to garner 18 appearances this season, 14 of them starts. What he has lacked, however, is continuity. One day, he is on the team and the next, he is back on the bench. This is something youngsters need but a third-choice CB really can’t have any complaints. Whether he deserves to be ahead of Diakhaby in the hierarchy is another conversation entirely.

Against Levante recently, Gracia opted for a back three and played all three CBs together. The outcome was a bit of a disaster. It was not that having them play together was a bad idea, it was that Gracia’s set-up basically screwed them. Guillamón, who is by far the best and most comfortable CB on the ball at the club, was the one guy to see the ball the least during the build-up. The central midfielders, Soler and Račić, were too far away and seemed to lack a basic understanding of where to be in this largely unfamiliar formation. What followed was a shit show in which Valencia invited their opponents to party with every attempted build-up. And disaster predictably struck; they lost.

What this season has shown us so far is that for all Guillamón’s strengths, weaknesses abound. He is slow in recovery, struggles to concentrate sometimes and seems to have a blind-side that he never seems to overcome, something which makes him a yellow card magnet. He is also not yet a force in the air and usually gets bullied too easily in 50-50 duels. These things do not mean he cannot be the second coming of Roberto Ayala which Valencia fans desperately seek.

It just means that he has these to work on. Unfortunately, without consistent game-time, it will be hard to do. He needs to play more often through consistent starts, and gradually learn on the job. Whether Valencia has the luxury of a CB learning on the job at this point is something to consider. In truth, they don’t but it wouldn’t even be a luxury if they did. It would be a necessity because the club needs all the help it can get right now.

It is not fair to focus only on Guillamón’s weakness though. He does have his strengths too. He is excellent on the ball and an asset during the build-up. He has a great eye for the pass that breaks lines and does it effortlessly, saving Valencia a lot when they are pressed high. He also has unbelievable composure for a youngster his age and a great range of passing. He is a great reader of the game, despite his blind-side which limits him. One thing that stands out about him is his high-volume activity per game. He seems to come alive when Valencia have their backs against the wall, delivering clearance after clearance and getting into more duels than his partner.

Hugo Guillamón’s future might be in defensive midfield, considering his qualities and weaknesses, or in a back-3 where his strengths come to the fore…or far away from Valencia and its dysfunction. That last bit is unlikely, however, as he looks set to have a lengthy career at the club, deservedly. Could the next few months really define the player Guillamón could develop into or will he continue to suffer the effects of a lack of continuity? It remains to be seen. What is clear is that Valencia has a solid talent on their hands and they need to find a way to give him continuity if the circumstances permit.