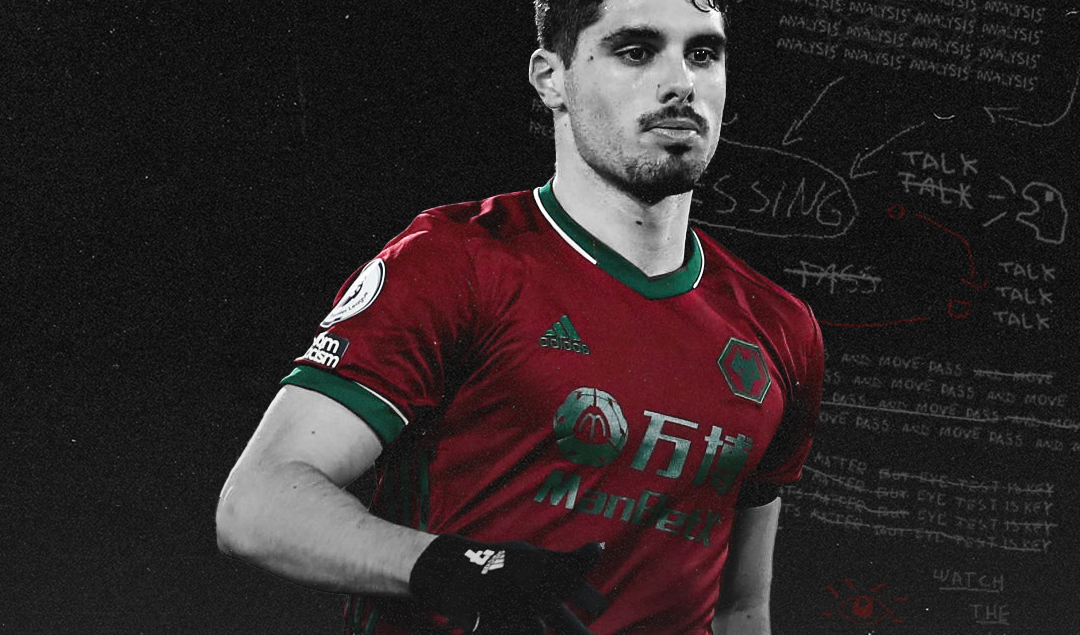 Pedro Neto’s debut goal for the Portuguese national team was a ruthless combination of timing and technique; hammering the ball into the roof of the net from close range. It’s moments like that which make his absence from the European Championships such a massive blow for the Seleção’s chances of repeating their historic feat in France from five years ago.

After a sensational season for club and country, Neto hobbled off during Wolves’ 1-0 victory against Fulham on April 9 and will now miss the next six months due to a fractured patella. His injury will open up a door that will be filled by one of Rafa Silva, Gonçalo Guedes, Daniel Podence, Francisco Trincão, Ricardo Horta, Rafael Leão or another option, but it’s clear that whoever does end up replacing him will not provide anywhere near the amount of trickery and versatility that Neto has proven capable of offering.

Neto thrives on the transition, producing an unpredictability in his attacking play that even takes him by surprise on occasion. As a strong dribbler of the ball, he can easily progress his side through the transitions and create an opportunity for a shot or a pass with his direct manner towards goal. Though he can sometimes appear unsure of his next move, his increased attacking output this season suggests this is a product of his tender age, rather than a lack of skill.

He is not a clinical finisher, but his ability to get into dangerous positions on a consistent basis makes up for any lack of cutting edge in the final third. Portugal create a lot of shooting opportunities – averaging the third-most shots (116) in the 2020/21 UEFA Nations League, a quality of Fernando Santos’ side that plays into Neto’s strengths as a high volume finisher in a cohesive attacking unit.

Whilst he possesses the ability to draw defenders inside and out, Neto is most effective when driving wide and crossing into the area. The 21-year-old is amongst the most effective crossers of the ball in the world, regularly finding the head of an onrushing forward. Though the long-term injury of Wolves’ striker Raúl Jiménez has lessened the impact of Neto’s crossing ability at Wolves, Cristiano Ronaldo’s commanding aerial presence could have certainly profited from his deliveries this summer.

Though Portugal’s international resurgence is built on the back of their compactness out of possession, Neto is not particularly noted for his defensive work rate. The winger’s ability to pick up the right positions to intercept the ball suggests he can, however, become an effective member of a pressing system and compliment the off-the-ball work being done in the national team.

Neto’s absence is a bigger blow for Wolves than Portugal, who have missed out on Raúl, Podence and Jonny Otto due to various long-term injuries, and it is little surprise that after back-to-back 7th-placed finishes, Nuno Espírito Santo’s side currently find themselves 12th in the league, level on points with Crystal Palace. He won’t be getting a big move this summer, but Neto will still be a guaranteed starter in the Premier League next season and should be able to maneuver himself back into the Portuguese national team.

Rafa Silva may be the strongest candidate to fill Neto’s void in the squad, having been included in Santos’ 25-man squad for last month’s 2022 World Cup qualifying matches, but Guedes, who has provided one goal and three assists for Valencia since the start of March, could find himself in line for a recall to the national team just two years after scoring the winning goal in Portugal’s UEFA Nations League Finals triumph over the Netherlands.

Overall, Neto still has an incredibly bright future at 23 years of age, and while he may take some time to get back to top form after his kneecap injury, this is merely another stone in the road for a player who has gone from being starved of minutes at Lazio to thriving in the Premier League and becoming the first player born in the 2000s to represent Portugal. By the time the FIFA World Cup kicks off next year, Neto may not even be an impact sub, but a starter.