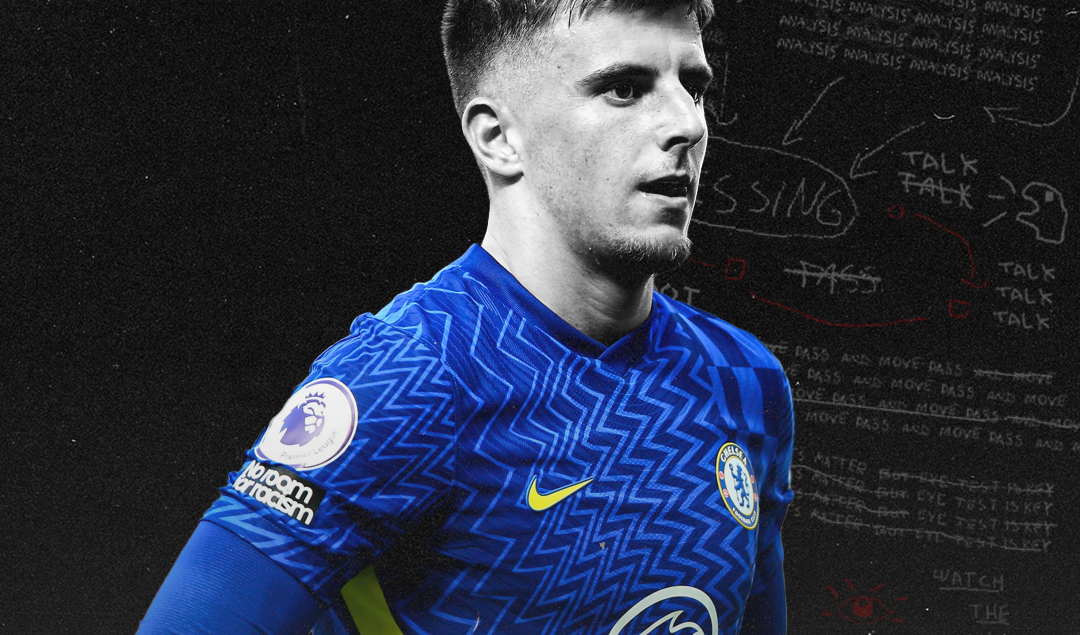 This title isn’t meant as a form of cheap clickbait. Nor is it meant to attract the many staunch critics of the player – unfortunately and unfairly, a healthy majority claim to be Chelsea supporters. This is a piece on one of Chelsea Football Club’s most underrated, divisive, and crucial players – Mason Tony Mount. There is an elephant in the room here, Mason Mount is Frank Lampard’s heir apparent at Chelsea, right? I don’t think so, and I’ll tell you why.

I’m going to be approaching Mount’s influence at Chelsea from both a theoretical perspective insofar as to how he helped carve Chelsea’s new ethos with a case to be made that he embodies the New Guard, with the perfect role model in César Azpilicueta to learn from. Furthermore, from a tactical and player profile perspective under head coach Thomas Tuchel in two parts.

Mason Mount joined Chelsea’s academy aged six from Portsmouth. Mount, a young boy who loved the beautiful game – a game that holds no prisoners, joined the notorious club that spares no youngster their blushes. Mount developed at Chelsea, bringing home hoards of Youth team silverware both domestic and continental. Mount ended his youth career by being named Chelsea Young Player of the Year and captaining both his England side and Chelsea to silverware.

Fast forward to 2018, a season that would change Mount and Chelsea’s trajectory forever. Frank Lampard took over at Derby County, taking Mount on loan from Chelsea. The easy comparison was there, Mount was to Lampard as Lampard was to José Mourinho – he is the heartbeat of his squad, the tempo setter in training, the laser-focused goal-scoring midfielder, the winner at all costs.

In fact, Lampard saw a little bit of himself in Mason but was prudent enough to dim the comparisons, letting Mount pave his own pathway into Chelsea folklore. In an interview with Goal.com following Lampard’s sacking at the helm he explained captaining Mount on his last game in at the helm:

“It wasn’t a gesture because I didn’t know I was leaving! But it was about his authority and standing in the group that had risen. He needed to see that and understand that. He needs to rise up.”

Lampard in this quote unpacks decades worth of context from Mount’s footballing career. He is a leader, he was made captain of every side he’s played in, from his England youth sides to Chelsea’s first-team squad under both Lampard and his successor, Thomas Tuchel. The comparison the mainstream media has got wrong was Lampard and Mount, when it was clear, irrespective of positional differences, Cobham has churned out a Terry-esque figure in Mount.

Bold statement, I know. But, I wholly believe it is merited. Mount, given the ample evidence available is a natural-born leader. A face, character, spark of charisma that people, players and supporters can rally around. Whether it is harrying opponents to win the ball back, engaging in a shoving match with Daniel Amartey for throwing Chelsea’s badge or stopping by a coffee shop in Cobham to pay for academy players’ meals – Mason Mount leads, and leads well.

Mount is among the first players to be named by Cobham’s new generation, when talking about their inspirations, similarly to how John Terry set the pathway to the first team two decades earlier. At Chelsea, chaos is always near, but as was customary under the old guard of John Terry, Frank Lampard, Didier Drogba, Ashley Cole, Petr Čech et.al the players steadied the ship to win.

In the midst of the chaos that erupted late in Lampard’s rain, Chelsea’s new guard of César Azpilicueta, Mason Mount, Jorginho, Reece James, Antonio Rüdiger and Ben Chilwell were able to steady the ship and take home the most prized possession of them all – the UEFA Champions League. Just as the old guard rallied around the chaos so did Chelsea’s new one.

Mount, who won Chelsea’s player of the year, among all the chaos he stood undeterred, as a young footballer who saw the man that trusted him, helped develop him, gave him the armband ruthlessly sacked. Mason Mount stood up, never let his performances drop, he didn’t even bat an eye. He is here to lead, to win and to out a smile on Chelsea supporters. If those are the criteria, he has exceeded them and he isn’t even out of second gear.