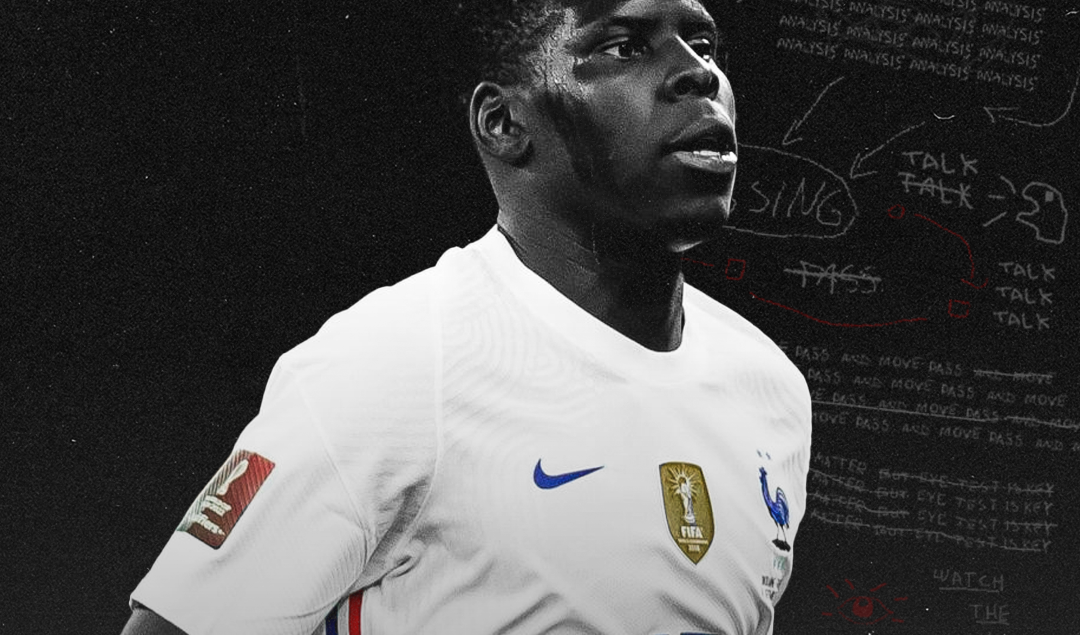 Kurt Zouma, now 26, has battled through adversity. A product of Saint-Etienne’s impressive academy programme, the Lyon-born centre-back arrived on France’s biggest stage a decade ago, making his debut for Les Verts while still a schoolboy.

During his time with the Ligue 1 outfit, Zouma amassed 3,024 top-flight minutes and quickly made a name for himself as an aerially dominant defenceman. And by the end of his second season in the professional ranks, it was clear that Zouma would soon part ways with his childhood club.

Six months later, Chelsea swooped, signing Zouma for £12 million in a deal that saw the then-French youth international stay in his homeland for the remainder of the 2013/14 season. At the time, it was a case of so far, so good for the teenager regarded as France’s next defensive star.

Zouma later made a positive impression during his first season in West London, playing a starring role in the Capital One Cup final as Chelsea knocked off Tottenham 2-0 at Wembley Stadium. Most impressively of all, the Frenchman was deployed out of position against Spurs, guarding Gary Cahill and John Terry from central midfield. However, disaster would soon strike.

After establishing himself as a key player at Stamford Bridge during the first half of the 2015/16 campaign, Zouma’s career was re-routed by an ACL tear. The Frenchman spent six months on the sidelines and was subsequently loaned to Stoke City and Everton. By Zouma’s own account, a “very, very long journey” back to form and fitness followed.

“People don’t know, people don’t see but I was in the shadows, working hard to get back because I had a very, very bad injury,” Zouma told Goal in 2019. “I was off for one year but people forget that and don’t see. But for me, I always believed in myself.”

Now, the 6’3” centre back faces a new challenge in a different corner of England’s capital. Following a protracted transfer saga that dragged into the final week of the summer window, Zouma put to pen to paper on a five-year contract with West Ham United, a club on the rise under David Moyes.

And not only does Zouma join impressive acquisitions in Nikola Vlasic, Alex Kral, and Alphonse Areola on the ins at the London Stadium, he also has certainty about what his future holds for the first time since 2016.

“I’m very happy and very proud,” Zouma said on signing for West Ham. “My conversation with the manager went very fast. I just felt like he really wanted me to come and join the team, especially a good team that’s started the season very, very well. With the great season that West Ham had last year, that gave the team a lot of confidence to improve this year – and I want to help the team do that.”

Of Zouma’s arrival, Moyes reinforced his commitment to his new signing: “Kurt is a player we have tracked for some time, and we have taken great care and diligence to make the transfer happen. He was always our first choice and I am very happy that he is now our player.”

Expectations are high. Zouma arrives in the East End having signed a £125,000/week contract for a £29.8m transfer fee. And because West Ham is a club that rarely signs French internationals in their prime, the pressure is on Zouma to hit the ground running. The numbers suggest that he will.

Over the last 365 days, Zouma ranks in the 96th percentile of Big Five league centre backs for aerial duels won per 90. Moreover, his aerial ability makes him a force to be reckoned with in both boxes: Zouma places in the top one percent for non-penalty goals per 90 amongst his peers.

Aside from his skill in the air, Zouma will also bring confidence in possession to the London Stadium. The Frenchman has attempted 75.77 passes per outing over the last year, completing 91.4 percent of them. And although Zouma’s isn’t a progressive passer, he compensates for the gap in his game by making a high number of forward carries per 90 (4.03). How, then, will he slot into West Ham’s starting line-up?

Initially, it is likely that Zouma will displace Craig Dawson in Moyes’ backline, joining Angelo Ogbonna in central defence. Aaron Cresswell and Vladimir Coufal will continue to provide coverage from full-back, while Declan Rice and Tomas Soucek will carry the load in central midfield. As a replacement for Dawson, who turns 32 this season, Zouma is the right fit – and a significant upgrade.

A specialist at playing the ball with his head, Dawson wins fewer aerial duels and scores fewer goals per 90 than Zouma. The Rochdale native is also limited in possession, attempting less than half the number of passes that his new teammate does per 90 (34.73). To make matters worse, Dawson also completes just 83.9 percent of his passes.

Time will tell if Zouma’s move to West Ham will be a success. However, for a player that has been forced to overcome misfortune since arriving in the Premier League, the Lyon-born right-footer looks to be the perfect fit on paper for the Hammers. Already a Champions League winner, Kurt Zouma finally has the chance to be his team’s star. It’s about time.