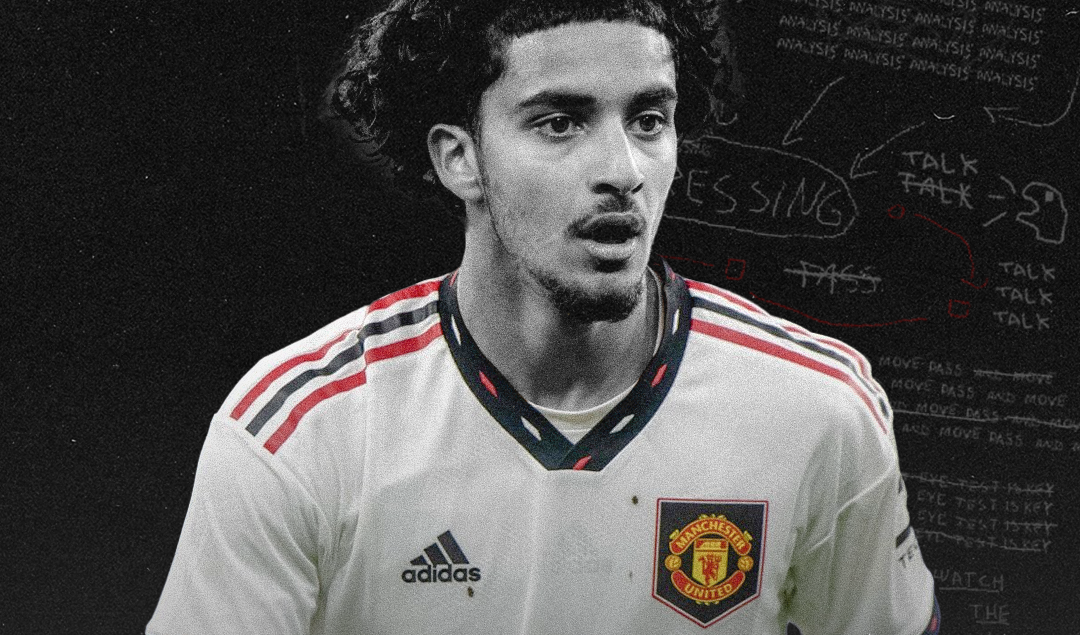 Whatever Zidane Iqbal does for the rest of his professional career, he will forever be cemented as a legend within the South Asian community. By being the first player of South Asian descent to sign and play for Manchester United, arguably England’s biggest club, he has shown the abundance of footballing talent within this community. He has shone on the latest pre-season tour with the club and arguably has played himself into the squad this season.

At 19 years old, he is already a full international with the Iraq national team, which he qualifies for through his mother. By doing all this, he has provided an example to those younger than him, that those who look like us can make it. The question is though, why has it taken so long for such a breakthrough to occur?

When you look at the ethnic population of Manchester, it is very diverse, with over 17.1% of the population being of South Asian descent. However, even with this large demographic, Iqbal seems to be the only player from this ethnic group coming through.

Understandably, the youth level at the two Manchester Clubs is insanely high. But, even in the surrounding areas, there are several clubs such as Bury, Oldham or even Bolton who have a scarcity of South Asian players coming through the ranks.

Football and Islam: How the Sporting World is Adapting

However, Blackburn are proving to be a cut above its northern neighbours regarding inclusivity. Due to the signing of Dilan Markanday from Tottenham Hotspur, and welcoming 67 children of South Asian heritage to their academy on Saturday in a talent ID initiative with the PFA.

Even though many would cite stereotypes such as people from our demographic not pursuing football due to family, education etc, which in some cases are true. However, the truth is that people who come from this background are just not given a chance.

7.5% of the UK population is comprised of British Asians but only 15 are on professional contracts. Since the Premier League began, just six British Asians have appeared in it: former Aston Villa left-back Neil Taylor, Hamza Choudhury, Michael Chopra, Jimmy Carter, Zesh Rehman and Birmingham-born Yan Dhanda. The math here does not seem to be aligning, and it looks like something is stopping the progress of British Asians within the sport.

However, there are a few promising youngsters who are making an impact. With the West Midlands being the hotspot of South Asian talent. Statistically, this should be the case as Birmingham has a 20% South Asian population, but with the lack of footballers from this demographic, it is a surprise to see a few gems being polished and making their way in the game.

Kamran Kandola of Wolves, Arjan Raikhy of Aston Villa and Brandon Khela, the first British South Asian to sign a deal at Birmingham City, are all coming through the ranks with highly touted potential. It remains to be seen whether they can make the breakthrough to their respective first teams, but even coming this far is an accomplishment within itself.

Even with all this young talent coming through, the cream of the crop remains Iqbal. The half Iraqi half Pakistani, United player, plays with ease in central midfield. He has cited Frenkie De Jong, United’s primary transfer target this season as a source of inspiration for how he plays.

The press resistance of Iqbal is eerily similar to how the Dutchman plays himself out of trouble, as with a drop of the shoulder, he makes incomers look foolish as they clip away at air whilst Zidane is whisking away with the ball.

Playing with the sense of freedom he does, in this stale (putting it politely) United team is refreshing for United fans. The ability he has shown on the pitch so far has shown that he made it through on merit and not just for the sake of diversity. It is a deserved slap in the face to numerous youth coaches up and down the country who have shunned South Asian players due to racial stereotypes.

Growing up and watching various sports media content on Youtube, I stumbled across a YouTube video made by Copa90, which featured Adam McKola, a South Asian Manchester United supporter like myself, exploring the reasons why there aren’t that many of us in the game, where he went to various semi-professional teams to interview them and gather their take.

What stuck out to me was that many of those interviewed stated that scouts who always came to watch them were impressed but, were specifically told to avoid those of South Asian descent or purposefully ignored them.

In another documentary, made by Clarke Carlisle called “Is football racist”, a South Asian player was told that after just scoring 86 goals in a season, he would not be getting a chance because of his ethnic background.

Robin van Persie: One of the Finest Strikers of his Era

Imagine putting in all that hard work, dedication, and skill weekly just to be told, that because of the colour of your skin; you’re not going to get a look in. This is the problem of racism within England. It is a melting pot of multiculturalism, but even then, unless you’re a certain skin colour, many will not see you as being English or deserving of opportunities. Even after being in this country for over 70 years, South Asians are still trying to be accepted in certain circles, but it seems that football is purposefully closing itself off to us.

The fact that Iqbal has managed to make his way to the United first team so young, despite the institutionalised racism within football is a testament to the young man’s ability and character. Because of this, South Asians will group around him and support him throughout his career.

Our love of sports is unparalleled, and it goes up a notch when someone like us makes it to the top of their respective sport. In boxing, it was Amir Khan. For all of his illustrious career, the one thing he never lacked was support, even through various controversies. In football, this figurehead could be Zidane.

Zidane Iqbal represents so many young kids who wanted to make it professional but were shunned. The Iraq international has shown that despite the beautiful game’s ugly underbelly, through hard work and talent, you can make it to the professional level.

I’m convinced that with his success, he will show a whole generation of young South Asians that they can make it in the game, and one day, I believe, there will be a player of South Asian descent who will play for England. However, even today, that remains a pipedream. But sooner, rather than later that dream will become a reality.