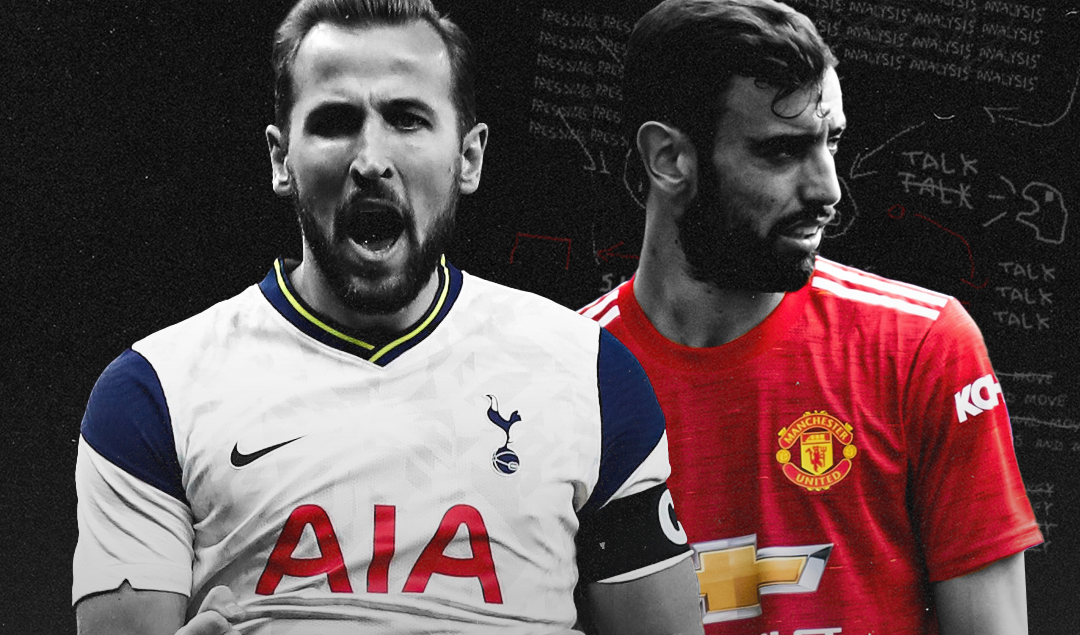 With it being the last round of games before the international break, players throughout the Premier League will want to head to their respective counties with a win, or avoid defeat at the very least.

There was a distinct sense of complacency in Chelsea’s first half performance at West Brom on Saturday. Each of the three goals conceded came from a lack of concentration – Marcos Alonso’s poor header throwing away possession in the lead up to Callum Robinson’s first goal, Thiago Silva’s sloppiness on the ball leading to Robinson’s second goal and Reece James keeping Kyle Bartley onside for the third goal.

Chelsea’s second half performance salvaged an unlikely point yet concerns will linger at the strength of the defence. A win is needed for Frank Lampard to alleviate concerns. 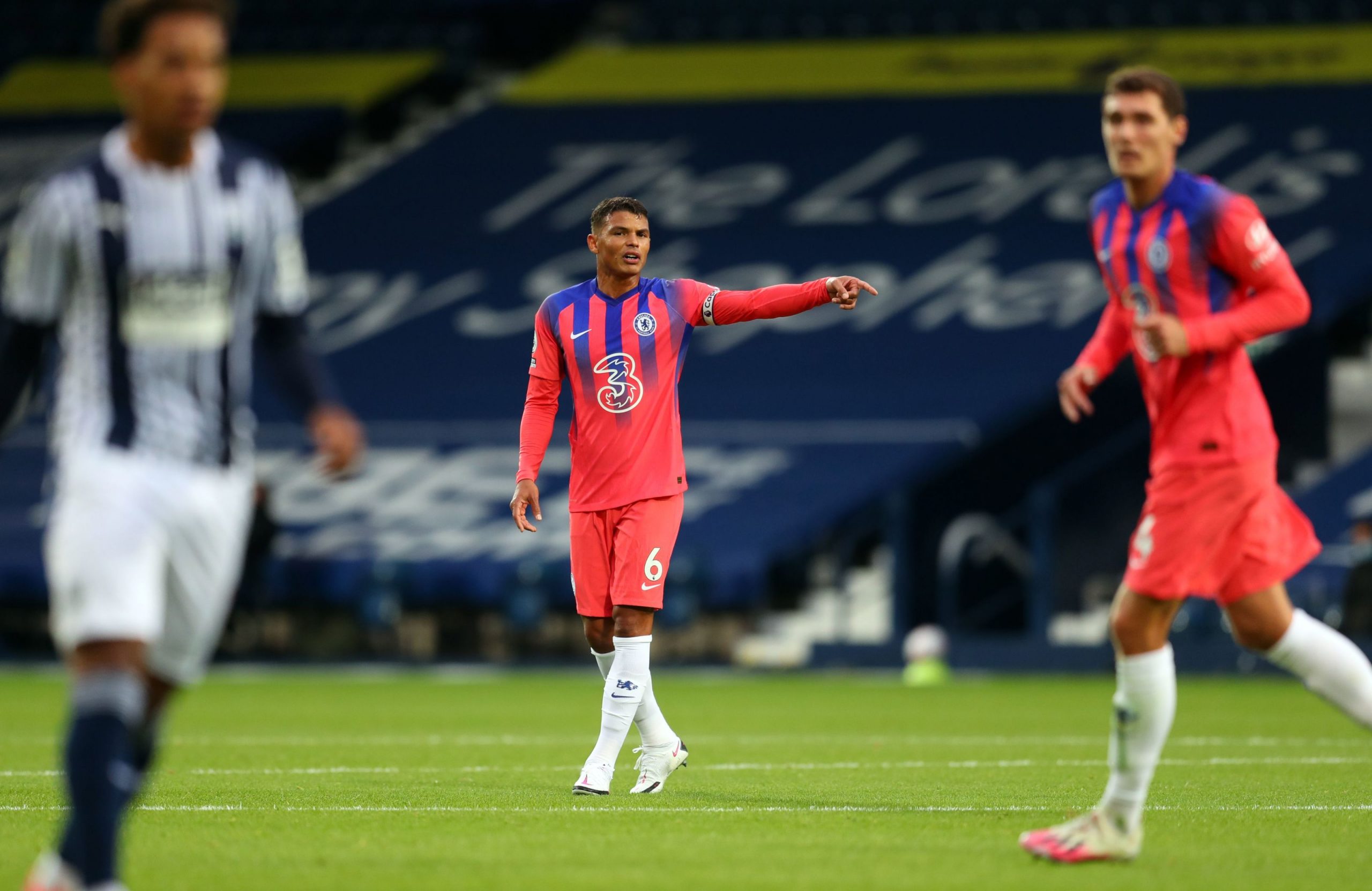 Crystal Palace did not play too badly in their defeat to Everton, though manager Roy Hodgson was understandably aggrieved at Everton’s penalty that decided the game, as the handball rule rears its contentious weight on the game.

Looking forward to the early kick off, Hodgson will look at Chelsea’s performance at West Brom with interest, possibly using the tactics against Manchester United on the 19th August as a template against Chelsea. It worked at Old Trafford and may do so again at Stamford Bridge.

Chelsea to win but Palace won’t make it easy.

We may be just three games into the league season but many observers have been impressed with how Everton have performed. The midfield signings have added creativity, flair, dynamism and bite. More importantly, Dominic Calvert-Lewin’s excellent form is making him one of England’s top strikers, his call up to the England squad just reward. 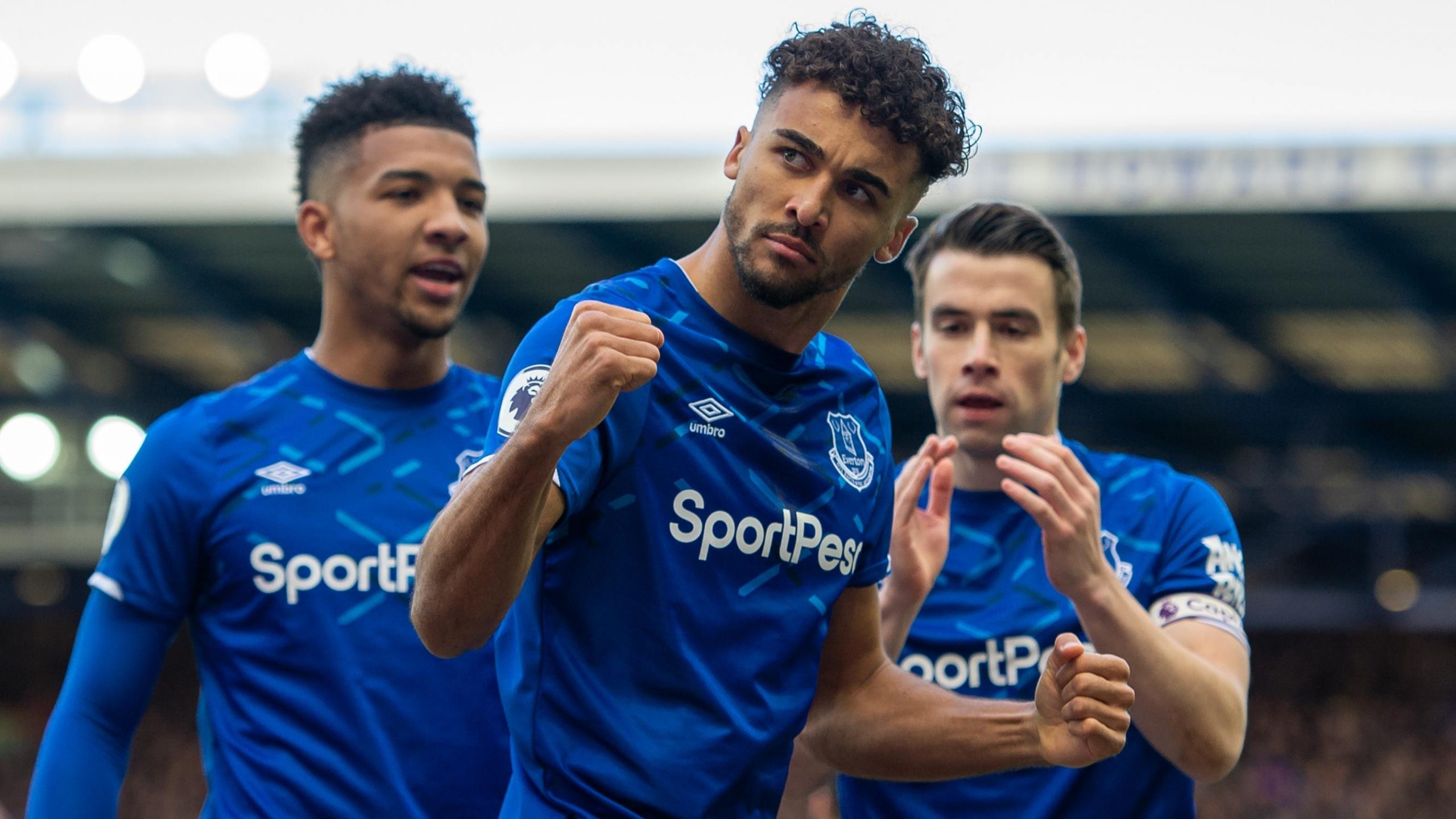 Defence may be a bone of contention, hence Everton going for Norwich City’s Ben Godfrey, but injuries will determine if the Toffees can sustain a Top 6 challenge.

Brighton will have to recover quickly after their VAR influenced defeat to Manchester United. Manager Graham Potter was impressed at his team’s performance – rattling their opponents along with the woodwork on multiple occasions.

The Seagulls’ determination after missing several chances while it was 2-1, leading to Solly March’s equaliser, highlighted their persistence. Such traits will be needed when the Seagulls head to Goodison Park.

Everton’s quality to shine through

Six points from a possible 9 is a good start for a newly promoted team such as Leeds. Though their enterprising philosophy under Marcelo Bielsa is great to watch, Leeds’ 1-0 win at Sheffield United on Sunday was crucial in their ability to graft for a hard fought win.

These capabilities are important if they want to stay in the top flight. Leeds also had to thank young goalkeeper Illan Meslier for making several wonderful saves.

Despite showing graft at Bramall Lane, Bielsa will rigidly stick to his principles when Leeds host Manchester City. The two philosophies of Marcelo Bielsa along with Pep Guardiola will bring attacking football and almost certainly no clean sheets. 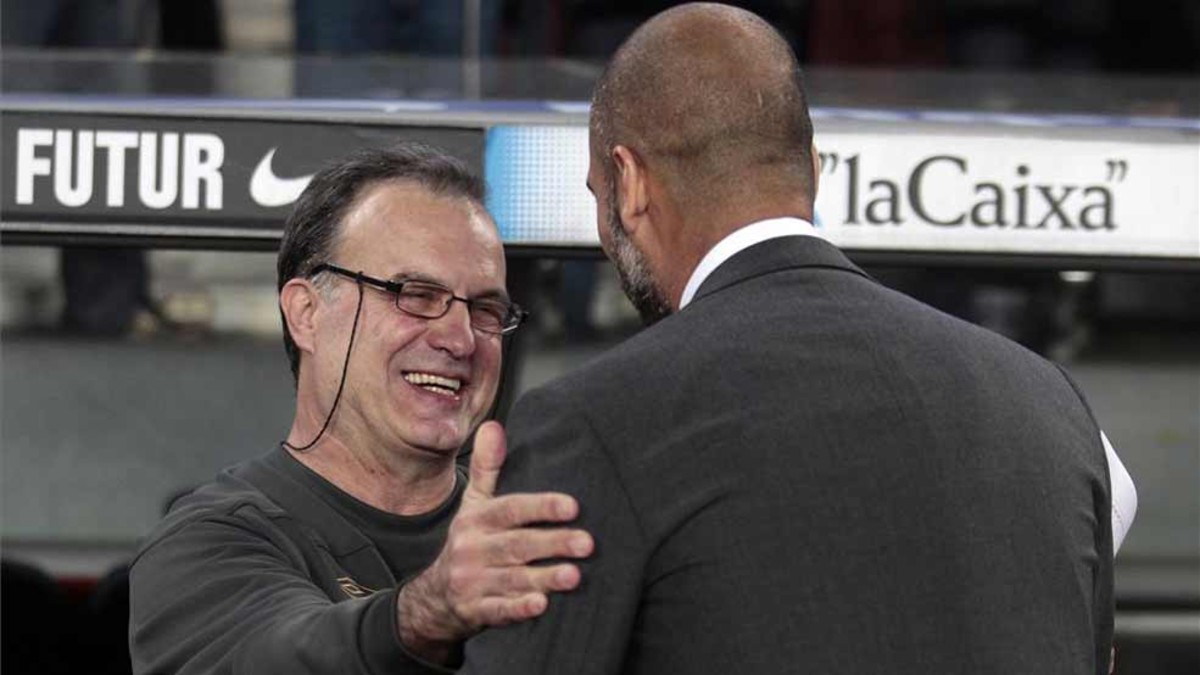 The visit to Elland Road will represent a difficult test for Guardiola after Leicester City brutally dismantled Manchester City. The performance in the second half was poor and the signing of Ruben Dias is a welcome addition even if it wasn’t Manchester City’s first choice.

The key will be can Manchester City cope with Leeds’ creative play and will the defence not engage in silly errors like conceding two penalties. Rodri may have felt the heavy defeat to Leicester City was unfair but in football what matters is scoring goals and not monopolising possession.

There will be goals.

Newcastle United barely deserved a point in their 1-1 draw at Spurs. However, though VAR awarded them a penalty deep into injury time, it was refreshing to see manager Steve Bruce launch into a withering riposte about the handball rule.

Even so, Bruce is fully aware his side needs to play better, seemingly dropping off after their opening day win at West Ham. Callum Wilson’s penalty against Spurs was their first shot on target in the game. 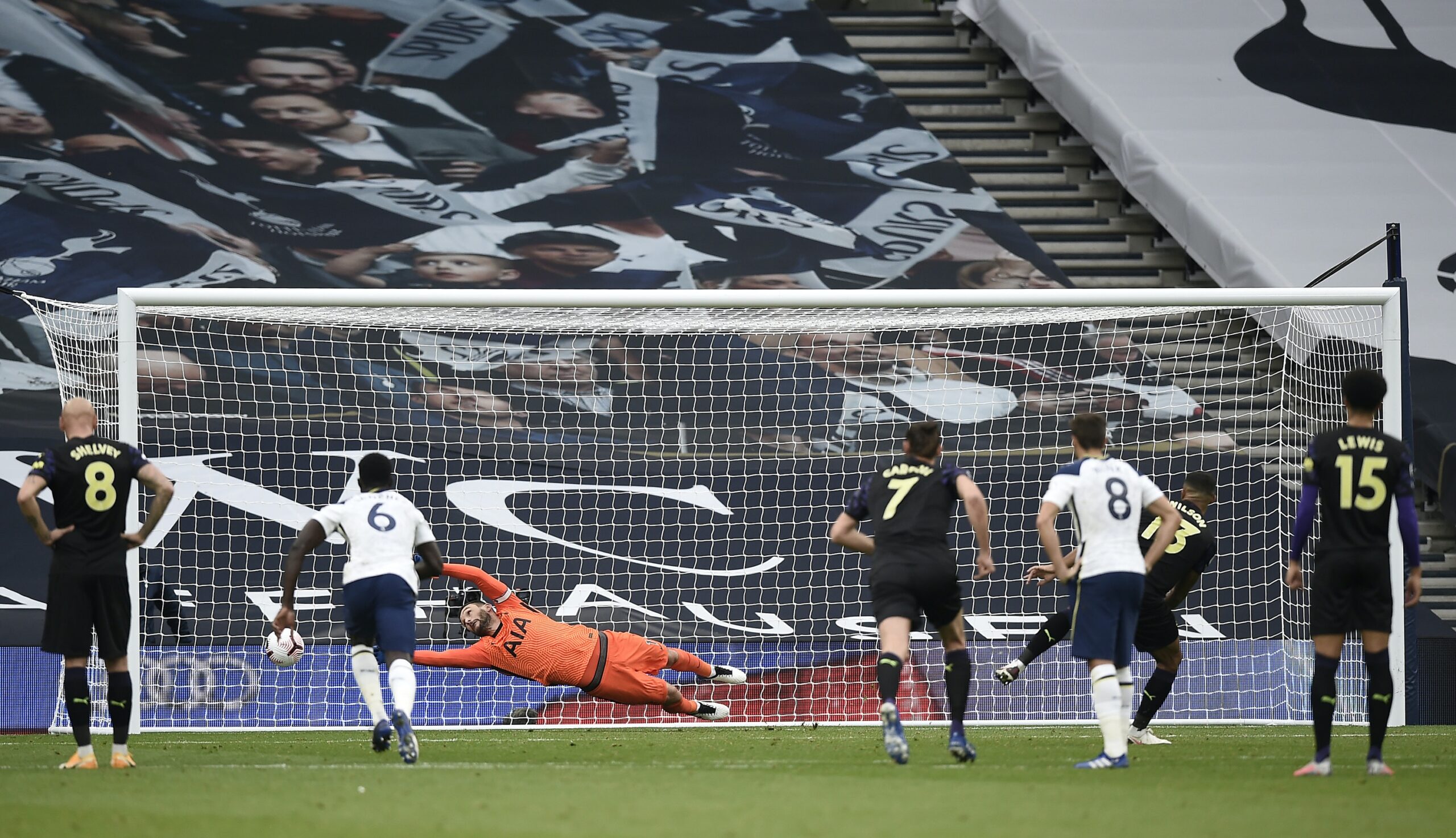 Burnley’s defeat to Southampton leaves them in the relegation zone and the last time they lost their first two Premier League matches was in 2014-15 when they were relegated. Sean Dyche was quick after the game to state how reinforcements are badly needed.

Being without first team players like Ben Mee, Ashley Barnes, Johann Berg Gudmundsson and Jack Cork is beginning to bite. Dyche may work wonders with a limited budget yet there is a limit to his talents. A positive result at Newcastle would at least be a base for Burnley to push on from.

Things to go downhill for Burnley

Leicester City’s destruction of Manchester City solidified the Foxes as the most impressive side in the Premier League after three games. The way Brendan Rodgers’ side recovered from going behind was brilliant and Jamie Vardy’s hat-trick was the icing on the cake.

Leicester have taken their potency on the field to the transfer market, with the arrival of Cengiz Under and Timothy Castagne fitting in seemingly at right back. Bringing in 19-year-old Wesley Fofana would solve a possible weakness in lowering the age of an experienced yet older center back corps in Jonny Evans and captain Wes Morgan. Caglar Soyuncu alongside Fofana is an exciting prospect. 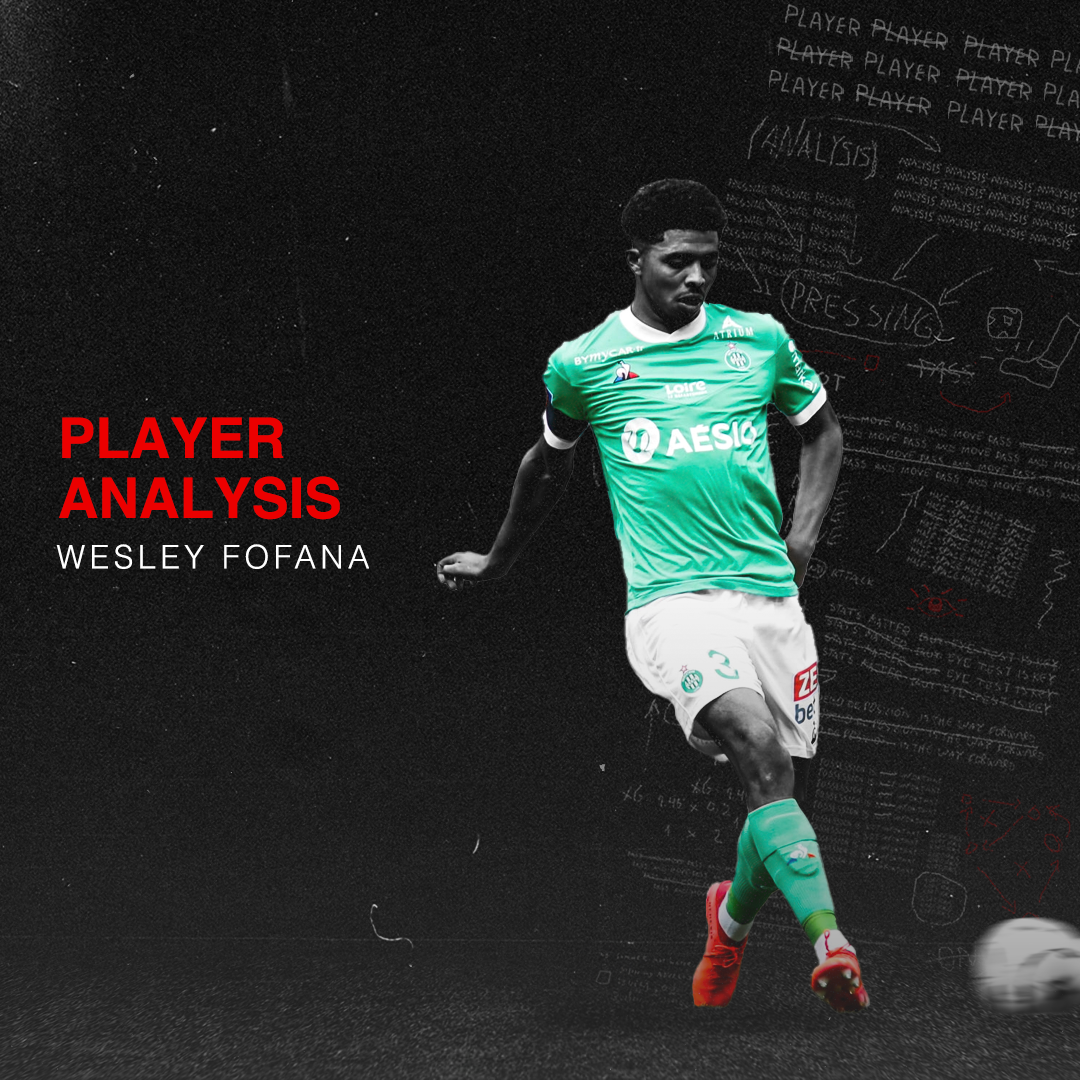 West Ham’s impressive 4-0 win to Wolves at home surprised many observers. The way West Ham cowered Wolves would have instilled confidence amongst fans and importantly the players. Some (unfairly) jibed David Moyes staying at home due to testing positive for COVID-19 played a part.

However, reinforcements are still badly needed at West Ham to sustain the current good feeling after their first league win of the season. In addition, keeping Declan Rice is crucial to at least forego another relegation battle. Avoiding a heavy defeat at Leicester City will help.

The Foxes to go into the international break as league leaders.

Danny Ings once again was the hero for Southampton with his early goal proving the difference against Burnley. Ings has started the season well – 3 goals in 3 league games leading to a call up to the England squad.

Importantly, keeping a clean sheet would have pleased Ralph Hasenhuttl after their heavy defeat to Spurs. One win is always a positive but to build on it with a victory against West Brom would show signs that Southampton can climb up the table like the old days of Mauricio Pochettino. 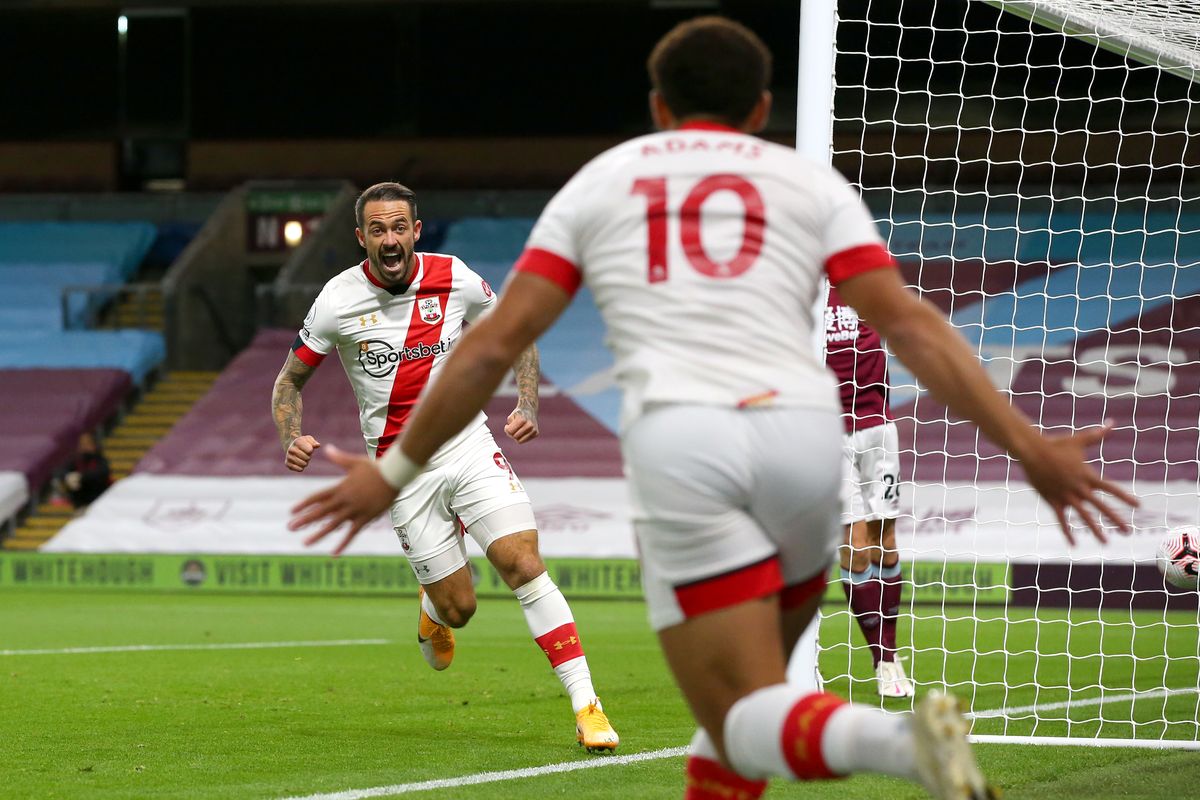 West Brom’s players were rightly frustrated at throwing away two points against Chelsea. Yet their first half display is to be commended, easily their best performance so far this season, taking the opportunities presented to them and rattling Chelsea.

Callum Robinson shone brightly with two goals and proving he can lead the Baggies upfront. Playing Southampton is an opportunity to get points against lower half teams, vital if West Brom want to stay up.

Saturday’s 4-0 defeat to West Ham was a noted reality check for a Wolves side riding high from a concentrated effort in the transfer market. Wolves manager Nuno Espirito Santo conceded his side “played a very bad game with a lot of mistakes” and suffered their heaviest Premier League defeat since 2012.

A lack of incisiveness despite dominating possession won’t help their ambitions of breaking into the Top 6. Neither is dropping points to sides in the bottom half of the Premier League. 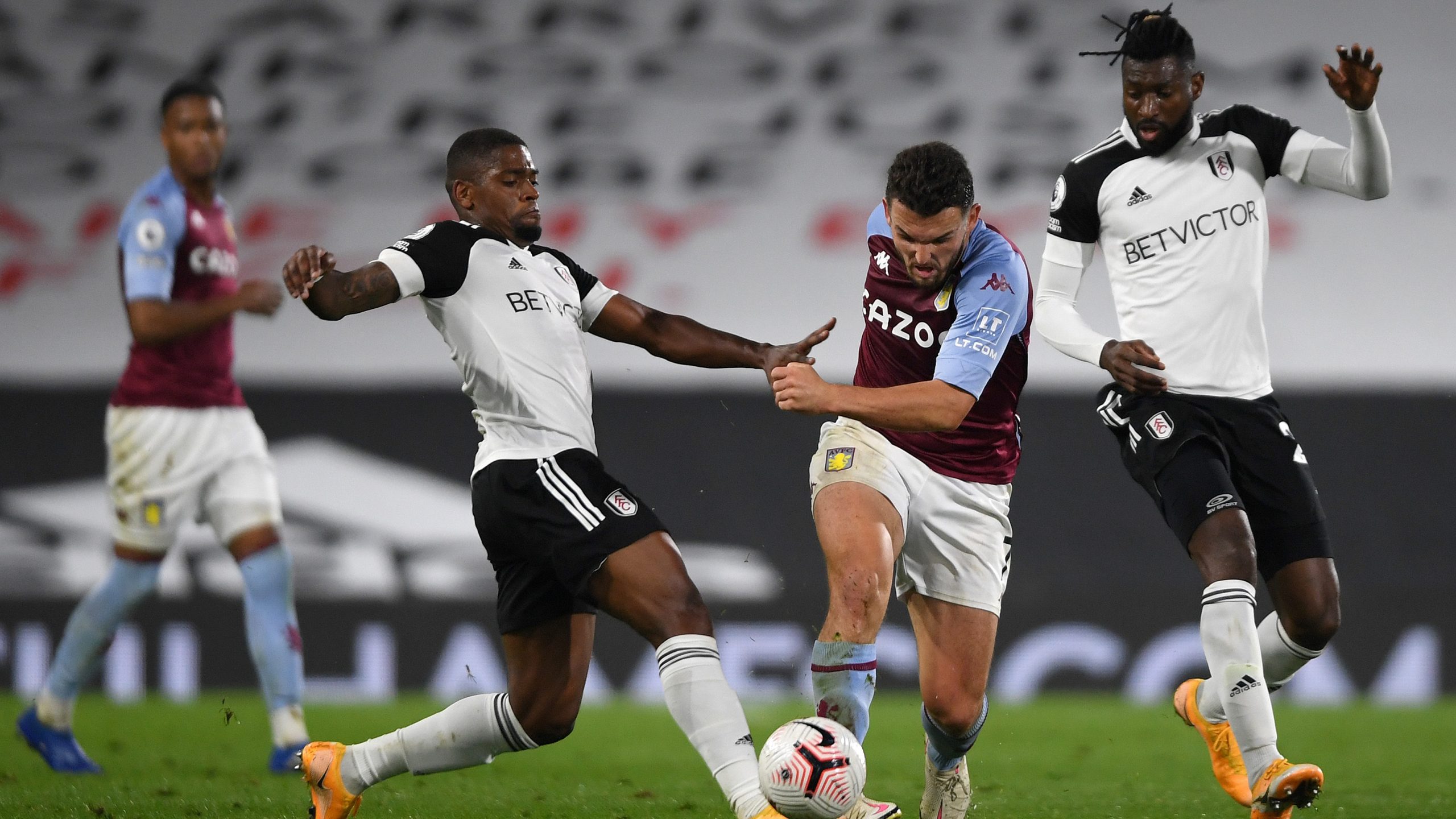 Alarm bells are still ringing at Fulham, even more loudly after losing 3-0 to Aston Villa on Monday. The Cottagers were abysmal, conceding twice within 15 minutes and having centre backs that are of Championship quality, something that has shockingly not been rectified.

Director of football Tony Khan was apologetic on Twitter after the defeat at not bringing in centre backs, Sassuolo’s Marlon having failed a medical, though links to Milan Skriniar are ambitious. The arrival of Ademola Lookman on loan at least will improve the quality of their creative players

There was no shame in losing 3-1 to Liverpool on Monday night, but there was a sense of regret at what could have been if Alexandre Lacazette had taken his chance when the score was 2-1.

The Gunners were at times strangled by their opponents and lack of creativity in midfield (until Dani Ceballos came off the bench) further intensified calls to close the deal on Houssem Aouar. Bukayo Saka has been one of their successful creative outlets in the last year and rewarded with a debut call up to the England squad. 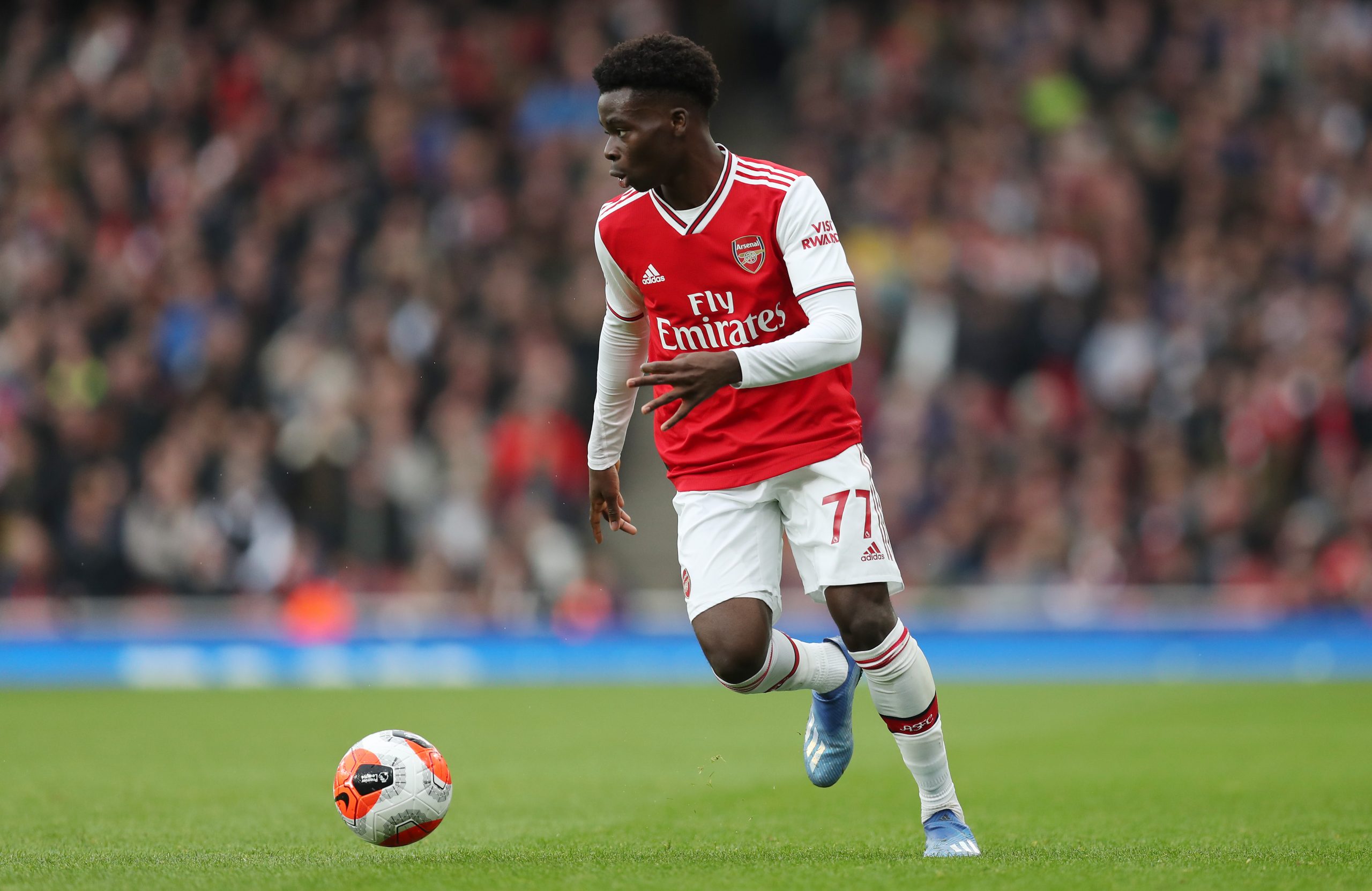 Despite being second from bottom after three straight defeats, manager Chris Wilder was quick not to panic and rightly pointed out they deserved something in the defeat to Leeds. Though losing Jack O’Connell for the rest of the season to injury further complicates matters.

In addition, the Blades haven’t scored any goals in the league, which is a slight concern for a side who had the sixth lowest goals scored in the top flight last season with 39. However, Arsenal proved a happy hunting ground for the Blades last season, taking four points out of six from the Gunners.

A tight game that Arsenal will edge.

The game of Matchday 4. Manchester United come into Sunday’s fixture riding high from snatching victory after the final whistle at Brighton thanks to VAR. They may have claimed three points but make no mistake their performance was substandard. If Brighton had won then it would have been deserved and Ole Gunnar Solskjaer needs to shape his team up out of their sluggishness. 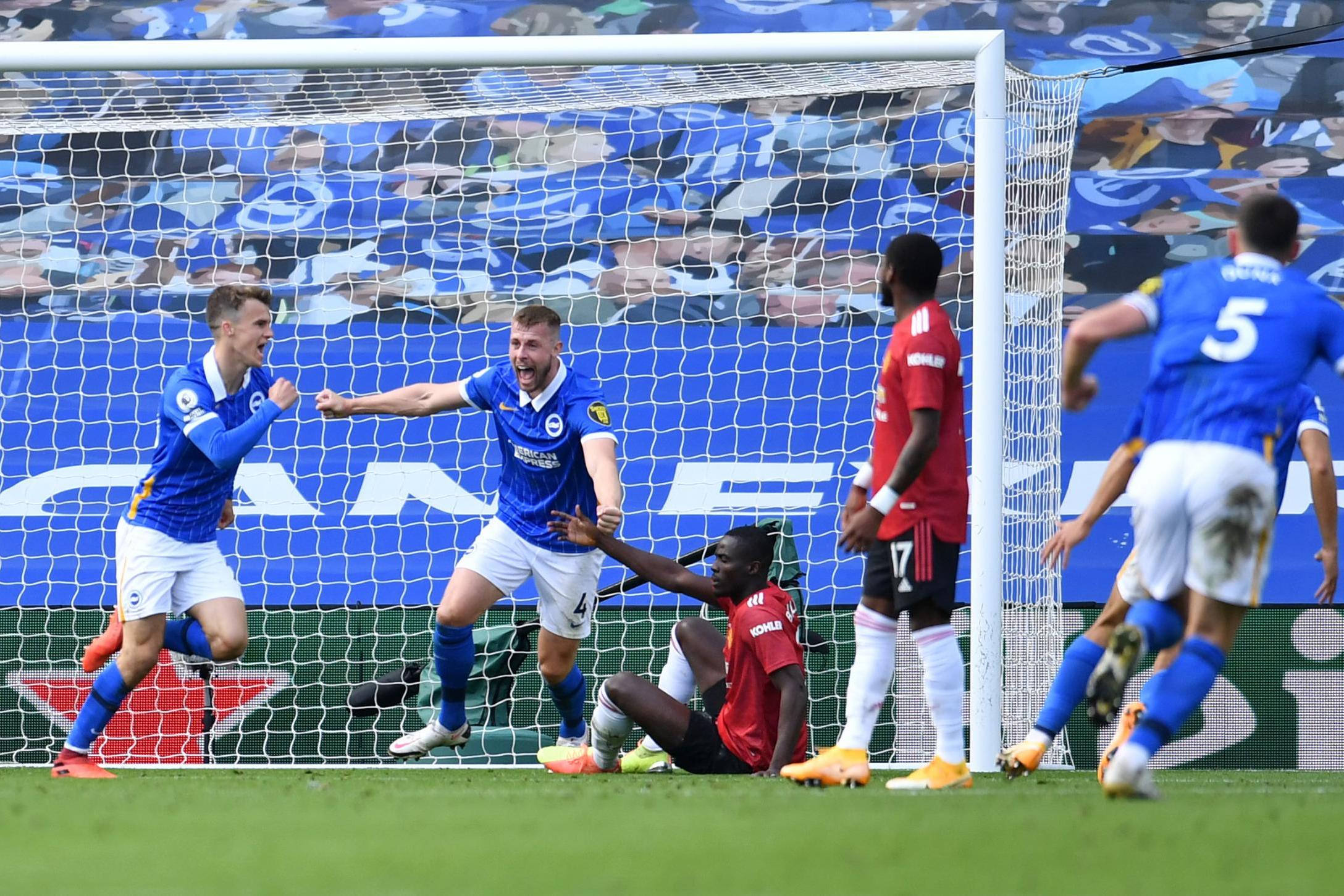 Spurs on the other hand faced the wrath of VAR against Newcastle that cost them two points. Although Spurs should have killed off the game, four points from nine is not a great start for a Jose Mourinho side that is looking to push forward after a tumultuous 2019-20 season.

Bringing in Benfica’s Carlos Vinícius initially on loan would at least help bring a Plan B if Harry Kane succumbed to injury again. For now, Jose Mourinho will see Sunday’s game as another chance to put one over his old employers

The points to be shared.

Aston Villa put Fulham to the sword on Monday, as well as importantly bolstering their creativity in acquiring Ross Barkley that will lessen the burden on Jack Grealish.

Villa have been proactive in the transfer market from goalkeeper, midfield and attack in the hope of rectifying the missteps of the previous summer transfer window. Two wins from two is a change from last season when Villa lost their first two league games but face the biggest test of the season so far when they host Liverpool. 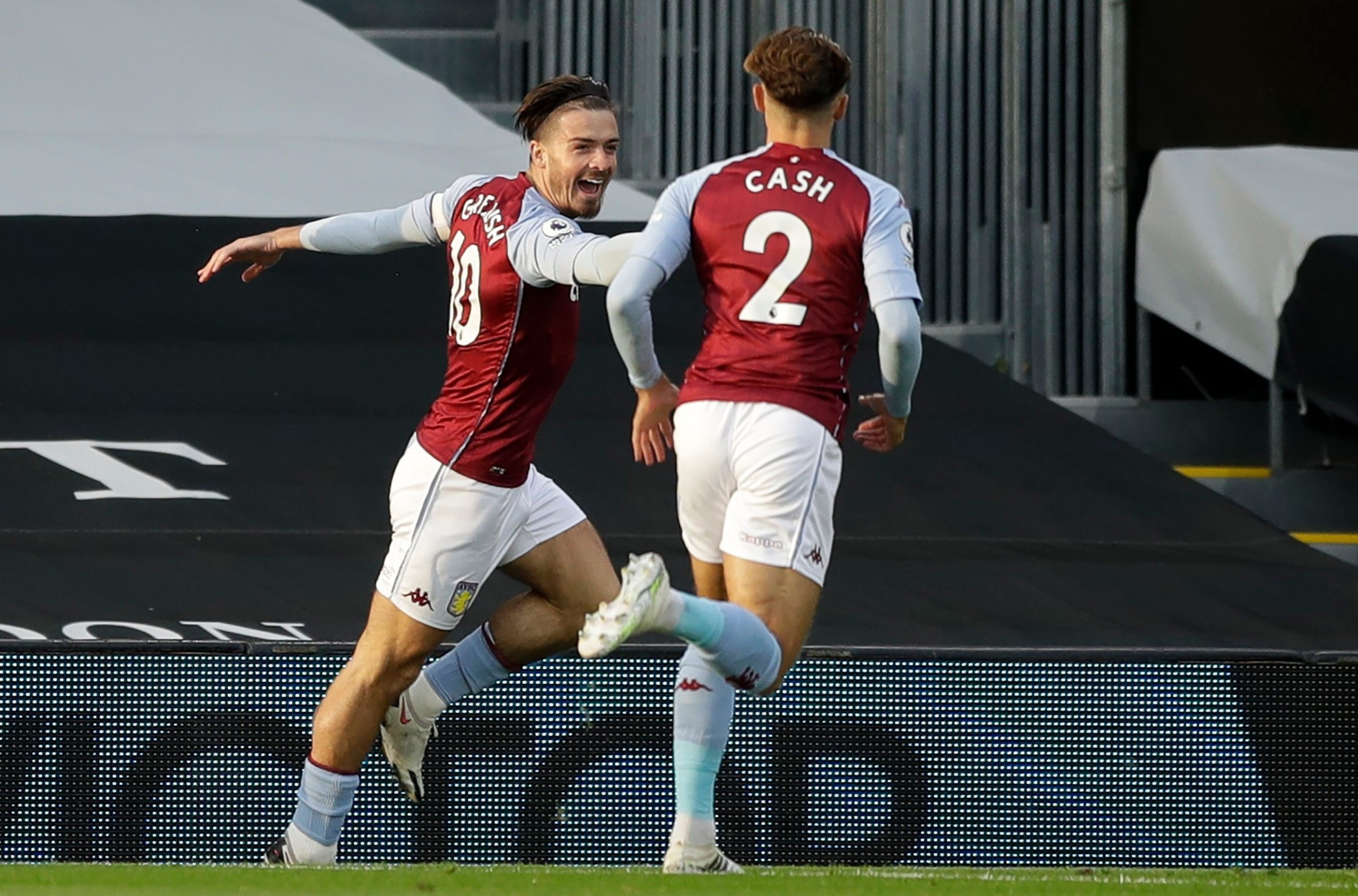 The magnitude of Aston Villa’s test was shown by Liverpool’s fantastic performance against Arsenal on Monday. Jurgen Klopp’s tactics of relentless intense pressing was studiously executed by his players, as they strangled Arsenal deep in their half. The front three once again played well but it was important for Diogo Jota to make an impactful cameo from the bench.

The only real bone of contention, despite Sadio Mane’s controversial yellow card in the opening minutes was Andrew Robertson’s wayward clearance that led to Arsenal’s opener. Lapses in concentration might cost Liverpool if they aren’t careful.

100% record continues for the defending champions.