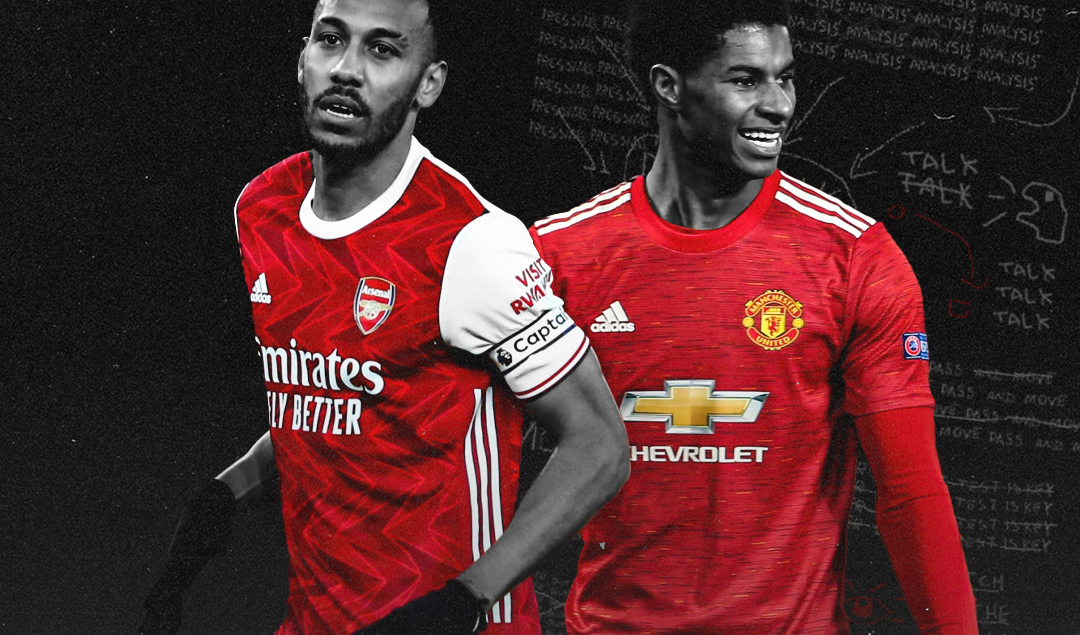 Another day brings another set of predictions for Matchday Seven of the Premier League. Here is what to watch out for as we enter the last days of October and come into November.

Sunday’s draw at Newcastle was a frustrating result for Wolves. Raúl Jiménez’s strike with ten minutes to go seemed to have won them the game until Newcastle’s Jacob Murphy’s free kick just before injury time to dash such hopes. The result frustrated manager Nuno Espírito Santo, especially at their lack of ruthlessness in front of goal, managing just 3 shots on target in spite of 67% possession. 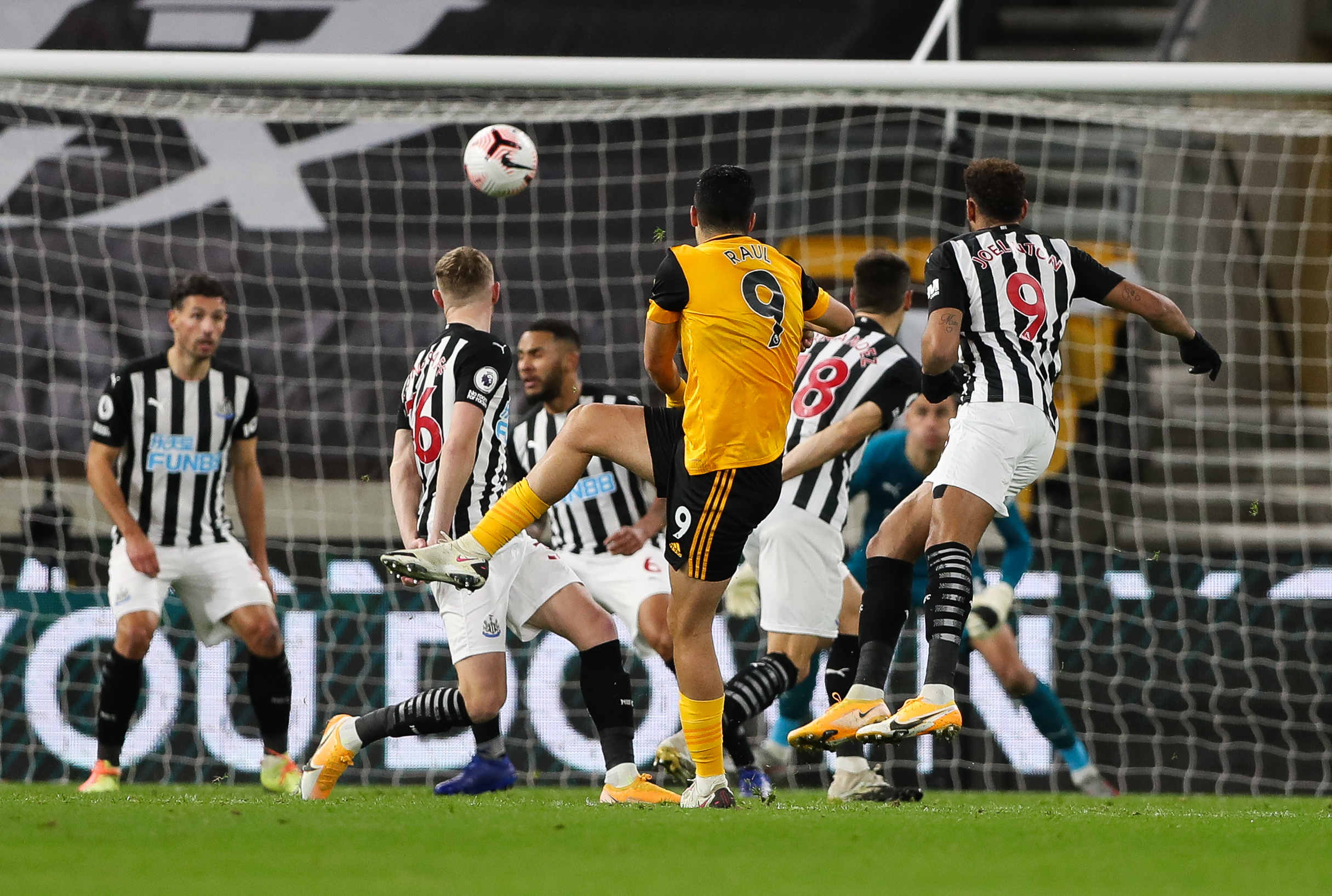 As written before, dropping points to teams in the bottom half isn’t going to achieve lofty aspirations of European football. Defeat to Crystal Palace would further spoil such hopes of breaking into the Top 6.

Crystal Palace went to their tried and tested away from home against Fulham to soak up pressure and counter effectively. Roy Hodgson’s tactics worked to a tee, as their two goals came from the counterattack, spurred on by Wilfried Zaha who created the opener and doubled their lead.

After a quiet start to the season, this was a performance to show Zaha is a brilliant player, some might say too good not to play in Europe. Alas, yet another away game to Wolves on Friday night gives Hodgson another chance to replicate the tactics that downed Fulham last week and Manchester United.

Wolves to yet again be pegged back by a mid table side.

Chris Wilder was heartened by his team’s performance against Liverpool though defeat means Sheffield United are still without a win in the league this season. Furthermore, the Blades are on a nine game winless run, with the visit of Manchester City an imposing test. 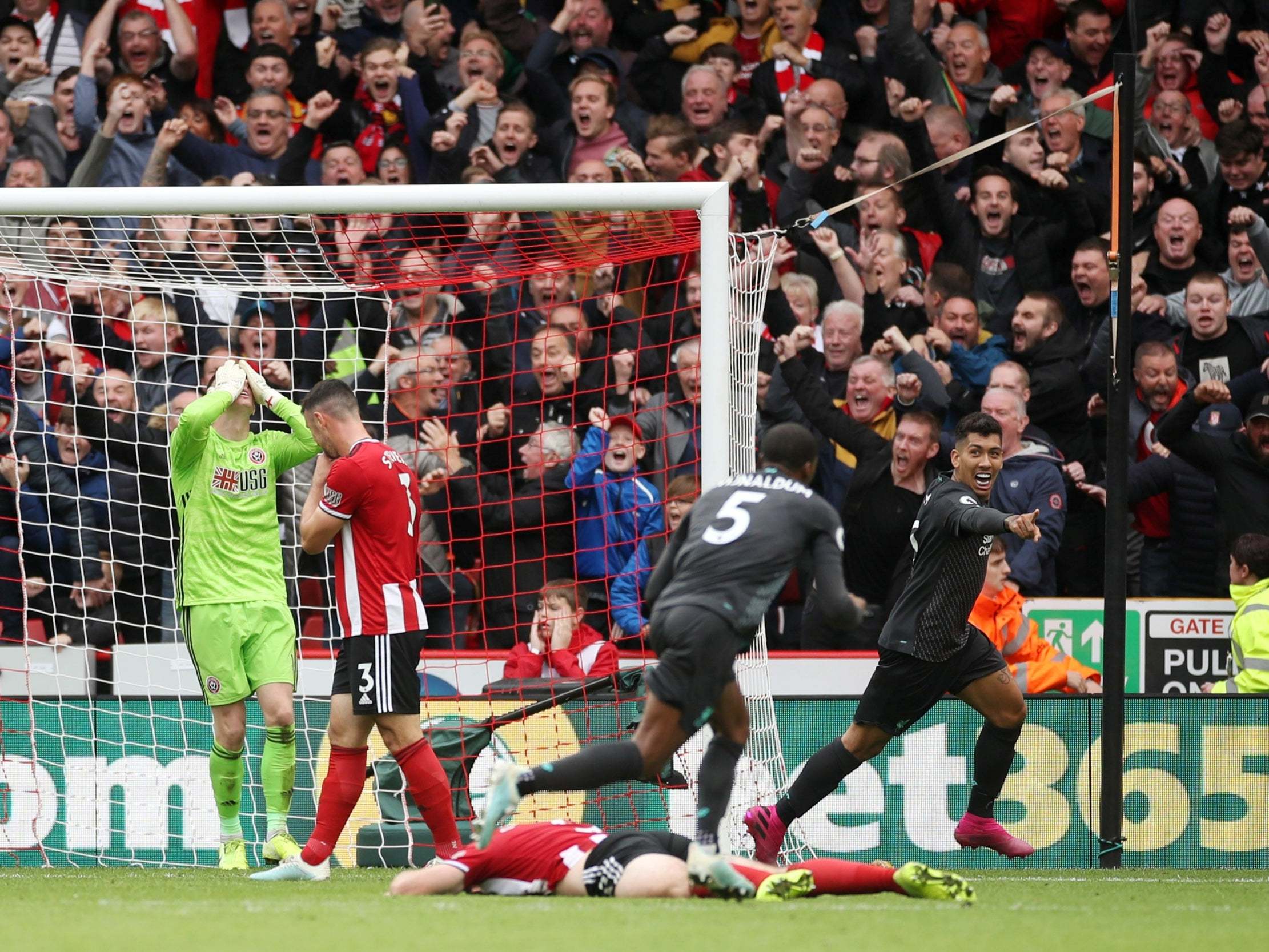 Sheffield United had a good record at home last season against the Big Six teams – the fans at Bramall Lane a great leveler. The pandemic means the absence of fans has hit the Blades hard and must start winning games or face a battle to avoid relegation.

Manchester City had reasons to be frustrated, as their dominance in the second half could not break down a resilient West Ham. Being held to a draw brings worrying concerns for manager Pep Guardiola. Eight points from their first five league games means this is their lowest total at this stage of the season since 2014-15.

Guardiola has worries in Sergio Agüero out with a muscular problem, yet another injury that has hampered his side. The bright spot is the return of Kevin De Bruyne whose cameo off the bench trouble West Ham. The creativity shown by his two assists in his side’s 3-0 win at Marseille in the Champions League on Tuesday will be needed at Sheffield United on Saturday.

Sheffield United to wait for their first league win.

Despite Burnley still without a league win this season, manager Sean Dyche was pleased with his side’s narrow 1-0 loss to Spurs on Monday. He was right to be, as they were unlucky to lose, having a goal ruled out for offside, a shot cleared off the line and testing Hugo Lloris on several occasions. 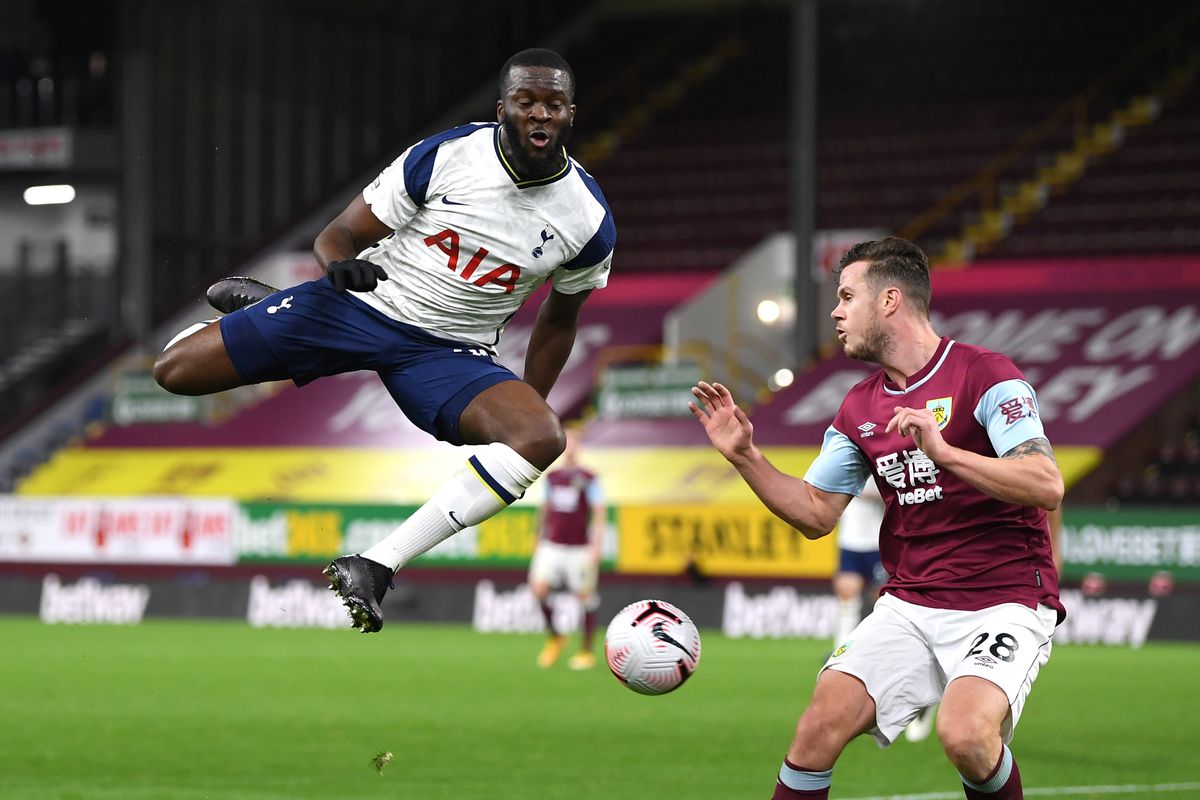 The tests don’t get any easier for the arrival of Chelsea and they need to notch up victories sooner rather than later. Defeating Chelsea would be a huge boost to Dyche and his players.

As for Chelsea, a draw at Manchester United was better than a defeat, even if they felt a penalty should have been awarded after César Azpilicueta was impeded by Harry Maguire.

Thankfully for manager Frank Lampard, Édouard Mendy’s steadiness in goal at least reduces his worries in defence, his three clean sheets from his first three games providing the reassurance Kepa Arrizabalaga lacked. The only sticky point for Lampard is a three day turnaround from their Champions League win at Krasnodar on Wednesday to facing Burnley on Saturday.

Chelsea to grind out a victory.

Though Sheffield United proved difficult opponents, Jurgen Klopp would have been pleased at his team’s ability to overcome going behind early on. Yet allowing 13 shots on goal shows just how much they miss Virgil Van Dijk.

Nevertheless, the return of Alisson from injury was a timely boost and showed why he was missed when denying Ben Osborn while Liverpool were a goal down. They’ll need him especially after Fabinho was injured in their Champions League win against FC Midtjylland in midweek. 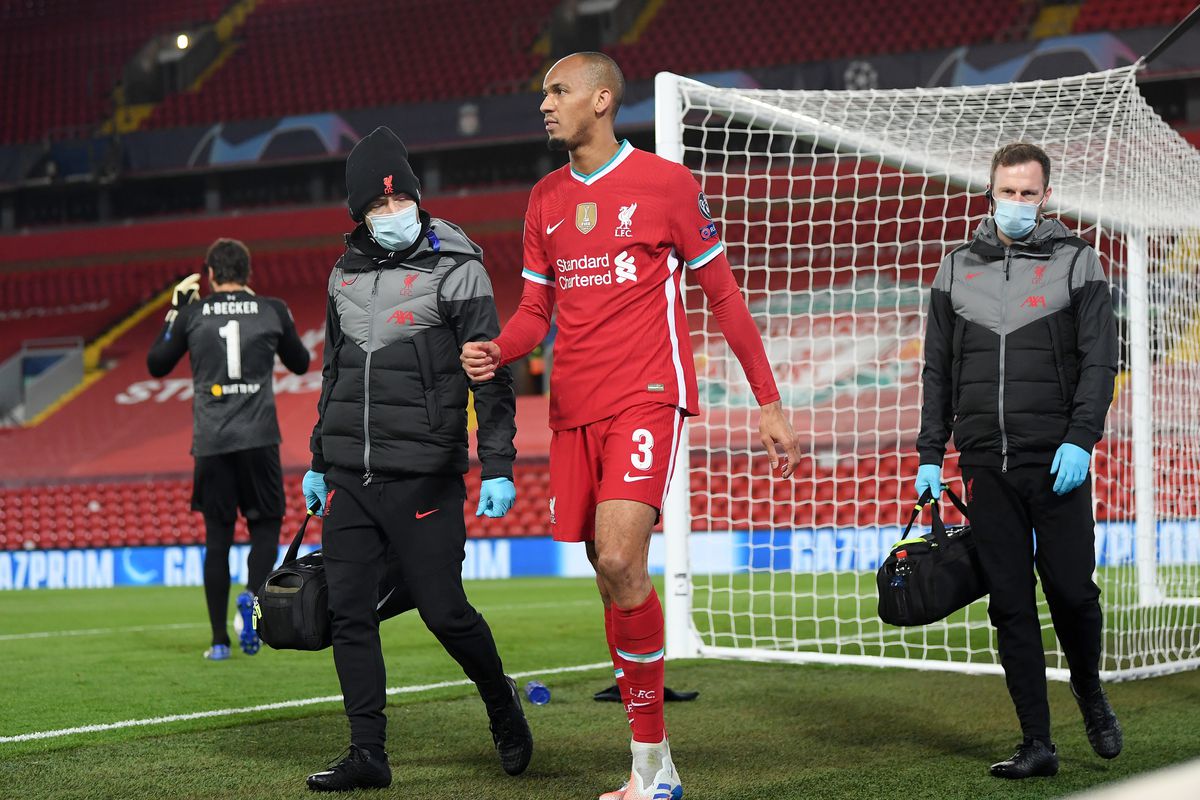 A banged up Liverpool face a West Ham side in strong form – undefeated in their last four league games. Holding Manchester City to a draw was the latest in a series of good results that has lifted the mood among Hammers fans.

It is a reversal of fortunes for manager David Moyes whom many had as the favourite to be sacked. West Ham will hope Michail Antonio can be fit, especially after his fantastic overhead volley against Manchester City. The possible debut of Saïd Benhrama is also an enticing prospect.

Another tight game at Anfield.

Their first league defeat of the season to Leeds United was a reality check to Aston Villa. Losing 3-0 at home was a timely reminder of how they are a work in progress. Manager Dean Smith attests to their performance last week in that his side were lucky to lose 3-0.

But the fact it was Aston Villa’s first defeat in nine league matches goes to show the strides taken by the club to avoid relegation last season and start this season very well. Villa will look to bounce back from their first league defeat of the season with a win. 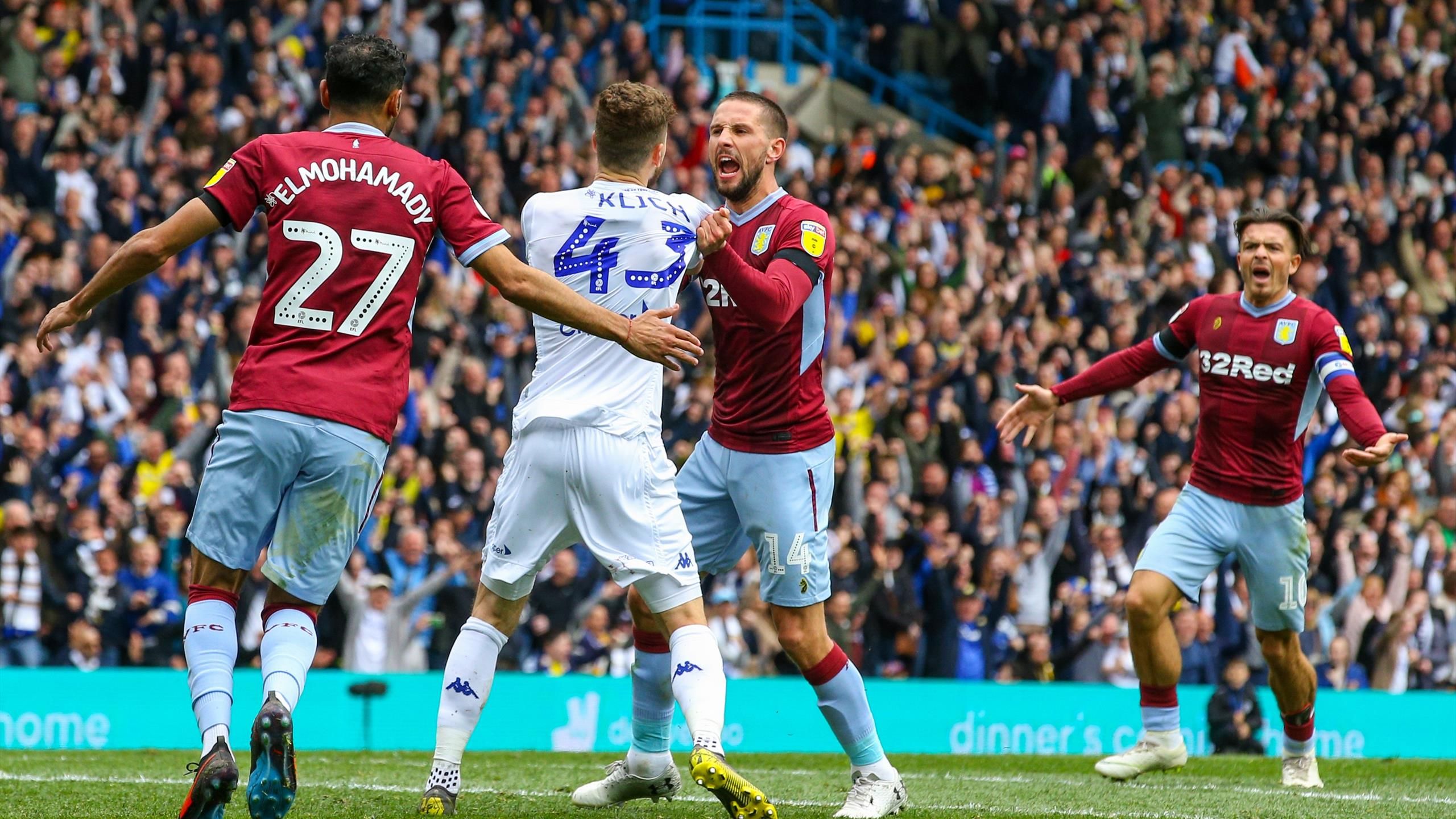 That will be easier said than done for Southampton are a team on the up. An impressive 2-0 win against league leaders Everton on Sunday makes them undefeated in four games. The Saints have gone from strength to strength after losing their first two games.

A closely fought and entertaining game.

Newcastle United were indebted to Jacob Murphy’s quick thinking that salvaged a point at Wolves last week. Eight points from a possible 18 is a decent total yet still puts them in 14th in what is a congested mid-table in the league.

A decent run of results could put them in the top half while a bad run could put them above the relegation zone. That is why Newcastle must improve their sluggish home form – with just one win from their first three league games this season.

They need to improve their performance because Everton will be smarting from losing their 100% record. James Rodríguez was fit against Southampton yet was ineffective. Moreover, the Toffees badly missed the presence of Seamus Coleman in defence and Richarlison in attack. 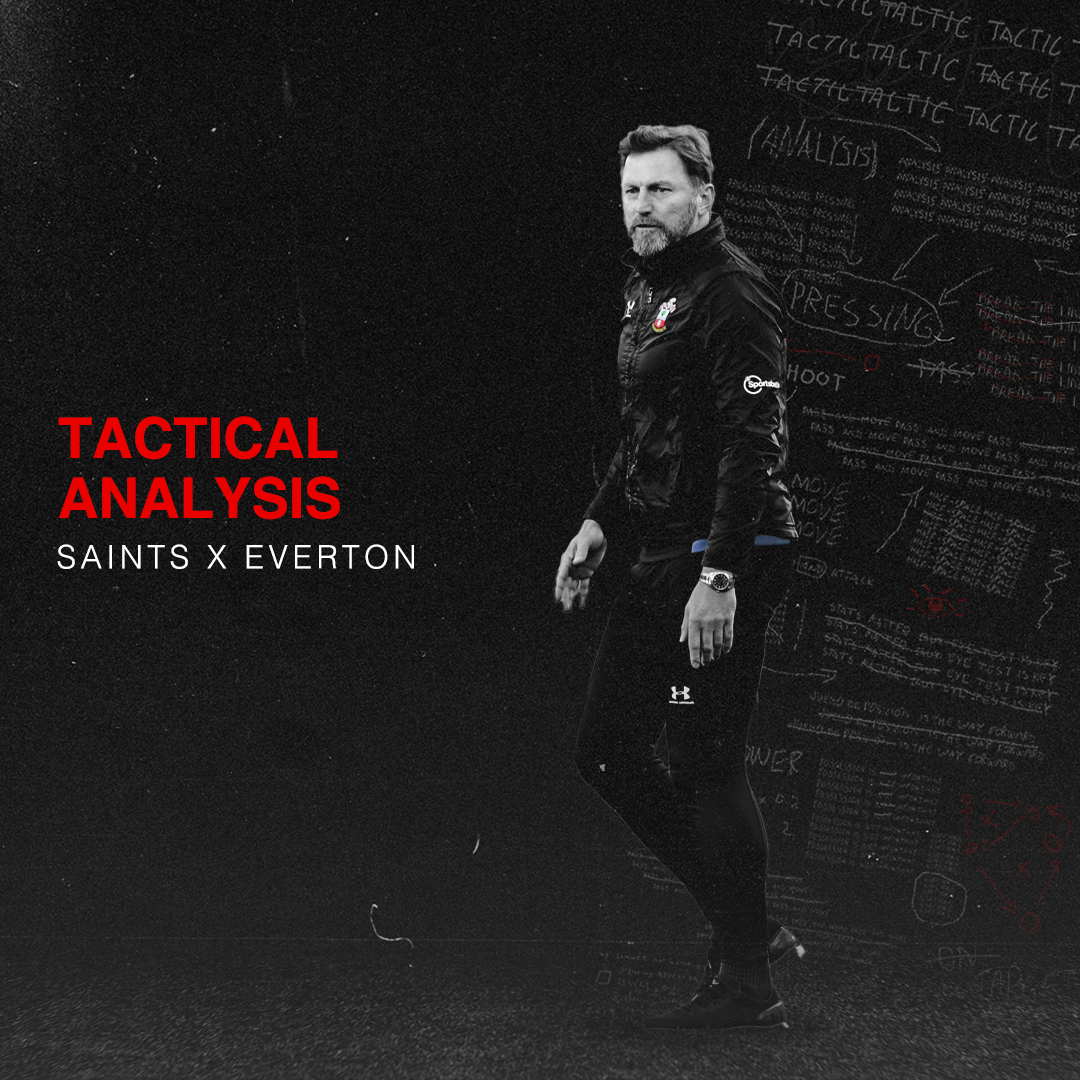 Though Everton will be pleased Lucas Digne’s suspension was reduced from three games to one after his red card at Southampton. Carlo Ancelotti will want a marked improvement from his team and show their defeat at Southampton was a minor blip and not something deeper.

The Toffees back to winning ways.

The game of Matchday Six. Both sides need to win this game to kickstart their season that has spluttered in recent weeks. Though avoiding defeat to Chelsea last week, it still leaves Manchester United in 15th and only a few points above the relegation zone.

Ole Gunnar Solskjaer is in more need of a win, especially with his side winless so far at home in the league, a sharp contrast to their 5-0 destruction of RB Leipzig in the Champions League on Wednesday. The result in midweek means a win could revitalise their season. A loss puts them back to square one. 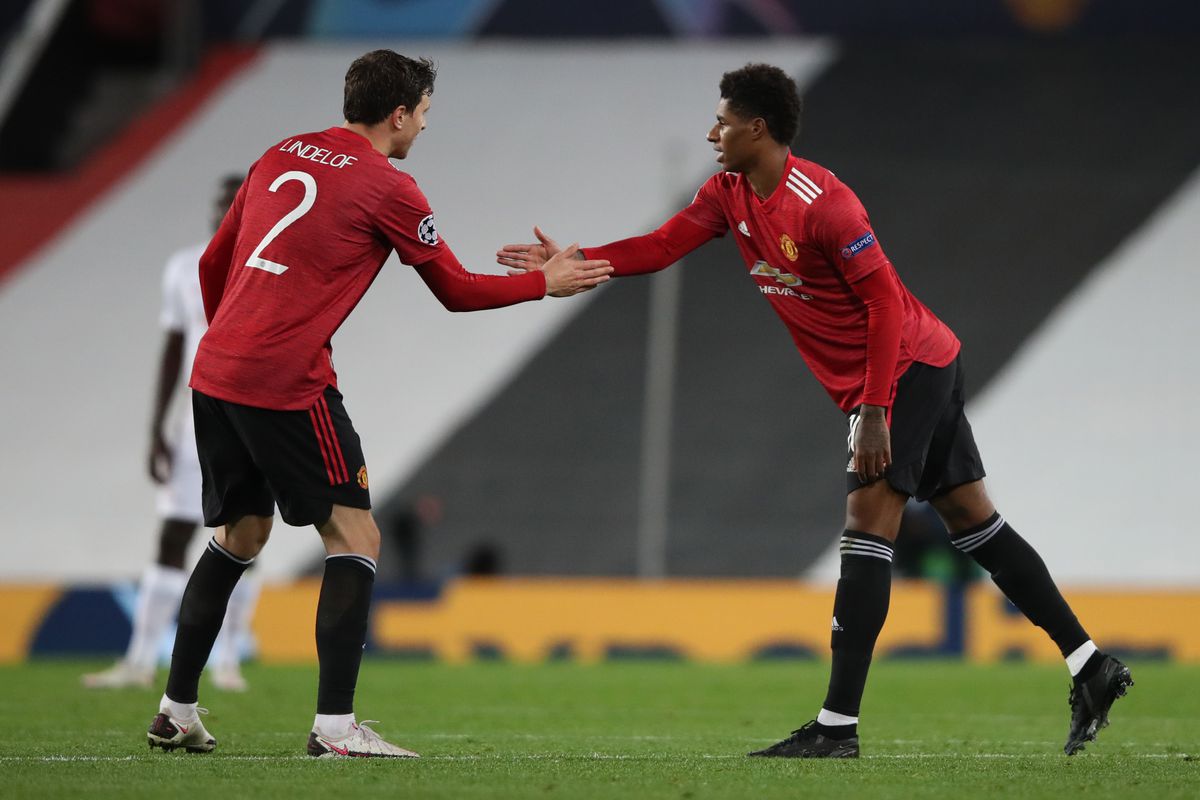 Arsenal have been on a slide in recent weeks due to consecutive defeats in the league. Both losses with the same score (1-0) that highlights an ineffectiveness in attack. Their latest reverse against Leicester on Sunday concerned Arteta in their lack of penetration, their second half performance lacking creativity to unlock the defence.

Moreover, the absence of David Luiz and Rob Holding with injury is a further headache, especially as Shkodran Mustafi lost concentration in tracking Jamie Vardy’s run for the winner. Mustafi needs to up his game, for Arsenal do not want a repeat of last season’s woes in the league.

Points to be shared at Old Trafford.

Despite a tough game at Burnley, Spurs would have been happy to get away from Turf Moor with all three points. A defence holding firm is a plus point yet José Mourinho has Harry Kane and Heung-Min Son to thank. The duo combined for Son’s winner and linked up for nine goals in the league.

The South Korean international is the league’s top scorer with eight and Kane has added a creative element to his game. Jose Mourinho might be building something at Spurs, yet the capitulation at West Ham and surprise defeat to Royal Antwerp in the Europa League shows they are still a work in progress. 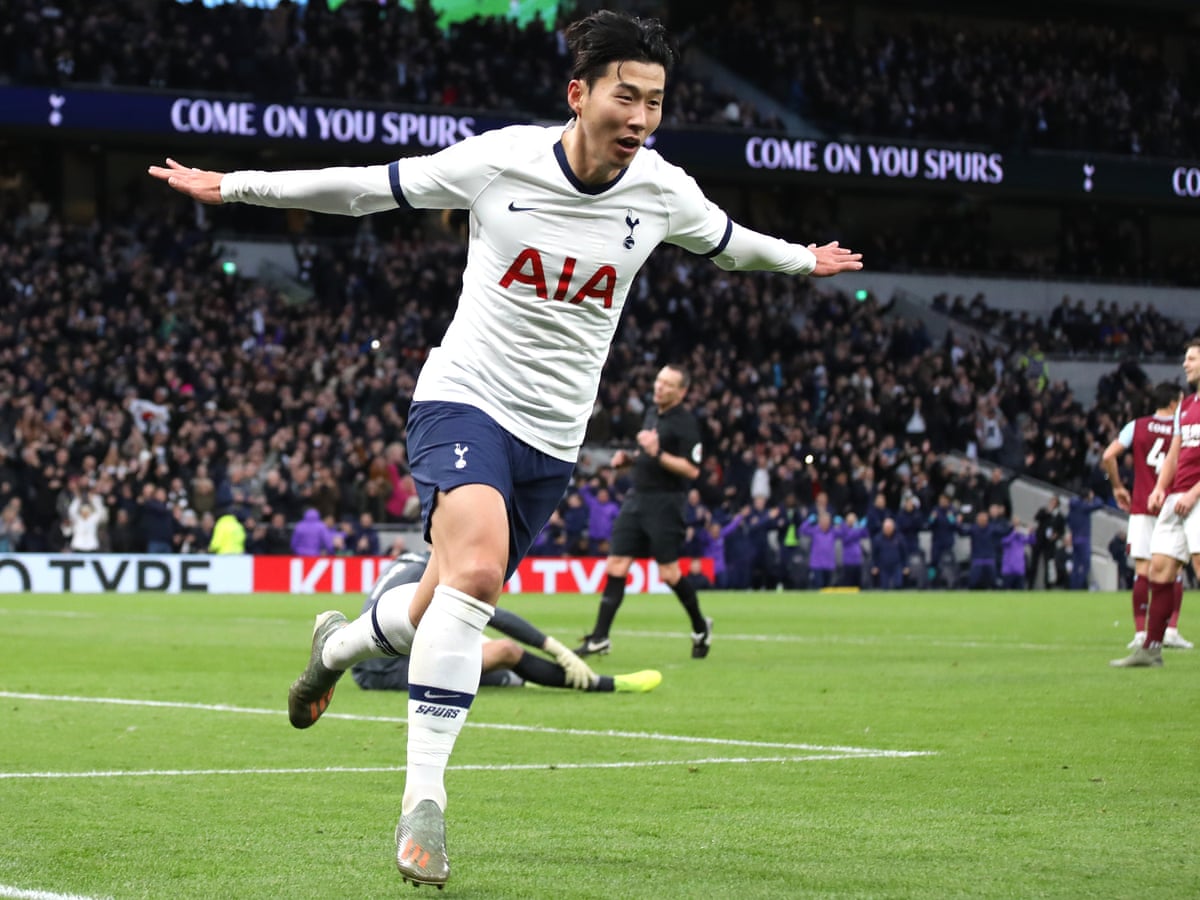 Brighton’s 1-1 draw to West Brom was a missed opportunity for the Seagulls to jump up the table. Winless in four league games, you wonder if manager Graham Potter will temper his attractive style of football with a pragmatic approach to get points.

Potter was frustrated at West Brom scoring with just seven minutes to go and balk at how West Brom gained a foothold on the game in the second half. It’s clear they miss defender Lewis Dunk who has another two games remaining in his suspension. A trip to Spurs is never easy yet Brighton have won four out of their five points this season away from home.

Spurs to capitalise on Dunk’s absence.

Easily the first relegation six pointer of the season. Both teams are in search of their first league win of the season but it is Fulham who are in more dire need. Though the Cottagers showed intent in having 65% possession against Crystal Palace, their inability to turn possession into goals cost them dear when effectively counterattacked by Palace. 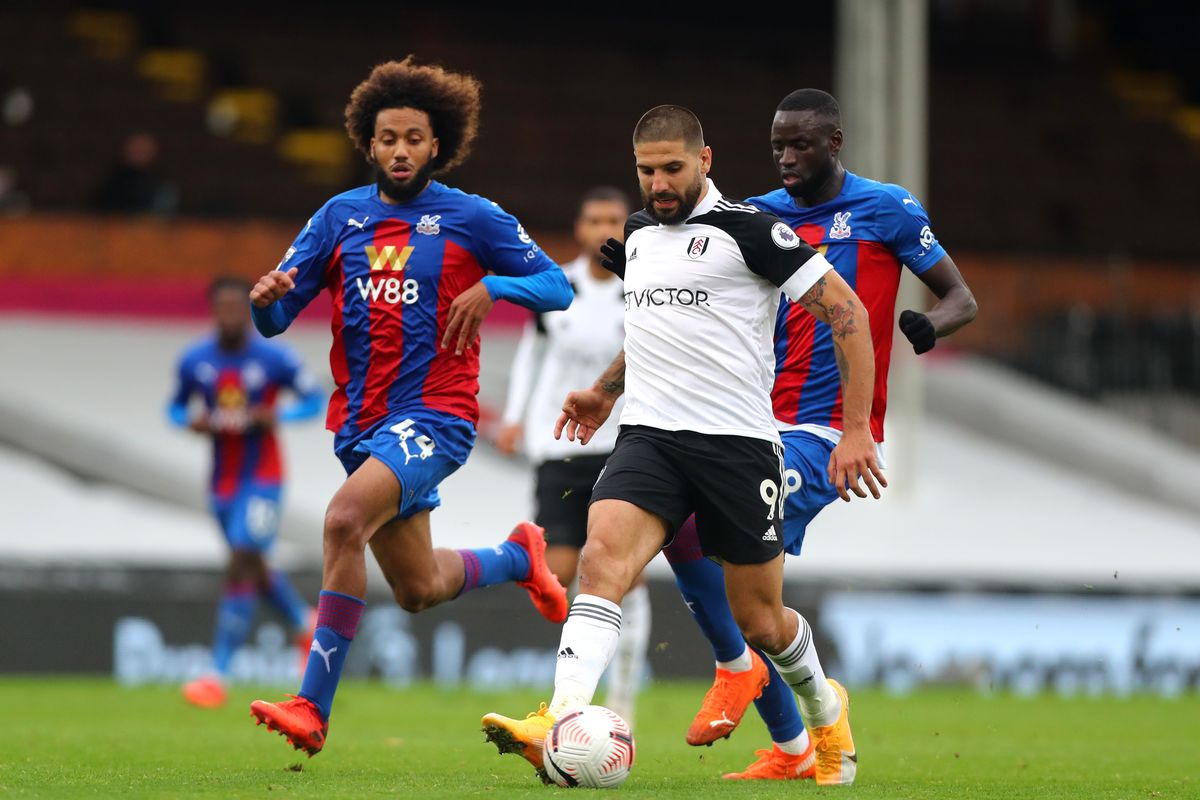 Defence is still a worry for manager Scott Parker, already conceding 14 goals in six games. Any hopes of victory at Craven Cottage on Monday hinges on becoming far more incisive in front of goal and becoming less porous in defence.

West Brom will be coming into the game with confidence after snatching a point at Brighton last week. Slaven Bilić was pleased at his side’s performance and will be glad that Karlan Grant, recently signed from Huddersfield Town, salvaged a point for the Baggies.

Having said that, whisperings of discontent have occurred that has resulted from selling defender Ahmed Hegazi to Saudi Arabian club Al-Ittihad against Bilić’s wishes. A win at Craven Cottage would be timely for the club and paper over Bilić’s anger at being overruled. Defeat might just compound things.

The points to be shared in West London.

Leeds head into the final game of Matchday Seven on a real high after a comprehensive victory at Aston Villa. It was certainly a triumph for Patrick Bamford, his hat-trick a timely riposte to those who doubted whether he was good enough to lead Leeds’ attack in the Premier League. Credit must go to manager Marcelo Bielsa who stuck with Bamford in the Championship when many questioned him. 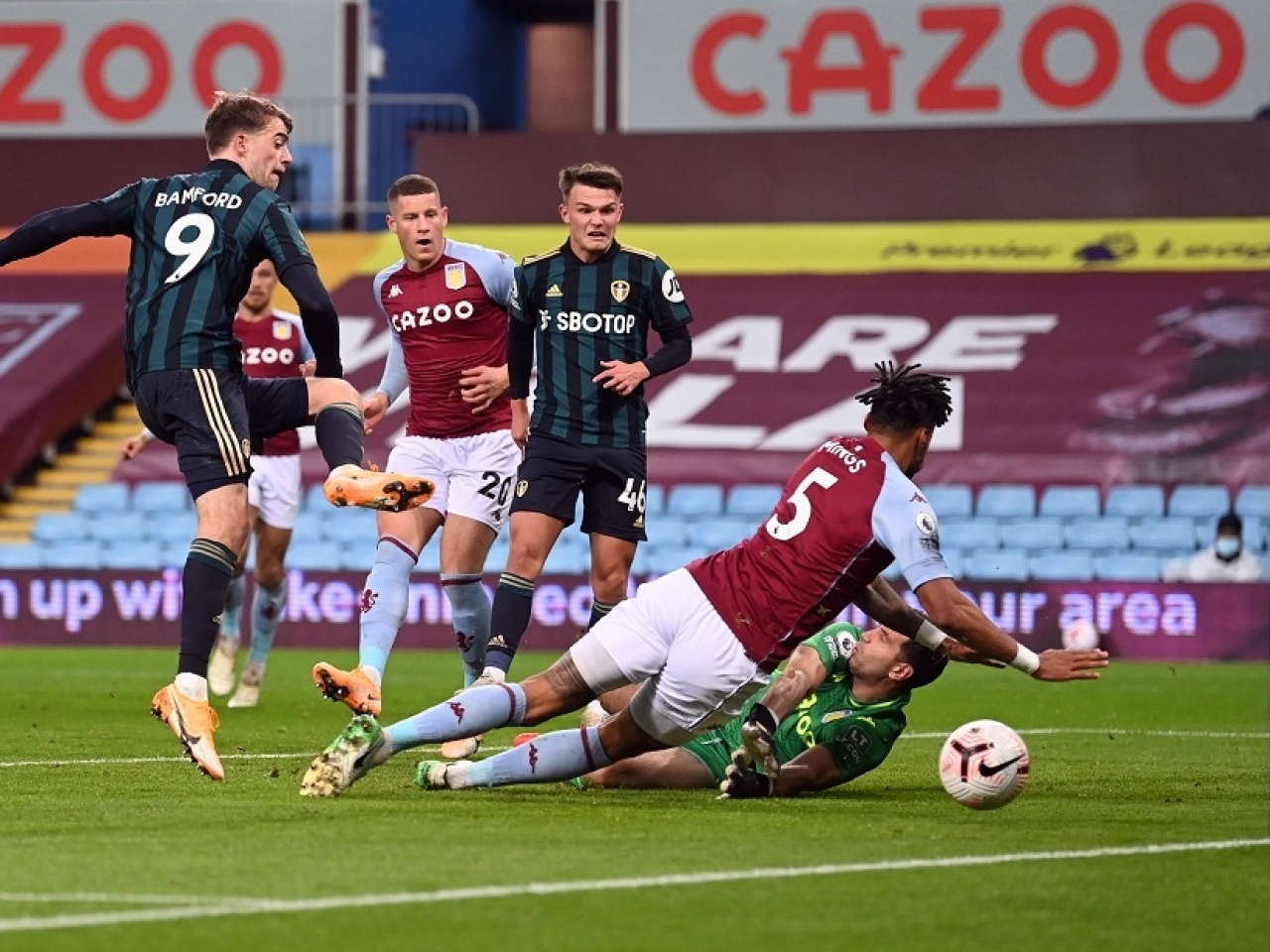 When Leeds lost 4-3 to Liverpool in their season opener, while overcoming Fulham by the same scoreline, many questioned if their defence was too open. Since then, they have conceded just two goals in their last four league games. There is much to their game than incessant attack.

Some labelled Leicester City’s win at Arsenal on Sunday a smash and grab job. Yet that would demean the performance of the Foxes under Brendan Rodgers. They set up well in defence to nullify an Arsenal attack that dominated possession yet could not break them down.

The arrival of Jamie Vardy and Cengiz Ünder from the bench was the difference – both combining for Vardy’s goal. Yet Wesley Fofana’s display was vital in negating Arsenal’s attack. Çağlar Söyüncü’s long term absence is a blow yet Fofana represents an able deputy for the games ahead starting with Leeds.