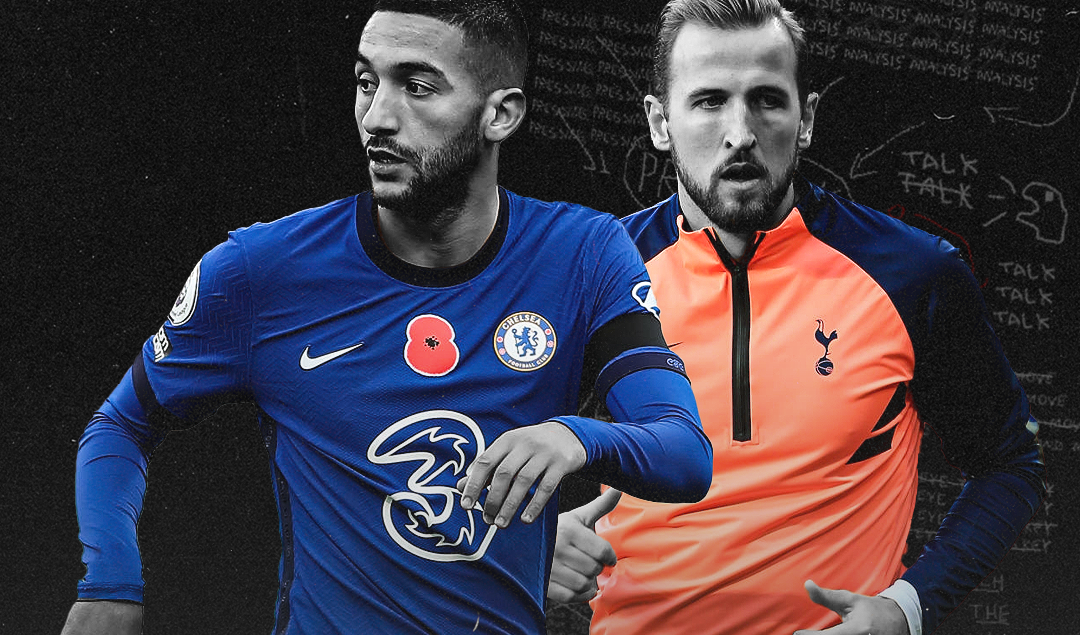 With it being FA Cup weekend across the lower leagues of English football, can Matchday Ten provide possible shocks and upsets? We analyse the matchups.

The announcement of Wilfried Zaha testing positive for COVID-19 came as a blow for Crystal Palace, especially as it came just a few hours before their league game at Burnley on Monday. Losing their best player hampered Palace, as they fell to a 1-0 defeat at Burnley and they missed his influential abilities at Turf Moor. If he still tests positive for COVID-19 then the omens against Newcastle are ominous, as Palace have lost 14 of their last 16 games without Zaha.

Newcastle will want to bounce back from defeat to Chelsea on Saturday with a win, but they will hope Callum Wilson can be fit. The Magpies sorely missed his presence, as they failed to score in back to back games without him. Scoring six of his side’s 10 league goals this season is a measure of his importance, despite only being at the club for a few months.

Newcastle manager Steve Bruce will hope for contrasting fortunes on the road seeing they have now lost five of their last seven league home games.

Points to be shared at Selhurst Park.

Brighton will be coming into Saturday’s game with renewed confidence after their 2-1 win at Aston Villa – their first ever victory against their opponents and their first win in two months. Brighton did ride their luck thanks to VAR but they will be glad for the three points.

However, Liverpool will represent a very tough test, with two points of concern for the Seagulls. Firstly, they will be without Tariq Lamptey after he was sent off at Aston Villa in stoppage time. Secondly, they need to tighten up on set pieces, conceding the most goals in the league so far this season with nine. 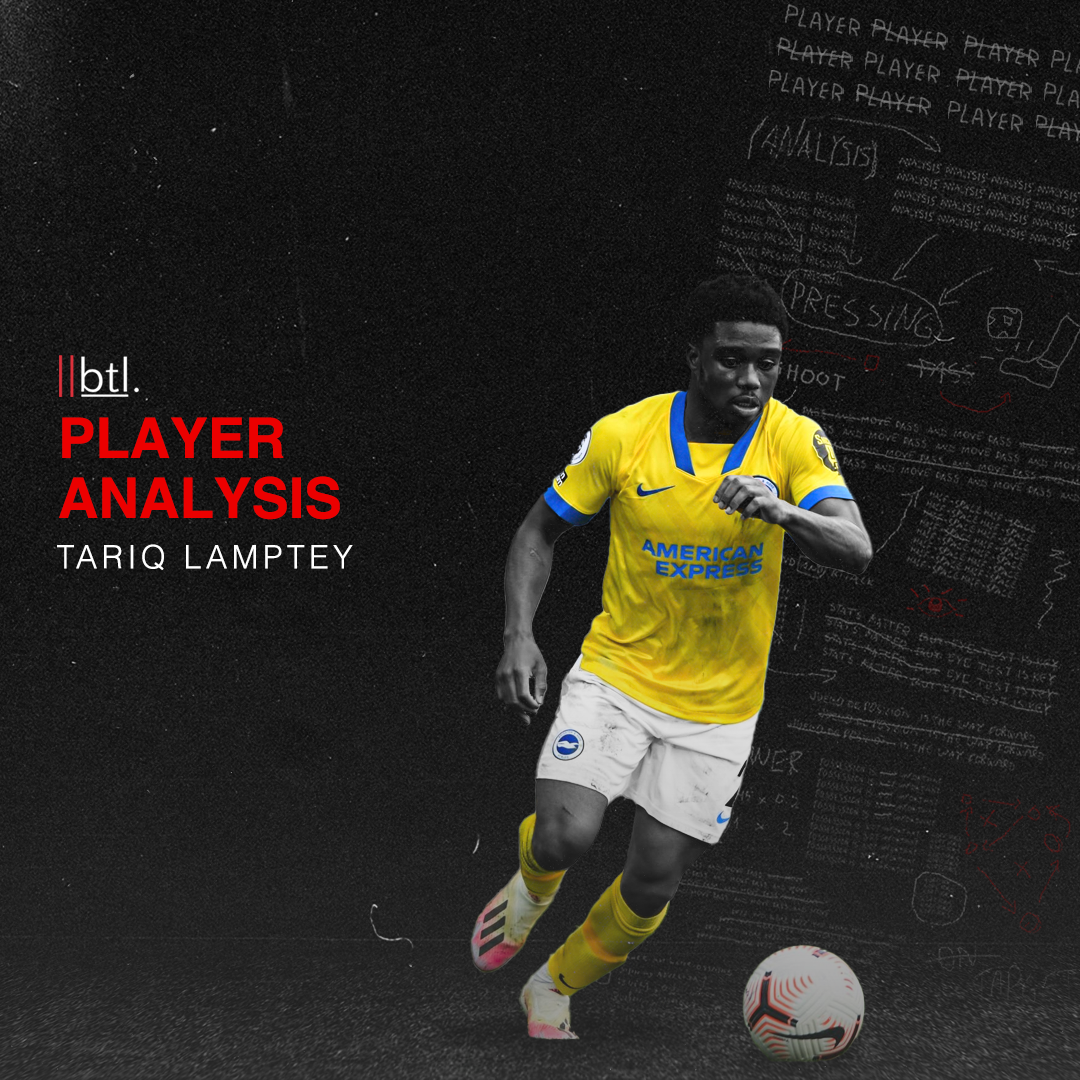 Despite six first team players unavailable, Liverpool set a considerable marker with a comprehensive 3-0 win against Leicester City. The damage was mainly done in the first half with two goals and Jürgen Klopp was pleased with his side’s control of the game. The only downside from the game was an injury to Naby Keïta along with defeat at home to Atalanta in the Champions League.

Although, Mohamed Salah’s return to the side is an added boon yet the emergence of Diogo Jota has been an boon for Liverpool where it can bring competition to their front three. Brighton will have their hands full.

Liverpool to continue their winning run.

The joy of Pep Guardiola committing to a new two year contract was dampened by a 2-0 defeat at Spurs. Residing in 13th after 8 games, though with a game in hand, is a scenario more suited to the club’s situation before the arrival of Sheikh Mansour’s riches.

That is why nothing less than three points at Burnley will suffice. Climbing up the table will dampen the small talk of Manchester City missing out on the Champions League, premature as we are nearly a quarter of the way through the season. But Manchester City must cut out the losses – three already compared to nine last season.

Victory against Crystal Palace on Monday was crucial for Burnley, as their first win of the season lifted them out of the relegation zone. Though it was Chris Wood’s early goal that was the difference between the two sides, it was the goalkeeping display of Nick Pope that shows why many say he should be England’s No.1 goalkeeper. Pope will certainly be tested by Manchester City on Saturday – a repeat performance will add more admirers from fans, journalists and other clubs.

Everton may have won at Fulham, but they should thank the poor penalty taking of their opponents rather than the performances of Richarlison, Dominic Calvert-Lewin and Lucas Digne.

Their first half display was incisive, as Calvert-Lewin scored twice to continue his excellent season, Digne bagged two assists and were 3-1 up at halftime. Their second half display was laboured and were it not for a shanked penalty could have dropped two points. The Toffees must be focused throughout the 90 minutes, because other sides won’t let them off the hook like Fulham did.

Leeds United will be ruing their missed opportunity against Arsenal on Sunday. In the ascendancy during the first half, they were given a golden chance to win the game when Arsenal were down to 10 men on 51 minutes. 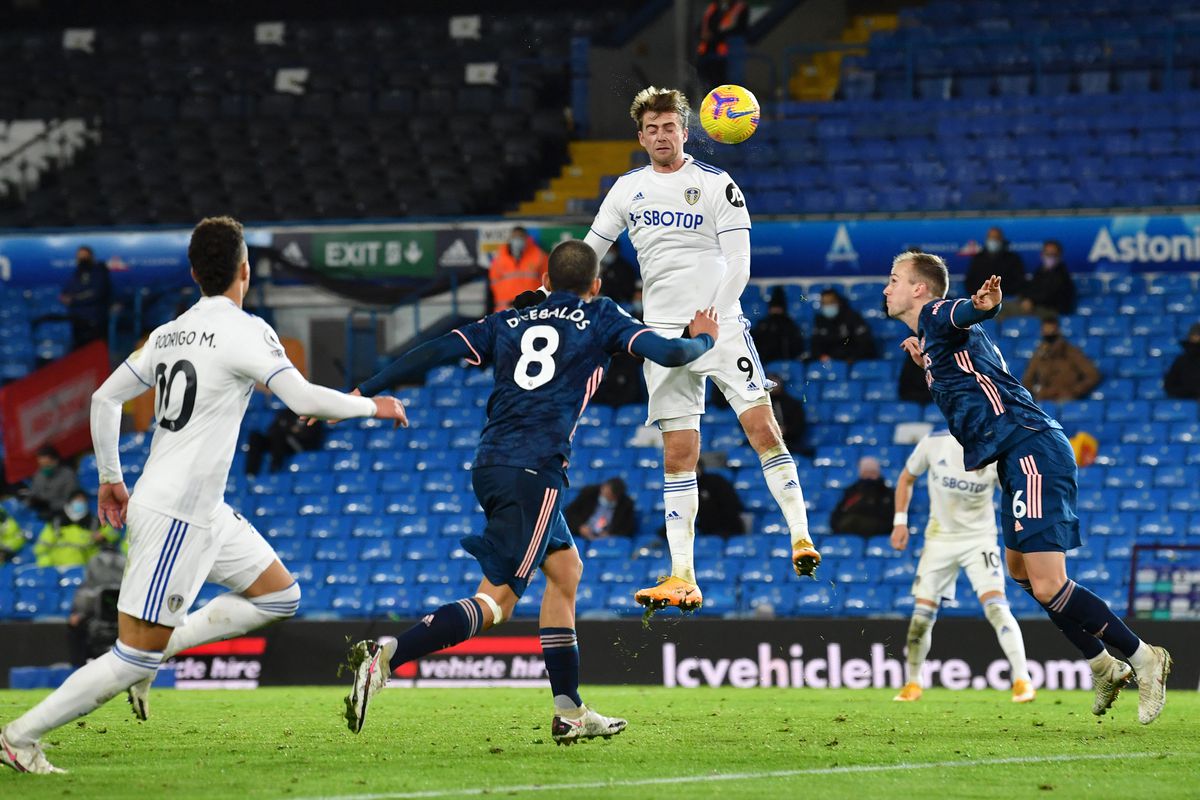 Yet despite TWENTY FIVE shots on goal, they couldn’t find the net, with Marcelo Bielsa unlikely to be happy they had just four shots on target. Ruthlessness is something Leeds must grasp in the Premier League should they want to avoid relegation. What better way to show it than at Goodison Park.

The Toffees to build momentum.

The Baggies were unlucky at Old Trafford, as VAR did not smile kindly on them, with a penalty revoked and Manchester United winning the game via a penalty. Yet their competitiveness at Old Trafford can bring positives that need to be implemented in their relegation six pointer at home to Sheffield United.

Both sides occupy the bottom two spots in the league hence this fixture’s importance. A win for West Brom could lift them out of the relegation zone though defeat would condemn them to the bottom. Slaven Bilić knows his team must show a killer edge upfront that has been lacking.

Rooted at the bottom of the table, it is Sheffield United that is more in need of a win at the Hawthorns. Despite a bright start in their previous game at West Ham, the Blades faded and the Hammers took control before getting the only goal of the game.

Manager Chris Wilder would be worried that his side has not scored at Bramall Lane this season. Yet luck has not been on their side, what with injuries and six of their eight defeats this season decided by a single goal. The Blades will hope luck is on their side against West Brom.

The Baggies to edge this vital six pointer.

Conceding late at Wolves on Monday evening was a blow for Southampton, as the two points dropped denied them entering the top four. However, they have coped well without Danny Ings, with others taking responsibility. Theo Walcott has managed to rediscover the form that made him one of England’s best young talents so long ago. That is why their upcoming game at Manchester United is a chance to show that maybe their ambitions could be a push for a European spot instead of mid table mediocrity.

Since losing to Arsenal in early November, Manchester United have strung back to back league wins to slowly climb up the table. Beating West Brom gave Manchester United their first home league win of the season, but facing Southampton is a test of whether they have turned a corner or a case of two steps forward and one step back.

Ole Gunnar Solskjaer still has his doubters among fans who think there are better options. Moving Manchester United up from 10th might bring a few doubting fans onside.

Man Utd to continue their recovery.

The game of Matchday 10 as 3rd play 1st. Chelsea come into the game in sparkling form – six straight wins and undefeated in 10 games. One factor has been the underlying reason behind their form.

Many would understandably say Hakim Ziyech, but it is Edouard Mendy who has provided a stabilising factor. Since making his league debut on the 3rd October, Mendy has kept four clean sheets out of his five league appearances and conceded just one goal in the 4-1 win against Sheffield United. Mendy will be sorely tested on Sunday. 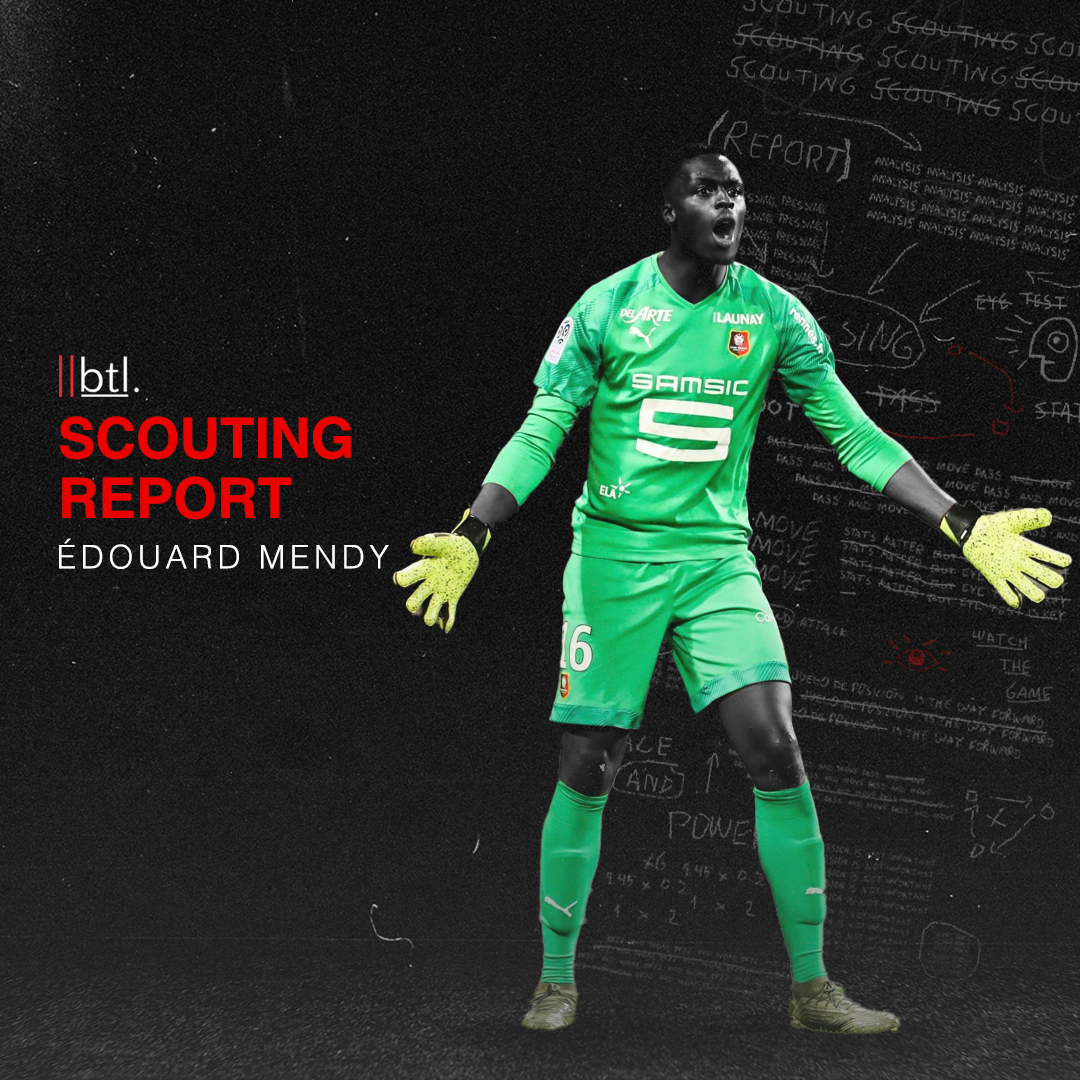 That is because Spurs are riding high, their 2-0 win taking them to the top of the table after a tactically astute display under José Mourinho. Some wondered if his appointment late last year would end in tears like at Manchester United, but after a few hiccups the move by chairman Daniel Levy could prove a brilliant move.

Understandably, many have waxed lyrical about their attack, but Spurs have sorted out their issues in defence, conceding the lowest amount of goals with nine. That defence will be put to the test on Sunday and victory will elevate their title credentials.

Honours even at Stamford Bridge.

There was only one positive to take for Arsenal after drawing 0-0 at Leeds on Sunday – they survived after playing over 40 minutes with ten men after Nicolas Pépé’s moment of madness. Yet it brought up several uncomfortable statistics for the Gunners. They have not scored from open play in roughly 475 minutes and have failed to score in four of their last five league games.

The only thing working well for Mikel Arteta is the defence – Gabriel Magalhães has been a rock at the back. Their attack needs to find its form in the league, mainly Pierre-Emerick Aubameyang and Alexandre Lacazette, and fast.

Wolves may have won a point at Southampton, but it was a display that would have frustrated manager Nuno Espirito Santo, borne from switching to a back four with Conor Coady self isolating. But the point against Southampton did allow them to go up three places up to ninth.

They will be confident going to Arsenal, their last two league games at the Emirates Stadium both ending 1-1. A win against an Arsenal side currently low on confidence would continue their desires of playing in Europe next season.

The Gunners to be further under pressure.

The Foxes’ 3-0 loss at Liverpool was quite the reality check for Brendan Rodgers’ side. More so when Liverpool had several first team players out injured or testing positive for COVID-19. But when a team is riding high as Leicester City was then a reality check can be timely to remind them they still have 2kg to go if they want to crack the top four. 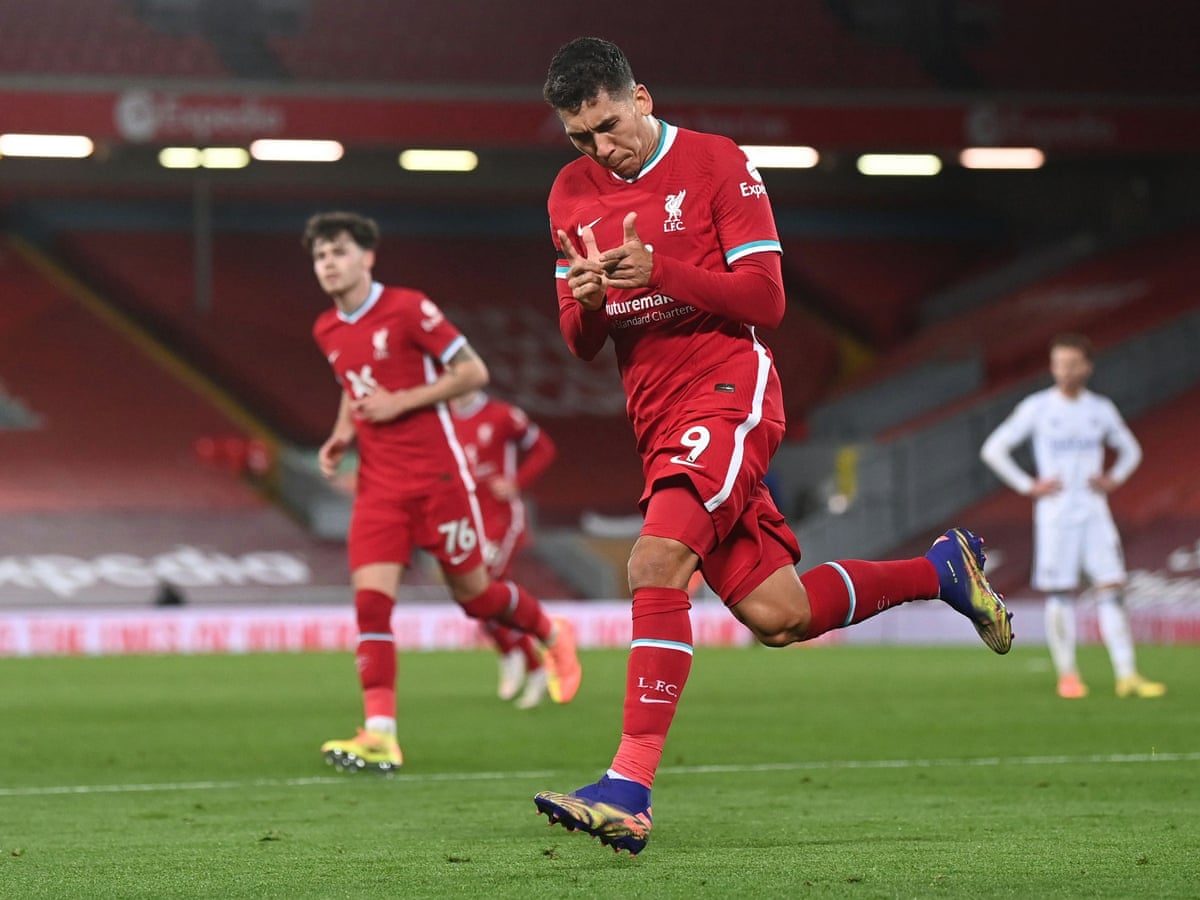 Monday’s game is a good opportunity for Leicester to recover from their shock at Anfield and consolidate their position within the top four. Seeing their next three games are against teams in the bottom six, the Foxes must take advantage.

Fulham may have lost narrowly 3-2 to Everton, but the Cottagers were their own worst enemy. Firstly, conceding three goals in the first half is a surefire way to lose a game, with defensive errors shooting them in the foot. They have already conceded 18 goals and let in on average two goals per game. That is the hallmarks of a side doomed to relegation.

Secondly, their farcical penalty taking once again has haunted them, Ivan Cavaleiro missing their third penalty this season. Maybe if they had shown composure, Fulham would not be in the relegation zone.

The Foxes to get back on track.

This game a few months ago would have been seen as a possible relegation six pointer for West Ham, but the Hammers have confounded the gloomy predictions to steadily rise up the table in the last six weeks. Their 1-0 win at Sheffield United propelled them to the heady heights of eighth in the league.

Beating Aston Villa could put them into the top six and would be somewhat a vindication for David Moyes. Seen as a boring appointment, he has made West Ham a side hard to beat and have the joint second lowest amount of goals conceded with 10.

After the high of beating Arsenal in North London, Aston Villa were brought back to earth by a controversial home defeat to Brighton. VAR might have not been their friend against the Seagulls, but the game against West Ham is a chance to show they can be amongst the runners and riders for a Europa League spot as we slowly approach the end of 2020.

Jack Grealish will be at the heart of all that is good about Aston Villa, but they will miss Ross Barkley who is out with a hamstring injury. If Grealish is kept quiet at the London Stadium it will be interesting to see who can step up in Barkley’s absence.

Hope is kindled at West Ham.