As the Dutch top flight slams the door shut on the 2019/20 season after 26 matches, it’s clear that Eredivisie sides will be financially desperate to sell players during the next transfer window. With that said, here are five Eredivisie players who could be set for big moves.

Note: In order to focus on lesser-known players who are deserving of transfers to Europe’s top 5 leagues, I have excluded Ajax players, as well as other well-known Eredivisie stars such as Calvin Stengs and Mohammed Ihattaren.

It has been a sensational season for Arne Slot’s AZ. Despite playing in The Hague rather than their hometown of Alkmaar due to the stadium’s roof collapse in August, AZ finished joint-top of the league along with Ajax, while trailing on goal differential. Part of this success is due to Myron Boadu, who tallied 14 goals and 6 assists in the league this season. 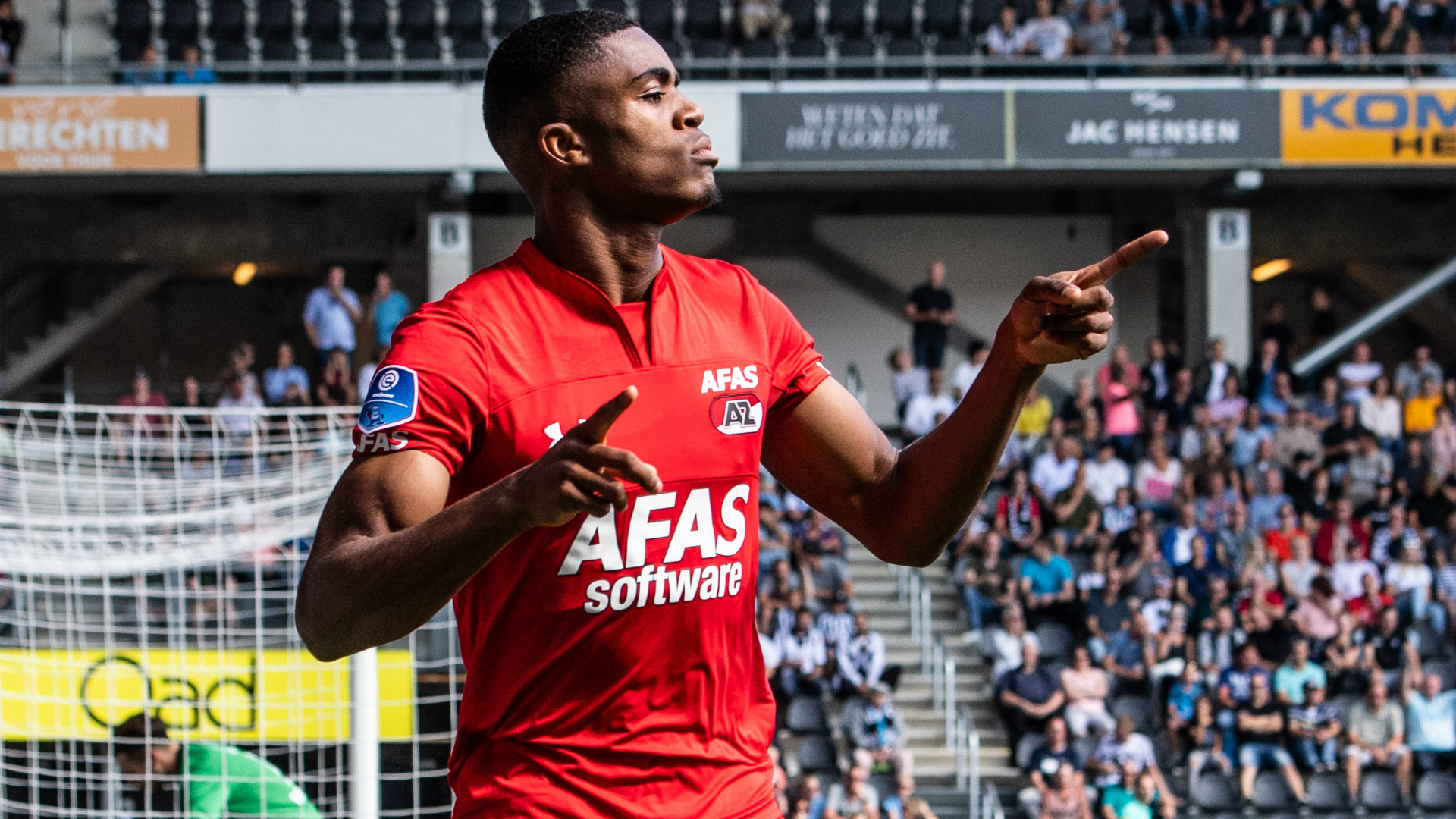 Take away Boadu’s goal contributions and AZ would have 34 goals, the seventh-worst total in the league. His goals have won them 15 points, and without him, AZ would be challenging the likes of Utrecht and Vitesse for a spot in the Europa League play-offs, rather than a ticket to the Champions League.

While the Nigerian has won plenty of fans at Heerenveen for his dribbles and trickery, he is far from a take-on merchant.Comfortable playing anywhere along the frontline as he has this season, the fleet-footed winger is a dribbler with end product. 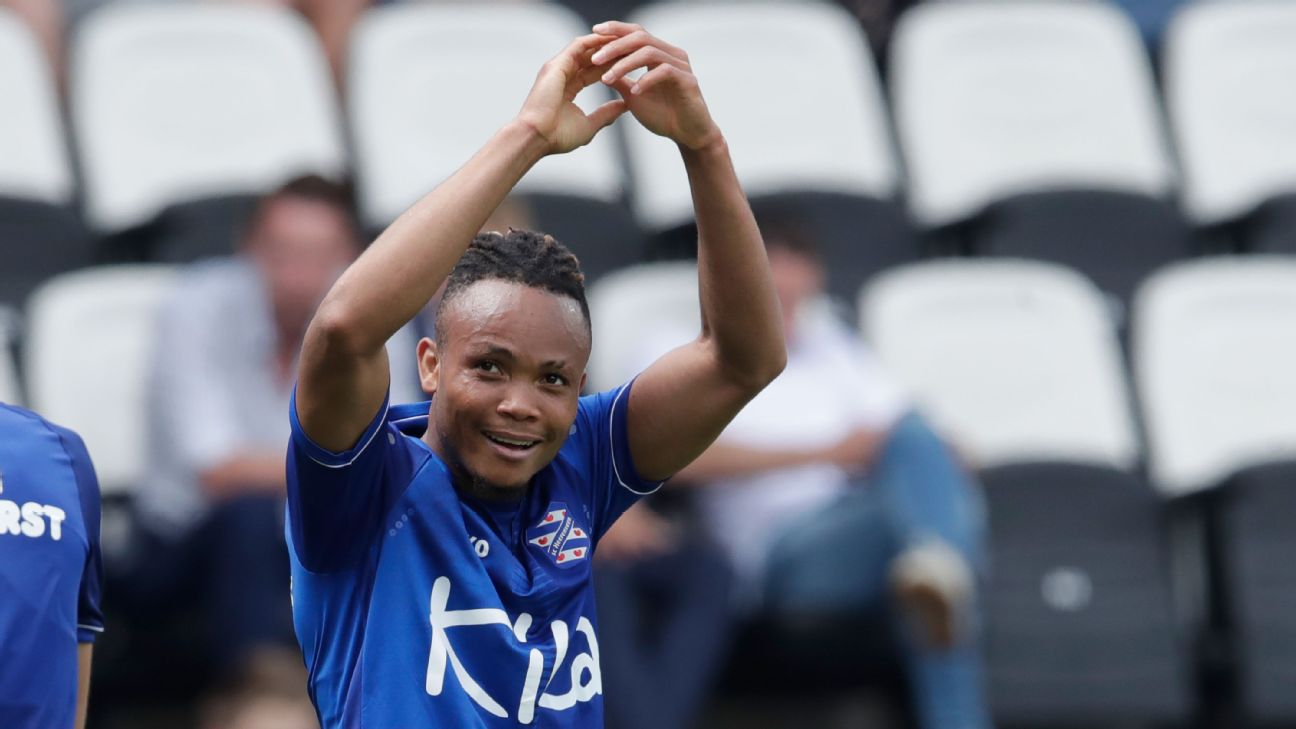 While his Expected Goals total is 6.21, he has surpassed his xG with 9 league goals. Nobody is perfect, but Ejuke is a young, talented winger who isn’t afraid to take a man on, as the fans at the Abe Lenstra Stadion know too well. It’s only a matter of time before he gets a call-up for Gernot Rohr‘s Super Eagles.

FC Twente have both the sixth worst defence and attack in the league, a statistic that only points in one direction: chaos. It explains why they are 14th, and it explains why one of the few bright spots in their season outside their jersey and the loyal fans is Lindon Selahi.

With 4 successful tackles per game, Selahi has accrued a third of his team’s tackles per game (6/18) in the war zone that is the middle of the park at the Grolsch Veste Stadium. Not only is that figure the second highest in the league; it’s the third highest in Europe as well. 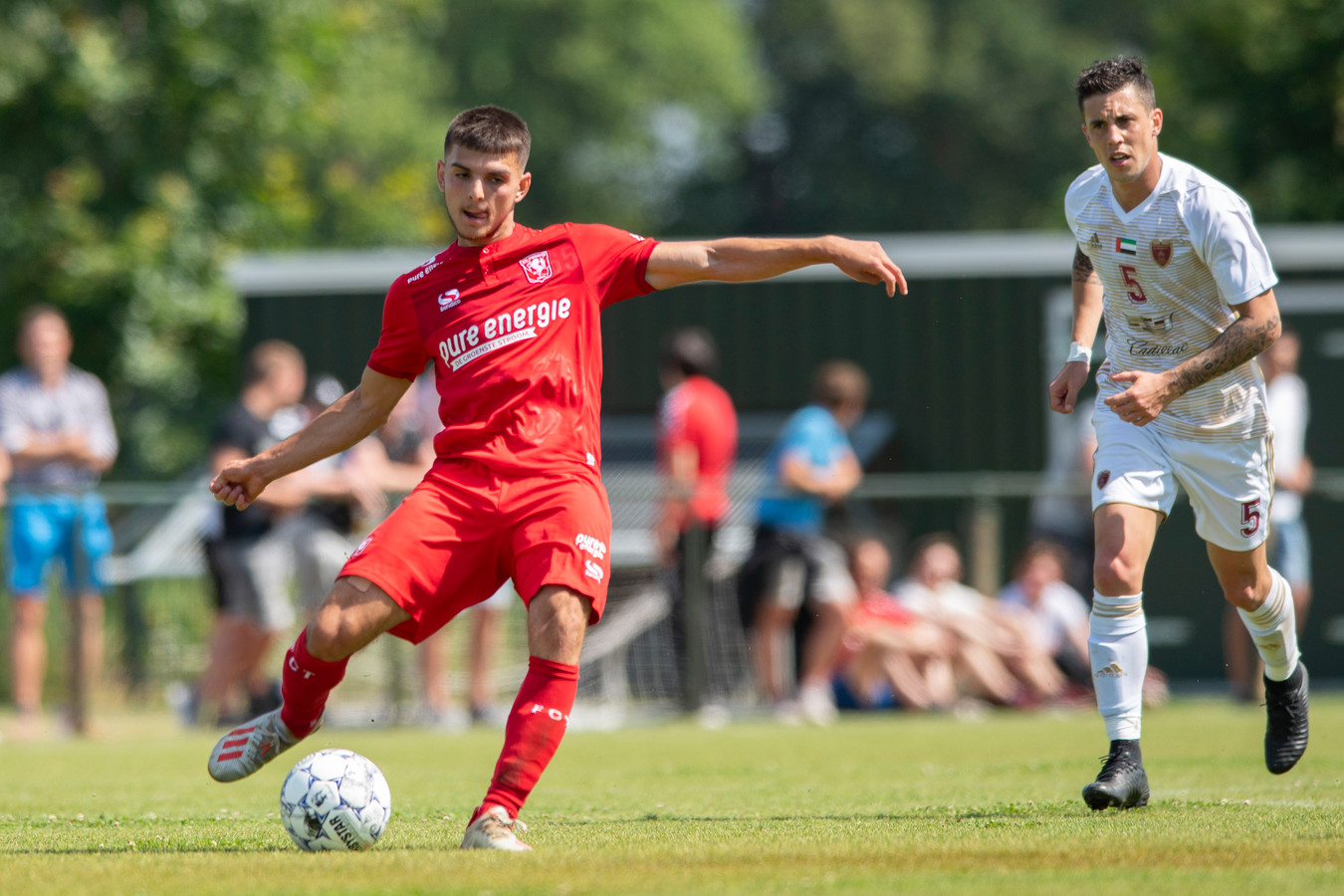 Selahi isn’t afraid to get his feet wet and do the dirty work, although it can reach excessive proportions at times. His 1.9 fouls committed per game ranks him sixth in Europe, behind Morgan Sanson, Sergej Milinković-Savić, Gaetano Castrovilli and Lucas Leiva. On the other hand, his 1.6 fouls suffered per game ranks him in between Toni Kroos and Piotr Zieliński. Interestingly though, he has yet to be sent off in a match for Twente.

Selahi’s passing game needs to improve if he is to join a top-tier club, but for now, his defensive skills alone are good enough to earn him a transfer to a mid-tier club.

When Amadou Ciss fired into the bottom corner in their penalty shootout against South Korea at last year’s U-20 World Cup, it was a lifeline for the Lions of Teranga.

They would end up losing to Korea, who moved on to the semifinals, but that hasn’t stopped Ciss from becoming a fundamental piece for Fortuna Sittard this season. 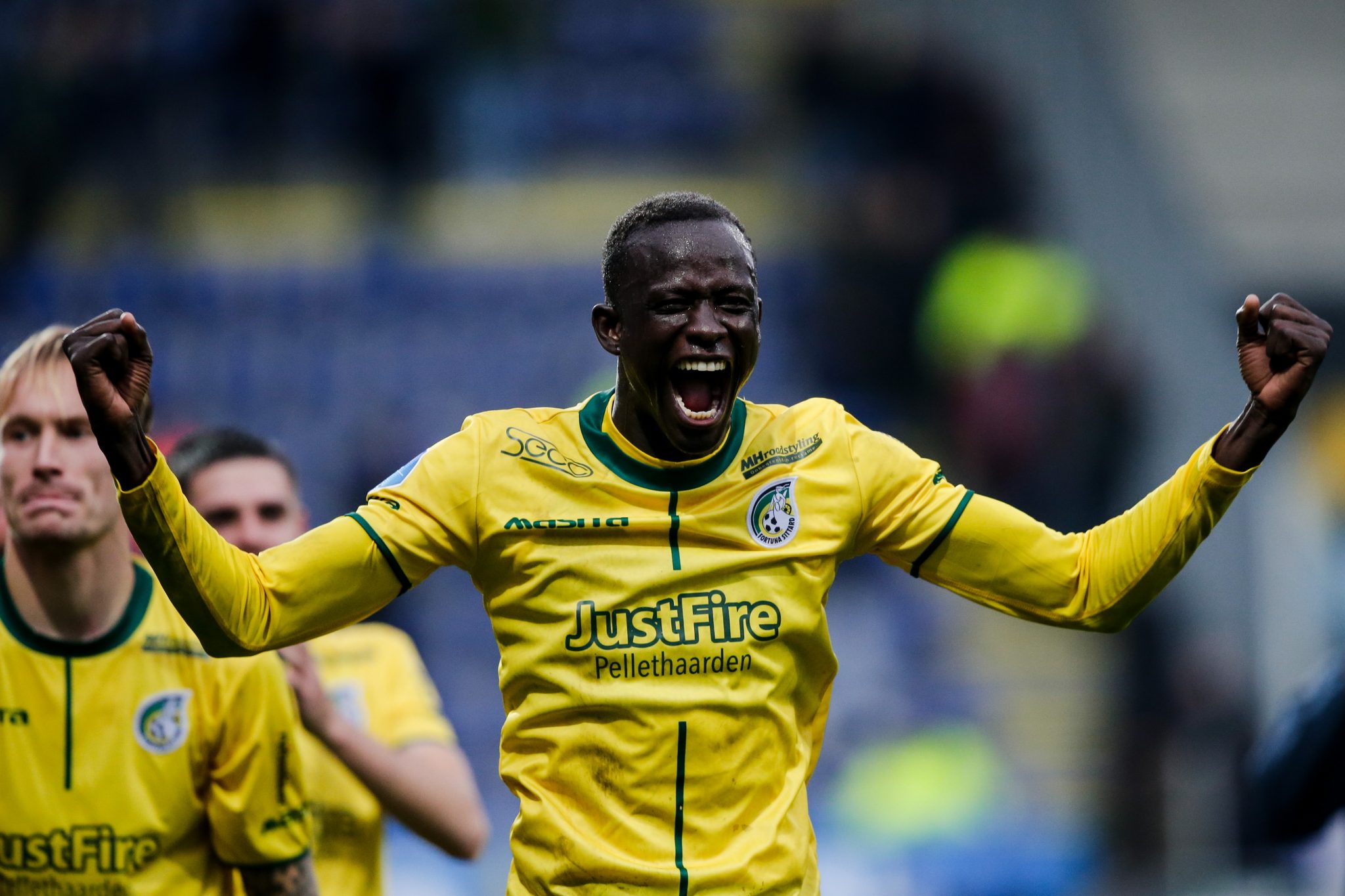 A powerful, long-legged midfielder, Ciss is a bit like Watford’s Abdoulaye Doucouré, and while the likes of Dion Lopy and Ibrahim Niane gained the spotlight in last summer’s U-20 World Cup, he provided the platform for them to shine.

For players with 20 or more league appearances under their belts, Ciss ranks sixth for aerial duels won with 5.5, which is also the highest number in the Eredivisie. He is the youngest in that category, in contrast to veterans Sébastien Haller, Sebastian Andersson, Julio Tavares, Joselu and Raul Garcia.

When Cyril Dessers proclaimed he was ready for a big move, it seemed odd. He is 25 years old, he hasn’t had an international cap yet, and he still plays for 8th-placed Eredivisie team Heracles Almelo.

Speaking in an Instagram Live, Dessers said, “I have the ambition and dream to play outside the Netherlands or Belgium. I think now is the time to take that step.” 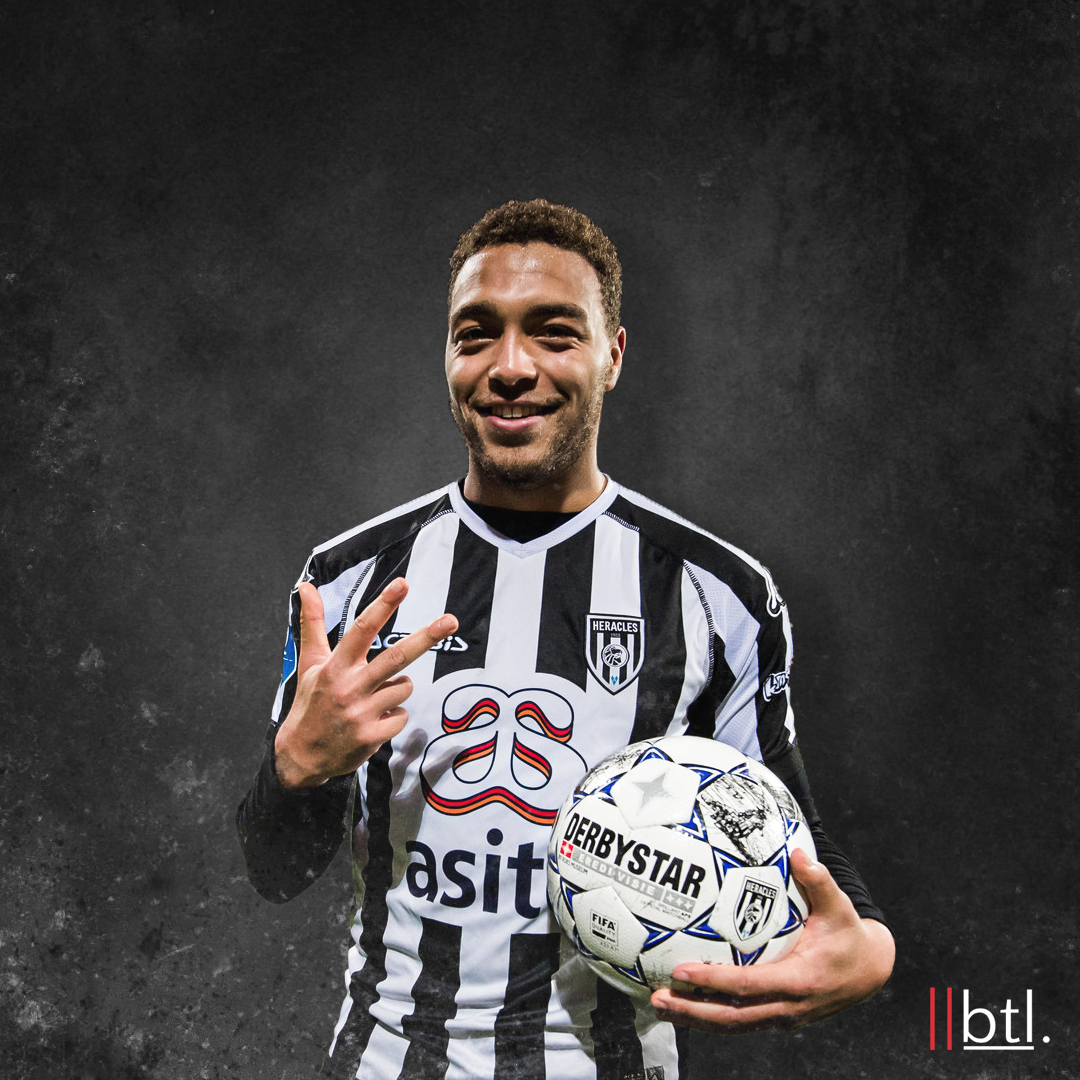 However, the newly invited Nigerian international has every right to make such claims. A late bloomer, Dessers has scored 15 goals in the league, the highest tally in Eredivisie. Apart from his goals, he is an efficient hold-up play striker, evidenced by his five assists seven big chances.

He is still evolving, the odd excessive holding on to the ball can be a nuisance to his team at times, but in teams that set up to play on the counter and need a striker to take off the pressure, Dessers is the right man for it. His technique is not in question either, with a deft first touch that can deceive opponents and put defenders on their backsides.