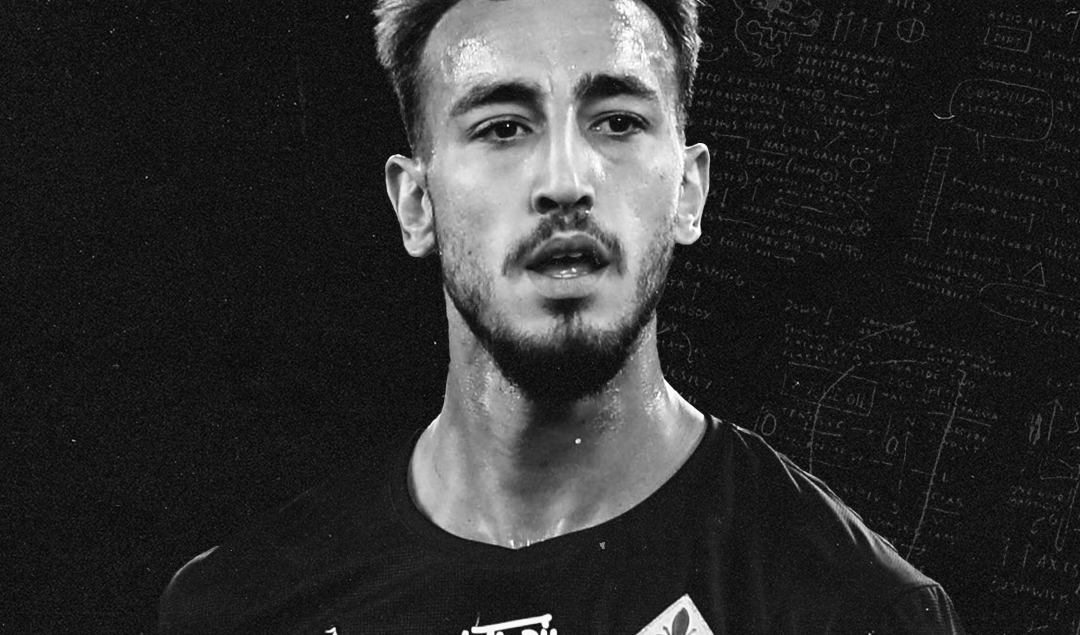 Although the likes of Federico Chiesa and Frank Ribéry have taken much of the limelight for Fiorentina this season, the true breakout star in Tuscany has been their midfield metronome, 23-year old Gaetano Castrovilli.

The Italian has had a breakout season for La Viola this season, excelling in manager Giuseppe Iachini’s 3-5-2 alongside Erick Pulgar and Alfred Duncan. He leads the top 5 leagues this season in progressive runs and is also the 3rd most fouled player in the Serie A this season.

The heat map below depicts Castrovilli’s positioning. He has been deployed in a whole range of positions and roles under Iachini, although he mainly plays as a left central midfielder and is given the freedom to drift into advanced and wide positions, morphing the formation into a 3-4-2-1. 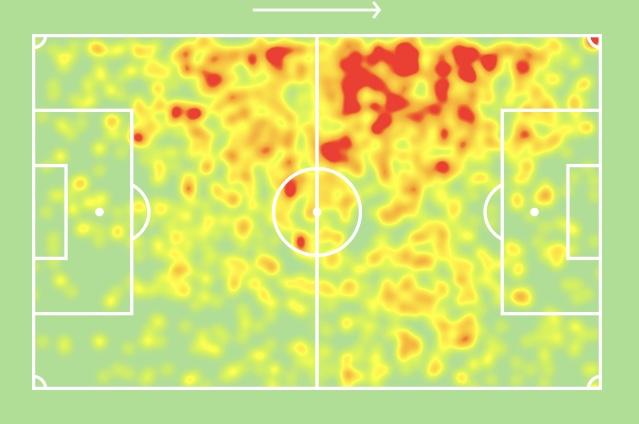 Castrovilli is tasked with a heavy workload and charges from box to box to keep things ticking for La Viola. He usually players in an advanced position in relation to the other two central midfielders, usually Pulgar and Duncan. 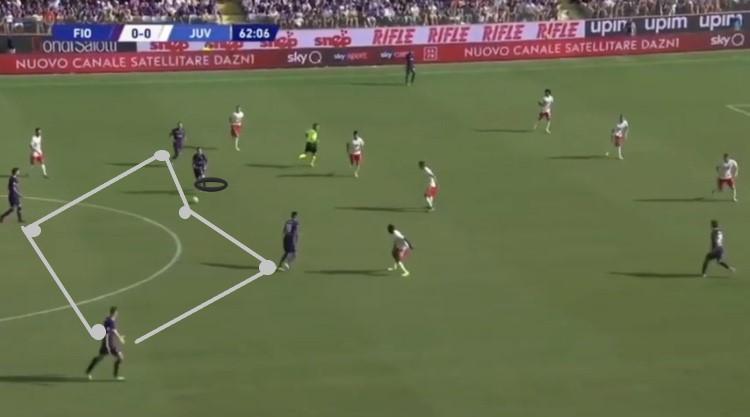 As soon as Castrovilli receives possession in the advanced areas, he can stretch the opposition’s midfield line apart, opening up passing channels to Chiesa and Ribéry, the two forwards in this set-up.

This also creates plenty of space that can be exploited in behind the opponent’s defensive line, and Castrovilli thrives in this facet in particular. He can either dribble forward and run into the open space, provide a line-splitting through ball, or have a shot on goal. In this instance, he takes notice of Dalbert’s run and plays a through ball into the Brazilian wing-back. 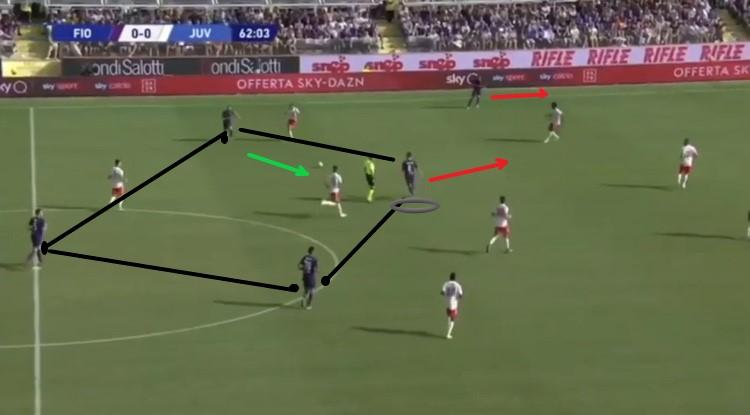 Perhaps his greatest asset is his stellar dribbling and ball-carrying ability in the middle of the pitch. The Italian ranks second in Serie A for most dribbles completed with a total of 119, averaging 4.73 dribble attempts per game.

He is technically astute which enables him to carry the ball forward for long distances and keep hold of it for longer times as well. As previously mentioned, he has the most progressive runs amongst the top 5 leagues this season and is also ranked 9th in the league for the most progressive distance covered.

“I think dance helped my dribbling a lot,” said Castrovilli in an interview with The Athletic. He studied classical dance for a year and has even hinted at returning to dance school again. “Obviously, training is fundamental but some of the movements I make with my body are innate. I must have learnt them as a child.”

In the instance below, Castrovilli dances past Atalanta’s press and dribbles into open space, carving open their midfield on the counter.

Thanks to his quick bursts of pace and close control, he can bypass the opposition’s press, advance into dangerous areas, and draw fouls; it’s no coincidence he ranks 3rd for most fouls drawn in Serie A this season.

Gifted with incredible close control, he relies mainly on his dribbling technique to break free rather than just pace to beat his man in 1-v-1’s. He is an excellent shielder of the ball and utilizes his quick feet and body feints to deceive the opponent to go in a specific direction, before moving in the opposite direction where space has been created. As a result, as different players crowd around him, even more space for him and his teammates is created for them to exploit.

This is especially important on counter attacks, as pockets of space left behind by the opposition’s midfielders are used by the forwards (Chiesa and Ribéry) to run into. Castrovilli can bypass the press and squeeze his way out of tight spaces via his superb close control, before playing his wingers into dangerous goalscoring areas.

As a free-roaming playmaker, Castrovilli is given the prime role of linking the attacking and midfield lines effectively, and he does so by utilizing his impressive passing ability. He boasts a passing accuracy of 80% in the league this season, completing nearly 31 passes per 90. 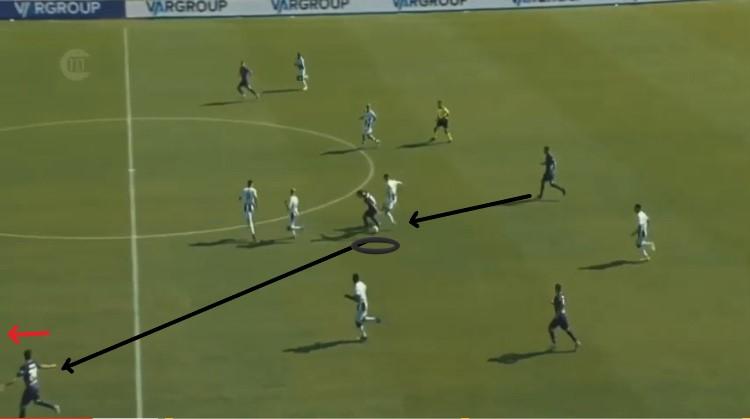 In the above picture, we see Castrovilli linking up with Pulgar in the middle. The Italian receives the ball in the middle of SPAL’s pressure and notices free space on the left, breaking the lines and finding teammate Marco Benassi with plenty of time and space.

A lot of his passes are forward thinking and as such, allow the attack to progress. His vision and spatial awareness enable him to judge potential passing channels in the final third and pick the forwards’s run, providing a laser-guided ball to either Chiesa or Ribéry.

Castrovillii’s dynamism in the middle is underscored by the number and quality of the runs he makes in and around the penalty area, constantly linking play with the left winger or a second midfielder. Fiorentina’s flexible 3-5-2 encourages forward-thinking players to drive forward, making both underlapping and overlapping runs with one another.

After making a smart run into the box, his sufficient height (5’11”) allows him to head the ball in from an incoming cross — 2 out of his 3 goals have come from headers, highlighting his aerial ability.

While he is a naturally gifted playmaker, he does not slouch on his defensive contributions and is solid at the back as well. Similarly to his attacking style, he has an aggressive approach to defending too; he is an energetic ball winner and is often seen pressing the opponent high up the pitch.

He is an efficient presser, ball winner and does not hesitate to track back and help his team out in certain situations where extra cover is needed; evident by his 23.5 pressures and 2.42 tackles per 90. In addition, he averages 5.92 recoveries per 90 and wins 57.1% of his defensive duels.

While his dribbling is one of his strongest assets, it can sometimes prove to be his side’s undoing, as seen in the radar below. His eagerness to drive play forward means he gets dispossessed very often and leads the team in turnovers in play (54).

Castrovilli gets caught out of position plenty of times as well, which can be catastrophic for Fiorentina when they are defending the counter. Furthermore, if he wants to reach the lofty heights of his compatriot Marco Verratti, he will have to improve the efficiency of his final ball. 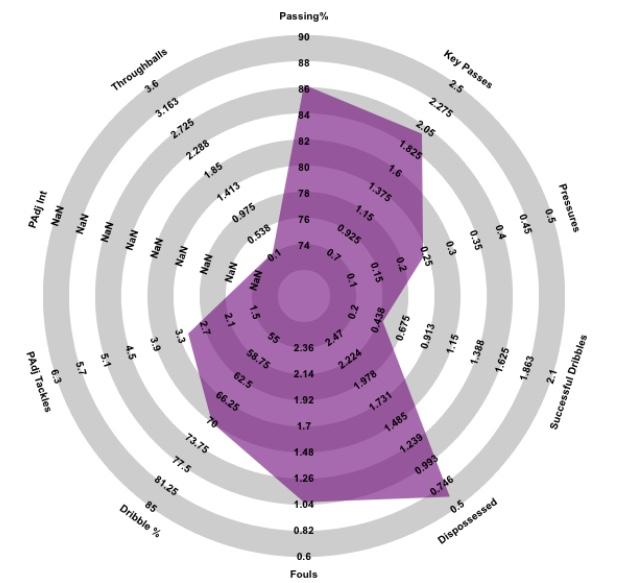 Castrovilli is part of an exciting new batch of Italians such as Sandro Tonali, Nicolò Zaniolo, Nicolò Barella that will form an integral part of the Azzurri for years to come. In his first season in the Serie A, he has already established himself as an integral part of La Viola.

His versatility is imperative to his side and at just 23 years old, he is the prime dictator of their tempo. Although he perhaps isn’t ready to make a jump to a bigger side just yet, he has a very high ceiling and fits the profile of a player destined for greatness.