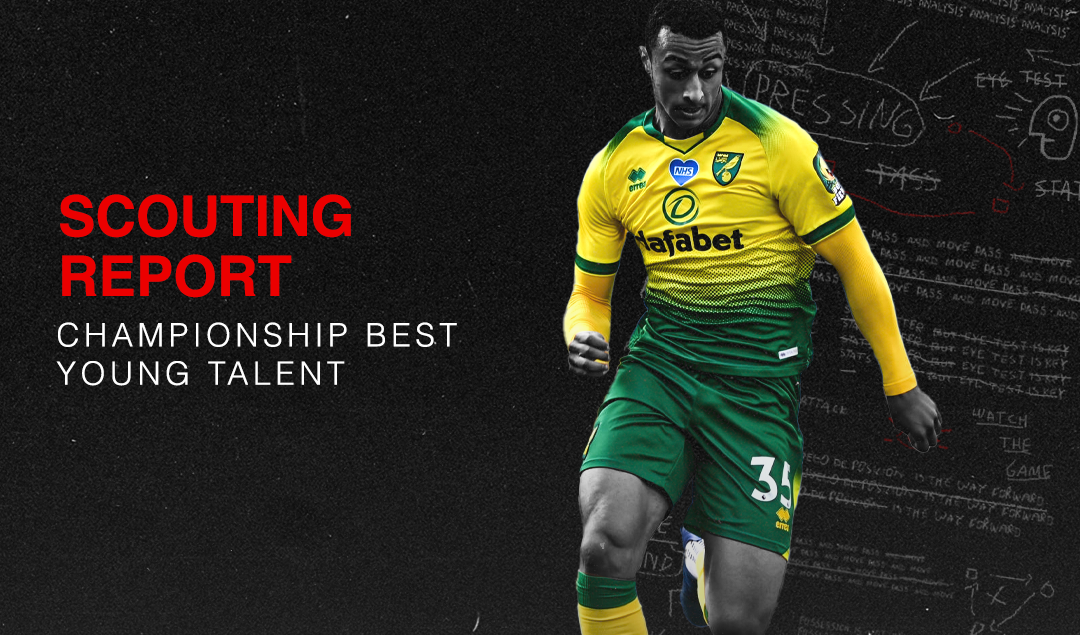 Every year it seems like a new young striker emerges out of the shadows to set the Championship alight. In 2019/20 it was the turn of Ollie Watkins – he grabbed 26 goals, subsequently earning himself a £25 million move to Aston Villa and he announced his arrival by netting a hat trick vs Liverpool.

Watkins is not an anomaly, many Championship hotshots make the step up to the Premier League, albeit with varying success in the top flight. Here are three young strikers who could follow in the footsteps of Watkins & co.

Tyrese Campbell, son of former Everton striker Kevin, has the potential to really excel for Stoke City this year. After establishing himself in the first team in 2019/20, Campbell is being touted as a potential breakthrough star of the 2020/21 Championship season.

Campbell is an explosive forward who often finds himself in wide areas, running 1v1 against the opposition full back. His blistering pace and quick feet enable him to burst past defenders and provide a threat from the flanks.

The 20-year-old has forged productive partnerships with his more physical counterparts – whether that be Lee Gregory or Sam Vokes. His mobility and ability to stretch defences compliments the raw physicality of the other Stoke forwards. 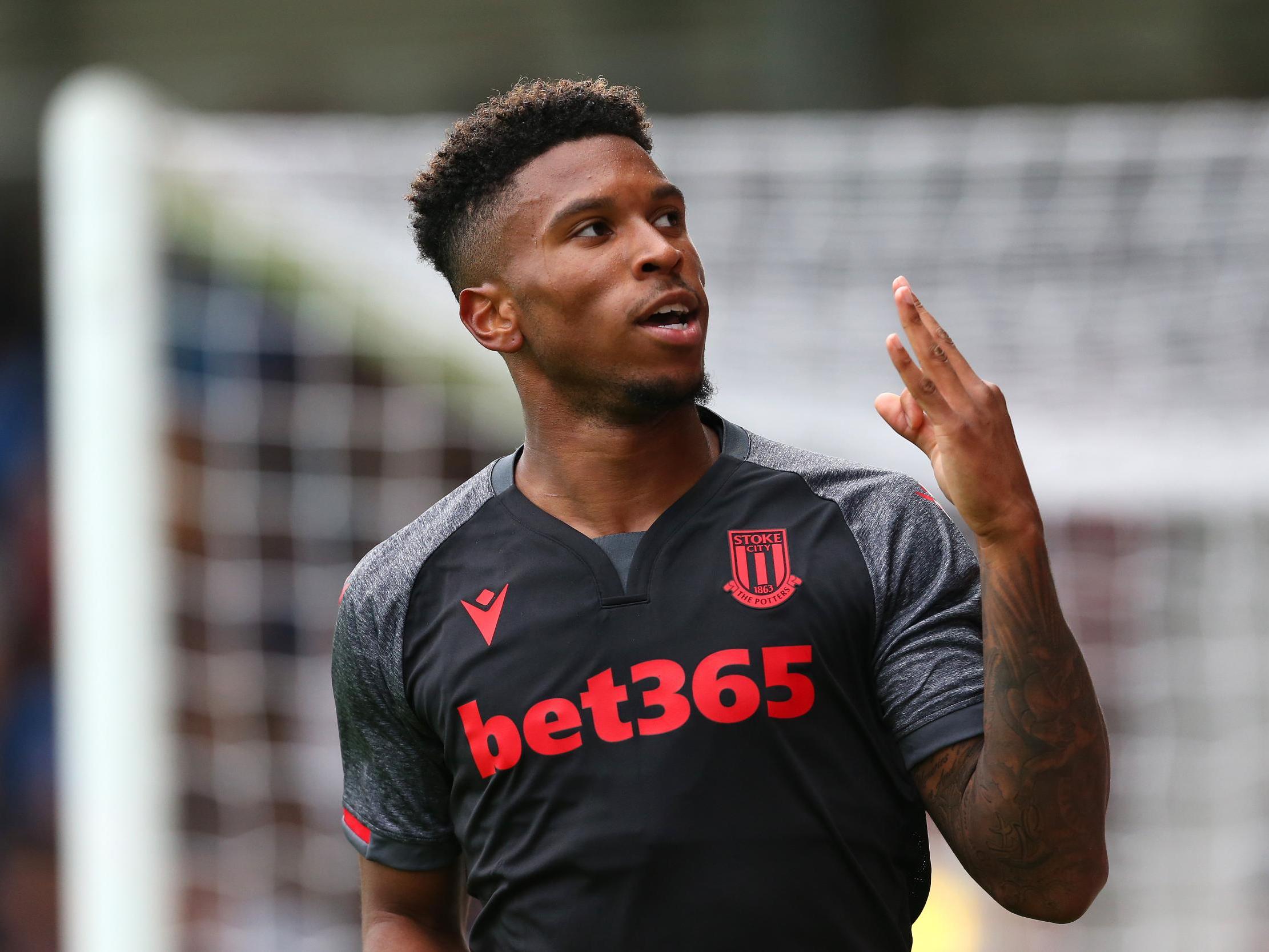 In Campbell’s first senior season at Stoke he grabbed nine goals in 33 games – a ratio of nearly one goal in three games. This is an impressive return seeing as The Potters were flirting with relegation for a large stretch of the campaign.

Campbell scored such a diverse range of goals: poachers’ finishes from inside the box, strikes from distance and goals from running in behind the defence. He has the foundations of a very well rounded, complete striker.

Although he is yet to nail down a spot in the Stoke starting eleven this season, Potters fans are clamouring for Campbell to get consistent game time. This comes after an impressive twenty minute cameo vs Birmingham City last Sunday.

He constantly drifted out to the right flank and, with just five minutes of the game to go, he bursted past the defender and fizzed a dangerous ball into the six yard box which was bundled into the net by Nick Powell. It appears clear that whatever formation Stoke are playing, Campbell deserves to start.

The 20-year-old has attracted interest from newly relegated Bournemouth but Stoke’s manager, Michael O’Neil, has spoken of his desire to keep Campbell at the club. The Bet365 Stadium is the perfect place for him to continue his development; Stoke have drastically improved since O’Neil’s arrival and should be challenging for a top six spot this season. If Campbell can hold down a place in the starting eleven he could spearhead Stoke’s play off push.

While relegation to the Championship signalled a huge failure for Norwich City, it could prove to be a blessing in disguise for Adam Idah. Idah played a handful of times for The Canaries in the Premier League last season but eleven of his twelve appearances were off the bench.

With Norwich now back in the Championship, the 19-year-old can expect to play an important role in the team’s promotion charge. As well as bursting onto the scene at Norwich, Idah made his debut for Ireland vs Bulgaria in September. He has the potential to make waves both for club and country this season. 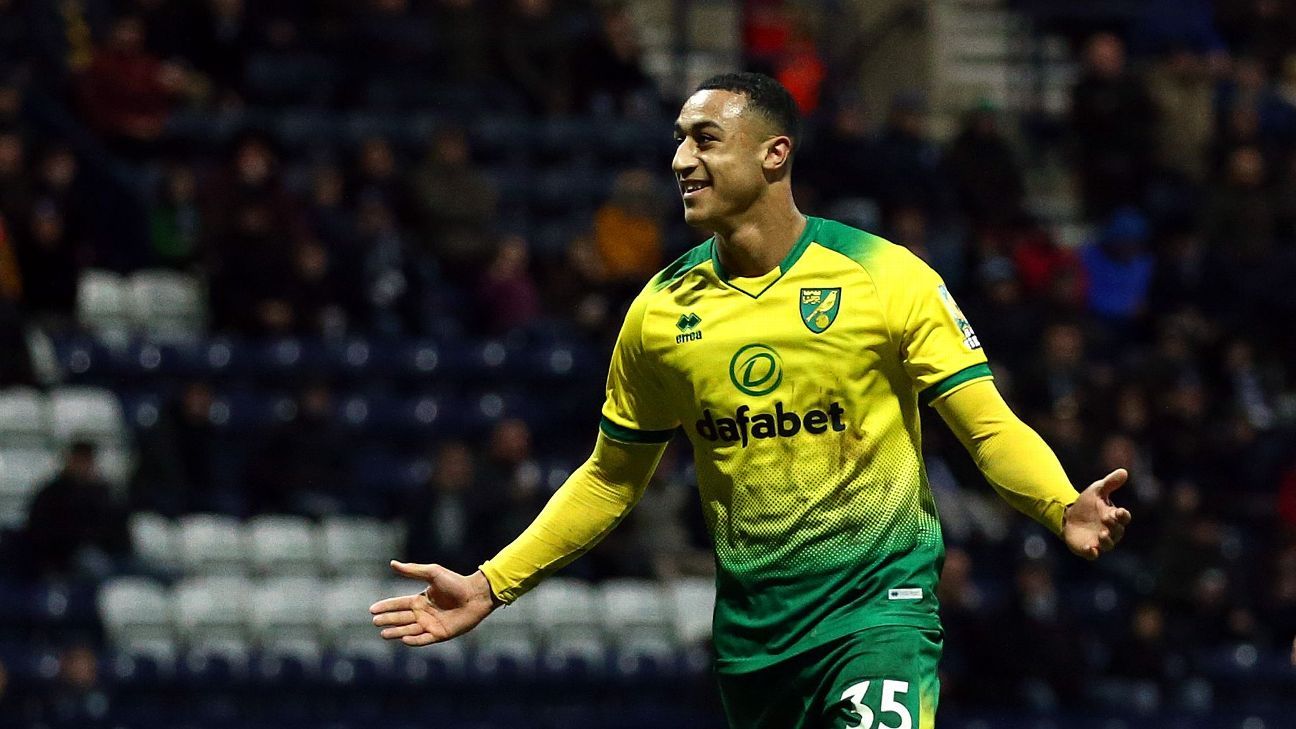 The young striker really started raising eyebrows after he calmly dispatched three goals past Preston North End in the FA Cup Third Round last season: a cool finish 1v1 with the ‘keeper, an audacious lob and a penalty, which he won himself. It was a really impressive performance and demonstrated his composure in front of goal.

Idah is in a similar mould to the likes of Dominic Calvert-Lewin in the sense that he’s a mobile target man. Not only can he hold the ball up with ease, bringing other players into the game, Idah can run in behind and really stretch defences. It is a rare skill set to have and the combination of impressive hold up play and blistering pace make Idah a real menace to defend against.

The prolific Teemu Pukki poses an obvious obstacle to Idah’s progression, Pukki has scored 40 goals over the past two seasons and is currently Daniel Farke’s first choice striker. The Finn plays as a lone striker in a 4-2-3-1 formation for The Canaries meaning that Idah’s minutes may be reduced to cameos off the bench until he can usurp Pukki.

There is a relatively good chance that Idah could do this. Pukki has started the season sluggishly; he has been uncharacteristically wasteful in front of goal and embarrassingly fluffed his lines from the penalty spot vs Derby County.

Since the acquisition of Xavi Quintillà, Norwich have posed much more of a threat from the flanks. Pukki isn’t renowned for his aerial prowess and a striker with more of a physical presence would be better suited to Farke’s current side. Idah, standing at 6’2, could prove to be the target man that Norwich are crying out for.

This upcoming season has the potential to be huge for Adam Idah – there is stern competition for places at Norwich but he should still get regular gametime for The Canaries as they bid to return to the Premier League at the first time of asking.

Idah will also look to build on his two Ireland caps as Stephen Kenny looks to usher in a new generation of talent following their failure to reach EURO 2020. 2020/21 could prove to be a pivotal year in the youngster’s fleeting career.

It is incredibly rare to see a 19-year-old Brazilian forward cut his cloth in the Championship but that is exactly what João Pedro is doing at Watford this season. The signing of Pedro from Fluminense was a real surprise, even by The Hornets’ standards, and it came completely out of the blue. He is one of the most exciting young players in the Championship and has been tipped to emulate Richarlison, another product of Watford’s Football Manager-esque scouting network. 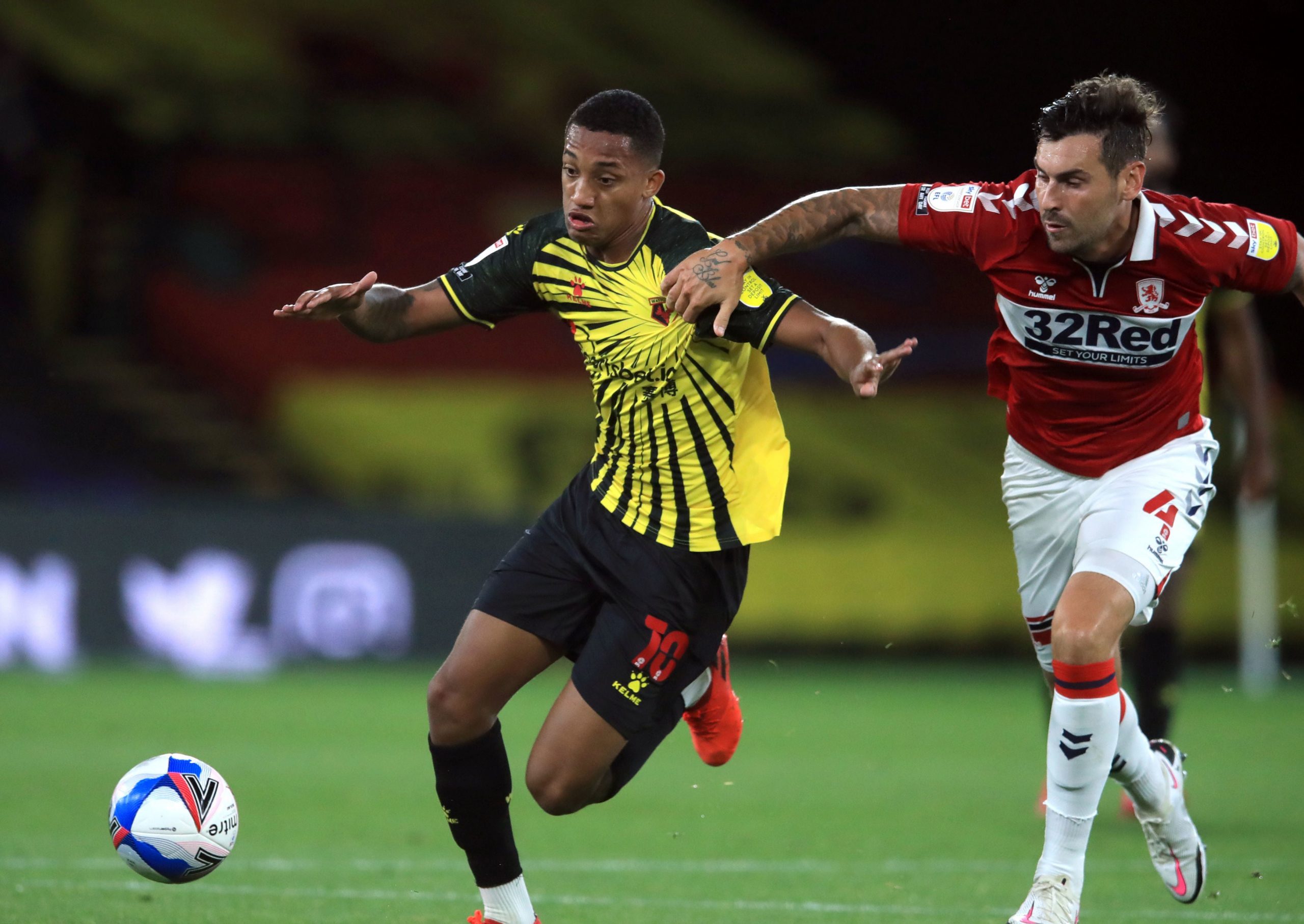 João Pedro’s potential was evident from day one, so much so that Watford bought him for around £10m when he was just 16 – before he had even made his senior debut. 28 games and 7 goals for Fluminense later and Pedro landed in Hertfordshire, eventually making his full debut in a FA Cup Third Round defeat to Tranmere Rovers; quite the introduction to English football.

Since that cold, wet Thursday night on Merseyside things have been far from plain sailing for the Brazilian. Pedro’s stint in the Premier League was over before it even began as he clocked up just 22 minutes of action before Watford were relegated.

Like Idah, dropping down a level could help ignite Pedro’s career. The early signs are promising – he has played in every Watford game so far this season, scoring the winner against rivals Luton and recording an assist in the Carabao Cup.

Pedro is surely keen to shrug the Richarlison tag off his shoulders and it should be mentioned that while the pair of course hail from the same nation and can both play wide or centrally, they are not too similar in their style of play.

At just 18 years old, Pedro is able to hold up the ball while shrugging off a defender, he can stretch back lines and, perhaps most importantly, he contributes to build up play and is a really intelligent passer of the ball. One passage of play vs Middlesbrough just sums up what Pedro is all about – the ball is fizzed into his feet from midfield, he controls it perfectly, holds off the defender, skips past a man and plays a lovely reverse ball into the box.

Despite being in the embryonic stages of his career, Pedro has proven that he’s not a one trick pony. He’s scored a number of “poacher’s goals” from simply being in the right place at the right time and, due to his gangly frame, poses an aerial threat in and around the box.

Pedro certainly has the potential to thrive in this Watford team. Whilst not everything has clicked so far under new manager Vladimir Ivić, The Hornets are still tipped to be promotion candidates as they have managed to retain the bulk of their Premier League squad, also adding the likes of James Garner and Glenn Murray.

A front two of Pedro and the electric Ismaïla Sarr is a truly mouthwatering prospect, if the pair can strike up a good relationship they could begin to terrorise defences. After an initial acclimatization period at Watford, Pedro now has an opportunity to really kick on and demonstrate why a £10m price tag was slapped on him as a 16-year-old. Brace yourselves, this could get messy.