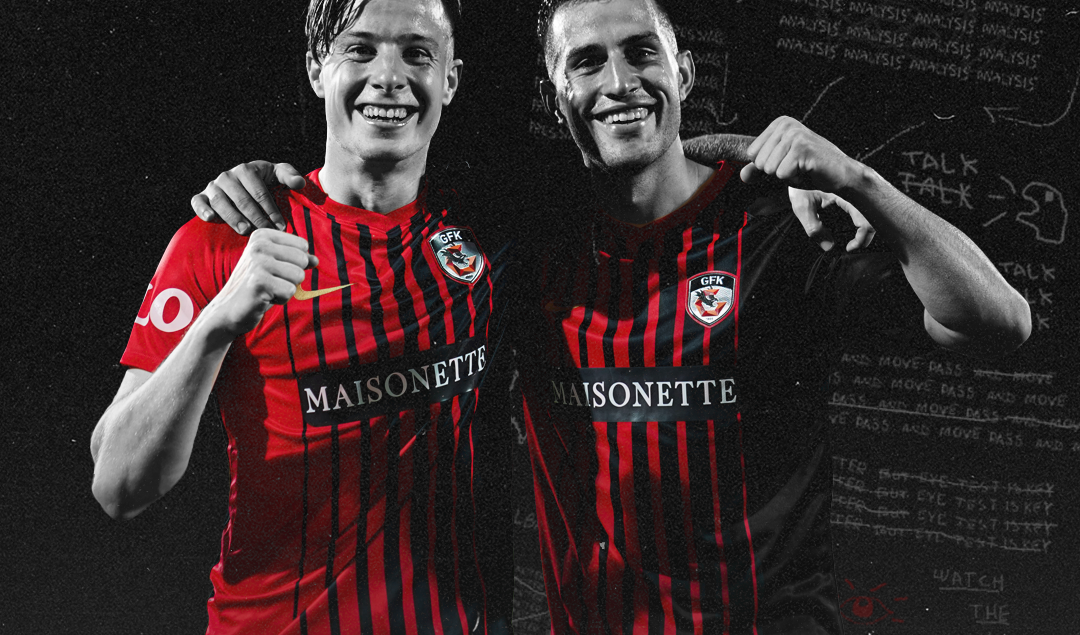 “I left a Formula One car to him and he’s driving it like he’s a tractor. He’s a novice.”

Those were the words of former Gaziantep manager Marius Șumudică, who was dismissed from his post in January due to disagreements with the club’s board, prior to a match between Gaziantep and Çaykur Rizespor on May 11. They were directed at Gaziantep manager Ricardo Sá Pinto, who had attributed his team’s middling form to unprofessional habits that were developed under Șumudică.

Șumudică only lasted five weeks at Rizespor before leaving after three draws and four losses, with the club on the border of the relegation zone. “Even [José] Mourinho wouldn’t be successful at Rizespor,” complained Șumudică. “My players can’t dribble. With 11 vs 10 for 80 mins, with no shot on target. It’s not a video game, I don’t have a joystick to control them. It no longer depends on me.”

Under the management of Bülent Uygun, Rizespor eventually picked up in form and finished a comfortable 13th, picking up a 5-4 victory in Gaziantep to put a dent in the club’s flailing season. Șumudică  had left the club in fourth place, and just four months later, the club finished 9th — closer to the relegation zone than third place. It has been nothing short of a heartbreaking collapse for one of Turkish football’s promising up-and-comers.

Founded in 1988 as Sankospor, the club ascended to Turkey’s third tier in 1997 before climbing their way to the promotion play-offs in 2011 where they would lose to Orduspor, while also suffering elimination to Beşiktaş in the Turkish Cup quarterfinals. Gaziantep reached the play-offs on back-to-back occasions but failed each step of the way, but the third time proved to be the charm as the club defeated Hatayspor 5-3 to book their spots in the 2019/20 Süper Lig season.

Hatayspor: The Süper Lig Debutants Taking the League by Storm

The following summer ushered in heavy investment and a change at the helm, as Șumudică replaced Mehmet Altıparmak as manager and Souleymane Diarra (Lens), Papy Djilobodji (Guingamp), Alin Tosca (Real Betis), Yuri Lodygin (Zenit) and more arrived in Antep, a city located just 60 miles north of Aleppo, Syria. Gaziantep finished 8th in their inaugural season in the top flight, 10 points behind 6th-placed Galatasaray, thanks in large part to an impressive campaign from Shakhtar Donetsk loanee Olarenwaju Kayode, who scored 10 goals and 7 assists in 29 matches.

The pandemic forced them to tighten their purses with Kayode returning to his parent club and a host of players such as Kevin Mirallas and Alexandru Mamim arrived on free transfers. Opening day saw them lose away at Galatasaray as a brace from Radamel Falcao and a goal from Emre Kılınç led Fatih Terim’s side to victory, before drawing consecutive matches to Göztepe, Trabzonspor and Antalyaspor. They did manage to rebound as a goal from Muhammet Demir saw them edge Konyaspor, but the following match against Gençlerbirliği forced them to endure another draw.

Gaziantep’s fortunes picked up at the start of November as goals from Mirallas, Demir and Kenan Özer spurred them to an impressive victory against eventual champions Beşiktaş, followed by a slim away victory against Denizlispor, but they were forced to succumb to a 2-2 draw against Yeni Malatyaspor as Kosovoan striker Jetmir Topalli snatched a draw in the 95th minute. Nevertheless, the club bounced back with successive wins against İstanbul Başakşehir, Fenerbahçe, Kasımpaşa and Alanyaspor to begin the new year in the top four.

The Romanian manager established a 3-5-2 formation with captain Günay Güvenç patrolling the goalposts and Tosca, Djilobodji and ex Wolves defender Roderick Miranda composing the back three. Oğuz Ceylan impressed as a right wing-back thanks to his verticality and ability to quickly wreak havoc in attack, but when they faced daunting opposition that held the majority of possession, Pawel Olkowski was the go-to-man. On the left, Güray Vural has excelled since shifting from a winger to a fullback and produced 15 goals in 66 games, whilst Brazilian-Romanian defender Júnior Morais also deputized in the position from time to time.

In the middle of the pitch, Șumudică enjoyed a wealth of options including Jefferson, Alexandru Maxim, Osama Rashid, Amedej Vetrih, and André Sousa, whilst Mirallas, Özer, Nouha Dicko, Cenk Şahin and André Felipe competed for spots in attack. With 20 victories and 19 draws in 51 matches, Șumudică’s team impressed on account of their defensive solidity and offensive fortitude led by midfield playmaker Maxim and talisman Demir, who has found the back of the net on 17 occasions this season. However, storm clouds were on the horizon.

The club looked headed for a win against BB Erzurumspor to kick off 2021, but Djilobodji was adjudged to have pushed Ömer Şişmanoğlu and as a result, Emrah Başsan converted the equalizer from the spot in the 96th minute. They rebounded with a 2-0 victory against Ankaragücü, but their early lead in Sivasspor was vanquished after a quick brace from Hakan Arslan. Then, on January 10, the unthinkable happened.

Șumudică was fired due to disagreements with the club’s board, with president Mehmet Büyükekşi claiming that the Romanian had requested an increase from his salary of €1.2 million to €1.9 million. ‘Șumi,’ on the other hand, stated that he received €600,000 in annual wages, and that he had paid €80,000 out of his own pocket to his own players. He would accept a job at Çaykur Rizespor just two weeks later, whilst Ricardo Sá Pinto was brought in as manager.

A former Sporting striker who had amassed 10 goals in 45 appearances for Portugal, Sá Pinto previously struggled to achieve success at the managerial level in various stints in Greece, Saudi Arabia, Serbia, Belgium, Poland and Portugal, with Sá Pinto’s most recent endeavor ending after two months in charge of Vasco da Gama — who would end the season relegated to Brazil’s second tier. Things started on the wrong foot for the new manager as they crashed out of the Turkish Cup in the Round of 16 to Konyaspor, and while they rebounded with a win against Kayserispor, a humiliating 0-3 defeat to Çaykur Rizespor as well as a draw against Hatayspor soon followed.

Gaziantep’s form continued to plummet as Sá Pinto struggled to find the right system, going with his predecessor’s trusted formation in 12 out of 16 matches and losing five of those, before eventually going with a 4-4-2 in mid-March. The magical carriage turned into a pumpkin as Gaziantep’s European dreams slipped away from them, finishing one place below their position in their debut top-flight campaign.

Now, Gaziantep will face another summer of upheaval and ambitious expectations after their latest near-miss; Büyükekşi has already announced that he will step down after the disappointing campaign, while Sá Pinto will also follow him out the exit door in solidarity with the outgoing president. The Portuguese manager leaves behind a record of six wins, six draws, and nine defeats.

“The experience and results [in Turkey] are good,” stated Sá Pinto in an interview with Renascença. We are trying to reach fifth place, in a very difficult year in which our president is also leaving due to personal reasons and because of wear and tear. And I leave because it is a matter of solidarity and fairness, with someone who trusted in my ability. And we managed to have good results.”

This month’s elections will decide Gaziantep’s third president in three years, and whoever wins, he will be hoping that he can stabilize results and get over the hump and deliver the club into European football next season. Șumudică has been out of a job since departing Rizespor, and while a reunion may seem unrealistic after their ugly divorce in January, the fact is that they are a match made in heaven.

However, according to Fanatik, Erol Bulut will take charge of the club on a contract through 2023. Bulut had previously led Alanyaspor and Yeni Malatyaspor to Europe for the first time in their history, while he also enjoyed a so-so spell at Fenerbahçe. However, only time will tell if he will be able to take the malfunctioning tractor and turn it back into a glamorous F1 car.