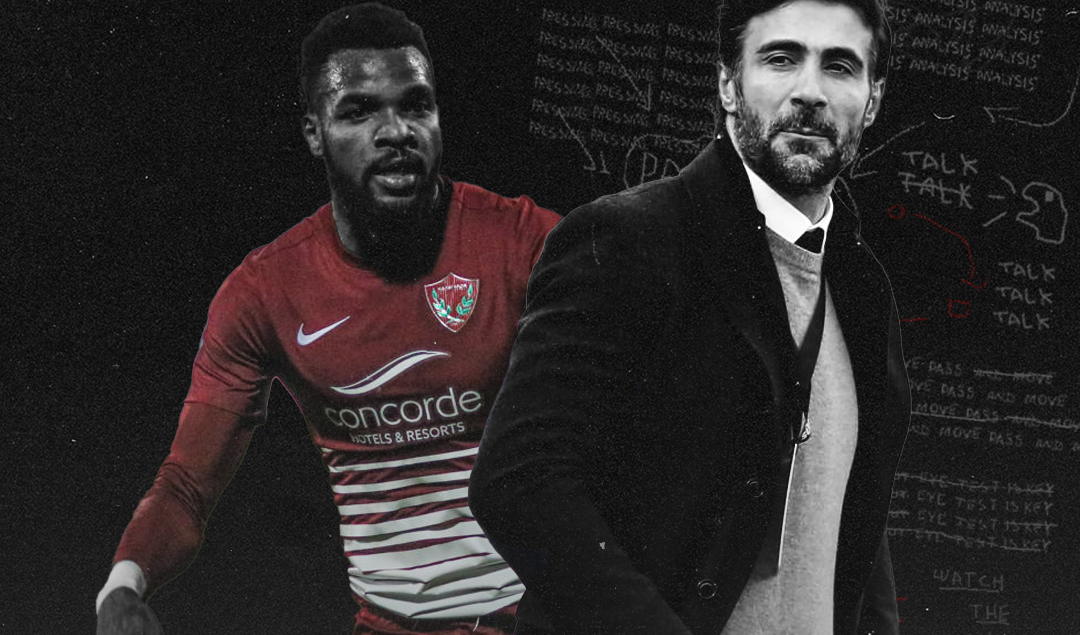 Last season, Turkish football saw the emergence of Hatayspor to the country’s top flight for the first time in their history. The club is from the Mediterranean region of Turkey, based in the city of Antakya. Hatayspor was formed in 1967 as a product of the merger between Kurtulusspor, Esnafspor and Reyhanli Gençlikspor before the 1967-68 season.

In addition to this, the club has historically played in maroon, green and white supposedly to represent nobility, peace and purity. All of these are qualities the club holds very dear and integral to their values. As a historically smaller club, they are used to playing in front of just a few thousand people. They hosted games at the Antakya Atatürk Stadium with a capacity of just over 6,000 people.

Ilker Tolon was the first man to experience bringing silverware to Hatay, with the 1969-70 promotion to Lig.1. Since then, however, it has been far from plain sailing. For the vast majority of the time between their first title in 1970 until 2008 (when they were relegated to the amateur leagues), they fluctuated between mid-table Lig.1 finishes, relegations to Lig.2, and top-half finishes in Lig.2.

The Recovery and Rise

The team took four years at the amateur level to rise again. They did this through the help of the then-coach, Ismail Batur, and then-chairman Hikmet Çinçin. Again, similar to the rise of Karagümrük, the eventual rise to the Süper Lig can be tracked through the 2010s. Hatayspor started this with their 2011/12 amateur league win, then the Lig.2 title in 2018 and two short years later, the biggest moment in the club’s history finally arrived. 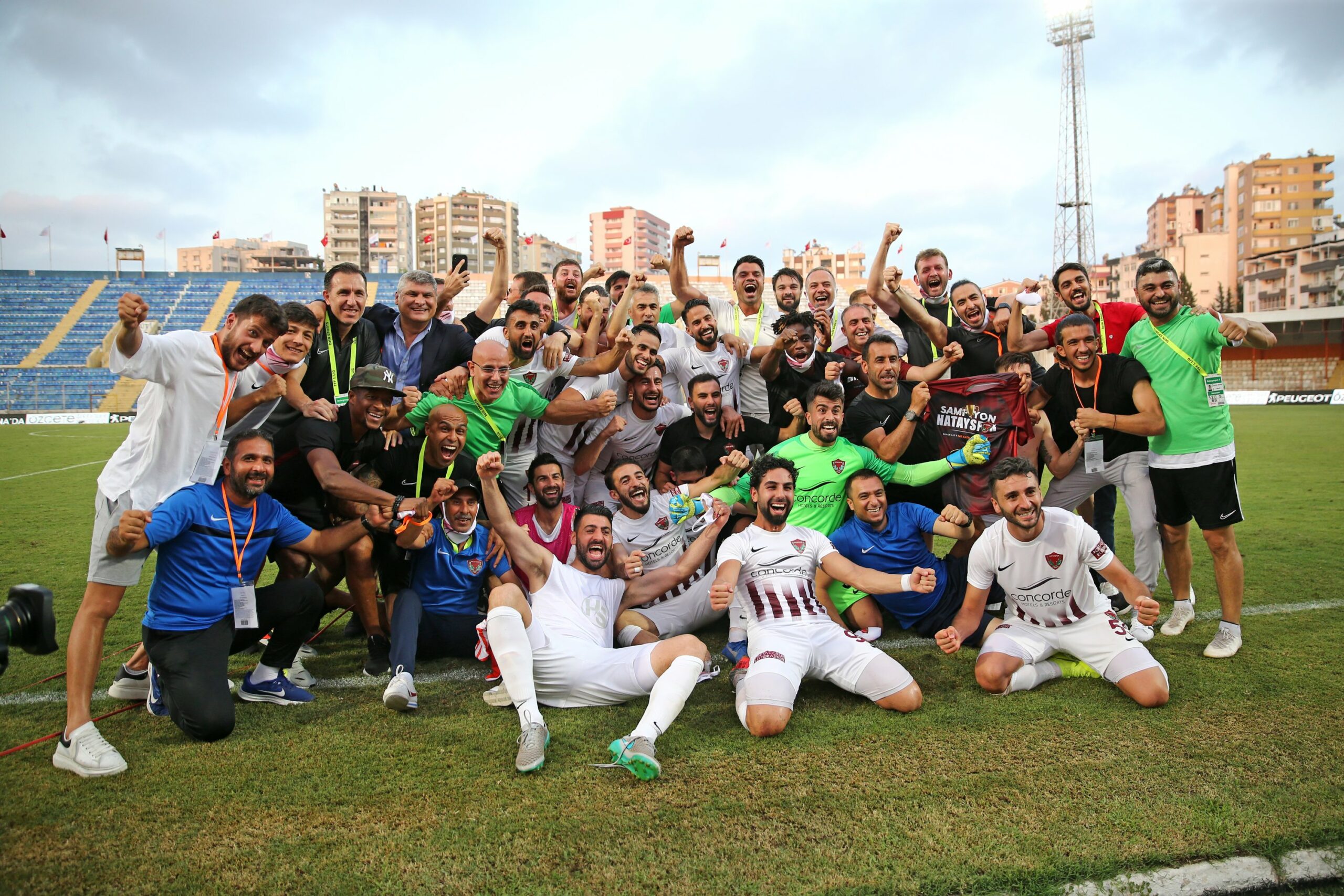 The 2019/20 season began with Ilhan Palut at the helm. Palut had been responsible for the 2018 promotion to Lig.1 and had three years under his belt in Hatay. It wasn’t until November, just before the halfway point in the season when Hatayspor’s title bid was dealt a blow when Palut took the job at Süper Lig side Göztepe.

In January 2020, Hatayspor appointed Mehmet Altiparmak to finish the season. The next seven months saw nine victories, four losses, and six draws spread across either side of the emergence of a global pandemic and ensured Hatayspor’s first-ever promotion to Turkey’s top flight.

The promotion campaign ended on a bittersweet note for Altiparmak. He was let go by Hatayspor, citing ‘differences in principles, values, and approach to his departure. Many fans were surprised to see this but very grateful for his work in bringing Süper Lig football to the city.

In September, just before the beginning of the Süper Lig season, Hatayspor pulled off a huge signing with Mame Biram Diouf. The former Stoke City striker was part of a batch of new arrivals that included Aaron Boupendza, Jean Billong, Ruben Rebeiro and Pablo Santos, all of which have been key to their success this season.

The man entrusted to lead this new core to the Hatayspor roster at the start of the season was Ömer Erdogan. Another obvious link here to fellow promoted side Fatih Karagümrük is that Erdogan actually coached Karagümrük in their promotion campaign.

The trust in Erdogan is a sign of the long-term nature of the Hatayspor plans. They seem very committed to not only sustaining their Süper Lig status but also building to something bigger. They put down a marker on opening day, beating the champions, Istanbul Basaksehir, 2-0.

This really felt like a statement of intent from Hatayspor. A team that was projecting for a long-term future in the upper-echelons of the Süper Lig but now frantically trying to avoid relegation, slain by a team looking to humbly build with patience. Whether this is an omen of what is to come for both of these sides or not, that is of course yet to be seen.

Tactically, Erdogan has coaxed his Hatayspor side into playing an aggressive brand of football. They seek to win the ball back high up the pitch. They have played the majority of their games in a 4-2-3-1 formation with Diouf as a lone striker with a dynamic, attack-minded three behind him consisting of Boupendza, Babajide David Akintola and Adama Traorè.

These three look to counter-press and this creates many open play opportunities, Hatayspor have taken the third most open play shots in the Turkish Süper Lig. In addition to the aggressive off-the-ball play, Hatayspor pride themselves on consistency. Only Alanyaspor (25) have used fewer players this season than Hatayspor (26).

The jewel in the crown of Hatayspor’s very strong spine is the Gabon winger, Aaron Boupendza. He has scored 18 goals this season, averaging a goal every 93 minutes. Despite not registering an assist, he plays a huge role in building fast paced attacks. Hatayspor are great counter pressing and creating greats opportunities in two or three quick, short passes.

He is strong on the ball, versatile and ruthlessly in front of goal. Boupendza is now attracting attention from Premier League clubs, with Newcastle United being rumored as the next destination for the forward. Other clubs such as Fenerbahçe, Galatasaray, West Ham, Rangers, Arsenal, and Southampton are reportedly interested in the 24-year-old.

Ligue 1 side Bordeaux brought Boupendza over from Gabon back in 2016  and he was subsequently sent out for a series of loans, most of which didn’t work out. However, his loan to Ligue 2 side Pau FC went very well with 15 goals in 21 games. This is what enticed Hatayspor to make the move for Boupendza.

On the 24th of March 2021, Hatayspor players trained on the pitch at their new home for the first time. This is undoubtedly a huge moment for the club with the new stadium looking to really cement their position as one of the most ambitious clubs in the Süper Lig.

Importantly, the old stadium that Hatayspor have played in, the Antkya Atatürk Stadium will be remembered as the foundation and the basis for Hatayspor’s rise to the top flight. But surely, this new stadium marks a period in Hatayspor’s history where they really leveled up to the challengers in Turkey’s top flight.