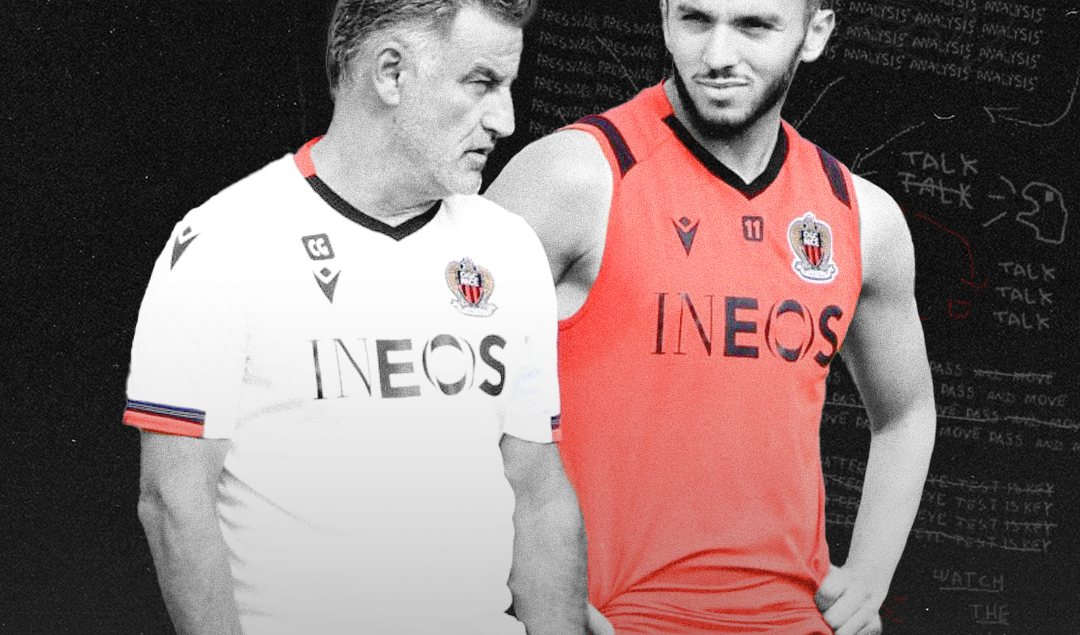 Amine Gouiri may get the plaudits, Andy Delort the respect, but an emerging talent emanating and shining brightly in Nice is a dynamic 20-year-old Khéphren Thuram.

The son of former French footballer Lillian Thuram and the younger brother of Borussia Monchengladbach, forward Marcus Thuram, Khéphren is becoming a cornerstone of The Gailter Garrison at the Allianz Riviera.

Galtier, a former Lille player who began his career at Marseille and also had spells at Toulouse, Angers, Nîmes and Monza, went into management a decade after hanging up his boots at the conclusion of a season spent in China with Liaoning. The Nice manager is burnt into the minds of Ligue 1 lovers as familiar as a rainbow’s arc.

He is the reigning Ligue1 Champion winning manager having won the league with Lille last season, the magical Galtier is proving to be an idyllic & astute mentor for Thuram, the trajectories of the master and apprentice are eerily similar.

For those in the know or in the enlightened embrace of watching Nice on a regular basis, you cannot help but ponder ‘why there is not much more fanfare surrounding the club, manager and players?’

Thuram is central to much of what Nice do well – he has played a large part in their cup run which has seen them make it to the holy grail of the Coupe De France final where Nantes await.

In characteristic style, Galtier is coaxing the talent out of his charges and improving them so much so that Champions League qualification and a domestic cup are very much on the cards.

The hegemonic power of PSG remains undiminished but Ligue 1 just maybe on its way to having its own “big 4” and Nice are at the front of the queue to join them.

Real Madrid are being credited with an interest in young Thuram of late, and who could blame them when you evaluate him against another Ligue 1 talent Real secured last summer with former Rennes man Eduardo Camavinga. 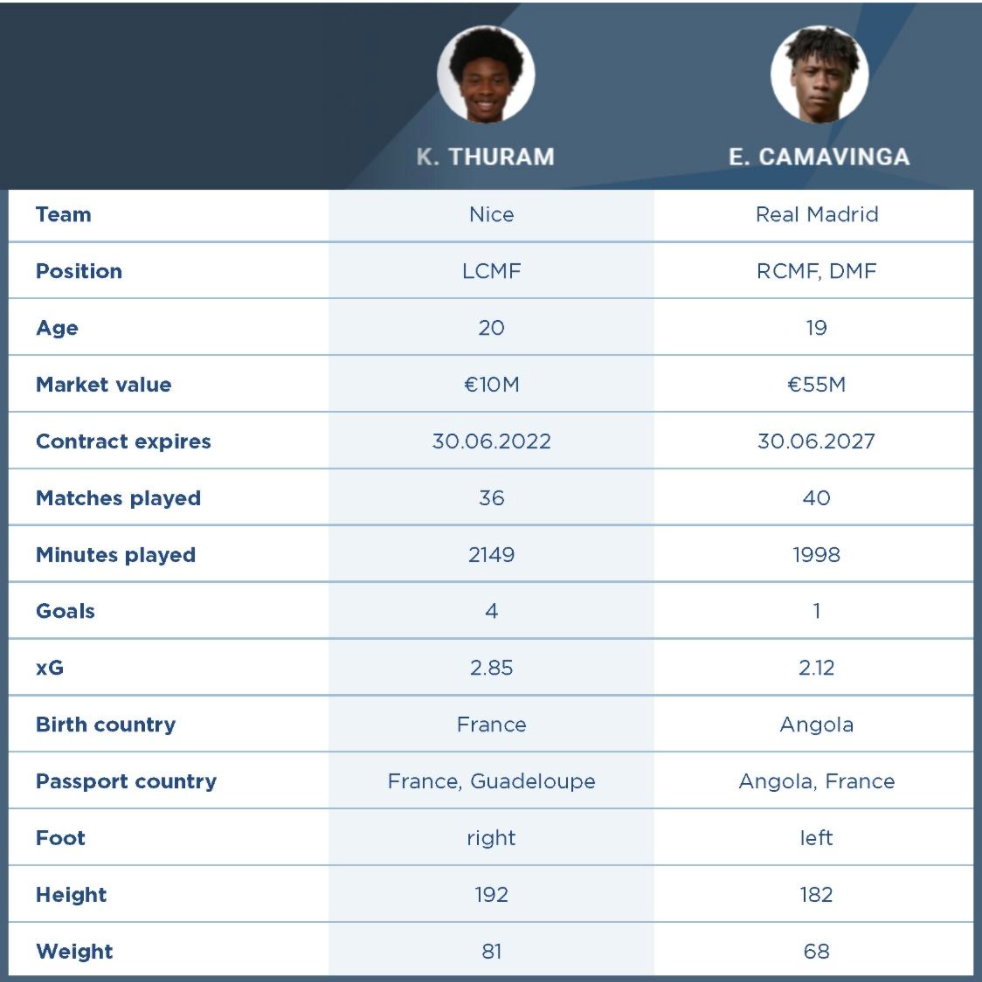 Nice is a club on the up, graced with the momentum a cash-rich-owner can bestow, British billionaire Jim Ratcliffe has propelled the club up the Ligue 1 pyramid at breathtaking speed and the feel-good factor between now and their date with destiny, the showpiece final at the Stade France might well evoke a Nice run to Champions League qualification.

British media has recently linked Ratcliffe to be one of the suitors seeking the purchase of Chelsea following the fall of the Roman Empire but a spokesperson from his company INEOS poured cold water on such assumptions.

The grass is not always greener and Thuram could be in just the ideal environment to grow and mature into one of Europe’s top midfielders surrounded by the embrace of experienced players like Brazilian legend Dante and Ligue 1 legend Andy Delort.

The balance between them and the youthful exuberance of Amine Gouiri-Justin Kluivert-Kasper Dolberg-Calvin Stengs-Youcef Atal to name just a few indicates Nice have a concerted masterplan to exploit this golden harvest.

Nice’s evolution has been one of bullish bluster on the field & flawless transfer business off it, they are experts at identifying young impatient talent on the outskirts of club’s first teams.

The youngster is smitten with the offer of first-team football, living on the banks of the Mediterranean and growing under the tutelage of a Ligue1 winning manager in Galtier.

The allure is hard to ignore Gouiri who was whisked away from Lyon is sure to attract a massive transfer fee when the elite coming knocking for his services, they are trying to repeat the trick and entice Rayan Cherki to abandon Lyon.

Thuram arrived from neighbouring Riviera club AS Monaco during the reign of now Crystal Palace gaffer Patrick Vieira, no doubt the former Arsenal legend’s relationship with the player’s father Lillian Thuram played a pivotal role in the transfer.

Nice and Thuram are beginning to embody the pure exhilaration of a Galtier high-craft power footballing side as PSG found out again last weekend.

A moment of inspired counter attacking magic from Galtier’s men took down Poch’s PSG at the weekend, Nice produced a defensive-swashbuckling display in a game that appeared destined to be a 0-0 stalemate (as is often the case when these teams play).

Until Neymar Jr was harried & dispossessed, flying Dutchman Calvin Stengs was released on the left wing, the winger looked up and produced a moment of startling delicacy unleashing a sublime stunning cross to the far post that Delort met first-time on the half-volley.

Navas was defeated and the top corner was rattled, Nice three games against the PSG juggernaut, no goals conceded, Poch is finding out what French-Football-Enthusiasts have known for many a year, Christophe Galtier is a magnificent manager.

Pundits and bandwagon jumpers be warned….ignore the Nice Renaissance at your peril.