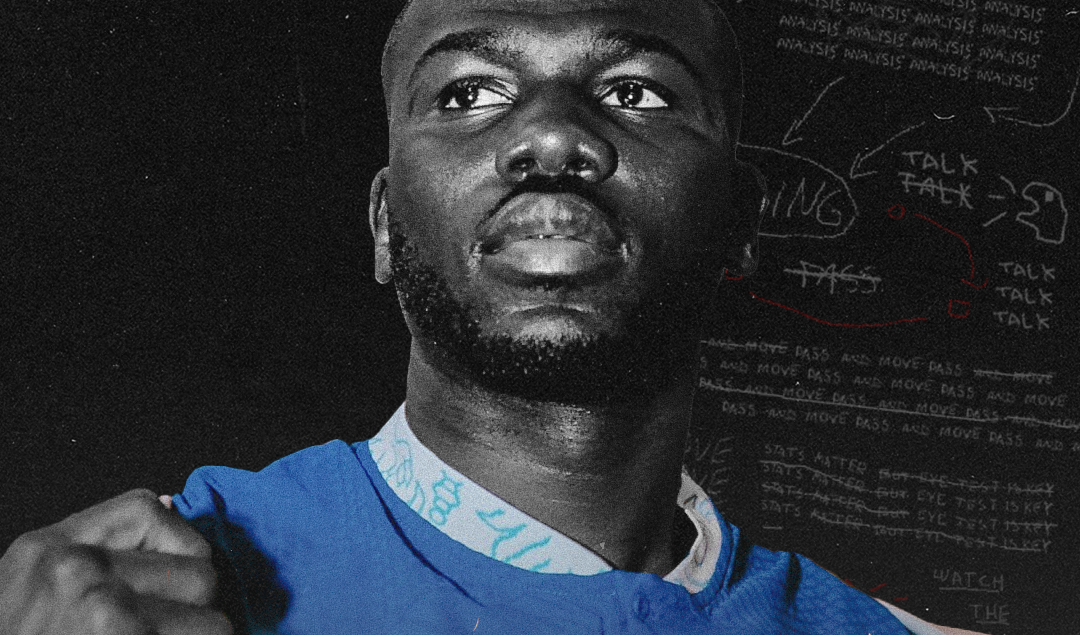 I mean, where do you even start? This summer was always going to be tricky for Forest for two main reasons. They were promoted ahead of schedule, meaning that their squad last season was made up of mainly lower-mid level Championship players, with a handful good enough to compete at the upper end of the division or even the Premier League.

Secondly, the ones who were in the previous two categories were generally on loan from Premier League teams, namely James Garner, Keinan Davis and Philip Zinckernagl, while Djed Spence was borrowed from Middlesbrough and Brice Samba’s untimely departure was all but confirmed as early as July. This meant that, rightly or wrongly, Forest had to strengthen this summer – and strengthen they most certainly have.

A staggering 21 players coming through the door isn’t all that uncommon for the Midlanders – given that more than 100 players have now been signed since the summer of 2017. But they’re back in the big time – every move will be scrutinised more than previously, especially as people believe they have seen this all before.

In 2018, Fulham were promoted under Slaviša Jokanović and brought in 12 new players, before going to appoint two further managers, sign three more in January, go on to finish 19th in the table and return from once they came. It’s lazy and inaccurate to say this is a copy and paste, although one can sympathise with the concern.

Firstly, however, the five players mentioned above had to be replaced, and they have done so through Neco Williams, Lewis O’Brien, Taiwo Awoniyi, Jesse Lingard and Dean Henderson for a combined £42m. Emmanuel Dennis brings ten top-flight goals from last season, Cheikhou Kouyaté, Willy Boly and Wayne Hennesey all have top-flight experience while Harry Toffolo was a necessary addition at left-back.

It’s very tricky to judge. Outside of the above, Morgan Gibbs-White, Renan Lodi and Remo Freuler all stand out as buys clubs higher up the food chain could have made, and elsewhere there are genuinely good additions. But I think bringing so many new faces together and asking them to gel, signing players who won’t make matchday squads and bringing in such a mix of characters, languages, backgrounds and outlooks, means I feel Forest may have overdone it, amid a tricky start to life amongst the big boys.

Could they have done more? No God, please no.

A phrase which has lurched into the transfer window lexicon is when a team is ‘doing a Fulham’, which could be narrowed down to a dictionary-esque definition of ‘signing a LOT of new players after promotion, subsequently bloating a squad full of new players, languages, dynamics and attitudes to give an overawed manager a massive headache.’ But this year, things have felt somewhat different.

Over their two most recent top-flight summer windows, Fulham signed a staggering 28 players including three goalkeepers (none of which are still at the club), with this summer bringing a new number one in the shape of Bernd Leno. Switching goalkeepers every season has to end somewhere, and while Leno wouldn’t have been my own 10/10 choice to displace the unfortunate Marek Rodak, he is solid enough at £3m.

Further up, Issa Diop, Shane Duffy and Kevin Mbabu have improved what was only the third-best defence in the Championship last summer, with João Palhinha shielding the back four as their most expensive acquisition at £18m. The three defensive additions are all solid, but the former Sporting man is the pick of the bunch; a ball-winning machine who leaves it all out on the pitch and is already a firm favourite of the Fulham faithful.

Andrea Pereira has always had talent but could never marry it together at Old Trafford, but his early days in the west end suggest he is another shrewd pickup by Marco Silva. They went a little crazy near the deadline, making useful squad additions like Dan James and Layvin Kurzawa, but Willian and Carlos Vinícius felt a little slapdash.

Could they have done more? Another centre midfield player wouldn’t have gone amiss, but overall it was a solid window for the Whites.

Since the departure of Sir Alex Ferguson, Manchester United’s approach to the transfer window has been haphazard, slapdash, and downright catastrophic – with this year’s approach proving no different.

A long, drawn-out pursuit for Frenkie de Jong ended without a resolution and no real plan B, meaning United moved to Casemiro of Real Madrid for £63.5m – an awful lot of money for a 30-year-old who doesn’t solve all of their issues, but is still one of the world’s leading central midfield players who will add plenty to what has been their most dysfunctional area of the pitch.

Fellow Brazilian Antony has joined for a whopping £85.5m; an insanely talented winger who has bamboozled Eredivisie wingers for years while having a wand of a left foot when crossing the ball or shooting for goal. But England is a far different league to Holland and if he is to be a success, United will have to give him time and the 22-year-old will undoubtedly need to refine a skill set that, at times, has been rather predictable.

Lisandro Martínez also joins from Ajax and while he will always receive stick for a lack of height, the Argentine has been able to showcase his immense reading of the game – but his £52m transfer fee is a big risk for a player that teams have already targeted in the season’s infancy. Tyrell Malacia and Christian Eriksen round off their window, with the pair looking like terrific pickups.

Cristiano Ronaldo remains a United player and will need to be managed correctly otherwise you fear things could get messy behind the scenes, and this summer has once again underlined the lack of a sound direction or strategy from those higher up, but they eventually stumbled on quite a useful – if not overpriced – window.

Could they have done more? The FDJ pursuit was disappointing and perhaps they should have walked away from that sooner, while a new goalkeeper must be on their shopping list next summer if Dean Henderson isn’t deemed ready by then. They’re a little light up top, too, while the failure to offload Ronaldo could cause issues.

It’s been a whirlwind 2022 for Chelsea, with new ownership colliding with a raft of summer departures and a playing squad that, while packed with quality, feels unbalanced and missing a true focal point. Thomas Tuchel has attempted to see to this during the off-season, but many of the dilemmas and problems that have plagued the Blues for so long remain apparent.

In defence, Chelsea said goodbye to Antonio Rüdiger and Andreas Christensen on free transfers, while Levi Colwill and Malang Sarr departed Stamford Bridge on loan to leave an already ageing backline bareboned – but they’ve splashed the cash to reinforce their rearguard. Kalidou Koulibaly and Wesley Fofana have come into the centre of defence for a combined £105m, while Marc Cucurella was the £59m choice of left wing-back.

Without question their defence is now stronger (with Ben Chilwell also returning from injury), but Thiago Silva and César Azpilicueta aren’t getting any younger and they’ve still conceded nine goals in their opening six games. Denis Zakaria has joined from Juventus on loan in front of the backline but doesn’t offer a great deal of what Chelsea don’t already have, while Carney Chukwuemeka has his work cut out to get a chance in the centre of the park following a £15m move from Aston Villa.

Raheem Sterling is a positive addition in the final third and has notched three goals already, but Pierre-Emerick Aubameyang is yet another short-term striking option – a route which has borne little fruit in the past. In the past decade, Samuel Eto’o, Gonzalo Higuaín, Olivier Giroud, Loïc Rémy and even Didier Drogba have been brought in to lead the line for a short time – why not just use Armando Broja?

They’ve certainly made some worthwhile additions for huge money, but they’re once again bypassing their youth, signing youth from other teams who more than likely won’t get a look in, filling round holes with square pegs and going short-term up top – it can’t work forever.

Always a fine tune and never an overhaul, Liverpool’s transfer window has gone the same way many of the previous have. Darwin Núñez was this year’s big expenditure, arriving from Benfica for £67.5m to become the focal point of Jürgen Klopp’s side, but whether he can fill the sizeable boots of Sadio Mané remains to be seen.

The departing Senegalese will be a big loss for the Reds; he’s been instrumental during Klopp’s tenure and a consistently reliable goal-scoring threat. But in Núñez, Klopp has a born goal-scorer and one who looks destined to shine on these shores.

Elsewhere, Fábio Carvalho has joined from Fulham following protracted January talks and after flourishing in the Championship last year – contributing to 18 goals as Fulham took home the title. Calvin Ramsay is also another pickup for the future from Aberdeen and will provide cover for Trent Alexander-Arnold at right-back for just £4m.

Some question whether Liverpool have left themselves shy in the middle of the park following the departures of Takumi Minamino and Tyler Morton, while James Milner, Thiago and Jordan Henderson age and Alex Oxlade-Chamberlain continues to struggle for fitness. Klopp belatedly agreed and brought in Arthur Melo on loan from Juventus – but he too typically struggles to remain fit.

It’s difficult; it clearly isn’t a bad window – but many Liverpool fans feel FSG should make a better fist of keeping pace with Manchester City, but once more it feels like they’re leaning on the unerring quality of their coach.

Could they have done more? The midfield is a big issue for Klopp and it’s showing during the early season, while Nat Phillips has already had to deputise in defence. Their lack of investment in the middle might just lead to Jude Bellingham in the future, but for now, they feel light in the engine room.