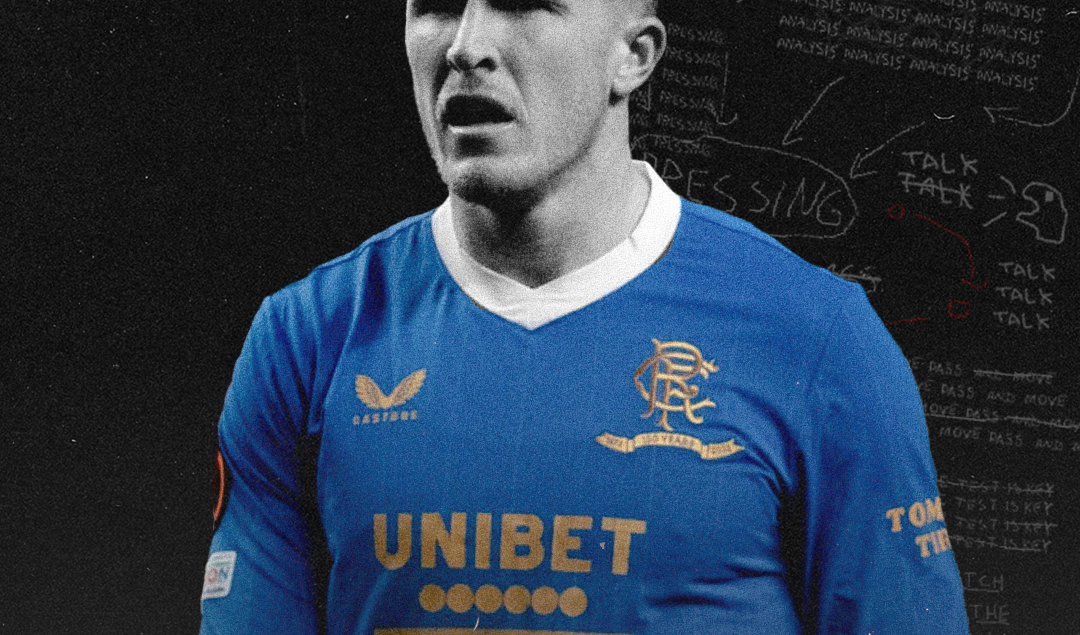 As Vicente Guaita parried a Luke Freeman shot for Crystal Palace in August of 2019, he set up a moment which John Lundstram had been striving towards ever since he could walk.

With the goal somewhat unguarded, the big centre midfielder buried the rebound from eight yards out, announcing himself as a Premier League footballer, goal scorer and match winner all in one fell swoop.

It was a moment which Lundstram, perhaps, thought would never come. Having joined Everton at the age of eight, the Garston-native came through the ranks at the Toffees and signed professionally with the club in 2011, before being sent out on loan to six different clubs to aid his development.

A chance with the first-team never came, however, and so he moved on to League Two’s Oxford United permanently in 2015 where he would play under the stewardship of Michael Appleton. In that first season, he helped the U’s to second place and promotion back to League One for the first time since 2001 to earn the second promotion of his career.

That summer, he was made captain of Appleton’s side at the tender age of 22 – but Lundstram was always one to lead by example. From an early age, he had developed a reputation as a tireless runner, the hardest worker and the example setter with a tender touch for those around him.

He helped the club finish 8th on their return to the third tier, before attracting interest from Sheffield United and former-Oxford manager Chris Wilder in the division above. It cost them £700,000, but the Blades landed their man in July of 2017.

Lundstram featured heavily in that first season – playing 36 games and scoring three times – but injury disrupted his second season in the Steel City where he played just ten games, falling down the pecking order to the likes of John Fleck and Oliver Norwood in between.

But the club won promotion to the big time at the end of the season, finishing second and ending a 12-year absence for not only the team, but for the City in the top flight of English football.

He forced his way into the manager’s reckoning with his physicality and footballing brain giving him versatility to either play in the centre of a midfield three or on the right.

The latter brought him that moment against Crystal Palace; a typically intelligent run into the box – the sort you can’t teach – to anticipate where the ball would fall to slam it into the back of the net.

It gave the then-25-year-old the unique distinction of scoring a goal in all of England’s top four divisions (something teammate Billy Sharp also achieved the week prior), setting Lundstram on the way to a memorable season.

Despite playing as a centre midfielder, the popular game ‘Fantasy Premier League’ had Lundstram down as a defender despite the fact (up until that point at least), he had played exclusively in the middle of the park. It meant that, as his dream season rolled on, Lundstram was racking up points like it was nobody’s business.

He claimed he wanted to ‘prove people wrong’ when it came to his new side faced Everton in the early season, and as he played through an inch-perfect through ball to Lys Mousset to round off a 2-0 Blades win at Goodison Park, he most certainly did that – and continued to defy the doubters.

At one point, Lundstram had managed the full 90 minutes in 18 out of 20 Premier League matches, as he became Mr. Consistent for Wilder’s high-flying new boys. He ended the season with eight goal involvements as United finished 9th, but while many thought both player and club would kick on, the very opposite seemed to happen.

They failed to win any of their opening 18 matches of the following season, drawing only twice with Lundstram featuring in 13 of those. His contract was out at the end of the season and as he seemingly refused Wilder and United’s offers of a new one, he began to fall out of favour at Bramall Lane with the team in freefall.

He played just 19 minutes of the final six games of the season, with even his brief cameos bringing huge frustration from the United faithful. Many accused him of ‘downing tools’ as his reputation for being the hardest working player was flipped on its head. It was an acrimonious ending to what, for a long time, was a match made in heaven.

Despite his desire not to sign on with United, Lundstram found himself short of immediate suitors following the expiry of his contract on June 1st 2021.

But Rangers had been long-time admirers, and Steven Gerrard was looking for someone to bring energy and physicality but also quality in the midfield to help the Scottish side compete at the back-end of European competitions.

‘Lunny’ (as he is affectionately known), signed a three-year contract with the Gers on July 5th to link up with fellow scouser Gerrard – with the pair growing up a relative stones throw away from one another between Whsiton and Garston.

It was another environment the former England Under-20 international would surely thrive in; between Liverpool and Sheffield, he had already played in two of the biggest and most ferocious two club cities in the UK, and his galavant to Glasgow meant he was going to arguably the biggest.

There are similarities to make between all three, whether it’s the friendly yet steely nature of its people, the close-knit communities, the working-class heritage or the undying love for its city’s football – but things didn’t start off as he would have envisaged.

A boyhood Liverpool fan, Lundstram trialled with The Reds before moving to Everton but was overawed by the occasion and couldn’t perform to his best – somewhat similar to how life in Glasgow seemed to have started. Steven Gerrard was his idol and the man now responsible for bringing him to Ibrox, but it’s been suggested to have had an adverse effect.

In just his second game, Rangers fell to a 1-0 defeat at Dundee United to end a 40-game unbeaten run, before he was sent off in the first half of the Europa League qualifier against Armenian outfit Alashkert. The Gers eventually hobbled over the line, winning the two-legged affair by a single goal, but his whirlwind start to life north of the border was only just beginning.

In the early months, he was sluggish on the ball and struggled to firmly establish himself in a side which had plenty of options in the middle of the park. In November, Gerrard departed for Aston Villa and was replaced by Giovanni van Bronckhorst, but things again failed to start how he would have wanted.

From the Dutchman’s appointment to the January transfer window deadline, Lundstram had managed just 93 minutes of action from ten league games and was heavily linked with a move to Middlesbrough and a reunion with former boss Chris Wilder. Any move failed to materialise, leaving many Rangers fans unhappy that Lundstram would be staying put.

Further to the interest in Aaron Ramsey on a loan deal, understand that John Lundstram won’t be leaving Rangers this window.

Then came the changing point. Rangers fell to a 3-0 Old Firm loss to Celtic at the start of February which forced a change of tack by van Bronckhorst – with Lundstram’s reemergence one of the changes implemented to arrest the slide. He was an integral part of a five-star display against Hearts in the next game, and has gone from strength to strength ever since.

When used in the centre, his boundless energy and box-to-box ability has made him useful in either penalty area, but his reading of the game and calmness on the ball means GVB has utilised Lundstram in the right-back position when Rangers attack – a real swiss army knife to have in a squad littered with good players.

He anchored a magnificent 4-2 win away at Borussia Dortmund later on in February, crowning another personally excellent display with a whipped left-foot finish into the bottom corner to put his side 3-0 up – a goal worthy of winning any game, no less on his weaker side.

Lundstram had become what he could have always been at Rangers: the perfect fit. A passionate, dominant, hard-working, indefatigable central midfielder who has bags of technical ability and is built like a multi-storey car park.

Whether it’s a short or long pass on either side, a task to be completed on the edge of his own box or in the opposition’s, Lundstram has proved to be the man for the job – the silky scouser was just what they needed, so it happens.

During that magic night in Germany, Lundstram was asked to drop into a back three, as he finally fulfilled the role that not only Fantasy Premier League thought he would, but also the man who scouted him.

“It’s no surprise to see him play in his best position as a centre-half”, former Everton scout Matin Waldron told us. “As a kid, that’s where he played the most – he was a great professional at a young age.”

He continued to play and Rangers continued to shine. While the league drifted away in Celtic’s favour, the Blues had bigger fish to fry. Red Star Belgrade and Braga were duly swept aside in Europe to set up a semi-final bout with another German outfit in the shape of RB Leipzig.

Van Bronckhorst routinely switched between a three and four back shape in the previous rounds with his newfound gem’s versatility, and he once again entrusted Lundstram to do a job in the back-line to keep things tight when they visited the Red Bull Arena – escaping their European counterparts just a goal down from the first leg.

In the return fixture, he again started in defence as Rangers took a quickfire 2-0 lead through James Tavernier and Glen Kamara, before Christopher Nkunku levelled the tie with twenty minutes to go. By now, Lundstram had been moved back into midfield with Leon Balogun coming into defence – a decision which sent Rangers to Seville.

With ten minutes to go, Ryan Kent tricked his way to the by-line before dinking in a looping cross which was flicked away by Josko Gvardiol, with Lundstram picking up the loose ball and sliding it into the bottom left corner.

It held more than a passing resemblance to the strike which put him onto the map of English football against Crystal Palace in August 2019, and truly showed the scale in which he had come full circle since. From being the talk of Sheffield to the villain, the wantaway waste at Rangers and now the hero.

Bedlam. Euphoria. Pandemonium. A coliseum of European football rocking like it hadn’t for 50 years, with Rangers’ number four at the epicentre of it. “I’ve got to be proud of myself, haven’t I?” He had said of himself. Martin Waldron said, ‘It’s what you dream will happen with the young players.” The pride was beaming, but the dreams were all too real.

As the full-time whistle went, Lundstram cupped his mouth before putting his hands on his head; he simply couldn’t believe it. His mere presence at the club had been chastised just three months earlier, but now 50,000 were singing a Belinda Carlisle song in his name.

An incredible team effort has collided with Lundstram’s tireless industry to rewrite his destiny at Ibrox, carrying Rangers to a 5th European Final in the process – and oh baby, do you know what that’s worth?