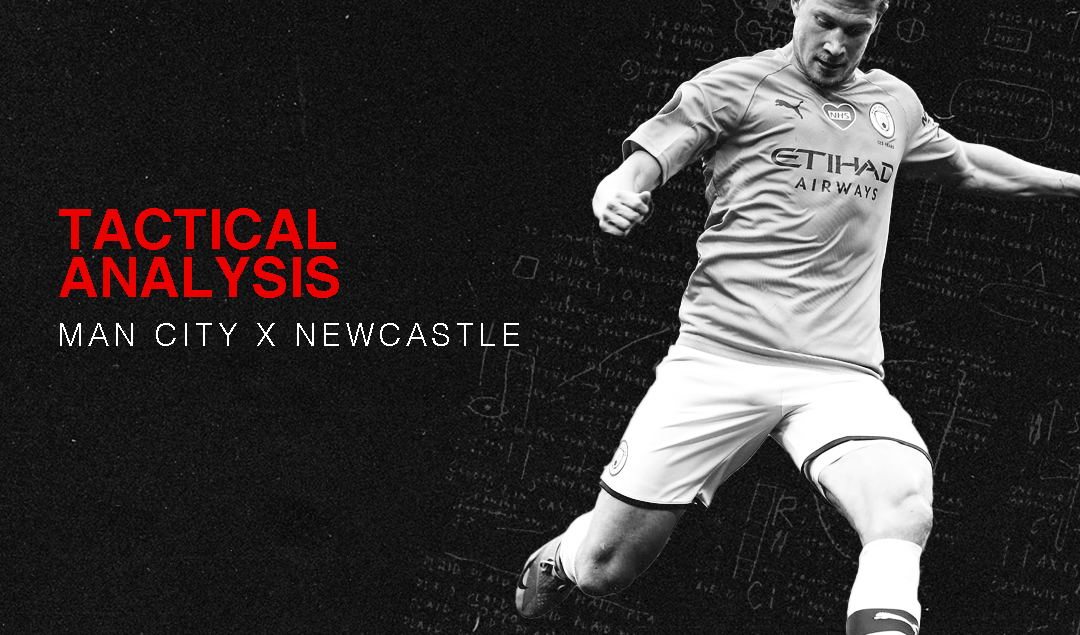 Going into the game against Manchester City, Steve Bruce’s Newcastle had just lost once in their previous five matches, only conceding six goals and scoring 10 in the process. The Toons have sat comfortably mid-table this season and they were looking to continue their good form on Wednesday with a draw or victory at the Etihad.

Newcastle began the game in a 4-4-2 formation with the surprising placement of Jonjo Shelvey up front with Joelinton. Manchester City began the match in a 4-3-3 formation which quickly transitioned to 4-2-4, with Riyad Mahrez and Phil Foden playing in wide areas and David Silva and Kevin De Bruyne alternating up front with Gabriel Jesus. 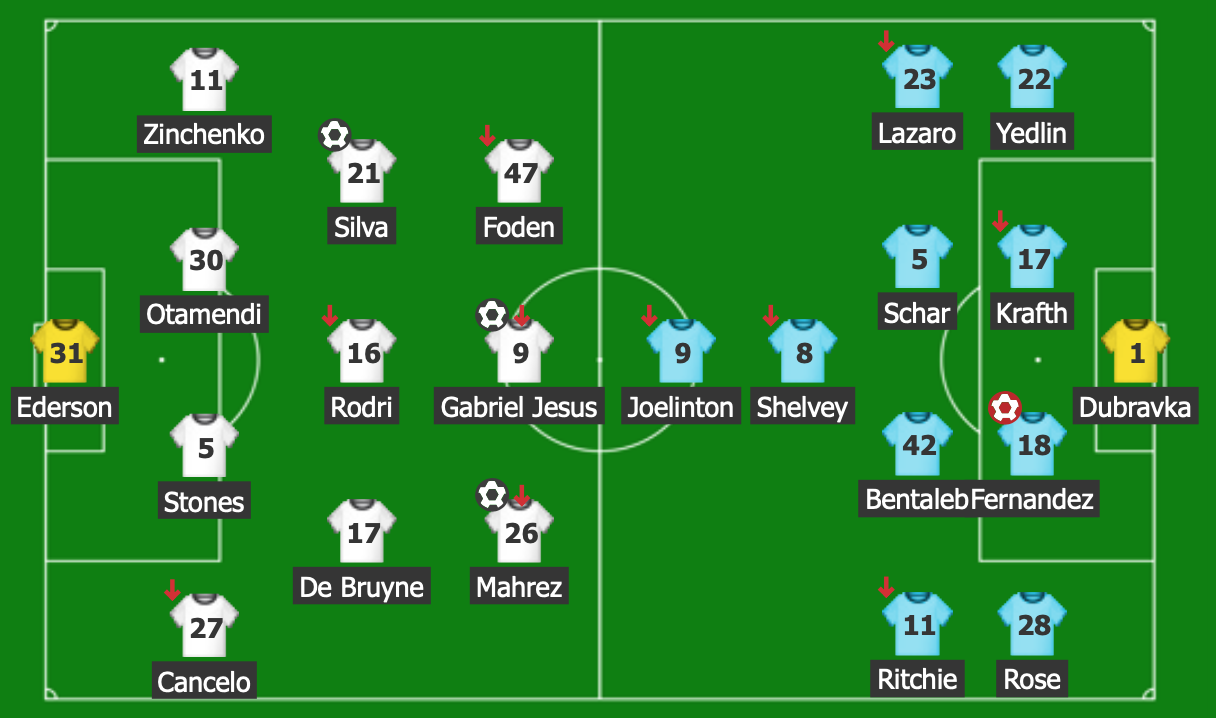 Even though Manchester City naturally has numerical superiority in the center of the park, Pep Guardiola instructed his full backs to pinch in to create numerical advantages, often known as the free man.

The reason behind this is not only to provide more outlets for the team in possession but to enable A-D transitional moments, providing numerical superiority in midfield. The faster the team can press, the more they can eliminate passing options behind the lines. 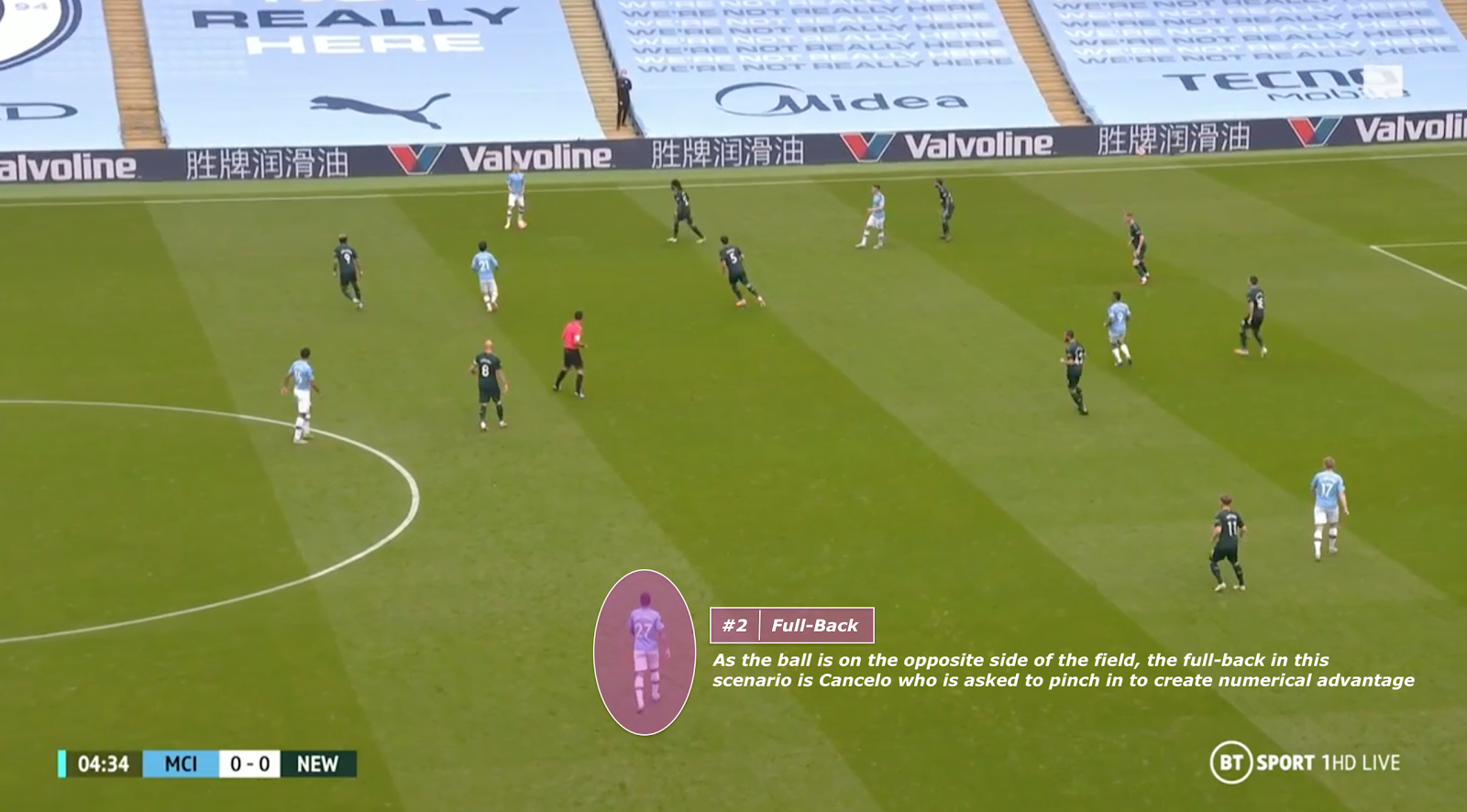 Guardiola is a mastermind of creating numerical advantages, and he has created a clear identity to use his full backs as an attacking force in the possession phase.

In this scenario, both Foden and Mahrez are playing in the central corridor due to their full-backs being pushed up so high. This allows both João Cancelo and Oleksandr Zinchenko to get on the ball, and they can play the wingers in behind with their passing. 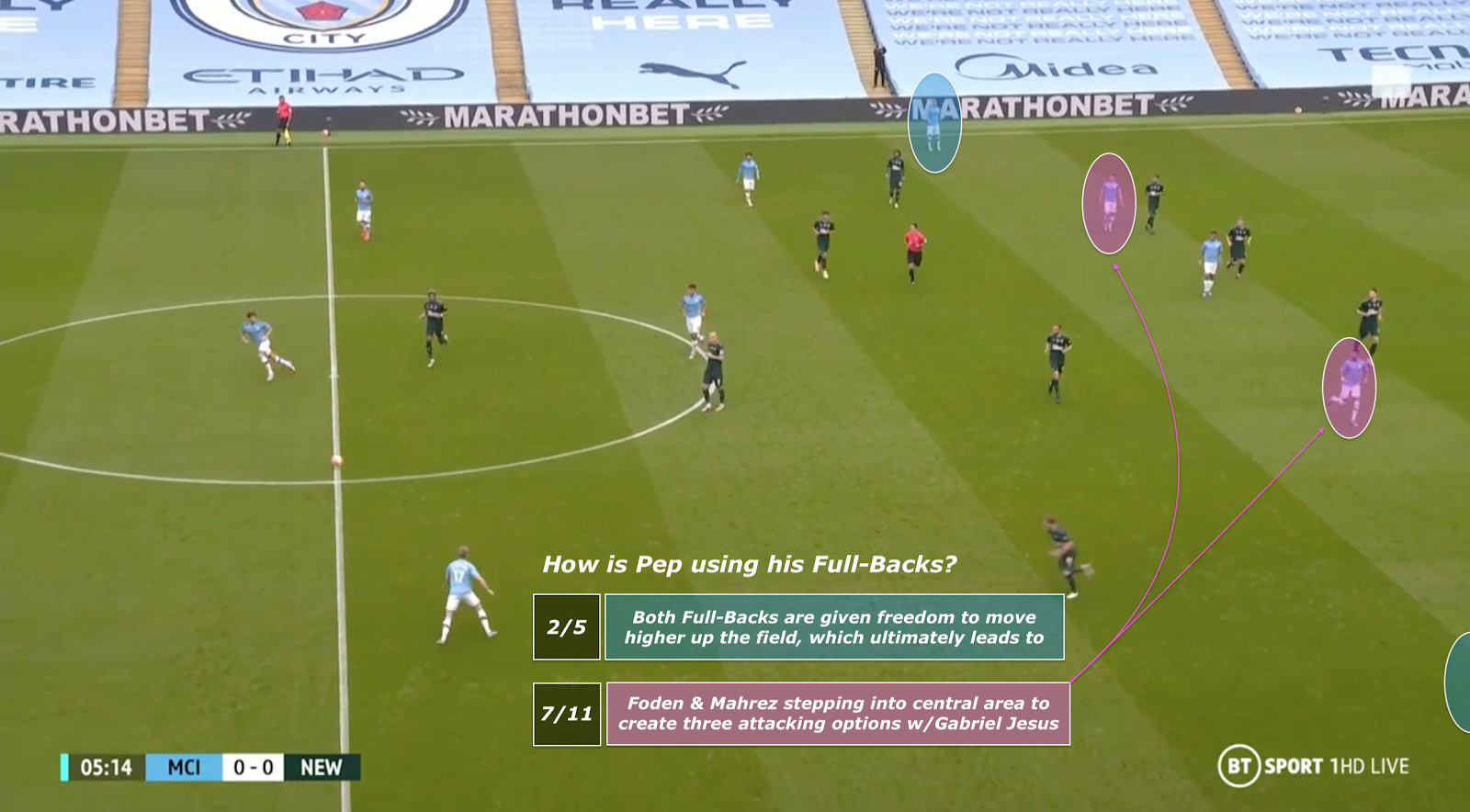 In this instance below, Cancelo and Zinchenko push up high and wide whilst the central players drop deep to collect the ball and distribute it to the unmarked side. De Bruyne receives from deep and finds Zinchenko in an advanced area, whose pass goes out of bounds for a corner kick.

The first and second goals have a clear resemblance to this pattern. Here, Cancelo dribbles infield before finding Foden, who slides it in for an onrushing David Silva, whose cross meets Gabriel Jesus at the penalty spot.

For the second goal, City win the ball back with an aggressive press, and after, Silva finds Zinchenko on the left wing. Zinchenko threads the ball into De Bruyne, who finds Mahrez with a superb cross. The Algerian makes no mistake with the finish, doubling City’s lead.

After the 25th minute water break, Bruce moved Shelvey deeper in the midfield to create a 4-5-1 formation in order to eliminate City’s numerical advantages in the central areas. City struggled to break down Newcastle’s deep block, and would go 37 minutes without a goal, until Gabriel Jesus dribbled past the defense, and his shot careened off Federico Fernández and into the back of the net.

With 787 out of 840 passes completed, City broke a Premier League record with a 93.7% passing accuracy. The Sky Blues would go on to win 5-0, continuing their excellent form since the restart of English football.