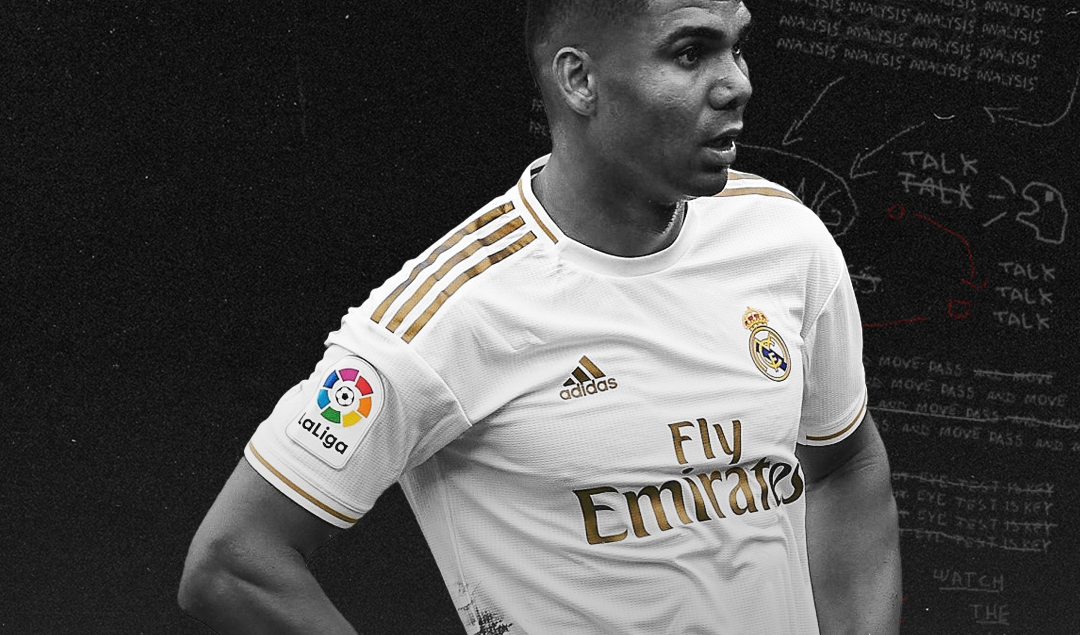 After 100 days of the Frenkie de Jong saga, it was not anticipated that Manchester United would opt for a different profile. Following two difficult losses to begin the season, the club has been in dire need of a defensive midfielder for over 8 years.

This transfer window finally sees United addressing a big issue, with the signing of the 30-year-old Brazilian midfielder Casemiro from La Liga and UCL champions Real Madrid. Aged 30, and with a different midfield profile to De Jong, the player that was the topic of the entire summer, Erik ten Hag and Manchester United have decided to approach a different system player.

Known to the football world for his defensive performances, most recently the clinical performance with his two partners Toni Kroos and Luka Modric, Casemiro is not a newbie to the game.  Taking pride in the number of recoveries and interceptions he completes per game, these contributions are seen indirectly on the score line, when his team is able to maintain a clean sheet.

Real Madrid are set to receive £50.8m in an initial fee, with the value raising to £60m with clauses and bonuses that are set. These two clubs are not unfamiliar with transfers, with Raphael Varane and Angel Di Maria joining over recent years from Real Madrid to Manchester United. The latter, surviving one season before he was offloaded.

United have been needing a number 6, a player than can provide protection to the back line, retrieve balls and provide it to the ball progressor. Additionally, the ability to read potential problems and identify the best position to be in, United are getting all of that plus more in Casemiro.

Usually known to play in a midfield trio with Kroos and Modric, it is likely he will play that same role at United, alongside options of Christian Eriksen, Bruno Fernandes, Fred and whoever the club may sign in the last two weeks of the window.

With Ronaldo, Varane and Casemiro, who are proven winners, United now have the leadership and determination on the pitch. It is yet to be known whether Casemiro will go on to become a captain at the club, but there is no secret that he provides leadership both on and off the pitch.

During the 2021/22 season, Casemiro was a key piece to the midfield trio for Real Madrid that allowed them to successfully win the Champions League and La Liga. Providing defensive coverage when the full-backs go forward, Casemiro was in the higher 90s for defending, ball recoveries and interceptions, aerial duels and disrupting the opposition’s move.

This is something that United have consistently struggled with, playing a duo of Scott McTominay and Fred in a position that would usually require one person. Particularly during the Champions League run that saw impressive wins against Man City, PSG, Chelsea and Liverpool, Casemiro was joint top for the number of ball recoveries in the tournament at the age of 29.

Addressing some of United’s biggest midfield issues, Casemiro is expected to complete his signing this weekend following agreements on all ends. This leaves one key question, who will join the midfield with him?

Football and Islam: How the Sporting World is Adapting

With the current options of Christian Eriksen, Bruno Fernandes, Fred, Scott McTominay, Donny van de Beek and academy players such as Zidane Iqbal, James Garner and Charlie Savage, Manchester United are in dire need of another midfielder, and evidently, they have the budget to do so.

It is obvious that the club could not wait for Frenkie de Jong to solve his financial issues with Barcelona and opted for a different midfield approach. United still need a ball-progressing midfielder that can play alongside Casemiro and Eriksen or Fernandes, with the expected lineups still unclear.

Many people may feel that signing a 30-year-old player for £50.8m and a weekly salary ranging between £350k-£380k might be excessive, but given Casemiro’s ability, knowledge, and positional awareness, it is addressing an issue United have had at their core for many years.

Expected to sign a 4-year contract, this will see Casemiro be at the club until 34 years old, with players joining the league this season at the same age as him (notable that Kalidou Koulibaly is 31 years old, playing at an elite level for Chelsea FC).

The concerns surrounding Casemiro’s signing should not be his age or whether he will adapt to the Premier League, the next concern should be who United’s recruitment opt to sign alongside him.

Having let go of Paul Pogba at the end of last season on a free, a player of Pogba’s ability alongside Casemiro would’ve been allowed to flourish in a free-flowing role, rather than attempting to play him as a 6. Now that the club have a genuine number 6, the next step is pairing him with a player that allows him to continue his interceptions, and recoveries and focus on breaking down the opposition’s attacks.