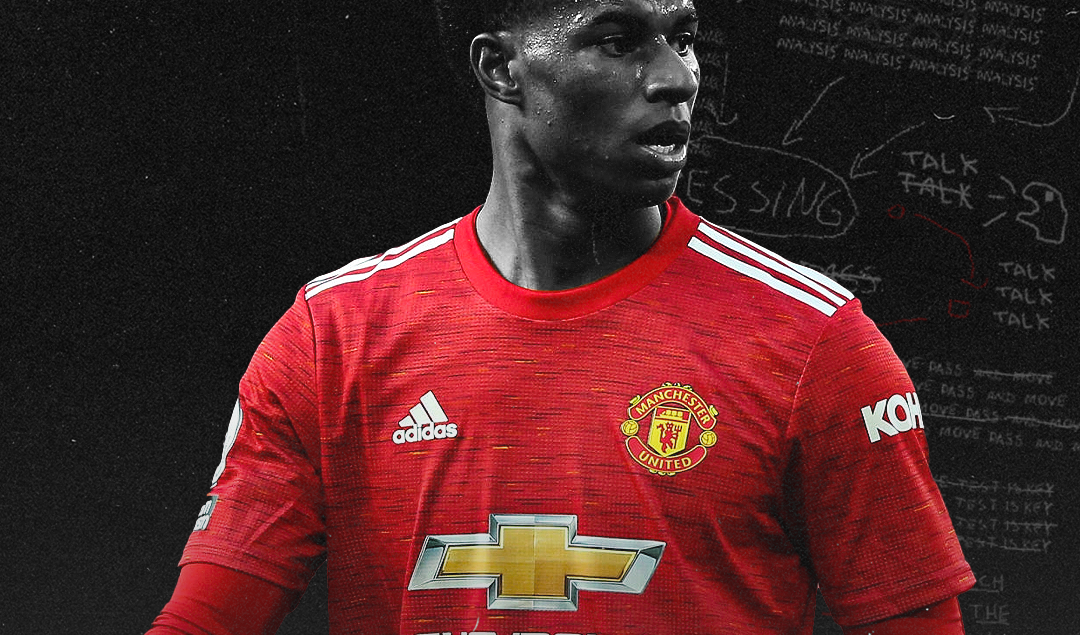 Sir Marcus ‘everybody eats’ Rashford. MBE. Defender of the crown, and you can be rest assured he attacks his full back the way he tackles injustice. Pure, unapologetic violence.

After what was the most challenging season of his career last year, the man from Wythenshawe officially announced himself on the greatest show on Earth with 2 goals and a Man of the Match display. This was not a revenge tour because the BBC Expert Panel Special Award winner is too stoic for that. Rather, this was a reminder that on his day, he remains one of the most frightening and explosive forwards in the world.

He made his intent clear early on in the first half when his penetrating run away from Neco Williams was found by a pass from Harry Kane, but his finish was met by the onrushing Danny Ward. A sign of things to come. He terrorised the hapless Williams who had to exit the field of play after just 40 minutes when his cranium was on the receiving end of a trademark Rashford thunderbolt.

Despite his good work in the first half, Rashford took the game by the scruff of the neck in the second half after a switch of the wings with the mercurial Phil Foden. I’ve always felt – contrary to most Manchester United fans – that Rashford operates better from the right wing than the left. By playing on the right, it simplifies his game and reduces the angles he can work with which I think makes him more decisive.

Can England End 56 Years of Hurt and Bring the World Cup Home?

He’s able to run at defenders with greater menace and speed, fainting to go either inside or outside as he showed for his second goal. He also possesses a tremendous ball-striking technique (as we saw with his free-kick goal) which would enable him to constantly deliver quality crosses into that area of uncertainty.

When Rashford is stationed on the left, he might have more angles to work with as the pitch is opened to him, but unfortunately that works against him because it forces him to be something he’s not. He begins to believe he must be Cristiano Ronaldo and Lionel Messi rolled into one as he attempts audacious knuckle-ball shots and wants to be the chief chance creator in the final third.

To me, Rashford is at his devastating best when his role is simplified and he doesn’t have to think too much about his actions. His instincts alone and overall understanding of the game are already highly fine-tuned to take him to the world class level he desires. Consistency is now the name of the game for him. However, I don’t think Rashford will ever accept a wing change because the branding around him as United’s heir to CR7 does not correlate with such a role.

Media comparisons with a certain Kylian Mbappe also haven’t helped because they’ve painted an idea of him in the minds of most fans that I don’t think Rashford will ever be able to achieve. If I were Gareth Southgate or Erik Ten Hag, I would advise him to model his game on Sadio Mane – another truly world class wide forward, as opposed to the generational Mbappe.

The other inclusion into the side from the USA game was Phil Foden. He staked a very strong claim as to why he should retain his starting spot for Sunday’s round of 16 match up against Senegal. His guile, inventiveness and mesmerising twinkle toes were a delight to watch. It was said twinkle toes that won the free-kick which Rashford opened the scoring from.

The ongoing debate will be whether Foden should start in the middle as one of the interiors or not. Not yet, according to Kevin De Bruyne: “At this moment in time, it is maybe a little bit better for him on the wing” he said after the 6-3 derby win against United in October. De Bruyne argues that the expansive freedom and few instructions that come with playing on the flanks allows him to “flow into the game”. Pep Guardiola also concurs with KDB.

“Playing in the middle, you need to pay a little bit more attention and [he has] some aspects where he still has to grow,” said Foden’s manager, when De Bruyne’s comments were put to him. “He has an unbelievable, natural instinct to play football but when you play in the middle you have to pay attention to what happens around you. In the wing, it is easier. In the middle, you have many things that happen there, especially without the ball. It is this where he needs to improve, but it is normal.”

Guardiola and De Bruyne do both agree however, that eventually Foden will take up a central role, but that time has not arrived yet. When Southgate was interrogated on this issue on Monday, he parroted the same message. He said, “sometimes the discussion around just plopping him in as a 10 in every game isn’t realistic because in a game like the other night you have to have the ball and there are defensive responsibilities that he doesn’t have to do at his club.”

If the greatest manager of his generation (Pep Guardiola that is, not Gareth Southgate) and the best midfielder in the world for the last 4-5 years are both saying the same thing then who are we to disagree? I respect the fact that Southgate has clearly sought to work in tandem with the club coaches of his players in trying to find the best tactical system for his squad.

International football is predominantly about attempting to carry existing relational and tactical synergies formed at club level into the national team, as international team managers do not have adequate time with the players to fully implement any significant patterns/style of play.

Southgate now has a big conundrum for Sunday. Should he keep this same starting 11 that overpowered a tepid Welsh side, or will he reinstate his loyal servants like Raheem Sterling, Mason Mount and Kieran Trippier? We’ll find out against Senegal today.