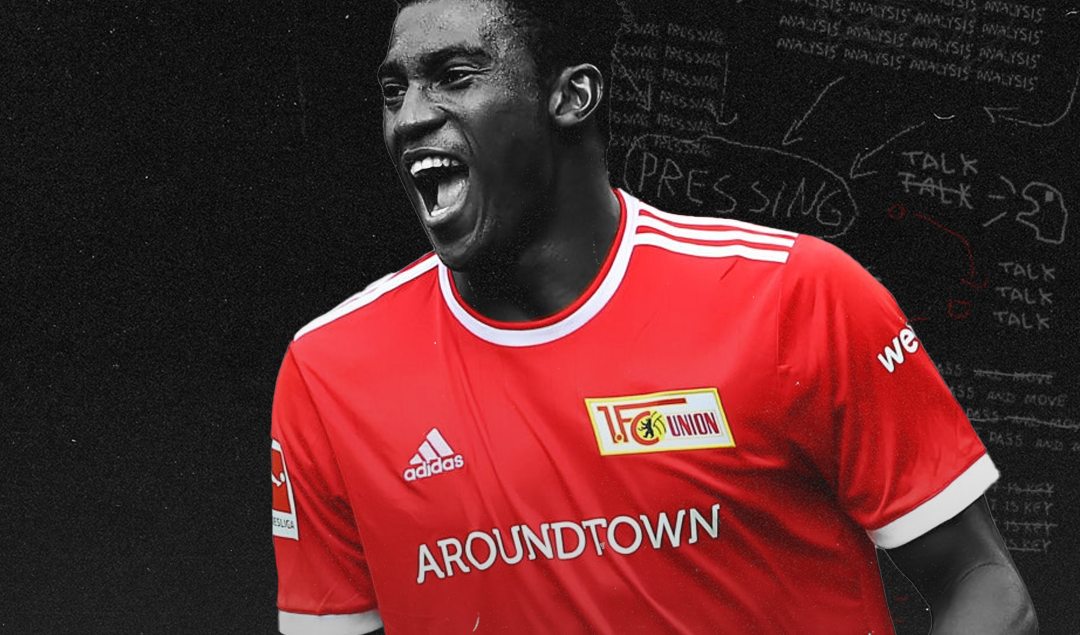 After two-and-a-half years of waiting, the Africa Cup of Nations is finally back. Players from all around the world, from clubs as far-reaching as China, Russia, Cyprus and Azerbaijan, will jet off to Cameroon for the opening month of the year with a chance to represent their home country and lead them to the Final in Yaoundé on February 6.

One league that certainly has no shortage of representation in the 2021 Africa Cup of Nations is the Bundesliga. As the German top-flight gets back underway following the Christmas break, various teams will be without key players who are making the trip for the annual tournament.

From the host nation, both Pierre Kunde (Mainz) and Jérôme Onguéné (Stuttgart) have enjoyed stints in the Bundesliga, but the sole player who is currently plying his trade in German football is Eric Maxim Choupo-Moting.

Born in Hamburg to a German mother and a Cameroonian father, Choupo-Moting played for Germany’s youth team before switching over to Les Lions Indomptables in 2010 and has scored 17 goals in 60 appearances. Having passed up on the chance to play in the 2017 AFCON and missed out on the trophy, he’ll be looking to lead Cameroon back to silverware this time around.

Choupo-Moting’s Bayern teammate Bouna Sarr will also be looking to make up for lost time and lead Senegal to their second-straight final. Born in Lyon, France to a Guinean mother and a Senegalese father, Sarr turned down approaches from both countries before eventually accepting an offer from Senegal in September.

After losing in the Final in 2002 and 2019, Senegal will be hoping that Sarr can provide them with an additional boost to make it across the finish line.

Ironically, alongside Zimbabwe and Malawi, one of Sarr’s opponents in the group stage will be Guinea. It wasn’t long ago that Liverpool midfielder Naby Keïta was viewed as one of the brightest young midfield talents in football, and now, Ilaix Moriba could be following a similar pattern.

Both players were born in the capital city of Conakry, and both players joined RB Leipzig at a fairly young age, with Moriba leaving FC Barcelona in the summer and arriving at the German side for an initial fee of €16 million. Between those two and Amadou Diawara, the Syli Nationale could have one of the deadliest midfield assortments in the tournament.

There is no shortage of Bundesliga players who will be representing North African nations, such as Wolfsburg’s Egyptian forward Omar Marmoush (on loan at Stuttgart) or Borussia Mönchengladbach’s Algerian left back Ramy Bensebaïni, but one player to keep an eye on is Ellyes Skhiri.

The Tunisian midfielder has been selected as his country’s player of the year, and it’s easy to see why. He’s crucial to Tunisia and Cologne’s capacity to build out from the back, intense and aggressive in ground duels, and isn’t afraid to shoot it from range either.

After narrowly missing out on the 2019 Final due to a sumptuous Riyad Mahrez free-kick, Nigeria head into this tournament in a state of confusion, with long-time manager Gernot Rohr gone, José Peseiro set to take over after the tournament, and Augustine Eguavoen in charge on an interim basis.

With so many key players out, the pressure will be mounted on Taiwo Awoniyi to step up. The ex Liverpool man has thrived since joining Union Berlin this past summer, with an astonishing 14 goals and 3 assists, and his mobile, physical presence could blend nicely with a differing profile such as Kelechi Iheanacho or Samuel Chukwueze.

Having failed to make it to the quarterfinals stage since 2013, Mali could very well be one of the dark horses of this year’s tournament. Les Aigles’ squad is filled with talented players such as Rennes captain Hamari Traoré, Southampton winger Moussa Djenepo and Al Ahly midfielder Aliou Dieng.

In terms of Bundesliga players, though, Amadou Haidara and Diadie Samassékou are without a doubt two midfielders to keep an eye on. Both started out at the capital city of Bamako before moving to Red Bull Salzburg at an early age, impressing in the club’s run to the 2017/18 UEFA Europa League semifinals.

This eventually would see both players earn big moves, with Samassékou heading to Hoffenheim and Haidara joining RB Leipzig. If they can lead Mali to a deep run, don’t be surprised to see Premier League clubs turning their attention to the midfield duo in the summer of 2022.

After winning the 2015 edition, the Ivory Coast have crashed out of the group stage in 2017 before losing to eventual champions Algeria in the quarterfinals in 2019. They nevertheless have one of the most stacked squads in the entire tournament, and one player who could play a key role for them is Odilon Kossounou, who since joining Bayer Leverkusen in the summer for €23 million, has become a revelation in defense.

Another Leverkusen defender who’ll no doubt be playing a major role is Edmond Tapsoba. The 22-year-old has impressed in Portugal and Germany since leaving his home country of Burkina Faso, and with a stellar passing range and an ability to time his jumps well, he will be crucial in leading Les Étalons to a surprise run in a similar ilk to that of 2017.