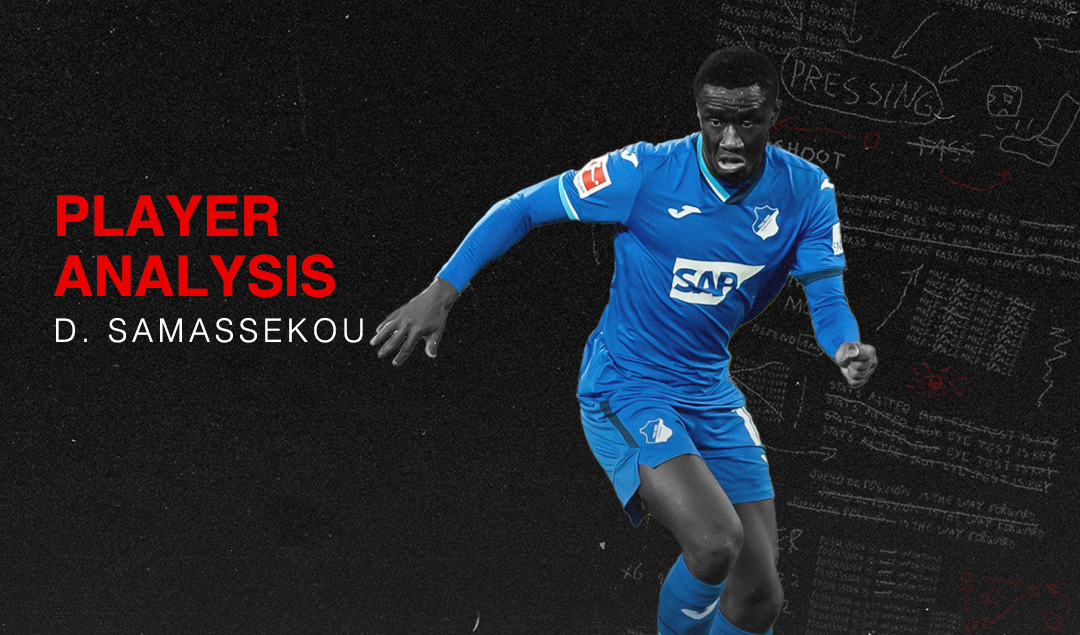 For most casual fans, African football is a mystery. Club competition is underfunded and marred by corruption, whilst international tournaments like the African Cup of Nations rarely receive the same exposure as their European or South American counterparts.

Whilst the Black Stars of Ghana stole the hearts of football fans with their inspiring performance on African soil at the 2010 World Cup, the damming fact remains that in 44 tournament appearances no CAF side has ventured past the Quarter-Finals. Yet emerging from the West of the continent, in a nation yet to leave any footprint on the biggest world stage, is one of the gleaming hopes of future international success: Mali.

Though ‘The Eagles’ have never qualified for a World Cup, it is their Under-20s performance that has sparked such fervent enthusiasm for Mali’s hopes of success in the near future. Having failed to qualify for the youth World Championships since 1999, few expected much from the Young Eagles when they finally entered the stage again in 2015. But 21 days after their tournament began with an impressive 2-0 victory over Mexico, Mali would go on to a third-place finish, shocking the world with their explosive attacking football.

Along the way, Mali would dispatch of fellow African giants Ghana, and Senegal, as well as a talent-packed German side where the likes of Julian Brandt, and Julian Weigl showed glimpses of their phenomenal potential. It was only an extra-time semi-final defeat to eventual winners Serbia which would see Mali fly out of the competition, although few could sense any signs of despair when 3 days later the nation vehemently celebrated its youngsters bronze medal victory.

Off the back of their performance, numerous players would get the break into European football which they had so desperately longed for. The tournament’s best player, Adama Traoré, would go on to become a €14 million transfer to Monaco later that summer, whilst a handful of others swapped humble accommodations at their local clubs in Mali for professional European powers.

One of those was Diadié Samassékou, an all-action midfielder whose stamina and tackling helped facilitate Mali’s flourishing attack. His engine and physical prowess were spotted by Red Bull Salzburg, and on the 17th of August 2015, Diadié Samassékou was announced as a new addition to Salzburg’s development team, FC Liefering in the Austrian second division.

There in the mountainous region of Salzburg, almost 4000 km away from his humble home in Mali’s capital city of Bamako, Samassékou blossomed. Over his 4 years in Austria, Samassékou would establish himself as an integral figure in the first team, winning 3 successive league titles, 2 Austrian cups, and even qualifying for the clubs’ first ever Champions League campaign.

Whilst the likes of Adama Traoré have slowly faded since their breakout performance in 2015, Samassékou has manifested the early promise he showed on the international stage, now headlining a young generation of Malian footballers who have qualified for this upcoming African Cup of Nations as one of the dark horses to take home the title.

Since that 2015 performance which put Mali on the footballing map, dozens of younger players from The Eagles have followed in Samassékou’s footsteps. A total of 9 Malian footballers have taken the step to RB Salzburg over the past 6 years, with fellow midfielder Amadou Haidara now a regular for RB Leipzig at the pinnacle of the Bundesliga, whilst 22-year-old Sékou Koïta is contributing at a staggering rate of a goal or assist every 93 minutes for Red Bull Salzburg.

Though The Eagles may never be able to replicate their 2015 Bronze Medal on the full international stage, the signs of a brighter future on the football pitch are there for Mali, and a place at the 2022 FIFA World Cup is well within their grasp thanks to a treasure trove of talents ranging from Samassékou, Cheick Doucouré, Koïta and Aliou Dieng.

It is the 10th of August 2019, and RB Salzburg have just beaten Wolfsberger AC to begin their domestic campaign with three victories on the bounce. Samassékou, now an irreplaceable figure at the heart of midfield, has displayed another excellent performance, yet what nobody expected was that this would be his last.

Just 4 days later, it was announced that the Malian midfielder would be swapping Bundesligas, leaving the Austrian Champions for European aspirants TSG Hoffenheim in the German topflight. Whilst the RB Salzburg fans were disheartened to see such a key player leave, this was a club who was used to being a stepping board for its young stars, and Samassékou would be just the first in an outgoings list dominated by Erling Haaland and Takumi Minamino’s departures later that season.

At Hoffenheim, Samassékou would no longer be nailed on for domestic titles and sweeping victories, but rather in a setup determined to compete in the top 6 of the Bundesliga on a sustainable budget. Following the departure of the club’s groundbreaking manager Julian Nagelsmann to RB Leipzig, and more than €110.0m profits from the sale of 4 nailed on starters, change was rife at the Rhein-Neckar-Arena in the summer of 2019.

Yet this would be a side built around the same foundations which Nagelsmann had instilled, built around demanding pressing football, and quick vertical passing when possession was won. This unique style had allowed Hoffenheim to establish themselves as a top 10 side over recent years, competing with the more established names in German football who operated with far greater budgets.

In short, Hoffenheim was centered around the Red Bull Footballing philosophies, therefore tailor-made for a player of Samassékou’s quality, and schooling, to come in and impact the side. As such, the Malian international was expected to play an immediate role in Hoffenheim’s quest to return to Europe, however after just a couple of short cameos from the bench to get him integrated into the squad, disaster struck.

Perhaps it was due to all the sudden changes, or just a bit of misfortune, but in early September, Samassékou would endure a lengthy muscle strain, one which would end up sidelining him for 52 days and 6 Bundesliga fixtures. Whilst there is never a good time to sustain such a debilitating injury, in the first few weeks at a club when you’re looking to build relationships with teammates, and come to grips with the demands of the coaching staff, such a sudden halt can leave lasting impacts to a player’s ability to assimilate to their new surroundings.

This proved the case following Samassékou’s return, where a collection of poor performances led to many fans sensing that the step up from the Austrian topflight to the German Bundesliga had been too far for a player seemingly out of his depth.

His defensive work rate and tenacity could never be questioned, however, he often came across as uncontrolled and cynical with his tackling, leading to needless yellow cards which would see him subbed off the pitch early as a sending off loomed. Whilst his ability to shield the backline remained a strength, in Hoffenheim more individual inspiration was needed from the midfielder in attacking phases.

Unlike Salzburg, Hoffenheim did not have the dominance over domestic opposition to regularly outscore sides by 3 or 4 goals with just the input of the front line. Die Kraichgauer needed attacking incentives from players all across the pitch, and Samassékou’s lack of creative or goal-scoring threat became one of the leading causes why he was often first to be subbed off when trailing or shunned to come on the pitch when Hoffenheim searched for an equalizer.

Following a 6-0 defeat to FC Bayern in late February, a match which came after the side had picked up just one point in their previous three matches, all hopes of European football had seemingly disappeared from Rhein-Neckar-Arena, and any remaining optimism around the big summer signing of Samassékou was following closely along with it.

‘The DFL has suspended the Bundesliga with immediate effect’. That was the news that shook German football on March 13th, leading to 65 days without a single ball being rolled in the German topflight. For most fans, players, and clubs this was a disheartening time of indoor workouts and seeping motivation. However, for Samassékou, this presented the perfect opportunity to kick start a floundering campaign.

Finally offered the respite to work on assimilating himself with the coaches instructions, and fine-tune the little weaknesses in his decision-making, once the go-ahead was given for the campaign to kick on, Samassékou was ready to deliver on the promise he had shown when Hoffenheim dished out €14.m on his signature just months earlier.

Despite a small muscular tweak that signaled the disheartening deja vu of his lengthy injury through September, Samassékou would go on to start in 6 of Hoffenheim’s final 7 matches. This run would include an impressive record of 5 wins, 1 draw, and 1 loss, allowing Die Kraichgauer to slip into a Europa League spot with a 4-0 victory over Borussia Dortmund on the final matchday in which Samassékou was imperious.

Whilst the Malian’s own performances had been key to turning the tide on his career in Germany, the way Hoffenheim had used the stoppage in play to revamp their use of Samassékou proved equally important to both the player and club’s impressive form post-restart. Whereas earlier in the season Samassékou had been primarily used as a shuttling midfielder, in the final matches of the 19/20 season, Hoffenheim positioned him at the base of the midfield.

This allowed Die Kraichgauer to enjoy the full extent of Samassékou’s defensive capabilities, without forfeiting the side’s creative game up top. By positioning him as a true defensive midfielder, Hoffenheim were able to bring two more creative midfielders in ahead of him, allowing them to primarily focus on the attacking side of the game, in the knowledge that Samassékou would be able to do the work of two men against the ball.

Though a new manager in Sebastian Hoeneß has come in over the summer, Samassékou’s role at the TSG has only been elevated this season, starting 27 of the 28 matches he has been fit for in the league. Hoeneß has also continued with Samassékou in the deepest role in midfield, either as the holding figure in front of a back five or as the more defensive partner in a double pivot.

What Hoffenheim have found in Samassékou is a player adept at certain aspects of the game; breaking up possession at an unrivaled rate, and capable of covering enough ground defensively to allow Die Kraichgauer to put a more attacking side around him. Though Samassékou isn’t gifted with an impressive attacking sense, or goal-scoring threat, the safety he breathes into the side from a deep role means more creative elements are able to be applied around him, without giving up the side’s defensive fortitude.

At 25 years old, it is unlikely Samassékou will ever truly make the jump to an elite club. However, for the Malian national team on the verge of international success, and for the TSG Hoffenheim who remain in contention for European football, Diadié Samassékou is an irreplaceable figure.