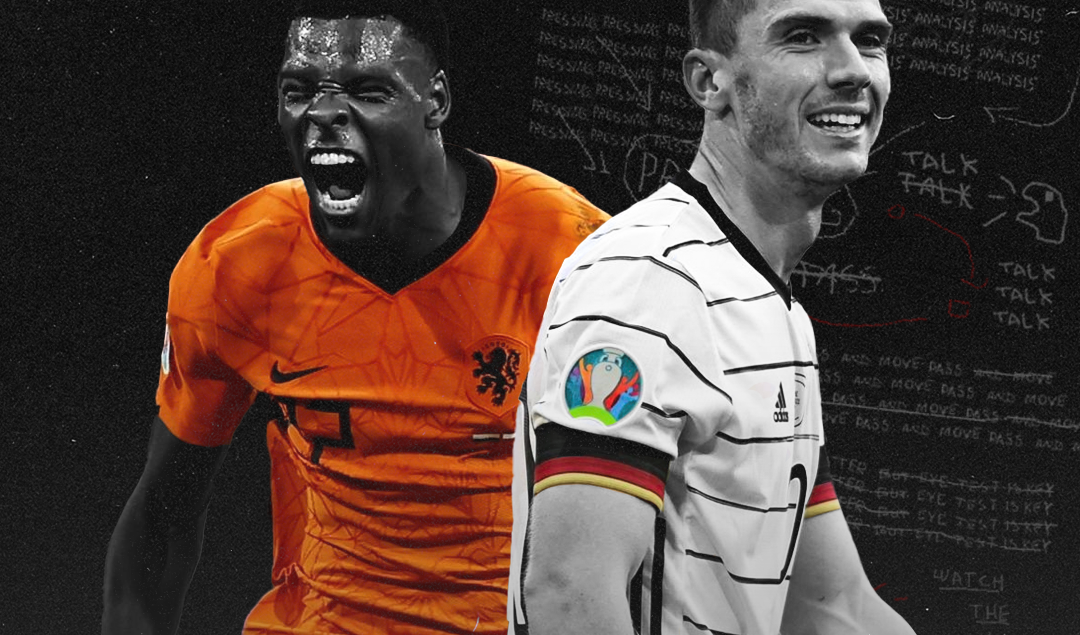 48 games down, three spots in the knockout stages filled, and 13 still up for grabs; how did things play out in matchweek two of the delayed 2020 European Championships?

Italy seem to be making a habit of winning 3-0 with complete ease as they continue to assert their dominance on not just this group, but the entire tournament. Manuel Locatelli displayed just why Europe’s top clubs are vying for his signature with a brace and an all-round excellent showing alongside Jorginho and Nicolo Barella at the heart of Roberto Mancini’s side.m whilst Ciro Immobile bagged for a second game in a row.

Their victims this time were Switzerland, and without a firing Haris Seferovic, Italy made their opponents look fairly toothless; the Swiss will need to be far more threatening against an out-of-form Turkey side if they want to progress.

In the other game in the group, Robert Page’s Wales side finally showed what they’re made of with an impressive victory over Turkey. The Gareth Bale-Aaron Ramsey international connection paid dividends once more, and with Bale finding some form, despite a woeful penalty miss, they look set to reach the last-16.

As for Turkey, the so-called ‘dark horses’ of the tournament have arguably been the biggest disappointment. Hakan Calhanoglu failed to produce on the big stage once more, and although their defence was rock solid in qualifying, cracks have most certainly appeared in that structure now. With zero points collected so far, they’ll need to beat Switzerland and hope for a miracle to qualify.

After missing the first game-and-a-half through injury, Kevin de Bruyne put on a footballing masterclass off the bench against Denmark as he helped Belgium to fight back from 1-0 down, to take home all three points and secure their place in the next round.

The Manchester City midfielder had been sidelined since his Champions League final injury, but with Roberto Martinez’s side unable to penetrate a rigid Denmark backline, he turned to De Bruyne to turn the game on its head. And that’s exactly what he did. One sumptuous assist and a thunderstrike of a finish later, Belgium were in the lead, and it was all thanks to a very special player.

It was a far from convincing display from Martinez’s men, but if De Bruyne is on form, they have every chance of winning this tournament. Denmark will count themselves unlucky in all honesty; they took 21 shots to Belgium’s eight, and although they had less possession, they looked far more threatening, and would’ve secured victory if it wasn’t for De Bruyne. They face Russia in the final game, needing a win to stay in the tournament.

As for Russia, they took home three points against Finland in a fairly nothing affair. Atalanta’s Aleksei Miranchuk showed just why he plays for Gian Piero Gasperini’s side at club level with a delicious and delicate finish, whilst Finland offered little. Both sides are now on three points, but with Finland likely to lose against Belgium, and Denmark favourites against Russia, three sides in Group B could finish on three points. Who will qualify? We’ll find out on Monday.

The Netherlands ensured they were the third team safely through to the knockout stages with a comfortable 2-0 win over Austria. Goals from Memphis Depay and Denzel Dumfries were enough to beat the David Alaba-led side, and although it’s far from their best generation, they could go far in this competition. In theory, they should have an easy run to the semi-finals, and with the flying Dumfries reborn in his right wing-back slot, they’re certainly threatening on the break.

Despite a win over North Macedonia in the first game, Austria looked lacklustre, and their game against Ukraine will decide who progresses through in second place, and who will hope to be one of the best third placed teams. Ukraine themselves were classy against North Macedonia, and with Andriy Yarmolenko, Ruslan Malinovskyi and Roman Yaremchuk, they have a formidable front three that should guide them into the next round.

As the lowest-ranked side in the tournament, nobody gave North Macedonia a chance, but with two fairly narrow defeats, they’ve more than held their own, and will be given a free hit against the Netherlands in their final group game.

In circumstances that many would’ve deemed almost impossible, it’s the Czech Republic who lead Group D after two rounds of fixtures. Although it was a dubious penalty decision that meant they picked up a point against Croatia, it’s fair to say that they deserve to be topping this group.

Croatia were poor in their opening game, and against Czech Republic, they again failed to create many clear-cut opportunities. Ante Rebic simply isn’t a number nine, and although Josip Brekalo was an exciting addition to the starting XI, he never had much help.

They go into the final game against Scotland in desperate need of a win. As for Scotland, they were the better side against England and deserved to win. Billy Gilmour won yet another man of the match award on his debut in a new competition, and their regimented structure proved impenetrable. They do, however, need to score, which has proven a problem so far this tournament. In fact, they are one of only two teams who have failed to find the back of the net yet. The other is Turkey.

Gareth Southgate will be expecting England to bounce back against Czech Republic, but he himself was unable to gain a tactical edge on Steve Clarke. Raheem Sterling did nothing, and Jack Grealish’s introduction came far too late. It was telling that England’s best player on the night was probably Reece James at right-back; another performance that failed to impress from the Three Lions. Czech Republic vs England will decide the group winner.

All you need to know about Group E is that every team can still top the group, it’s that tight. Poland will need to beat Sweden comfortably and hope Slovakia vs Spain is a draw for them to finish first, but it’s still possible.  In the second round of fixtures, Spain were held to yet another draw, this time to the aforementioned Poland.

Alvaro Morata’s clever movement and finish was cancelled out by a trademark Robert Lewandowski header, but Spain should’ve won again. It was the exact same story as in the first game, Spain simply weren’t clinical enough. They had 76% possession and took 12 shots to Poland’s five, but were unable to make this dominance count. With two points from their first two games, they really need to beat Slovakia, or hope that three draws is enough, just as it was for Portugal in Euro 2016.

Slovakia will come into that game off the back of a 1-0 defeat to Sweden, in a match that could’ve gone either way. As favourites to finish bottom, Slovakia have impressed with their fluidity in attack, and they’ll need to be at their counter-attacking best against Luis Enrique’s Spanish side. Sweden will secure top spot in the group with victory over Poland, and with Alexander Isak announcing himself on the European stage, they’ll be confident of achieving this.

Germany have arrived ladies and gentlemen. In a dominant display akin to 2014, Germany quite frankly tore Portugal to shreds in their 4-2 win. Robin Gosens and Joshua Kimmich were almost unplayable, and with Kai Havertz causing Ruben Dias nightmares, they were able to cruise to victory. After impressing without scoring against France, they found their shooting boots and although two of Germany’s goals were scored by Portugeuse defenders, they were good value for the win.

After taking a while to break down Hungary, losing against Joachim Low’s side, and facing France in their final game, Fernando Santos will be worried. The double pivot of William Carvalho and Danilo Pereira unsurprisingly didn’t work, and Renato Sanches’ omission looks more and more puzzling as the days go on. He adds drive, power and technical proficiency to that midfield that the two defensive midfielders simply don’t and it’s what they’ll need against France. With three points in the bag, they may need a point, or more, just to qualify.

Speaking of France, the favourites were held to a 1-1 draw with Hungary in Budapest. With the backing of a home crowd behind them, Hungary were spurred on from the get-go, and were able to keep France at bay for much of the tie. Kylian Mbappe was given much space in behind, and they often looked bereft of creative ideas. It took a punt downfield from Hugo Lloris to secure a point, and although four points should be enough to qualify, Didier Deschamps will want a reaction against Portugal, or doubts about their credentials with start creeping in.

As for who tops the group, that’s all to play for.