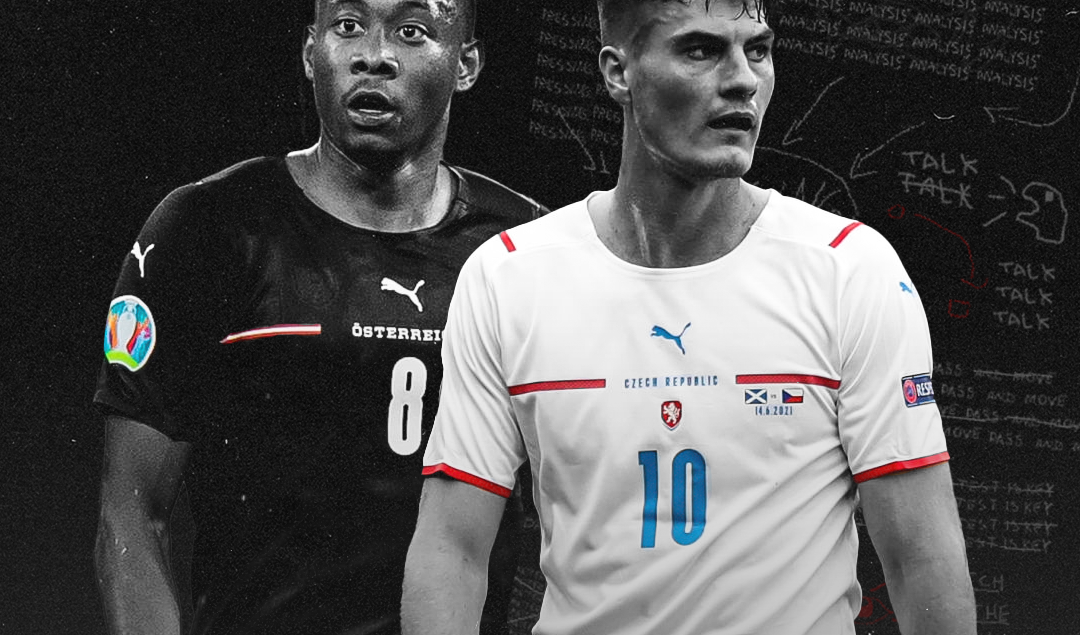 The sun is shining, summer is here, and the European Championships are in full flow, what more could you ask for? With the first round of fixtures at the delayed Euro 2020 out the way, here at Breaking the Lines, we thought we’d analyse who’s impressed from the get-go, and who will need to get out of first gear if they want to qualify for the knockout stages.

As usual, Group A kicked things off on Friday night, and fans at the Stadio Olimpico were handed a treat. With a 3-0 over Turkey, Italy cruised to the top of Group A in classy fashion. The midfield three of Jorginho, Manuel Locatelli and Nicolo Barella unsurprisingly worked a treat and Turkey, many people’s underdogs, were run ragged by Roberto Mancini’s men.

With 63% possession against the Turks, it was Jorginho’s ball retention and reading of the game, Locatelli’s ball progression, and Barella’s immense energy that kept Italy in total control. Leonardo Spinazzola put in the performance of a lifetime as he overlapped Lorenzo Insigne like no tomorrow, allowing the 5ft4 Napoli wideman to cut inside to devastating effect. If Italy continue to assert their dominance, they won’t just win Group A, but they could win the entire thing.

As for Turkey, they were extremely disappointing. Burak Yilmaz entered the game off the back of scoring 16 times to fire Lille to the Ligue 1 trophy, but he was unable to escape from Giorgio Chiellini’s shackles. Furthermore, the defence that had been so rigid in qualifying for the tournament was torn apart by Italy’s fluid movement.

In fact, the three goals they conceded against Italy is the same number as they conceded in the entire qualifying campaign, and that was with France in their group. Worrying times for Senol Gunes, who will need his side to turn up when they face Wales on Wednesday evening.

As for Wales, they picked up a 1-1 draw with Switzerland thanks to Kieffer Moore’s late equaliser. The Cardiff City hitman bagged 20 goals in the Championship last term, and has carried that form into the tournament. If Robert Page’s side are to progress, it’ll need to continue.

Switzerland will travel to Rome to face group leaders Italy, frustrated they weren’t able to pick up three points in the opening game. Breel Embolo turned on the style in the second half against Page’s team, and he looks as though he could be rediscovering the form that encouraged Schalke to pay nearly £24m to sign him from Basel back in 2016. His pace on the counterattack will be vital if the Swiss want to take anything from the game against Mancini’s men.

To the surprise of absolutely nobody, Belgium took a commanding lead in Group B with a 3-0 trouncing of Russia. The Russians may have gone far in their home World Cup, but the squad is ageing, and Romelu Lukaku and co played them off the park. The Inter hitman bagged twice and is joint top scorer in the tournament so far. This performance came with Kevin de Bruyne absent completely and Eden Hazard only appearing off the bench, so the Belgians could be even more dangerous when those two are fully fit.

In the other game, the result mattered little given the context. To the relief of everyone across the world, Christian Eriksen is stable in hospital, and the Danish medical team, as well as captain Simon Kjaer and referee Anthony Taylor, deserve immense praise. It was Finland, however, who took victory in that tie, and Denmark will be looking to bounce back and upset Belgium.

Without Eriksen, they may struggle to break an ageing Belgium defence down, but with the spirit of the Inter playmaker behind them, they may be able to spring a surprise. Finland looked well-drilled against the Danes, and with Teemu Pukki’s pace up top, they could cause that Russian backline serious problems.

Russia, on the other hand, really need to pick up a win against Finland to give themselves a chance of qualifying. They were lacklustre against Roberto Martinez’s Belgium, and will need to provide far more service for Artem Dzyuba. Alexandr Golovin will likely have to be that man, so expect big things from the Monaco midfielder if Russia manage to get through this group.

Onto perhaps the most interesting group, it’s Group C. It produced the best game of the tournament so far, and saw North Macedonia put up a spirited fight against Austria, so this is certainly one to keep an eye on.

Leading by example, David Alaba put in a masterclass for Austria, and they seem to finally have found a role for him in the national team. With Marcel Sabitzer producing the goods further forward, Alaba was able to dictate from deep, and other than the calamitous defensive errors that led to Goran Pandev’s goal, North Macedonia never really troubled. With Enis Bardhi of Levante and Eljif Elmas of Napoli in midfield, they’ll have to assert themselves more in the centre of the park against Ukraine.

The Dutch were uncharacteristically poor defensively, and without both Virgil van Dijk and Matthijs de Ligt against Ukraine, it showed. They lack organisation at the back, but Frank de Boer won’t switch from this 3-5-2 system. Gini Wijnaldum looked free, as usual, in an orange shirt, and the little and large combination of Memphis Depay and Wout Weghorst could cause Austria plenty of problems. Whoever wins that one will surely top the group.

Arguably, all four teams were disappointing in the first set of fixtures. Czech Republic looked bereft of ideas in the attacking third, but a wonderful header and the goal of the tournament from Patrik Schick saved them from a draw against Scotland. The Scots themselves looked better, but Motherwell’s Stephen O’Donnell down the right offered little, as did Ryan Christie and Lyndon Dykes up top.

Billy Gilmour must have been sat on the bench praying to be brought on as the midfield looked sluggish despite possessing three Premier League players there. Against England, they’ll be desperate for a win, and that fighting spirit might just carry them through.

England on the other hand, picked up victory in the opening game of the European Championships for the first time ever, but were far from convincing against Croatia. It took a driving run from Kalvin Phillips and a neat finish from Raheem Sterling to take home three points, but Harry Kane’s performance, and the lack of creativity will be cause for concern for Gareth Southgate. Time to introduce Jack Grealish?

As for Croatia, they no longer look like the team that reached the World Cup final in 2018, and without a recognised striker, they lack a real goal-scoring threat. The Luka Modric-led side will need to beat Czech Republic or they could face a surprising early exit.

The favourites to finish bottom of this group are top, which tells you everything you need to know. Slovakia were energetic, determined and fully deserved the three points against a lacklustre Poland. Robert Lewandowksi was an isolated figure, and was given very little service to work off; without him firing, they never caused Slovakia many problems. Slovakia deserve immense credit however, and Robert Mak looked extremely dangerous down their left; keep a keen eye on him.

The Spain vs Sweden game proved that the age old saying that ‘possession doesn’t win you games’ is completely true. Luis Enrique’s side had a crazy 85% possession, and mustered an xG of 2.47, they were unable to find the back of the net. Alvaro Morata should’ve scored, but then again so should Sweden’s Marcus Berg, and although they dominated the game, Spain often didn’t look like scoring. Pedri was the standout man, and at just 18, he’s playing well beyond his years.

Sweden face Slovakia next in search of a win this year. If Slovakia are able to get anything out of the game you can’t help but think that they’ll be through to the knockout stages. Spain on the other hand need to take victory over Poland in their search for top spot.

Hungary 0-3 Portugal. The scoreline doesn’t always paint the whole picture, and in this case that’s certainly true. Hungary were able to limit Portugal for 80 minutes, and with France and Germany in the group, Fernando Santos will be wary that his side never clicked into place.

Cristiano Ronaldo scored his customary goals in a tournament, but his performance was far from convincing, and against Germany next time out, their front four will need to be on form. The Germans themselves were lacking in attack against France, and although they had 62% of the ball, it felt a lot like Spain against Sweden, all the ball, but nothing to show for it.

Kylian Mbappe displayed exactly why he’s the most exciting player on the planet to watch right now, with his electric pace constantly providing an outlet all night long. Mats Hummels was the unfortunate man on the night, but for the current world champions, France didn’t inspire.

Didier Deschamps is known for his defensive, counter-attacking football, and it’s what won them the World Cup in 2018, but with the talent at his disposal, they could be so dominant. Against Hungary you’d imagine their attack will be too great, but against Portugal, you’d imagine they’ll need to assert themselves more.

Round one and 12 games done and dusted, everything is still all to play for.