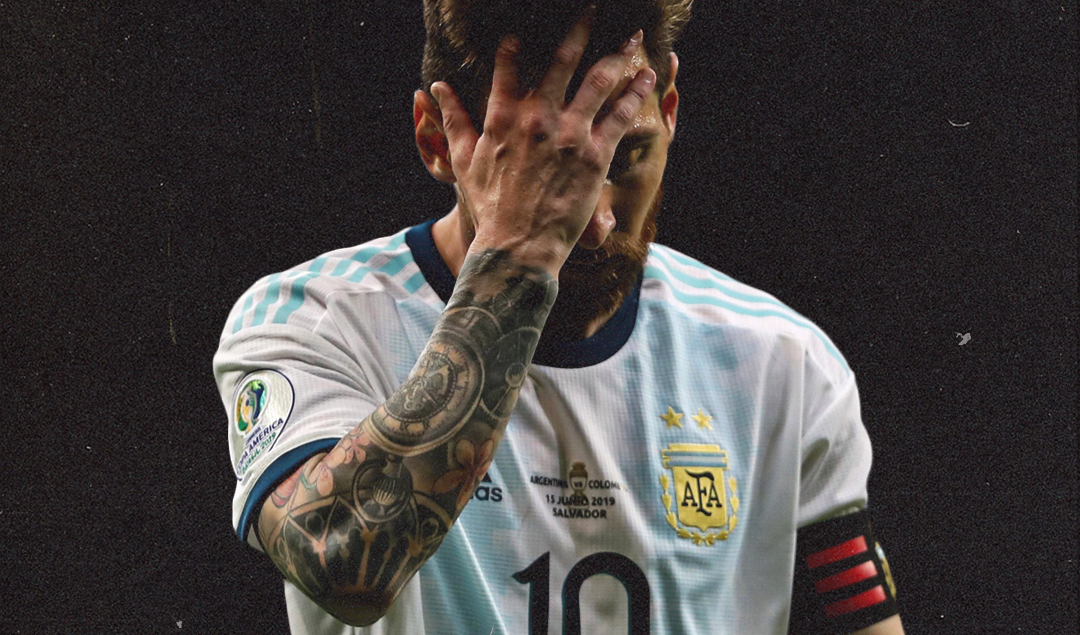 As it turns out, Argentina is the breeding ground for a lot of things. Tango (both the dance and the greatest ball of all-time), Gauchos, and world-class footballers. However, with Argentina’s conveyor belt of high-quality footballers comes an expectation that is often too much for the players to deliver when the World Cup comes around.

In this article, I will detail each of Argentina’s FIFA World Cup campaigns from 1990 onwards and how the passion and expectations from the stands has proved too much for Argentina’s footballing elite.

Before discussing the decline of La Albiceleste, it’s important to understand why Argentine supporters expect so much from their players when it comes to the World Cup.

Argentina’s first World Cup success came in 1978 after Mario Kempes scored twice in the final, beating the Netherlands 3-1 in the Estadio Monumental in front of an adoring home crowd. ‘El Matador’ scored six times during the 1978 World Cup, the second-most by an Argentine at a World Cup, and set the precedent of what an Argentine can do with the country on his back.

The Argentina faithful didn’t have to wait long before success came their way again, with their second triumph coming in 1986 in Mexico on the back of a certain Pibe de Oro. After establishing himself as a villain amongst England fans with two newspaper headline goals (both for different reasons), Diego Maradona went onto score a brace against Belgium in the semi-final to book Argentina’s place in the final.

They defeated West Germany 3-2 in the Final in Mexico City, with Jorge Burruchaga scoring a late winner to seal the game in Argentina’s favor. If Kempes created the blueprint, Maradona followed it and then improved on it.

Argentina’s two World Cup victories can largely be put down to one man taking the hopes and dreams of the nation on his back and getting to the summit. So why have Argentina consistently fallen short of World Cup glory since 1986?

Despite Argentina not being at their best in the 1990 World Cup, the reigning world champions managed to work their way through to a second consecutive World Cup final. This time, though, West Germany would avenge themselves, with Andreas Brehme’s 85th-minute penalty being the difference in Rome.

The 1994 World Cup was when things took a turn towards the Albiceleste’s gradual decline. That infamous image of bulging eyes and distorted face painted a tragic farewell for Maradona in an Argentina shirt. 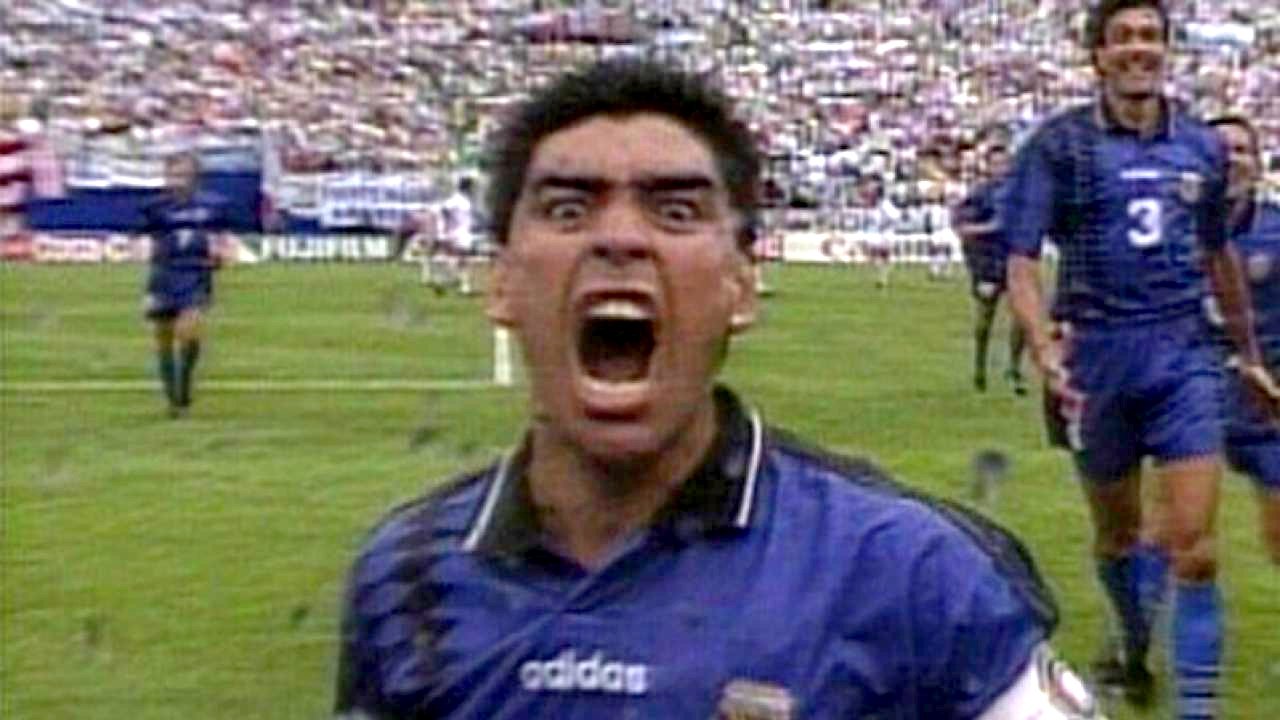 However, things weren’t all doom and gloom. A young striker by the name of Gabriel Batistuta would emerge onto the scene and take the helms of the Albiceleste from Maradona. He would go on to score 54 goals in 77 appearances for Argentina, before retiring from international duty after the 2002 World Cup.

The ‘Batigol’ phenomenon continued in France ’98, as Bastistuta’s five goals this tournament made him the highest-scoring Argentinian in World Cups (9). However, he could not follow in the footsteps of Kempes and Maradona, as Argentina were eliminated in the quarterfinals by a last-minute goal from Dennis Bergkamp. Argentines would be haunted the jubilant scream of Jack van Gelder for years to come.

The 1998 World Cup was Argentina’s first World Cup without Maradona since 1982, and a loss of a character that enormous was always going to be tough to take. Batistuta did his best on the goal-scoring front, and Argentina still possessed the likes of Diego Simeone and Javier Zanetti, but this marked the beginning of a new era but this was the beginning of a new era for the Albiceleste. The worst, nevertheless, would arrive four years later.

Going into the 2002 World Cup, the pressure to relive the glory days of ’78 and ’86 weighed heavily on the Argentina squad’s shoulders. Observer Sport Monthly wrote in 2002, “the weight of expectation is enormous. To add to this, there is the need for spiritual uplift from a nation in political turmoil.”

Marcelo Bielsa’s side headed into the tournament with an unbeaten streak that stretched back two years, and they got off to a strong start with a win in their first group stage match against Nigeria. Batistuta provided the sole goal, making him the first and only Argentine to score in three consecutive World Cups. But after that night in Ibaraki, Japan, Argentina’s misery unfolded.

David Beckham’s England enacted sweet revenge from four years prior, and Argentina’s draw against Sweden saw them eliminated from the World Cup group stages for the first time since 1962.

Following the embarrassment of 2002, Argentina, this time under José Pékerman, were back amongst the favourites. With a squad boasting the likes of Javier Mascherano, Esteban Cambiasso, and Juan Román Riquelme, Argentina had a team that dared their fans to dream big in Germany.

The tournament started brightly for them, with Pékerman’s side dispatching surprise package Ivory Coast in a 2-1 win and mauling Serbia & Montenegro by a 6-0 scoreline, the latter of which saw 18-year-old wonderkid Lionel Messi come on and score his first World Cup goal. A stalemate against Netherlands saw Argentina top their group, setting up a date with Mexico in the Round of 16.

The game against El Tri would stretch into extra time, before Maxi Rodríguez took matters into his own hands in the 98th minute. He controlled a cross-field switch onto his chest and volleyed the ball from outside the box past a stretching Oswaldo Sánchez. They booked their tickets for the quarterfinals, where they would face a familiar foe — Germany.

Once again, the tie went into extra time, but this time, it took for a penalty shootout to decide the outcome. The hosts were perfect from the spot, whilst Jens Lehmann denied both Julio Cruz and Cambiasso to send the Albiceleste home. It was Argentina’s first and only World Cup penalty shootout defeat at the time, having won their previous four.

Many Argentinians put the loss down to the absence of Messi; when Pékerman was forced to sub off a fatigued Riquelme, he sent on Cruz, rather than his teenage prodigy. La Pulga has not missed a World Cup match since, playing in Argentina’s past 16 matches.

For once, Argentina weren’t expected to win it all. The national side had been in shambles since 2006, and with Maradona at the helm, they were in for a circus ride off the pitch. They just barely qualified for South Africa, and the slimmer of hope they had was pinned on Messi, who, at 23, was quickly transforming into the best player in Europe.

Argentina had surprised everyone, including themselves, by winning all three group stage matches and defeating Mexico in the Round of 16 match in Johannesburg. Nevertheless, they were once again rendered powerless against the German machine, and were sent packing by Die Mannschaft in the quarterfinals for the second straight World Cup. The performance was far more one-sided this time, as Germany went on to win 4-0, dominating from the first minute to the final whistle.

Rather than living up to his manager’s feat from 24 years ago in Mexico, Messi failed to score a single goal in the tournament, raising concerns over whether he would ever be able to lead Argentina to the promised land.

The doubters were silenced four years later, as Messi’s magic took over the group stage, striking four times  to ensure that Argentina topped their group. Ángel Di María’s late winner against Switzerland sent Argentina to a third straight quarter-final appearance, but this time, Germany was on the other side of the bracket.

Instead, they were drawn against Belgium, and squeezed past them via an early goal from Gonzalo Higuaín. This set up a semi-final duel with Holland, and Argentina tasted sweet revenge for 1998 by defeating Louis van Gaal’s Oranje on penalties.

For the third straight tournament, Argentina faced off against Germany in an elimination game, but this time, in the Final. With Di María ruled out after tearing a thigh muscle against Belgium, Messi was expected to carry the load in attack and replicate Maradona’s feat in the Estadio Azteca 28 years prior. They came close, but missed chances from Messi, Higuaín, and Rodrigo Palacio proved costly, as Mario Götze’s extra-time volley clinched Germany’s fourth World Cup victory.

Going into 2018, there were far more doubters than believers for Argentina’s World Cup chances. The Albiceleste had barely squeezed past their qualifying group, requiring a Messi hat-trick in the playoff match against Ecuador to book their ticket to Russia. Jorge Sampaoli had failed to instill a concrete style in the year that he had been in charge, and several squad inclusions and exclusions raised eyebrows.

Argentina were headed for a group stage elimination until Marcos Rojo expertly guided a volley into the bottom corner of the net against Nigeria and sealed second place behind eventual runners-up Croatia. They faced off against the overwhelming favorites — Didier Deschamps’s France — in the Round of 16.

Les Bleus got off to a hot start, with teenage phenom Kylian Mbappé racing past Argentina’s midfield and defense, before being brought down for a penalty by Rojo. Antoine Griezmann converted from the spot to give France an early lead, but Di María equalized shortly before halftime with a beautiful curling shot past Hugo Lloris.

Argentina took an unexpected lead after Messi’s shot rebounded off Gabriel Mercado and into the goal, giving the Albiceleste their first jolt of optimism throughout the tournament. It didn’t last long before France tied it up, courtesy of a Benjamin Pavard screamer. Later on, Mbappé added two goals to put France in the driving seat; they would go on to win the tournament.

By the time the 2022 World Cup in Qatar rolls around, Messi will be 35 years old. It will, in all likelihood, be his last chance to win a World Cup and match Maradona’s heroics in Mexico City.

Shortly before the 2018 World Cup, Messi gave an interview where he stated, “The debt we owe is to ourselves; we don’t owe anybody else anything.” While that may be true, if he doesn’t retire with a World Cup, the burden of failing to live up to the Albiceleste faithful’s expectations — unrealistic or not — will weigh on his shoulders forever.