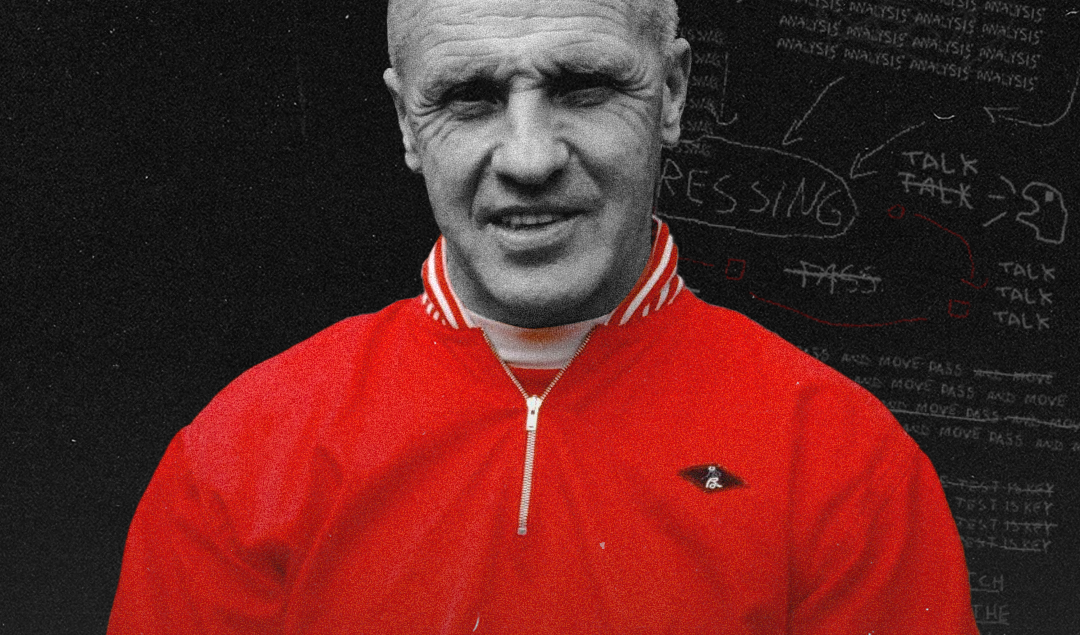 We all know the meme by now, every year on Boxing Day every football meme page and sports section of the tabloids post the same picture. When it first came about people genuinely shared it around to illustrate how much football had changed. Fast forward to a few years later and it has become a meme, much like people saying, “He’s 6ft4, you know”, when discussing Wout Weghorst.

But what exactly happened on that day? Here is a deeper look at all the results, put into context, with some tidbits about the state of the league and the teams sprinkled in between. So take a moment to imagine the state of the world and England in the year 1963. The first episode of Doctor Who had just aired a month ago; Britain was looking nervously towards the winter, hoping the big freeze of the last one would not repeat itself and John F. Kennedy had been assassinated a month ago.

Chelsea had just been promoted to the First Division and had a youthful team partly produced from their own academy. Manager Tommy Docherty’s setup included Barry Bridges and future England boss Terry Venables, who both got on the scoresheet, with Bridges registering a brace and Peter Houseman, Bert Murray and Venables chipping in goals for a victorious display at Stamford Bridge.

The Blues finished the season in an impressive fifth place and would go two spots higher in the next one. Blackpool entered the game just one place above the drop zone and despite the heavy defeat, they would finish the season in 18th position with Alan Ball’s goals dragging them up the table. A downward trajectory could not be reversed, which saw them relegated in the ’66-’67 season.

The United of back then were similar to the one we experienced over the past seasons, trying to rebuild after a period of excellence. Sadly, the lows were not caused by an iconic manager leaving, but by the Munich tragedy. The two teams had opposite trajectories, Burnley being crowned champions in 1960 and following that up with top-four finishes.

United, on the other hand, had only narrowly avoided relegation the previous season and had not recorded a top-six finish since 1960. Still, the Manchester team were considered favorites, being four points off the top and fielding players like Bobby Charlton, Denis Law and Nobby Stiles. After the humiliating defeat, an enraged Sir Matt Busby called up a 17-year-old George Best to the first team, cutting his family Christmas celebrations short. Two days later United beat Burnley with the Northern Irishman in the side.

This mad scoreline and the last place that Ipswich occupied at the end of the season might suggest they were perennial nobodies, but the team had been crowned champions just two seasons prior. The amazing work of Alf Ramsey meant that the FA snapped him up in April 1963 and the team’s fortunes, which were already looking bleak, turned even worse. Fulham were not having a better time in the First Division either, mid-table finishes being their highlight before getting relegated in the 1967–68 season. The result remains Fulham’s biggest win and the joint heaviest defeat suffered by Ipswich.

A scoreline that would seem much more normal in our days was quite a surprise back in the day. Everton were the reigning champions and would finish the season third, surrendering their crown to their fiercest rivals Liverpool. Leicester were no slouches either, the team nicknamed the Ice Kings were top of the league in the previous winter and would go on to win the League Cup at the end of the season. Everton would get their hands on some silverware of their own two years later in the FA Cup.

Under Bill Shankly, Liverpool was firmly on the path towards the powerhouse we know today. The 1962-63 season truly was a turning point with the numbers of supporters growing steadily and the Kop adopting their famous anthem. Despite a shaky start to the season, come Boxing Day, they were firm favorites for their clash against Stoke.

The Potters had just been promoted after manager Tony Waddington had enticed the 46-year-old Stanley Matthews back to the team a few years prior. Matthews was not in the starting line-up that day and he already was picking up injuries that were taking longer and longer to heal. Both clubs enjoyed stability and success in the following decade with Liverpool becoming a dominant force in English and European football.

This was the game that would have been considered the tightest affair on the day. Four points before kickoff, a difference that would remain the same after the referee had blown his final whistle, separated the two teams. At the end of the season, Forest and Sheffield finished 12th and 13th with two points between them. Both teams had been promoted at the end of the 50s with Forest winning the FA Cup in 1959. By this time they had surpassed Notts County as the most prominent team in the city, but due to mismanagement meant the team declined after ending the 1966-67 season as runners-up.

The Owls helped themselves to a win against Bolton, who were in the relegation zone come Christmas time finishing sixth at the end of the season. Bolton, despite winning the return leg by the same scoreline two days later, were relegated by one point. Bolton had not managed to turn their 1958 FA Cup win into a golden period for the club and Sheffield Wednesday suffered an equally tumultuous time during the 60s.

The 1961 First Division runners-up were rocked by the 1964 betting scandal, where three of the club’s players were convicted on accusations of match-fixing and betting against their own team. The beginning of the 70s saw both teams relegated; Wednesday to the Second Division and Bolton to the Third Division.

The current Tottenham team and board should take some inspiration from the famous 60s side if they are ever to dispel the Spursy myth. Guided by Bill Nicholson and with Jimmy Greaves up front the team had won the 1960 FA Cup final followed by a double in 1961, another FA Cup in 1962 and the European Cup Winners Cup in 1962-63 (becoming the first British team to win a European competition).

At the end of this season, they would finish fourth and would go on to lift the FA Cup again in ‘67. Their opponents, who were coming off high finishes at the end of the 50s, would remain consistent during the early part of the 60s finishing 10th in the 1963-64 season and going on to win the League Cup in ’66 and the FA Cup in ’68.

The heavy defeat at the hands of Blackburn came about just as West Ham’s glory days were about to begin. With future World Cup winners Bobby Moore in defense, Martin Peters in midfield and Geoff Hurst in attack West Ham were embarking on a run that would see them win that year’s FA Cup and next year’s European Cup Winner’s Cup. Blackburn had a completely opposite trajectory. After this astounding win they sat top of the table but ultimately finished the season in seventh spot. Sadly it would get much worse for them, the end of the 1966 season seeing them relegated and it would be 26 years before they returned to the top flight.

The last two teams on our list had a season to forget in 1963-64 with Villa finishing 19th and Wolves finishing 16th. The beginning of the decade saw Aston Villa win the League Cup in 1961 but also a decline that would ultimately end in relegation in 1966-67. Wolverhampton Wanderers were coming off a strong decade, whose end saw them crowned champions for the third time in six years and were FA Cup winners the season before Villa.

Similar to their opponents on Boxing Day, the following years were not kind to them spending two seasons in the second flight until the 1966-67 season ended in promotion. As a bonus to those of you who stuck to the end of this list I will list one more trophy that Wolves won in the sixties: the 1967 USA Cup, and yes you read that correctly. After their promotion was concluded, Wolves were invited to play in the US as the Los Angeles Wolves.

The Americans wanted to establish a professional soccer league but the always-eager consumerists did not want to wait for the teams to form organically and build their elevens through youth development and scouting and decided to invite European teams to play in an inaugural tournament.