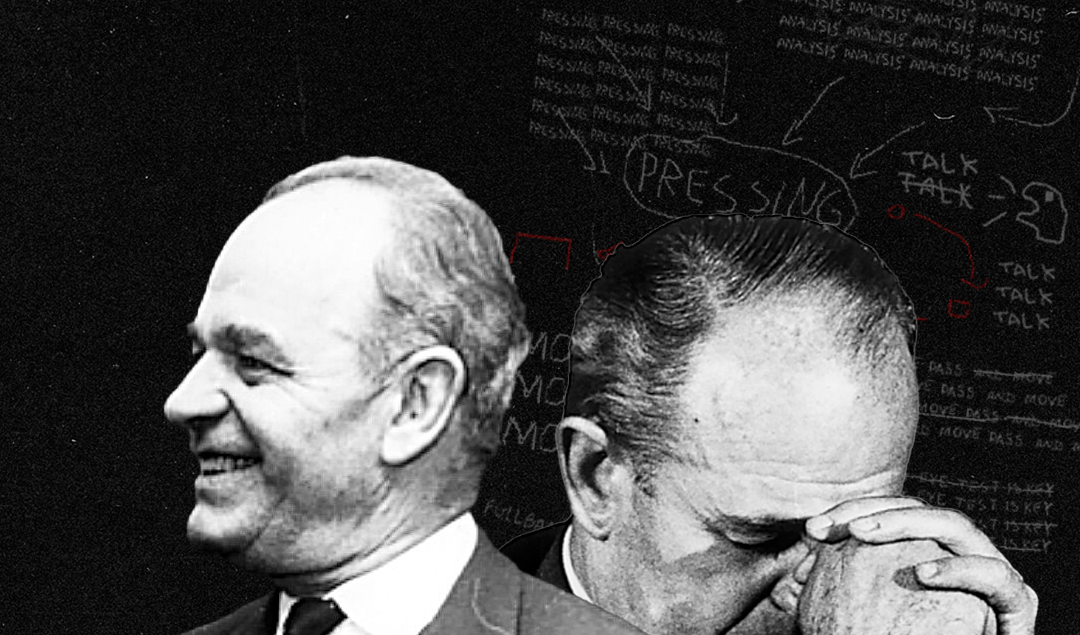 When the inaugural season of the Bundesliga ended in May 1964 with FC Koln winning the league, there were high hopes within the German Football Federation (DFB) the second season would go without a hitch. But the 1964-65 season would be engulfed in scandal that would affect Berlin’s football clubs and lead to a change that is still in place to this day.

Hertha Berlin would end the first Bundesliga in 14th, fortunate to avoid relegation as they finished a point above 15th placed Preußen Munster who joined FC Saarbrucken into the Regionalliga – West German football’s second tier. It was seen as disappointing for Hertha as they had brought in West Germany internationals Wolfgang Fahrian and Hans-Jürgen Sundermann.

The Fight to Make Hertha Berlin a Bundesliga Contender

As the 1964-65 season continued, Hertha Berlin muddled along and by January 1965 were just above the relegation zone. However, storm clouds began to occur above Hertha as a result of the club’s general meeting on February 15th 1965. When it came to the issue of breaking salary control rules, then club treasurer Günter Herzog said:

“In the interests of the club, I am not allowed to say everything; if I did, Hertha BSC would no longer exist.”

Such words would alert the DFB’s control committee who began an audit of the club. Much to their surprise, the audit showed there was a deficit of 192,000 marks unaccounted for. Such a figure was all the more striking when you factor in the strict rules the Bundesliga had on salary limits – a player’s basic wage ranged from 250-1,200 marks and bonuses were restricted to less than 250 marks per game.

As the investigation simmered during the spring, it came to light where the black hole had came from. As Herzog recollected to the Bundesliga website back in 2008: “In 1963 and 1964, we paid sums for the players Rühl, Fahrian, Klimaschefski and Sundermann that were not visible in the balance sheets.”

Hertha Berlin had good reason to break the rules. Berlin may be a wonderful city in the 21st Century, but in the 1960s it was a city locked between the United States and the Soviet Union during the Cold War.

As a result, players were less inclined to come to Berlin, preferring to play for Koln in the west or Bremen in the north. So, to circumvent such a barrier, Hertha enticed players to sign for them by paying way over what was allowed in fees and performance bonuses. Other clubs in the Bundesliga employed the same practice, but it was Hertha Berlin that would feel the wrath of the DFB.

Hertha BSC vs 1. FC Union Berlin: A Complex Overview of a Complex Derby

Despite Hertha Berlin yet again finishing the 1964-65 season in 14th, yet again a point above the relegation zone, on May 18th 1965 the DFB relegated them to the Regionalliga for illegal player payments. However, the DFB were faced with a problem.

Hertha had been the only Berlin-based club in the Bundesliga. Despite their relegation, the DFB wanted a Berlin side to be represented purely for political reasons. But as they looked at the results of the 1964-65 season in the Regionalliga, they soon found out things weren’t that simple.

Also in its second season, the Regionalliga was split into five regional divisions – Berlin, North, South, Southwest and West. The five divisional champions along with four runners up (not the runners up in the Regionalliga Berlin) then entered a playoff stage to decide the two clubs who would be promoted into the Bundesliga.

Tennis Borussia Berlin had finished top of the Regionalliga Berlin, but in the playoffs had finished bottom of their group behind Bayern Munich, FC Saarbrücken, and Alemannia Aachen. Realising it was not feasible to choose Tennis Borussia Berlin to be Berlin’s representative in the Bundesliga, the DFB looked to Spandauer SV who finished second in the Regionalliga Berlin. However, they refused the DFB’s offer of a place in the Bundesliga.

That forced the DFB to look at Tasmania Berlin, who finished 3rd in the Regionalliga Berlin and won it the previous season. They accepted the DFB’s offer of promotion to the Bundesliga. Yet this would elicit a furious response from Schalke and Karlsruher SC. Though relegated from the Bundesliga, both teams felt they had a better reason to replace Hertha Berlin instead of Tasmania Berlin for the 1965-66 season.

Facing an impasse, it was decided the Bundesliga would be expanded from 16 to 18 clubs for the 1965-66 season. Schalke and Karlsruher SC kept their Bundesliga spots while Tasmania Berlin replaced Hertha Berlin. Bayern Munich and Borussia Monchengladbach were promoted from the Regionalliga to the top flight and the Bundesliga would remain an 18 club league to this very day.

Tasmania Berlin would struggle badly in the 1965-66 season, finishing rock bottom with two wins, four draws and twenty-eight defeats. Their eight points is still the worst-ever season in Bundesliga history.

As for Hertha Berlin, they would only take a few years before winning back promotion into the top flight. However, the DFB’s response to the reasons behind Hertha’s road to relegation in 1965 was akin to kicking the can down the road, intermittently raising the limits on transfer fees and player salaries.

This would lead to a darker scandal that would ensnare several top-flight clubs in 1971….