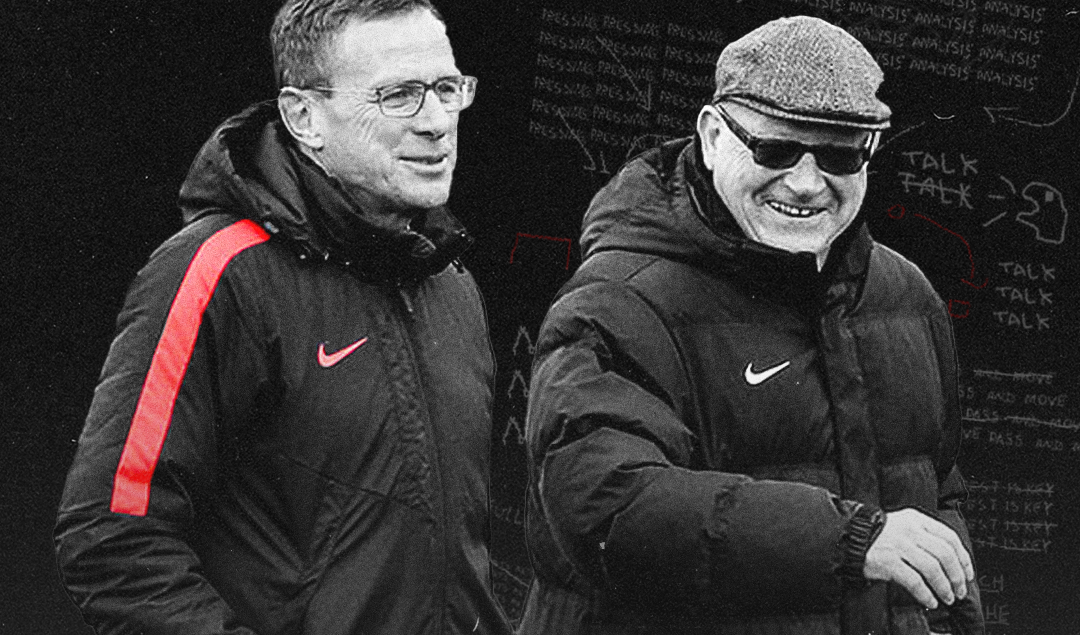 The late 1990s and early 2000s saw a period of struggle for the German national team. After winning the European Championships in 1996, the World Cup two years after that saw them fall in the quarter-finals, losing to debutants Croatia in France. The 3-0 embarrassment led to calls for change, but it didn’t arrive in time. Two years later, one point from three games meant that Germany finished bottom of their group at Euro 2000.

At the next World Cup, Die Mannschaft went all the way to the final, but their run was hardly convincing. Inspired by Oliver Kahn and helped with a few favourable results going their way, they overcame the likes of Saudi Arabia, Paraguay, the United States of America and South Korea on their way to losing the final to a Ronaldo-inspired Brazil. And by 2004, they were put out of their misery: once again, the Germans finished bottom of their group at the Euros.

Just a decade later, they were world champions having deservedly reached at least the semi-finals of every major international tournament since their horror show in Portugal. That was a fair reward for the tactical revolutions occurring in German football in the national team’s years of struggle. The biggest change was how more clubs and coaches opted to move away from the sweeper (or libero) system that had been so successful for Germany in the early ‘90s.

Coaches like Volker Finke at Freiburg and Wolfgang Frank at Mainz were employing a back four, and perhaps the most impressive of all was Ralf Rangnick at Ulm, who were in the third and second divisions of German football, before finding their way to the Bundesliga after Rangnick left. Backnang, the home of Rangnick, is a tiny town east of Stuttgart, and it was at that club where he and Helmut Groß, the man who he worked with on developing his back four and zonal marking strategies, were revolutionizing coaching and football in Germany. 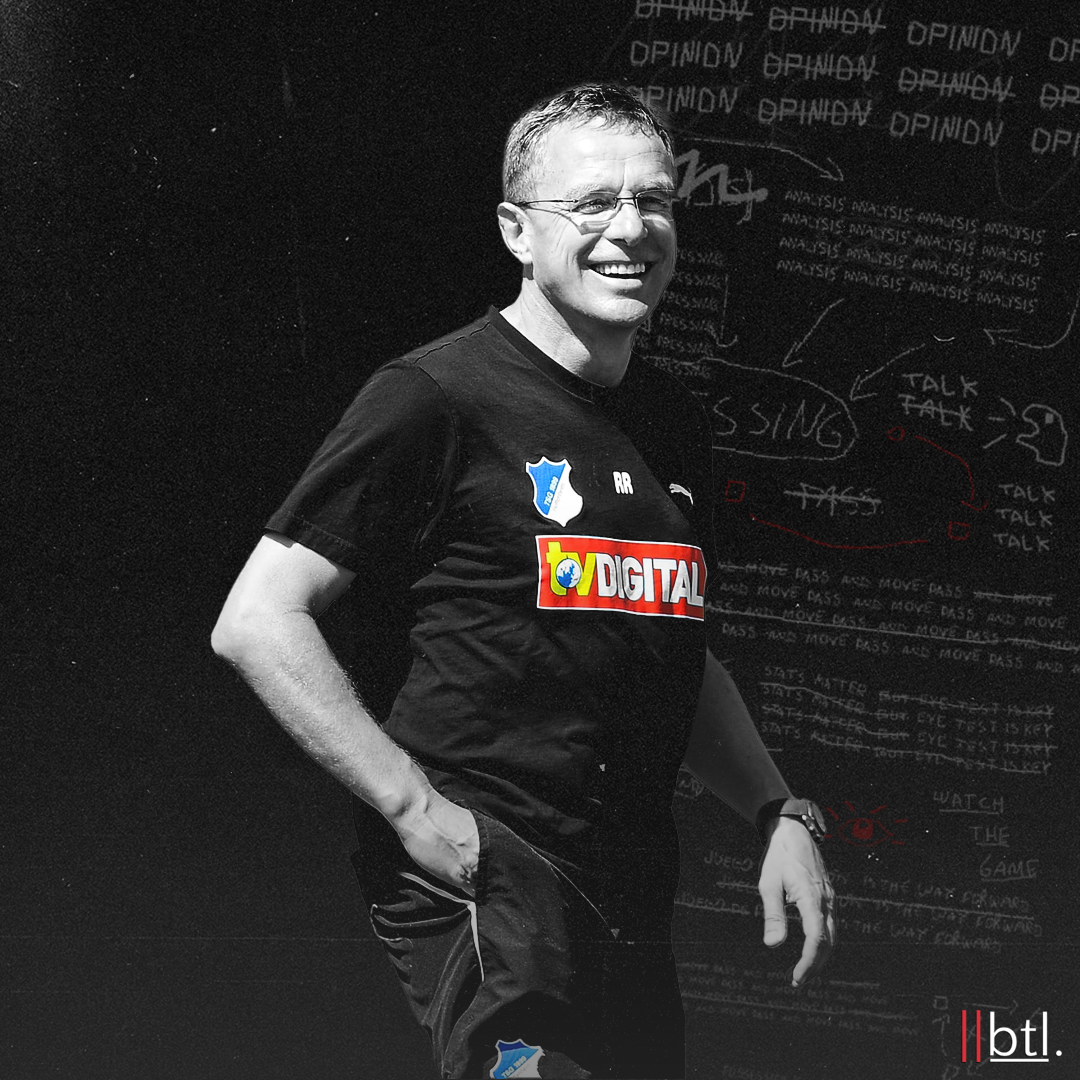 Groß, despite not being a name that was mentioned too often when speaking about the changes that occurred in German football, is a crucial figure. He may not be very well known outside Germany, but that is perhaps unsurprising. He was never a top-level head coach; instead, he focused on academy sides and laying the foundations for the future. His work not only inspired players but created a generation of coaches that clubs across Europe have touted for years. It could be said that if it wasn’t for Groß, Rangnick’s career might have played out differently.

Born in Geislingen in 1946, Groß played football at an amateur level and worked with local club FV Faurndau and SC Geislingen. It was at the latter where he was able to implement his ideas best: in 1981 when he took over, he introduced ball-oriented spatial coverage, or ballorientierte Raumdeckung, becoming the first club in Germany to employ the strategy.

At the time, German football was obsessed with the sweeper system, while looking elsewhere and before his time in Europe coaches like Ernst Happel and Gyula Lóránt were focused on spatial coverage rather than traditional man-marking. These were people Groß was inspired by.

“I think those head coaches that are interesting are the ones that looked outside of Germany,” Groß said to Jonathan Harding for his book, Mensch: Beyond the Cones about the need to look beyond his surroundings.

“In our time, we always learnt more from Arrigo Sacchi in Italy, Valeriy Lobanovskyi, and later the Spanish. And for a time, the French, who were European champions in 1984 with ball-oriented zonal marking.”

When he took over at Geislingen, he wanted to create something similar to the Dutch game. He liked how they played but felt it wouldn’t work in Germany unless it was tweaked. Based on Happel’s teams, by covering the area of where the ball is, the players can save more energy by not running around senselessly.

However, Groß felt this method had a few flaws. He wanted his teams to convert that saved energy into aggressive pressing to keep their opponents under constant pressure. Happel did something similar with his Dutch national team, but Groß wanted more.

In 1987, Groß left Geislingen for fellow sixth-division team VfL Kirchheim. There, the club arranged a friendly against Lobanovskyi’s Dynamo Kyiv and earned 1-1 draw, which is arguably the famous result in the club’s history and something that mightily impressed the opposition manager as well – he was surprised to see a club playing a similar style to his own team, despite being so far down the German football ladder.

It was around this time that he developed a friendship with Rangnick as well, who, at 28 years old, joined the teaching staff of the Württemberg Football Association and was just as keen to learn about ball-oriented spatial coverage. Groß also ended his coaching career at the time and joined the FA, and the two would set out the philosophy for all the coaches working with them, making Württemberg the first football association in Germany to play with a back four, rather than a sweeper.

The two would work and learn together, aiming to gather resources from around Europe and paying a hefty price for video recording equipment as they wanted to pay close attention to Sacchi’s all-conquering Milan teams in Italy. By 1989, Groß got a role at VfB Stuttgart as the youth coordinator and despite resistance from the club, he employed Rangnick as well because he felt he was the perfect man to deploy his philosophy. Groß’s vision was to have a uniform playing style for all the club’s youths and he was successful. 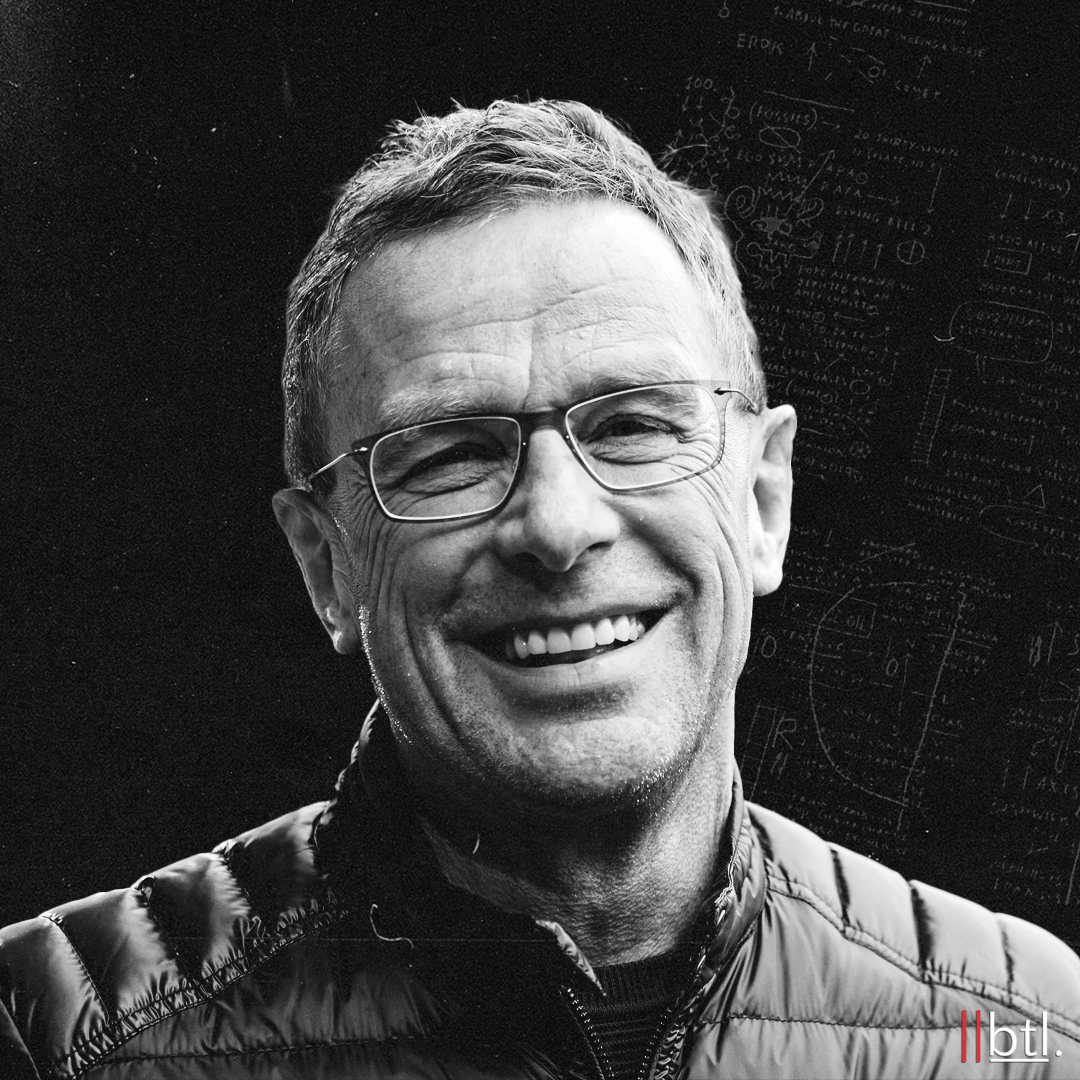 Over time, Rangnick would enjoy success with Groß as well, progressing through the ranks at Stuttgart and even winning the national youth championship. Not only did that improve the two coaches, it also increased the reputation of the club, who were now with an established style of how their youth teams should be playing and how their coaches should be taught.

While German football was content with the libero, even winning the World Cup in 1990, the people at Stuttgart were doing something different and setting the blueprint for the future.

“When three players flock to a ball that has just been lost, it can look like chaos from the outside. But it’s controlled chaos and extremely creative,” Groß said.

Rangnick left his role at Stuttgart after the successful philosophies weren’t employed with the senior team, but his work at the club would be carried on throughout his career. Despite backlash, especially in 1998 after he appeared on national television to discuss ball-oriented spatial coverage and zonal marking, he was praised for his stints at clubs like Schalke, Hoffenheim and most recently Red Bull Salzburg and RB Leipzig. In addition to that, Stuttgart became the home of the back four and Rangnick as well as Groß’s legacy was carried on by coaches that came after them.

The uniform playing style created a generation of coaches who would have top-level careers: Thomas Tuchel worked at Borussia Dortmund and Paris Saint-Germain; Markus Gisdol (who is also from Geislingen) coached at Hamburg and currently FC Köln; Roger Schmidt was with Rangnick at Red Bull Salzburg and then Bayer Leverkusen; Alexander Zorniger was also with Rangnick at RB Leipzig; most famously, Joachim Löw, Germany’s World Cup-winning head coach in 2014 also took inspiration.

The Stuttgart school, Groß’s brainchild, not only improved Stuttgart, but Germany overall. “It can be compared with Ajax school,”  Thomas Tuchel once said. “When Ralf Rangnick and Helmut Groß installed a new game system in Stuttgart at the end of the eighties and early 1990s, it was a model for the entire region. I was inspired.” 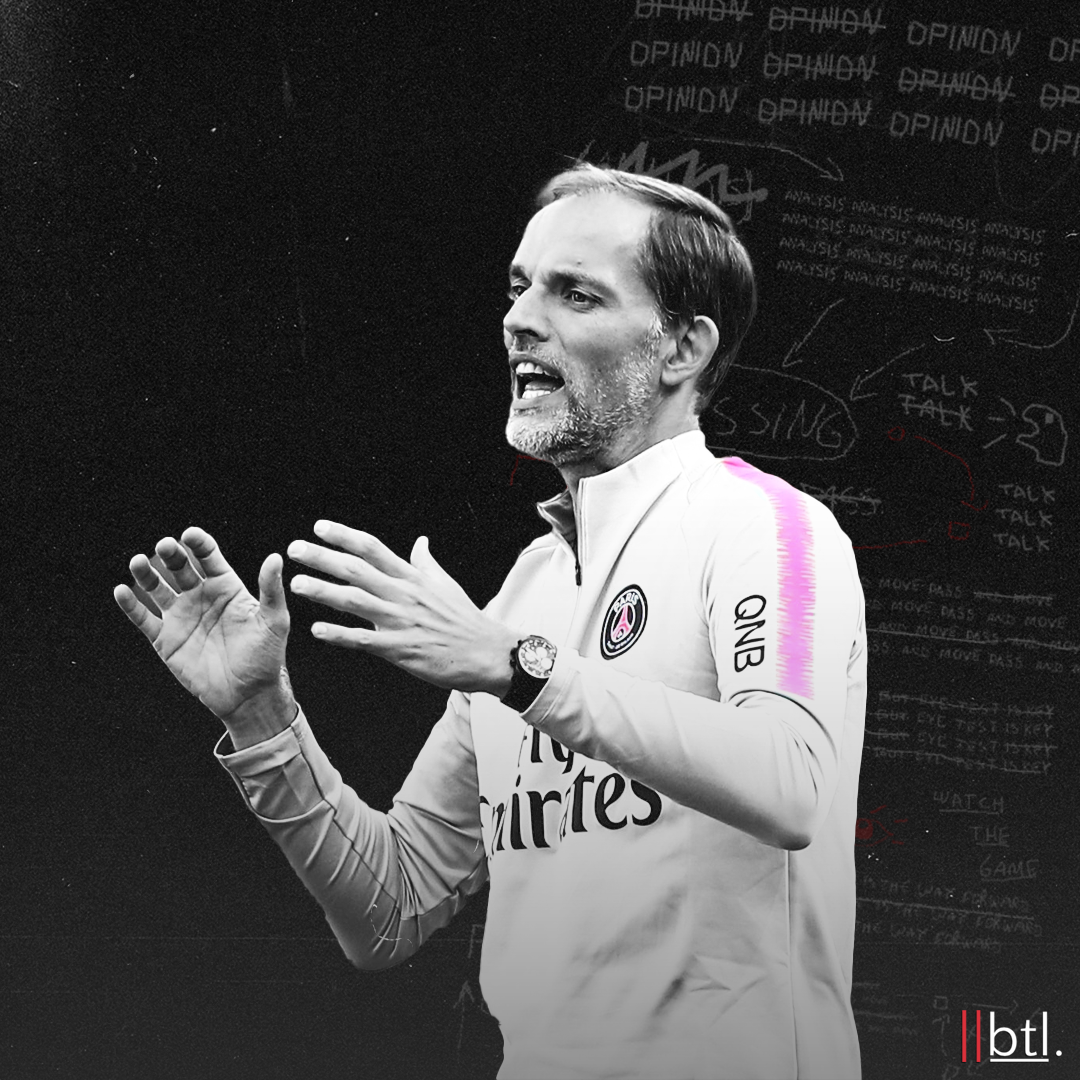 Indeed, merely being a part of the developments or picking up new tactical information is just a part of the process. An important part of being a successful coach is social competence: dealing with personalities, creating an environment that allows athletes to be at their best on a consistent basis and trying to build better relationships with people around them. Additionally, coaches need space to put their thoughts into practice – too many cooks do indeed spoil the broth.

The Red Bull example is perfect: yes, they had plenty of money to become the football giant they are now, but prior to Rangnick’s (and Groß’s) arrival, both Salzburg and Leipzig were struggling. Salzburg had the trophies but no clear long-term vision while their academy was struggling; Leipzig had the money and resources but were finding it difficult to get past the Bundesliga because their resources were invested in older, ageing players and their playing style had no clear patterns.

Rangnick’s arrival and subsequent appointment of coaches like Schmidt, Adi Hütter, Ralph Hasenhüttl and Julian Nagelsmann changed that. There’s also the case of brining in younger players – so many of them from abroad – and making them buy into the philosophy that has made them so successful. Being good football coaches and supplementing that with significant social competence in order to build a firm team spirit is important: that is something many from the Stuttgart school have succeeded in.

The value of their work was never doubted: Rangnick and Groß knew what they were doing and they persisted with it, making it enjoyable from Stuttgart to Hoffenheim, Leipzig to Salzburg and beyond. Speaking once again to Mensch: Beyond The Cones, Groß tells Harding about his research on whether their pressing was effective.

“In 2010, we did a scientific study. We wanted to know whether our ball-oriented forwards defending led to winning the ball back quicker than zonal marking or man marking. The professor we were working with measured the sprints in 1,000 situations in 100 games and noticed, unsurprisingly, the more you sprint and the more players there are who sprint, the quicker you win the ball back.

This is not an amazing insight, but he noticed – and we knew this but he was the first to prove it scientifically – that if I win the ball back with lots of sprints, then I have a greater chance of scoring. Since then, with more work, we’ve been trying to perfect it.”

It’s no surprise that whenever Rangnick and Groß worked together, the clubs they are at grow. The pair were at Hoffenheim and the Red Bull group, ensuring both have a sustained rise to the top. Over the years, they have always been complimentary of each other and Rangnick sees Groß as an advisor, consulting with him before making decisions at both clubs.

“Ralf knows that with me he has someone by my side who, thanks to his professional independence, is not tied to the rules of the football business and can think outside the box,” Groß said to SPOX just after they left Hoffenheim.

Now retired, Groß’s impact on the game can be seen in teams across Europe. For him, his coaching career came in a full circle: an idea that was once ridiculed was now the blueprint for success for some of the world’s finest teams. Despite never being a head coach and mainly holding academy or advisory roles wherever he worked, he was a vital figure behind the shaping of some of Germany’s finest coaches.