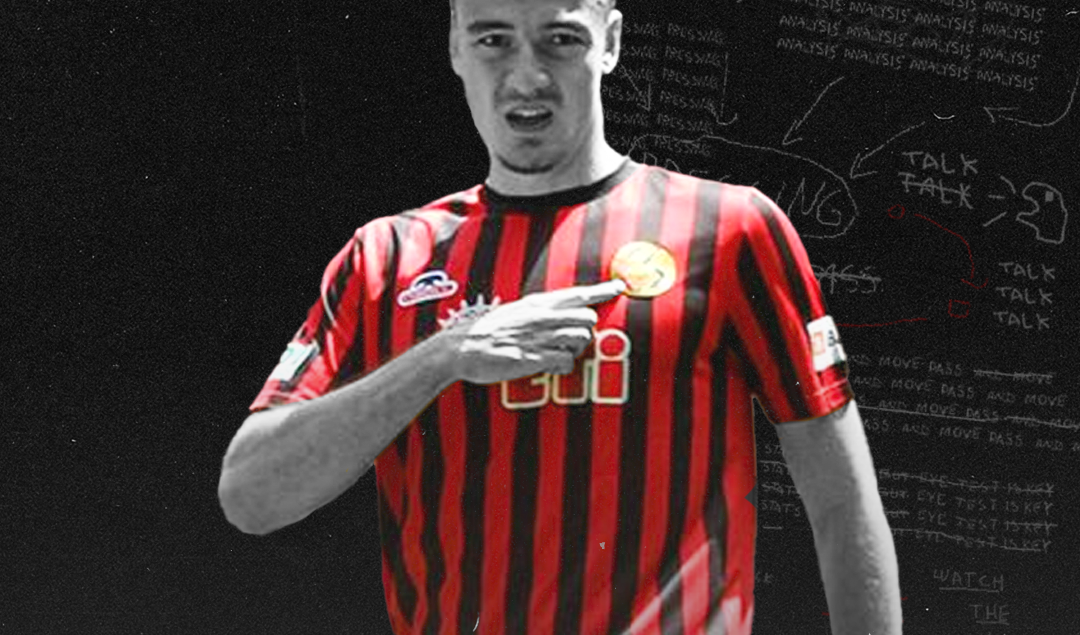 Last season, İstanbul Başakşehir won the league title; this season, they are fighting relegation. Whilst Başakşehir are the most extreme and recent example of these drastic swings in form, they’re far from the only club that’s had its share of highs and lows. In Turkey, it is clear that flying high for a certain amount of time does not ensure long-term stability, especially when the club directors are characters that only know to present themselves with out-of-place remarks in the media and become a bigger protagonist than the players, coaches, or fans.

The case of Eskişehirspor is perhaps even more curious and mysterious. Just nine years ago, the club had was playing European football, but today, things couldn’t be more different at the New Eskişehir Stadium. Eskişehirspor are on the brink of bankruptcy and sit bottom of the TFF First League, having taken one victory, eight draws and 25 defeats from their first 34 matches, although their barrage of sanctions and point deductions that have been administered by the Turkish Football Federation means that they have taken just 8 points so far. With just one win in the past year, they will be playing their football in Turkey’s third tier next season…if everything goes well.

Founded in 1965 by the merging of regional teams İdman Yurdu, Akademi Gençlik and Yıldıztepe, and quickly gained a following in its region of Anatolya and enjoyed a successful start to life in Turkish football, winning promotion to the top-flight in their first professional season and finishing as runners-up in 1968/69, 1969/70, and 1971/72. They would go on to lift the Turkish Cup in 1970 by defeating Bursaspor, and the following season, they defeated Galatasaray 3-2 in the Cumhurbaskanligi Kupasi (President’s Cup) thanks to a hat-trick from Fethi Heper.

Eskişehirspor faced off against Sevilla in the first round of the 1970–71 Inter-Cities Fairs Cup, with the Andalusian side grinding out a 1-0 victory in the first leg via a goal from Eloy Matute. The return match in the Eskişehir Atatürk Stadium, however, was a bit different. Paraguayan forward Bernardo Acosta Miranda doubled Sevilla’s lead in the 76th minute, but Eskişehirspor came marching back and triumphed thanks to a late hat-trick from the legendary Heper.

The club would suffer a worse fate in the following round, as Twente took a 6-1 home victory to advance to the next round before losing to runners-up Juventus. However, Eskişehirspor’s good fortunes would not last long, and on June 13, 1982, they needed a win against Beşiktaş in order to stay up in the top flight. Their opponents, on the other hand, needed a victory to secure their first league title in 15 years.

18,000 supporters packed the Eskişehirspor stadium amid a tense summer match-up to define the fate of both teams, and Beşiktaş took the lead in the 32nd minute via a goal from Ziya. The hosts would equalize after halftime via a goal from 19-year-old striker Zafer Tüzün, but Ziya gave the Black Eagles the lead once more in the 76th minute, provoking the ire of the Eskişehirspor fans, who began to throw objects onto the pitch. The match was suspended and Beşiktaş were awarded a 3-0 victory and the 1981/82 league title, whilst Eskişehirspor were sent packing to the second tier.

Eskişehirspor returned to the top flight two years later, but they never quite managed to establish their status on a long-term basis as they were relegated in 1988/89, before eventually dropping down to the third division in 1992/93. It would take a while for them to emerge from the pack, but in 2008, they sealed their return to the promised land after defeating Boluspor in the play-off final via goals from Doğa Kaya and Coşkun Birdal.

They narrowly stayed up in their first season back despite losing 2-5 at home against Trabzonspor in the final match, but the following season was more fruitful as Eskişehirspor finished 7th, just two points away from the final Europa League spot, and defeated Fenerbahçe, Galatasaray, and eventual champions Bursaspor, who became the first team located outside of Istanbul’s big three to lift the title since Trabzonspor in 1984.

They started the next season off on the wrong foot after taking four defeats and three draws in their opening seven matches, but the arrival of Bulent Uygun as manager saw them rebound in form and finish 7th once again. Nevertheless, that would not stop Uygun from receiving his marching orders at the end of the season, as ex-Bayer Leverkusen manager Michael Skibbe took charge of the club.

The German manager stacked up a promising record with nine wins, three draws and five losses, but he elected to return to his homeland on December 27 after receiving an offer from Hertha Berlin. Under the leadership of Ersun Yanal, Eskişehirspor finished fifth and returned to European football after 37 long years, whilst Skibbe was fired after taking five losses in his first five games with Hertha.

Eskişehirspor eliminated St. Johnstone from the Europa League qualifiers before facing off against Olympique de Marseille in the third qualifying round. Goals from Atdhe Nuhiu and André-Pierre Gignac saw them share the spoils in Turkey, but OM booked their ticket to the group stage in the return leg thanks to a brace from André Ayew and a goal from Gignac. They finished 8th under Yanal and advanced all the way to the semifinals of the Turkish Cup, where they would lose to eventual champions Fenerbahçe on penalties.

Yanal departed at the end of the season to replace Aykut Kocaman as Fenerbahçe manager, and in his place, Ertuğrul Sağlam, the man who had led Bursaspor to their historic championship three years prior, took charge. While they only finished 11th in the 2013/14 campaign, they progressed to the Turkish Cup Final after defeating Antalyaspor in the semi-finals, but they would fall to Galatasaray thanks to Wesley Sneijder’s late goal in Konya.

Sağlam was given his marching orders midway through the following season, with Skibbe stepping in and leading them to an 11th-placed finish, but he would only last 10 months before being given the ax after taking five losses by October 10. The appointment of ex Fenerbahçe coach İsmail Kartal failed to stem the tide, however, and he resigned from his position after picking up four consecutive losses. Samet Aybaba stepped in on November 19, but his efforts were futile as Eskişehirspor finished 17th, ending an 8-year spell in the Süper Lig.

A late winner from Sokol Cikalleshi gave İstanbul Başakşehir a 2-1 victory on the final matchday and confirmed Eskişehirspor‘s fate, prompting their most arduous supporters to trash their ground, injuring three people in the process. The rage continued throughout the night of May 14 as Eskişehirspor supporters burned their 63-year-old stadium to ashes.

Istanbul Basaksehir: A Club in Free Fall or A Team Simply Underperforming?

Eskişehirspor were favored to bounce back to the top-flight, and after finishing third and missing out on the two automatic promotion slots to Sivasspor and Yeni Malatyaspor, they edged Giresunspor to advance to the play-off final where they would take on Göztepe. They looked headed to an immediate return after Nigerian striker Chikeluba Ofoedu put them ahead in the 54th minute, but in the final minute, Adis Jahović tapped in the equalizer to send it into extra time. Göztepe would go on to win 3-2 on penalties, and they have remained in the Süper Lig ever since.

On the other hand, Eskişehirspor failed to rebound from that near-miss and came crashing down to earth. The club narrowly avoided the drop the following two seasons, prompting Mustafa Akgören to step in as president in November 2019, but they were unable to prevent their downward slide as the club finished bottom of the league, only to be saved when the Turkish Football Federation elected to temporarily scrap promotion and relegation due to the pandemic.

They have gone through 13 different managers since their relegation, and they have been unable to sign players since the start of 2019 due to a transfer ban that they incurred as a result of months of unpaid wages and a debt of 234 million Turkish Lira, or €26 million. They began the 2019/20 season with -9 points with a squad that had a median age of 22.7 years, and after beating Keçiörengücü 1-0 on January 19, 2020, they would have to wait another 377 days before taking their next victory.

One of the most embarrassing moments came on December 15, 2020 after losing 0-3 to Çaykur Rizespor in the Turkish Cup. Paraguayan forward Braian Samudio offered to swap his jersey with Eskişehirspor midfielder Bugra Cagliyan, but the 17-year-old politely refused on the account that his club were unable to purchase a replacement jersey and that jersey swapping was prohibited.

The club’s relegation to the third division was confirmed on April 3 after they lost 3-6 to Altınordu, the latest consequence to emerge from an era of nefarious management and financial dereliction. Perhaps the only positive that can be taken from this horrendous season is the fact that fans were not in the stands to make their displeasure even more vocal this season.

Akgören is in charge until 2022, and he will be looking to dig the club out of their hole and rebuild the fallen giants with a youth-focused approach. Eskişehirspor have always been an expert selling club, spotting the right prospects, developing them, and selling them for massive profits. Alper Potuk is the most noted example, emerging from the club’s youth ranks, becoming a vital performer and earning a €7.25 million move to Fenerbahçe in 2013, making him the second-most expensive signing in club history.

From Tarik Camdal to Sezer Öztürk, from Aytaç Kara to Erkan Zengin, Eskişehirspor have always known how to secure top dollar for their young talents and sell them off to the biggest clubs in Turkey, and while their profits have dropped in recent years, they have still managed to sell Bilal Ceylan and Dorukhan Toköz to Beşiktaş in recent years as well as Cemali Sertel to İstanbul Başakşehir and Fıratcan Üzüm to Trabzonspor.

They will have to sell a large part of their current crop of youngsters in order to make ends meet and avoid liquidation, with Buğra Çağlıyan (17), Berkay Tanır (21), Bedirhan Altunbaş (21) and Furgan Polat (24) all likely to attract suitors. As they brace for life in the third division, they will join Ankaraspor and Akhisarspor, two clubs that had played Europa League football within the past five years and that suffered relegation this season, in the TFF Second League.