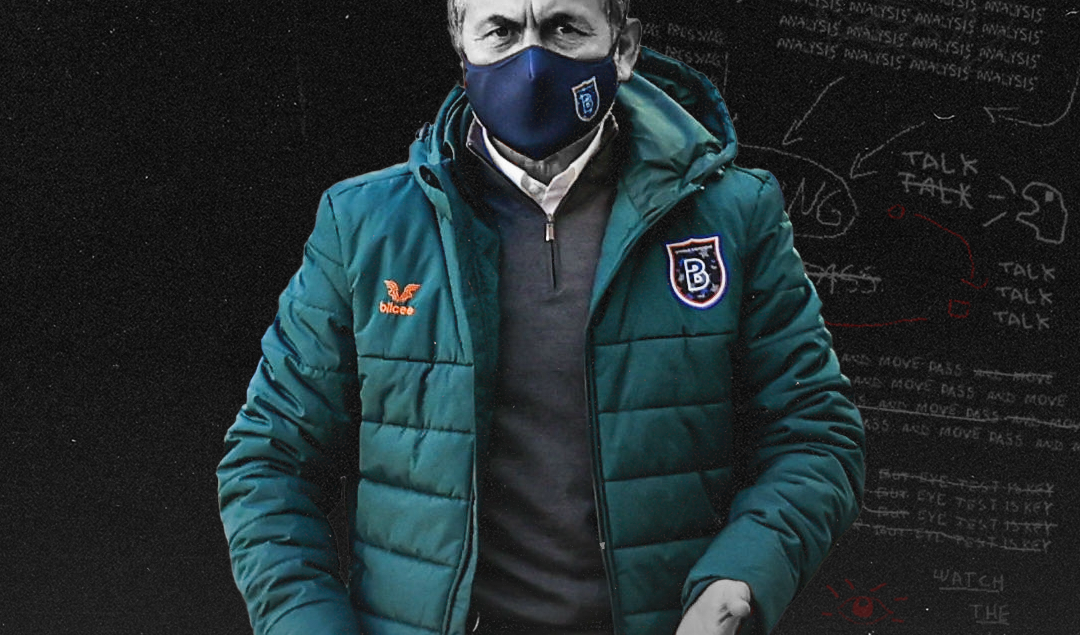 The public conversation surrounding ‘bad champions’, what makes a ‘bad champion’ has circled clubs like Liverpool this season, following them around and arguably adding external pressure. The label is pejoratively aimed to incite fans, diminish past achievements and enhance panic over current performance.

It is a term typically met with a roll of the eyes or an occasional tut as it does tend to ignore context. However, for last season’s Turkish Süper Lig champions, Istanbul Basaksehir, the term has taken on a whole new meaning in this Covid campaign.

What started as a four-game winless and goalless start to the season in which they lost to two newly promoted sides, Hatayspor and Fatih Karagümrük, quickly morphed into a profoundly abysmal season in which they are fighting to retain their place in the Süper Lig, let alone as champions or Turkish representatives in Europe.

Why Are They Failing?

The root causes of Basaksehir’s misery this season is vast, complex and quite difficult to explain. It is important, however, not to look at this season in isolation. When the club clinched the title last season and became the only sixth club to win the Süper Lig, there was much to admire about the manager Okan Buruk. He was showered with praise in the title-winning campaign of 2019/20. In particular, his ability to instill a strong and winning mentality, a consistent work ethic in his players was highly commended.

But as this praise was accurate and you could say Basaksehir’s consistency of attitude, playing style and crucially their results won them the title, once could argue there was a lurking sense they were perhaps over performing. This was particularly true at different chunks of the season. And, in fact, if you dig into the statistics surrounding their 2019/20 season and the start of this season many of their underlying numbers are eerily similar.

For example, their xG per game this season is 1.79. When compared to last season’s 1.73 this does point to quite an alarming on-pitch-prognosis that they have been swaying between over performance and extreme underperformance in relation to the conversion of goal scoring chances. The fact that only Alanyaspor have taken more shots per game (16.2) than Basaksehir (14.9) certainly supports this claim.

So what are the symptoms for this malady? Well, a certain Bosnian winger has something to do with it. Edin Visça played a huge role, possibly the biggest role in bringing the Süper Lig title to Istanbul Basaksehir. He is the picture of consistency and the work ethic that Buruk professed. He has only missed two domestic matches in seven seasons, if you can believe it.

Visça also contributed to 13 Süper Lig goals last season, 5 of which were penalties and this seen him mount up an xG of 0.31 per game. Statistically, he did overperform this with him scoring 0.4 per game. This season has seen Visça miss more league games than at any other point in his career in Turkish football and this has hampered his output with only five goals to his name. It cannot be understated how much the decline of Visça’s consistency and hence his creative output, is missed by the champions.

It also cannot be ignored that he is 33 years old, he has been operating at superhuman levels in terms of just how much football he has played in the last nine years and there is a sense of inevitability to this situation. Additionally, accusations of a poor lack of planning for a situation like this could be easily leveled at Basaksehir for this.

Where Do They Go Now?

29th of January 2021 seen Okan Buruk’s fall from grace end as his side tumbled towards the relegation zone. He was sacked by the club and replaced by Aykut Kocaman, a famous yet sometimes controversial figure in the Turkish game. You may love him or hate him as a coach but everyone has an opinion of Kocaman.

Since his appointment, Basaksehir have not picked up in terms of their league position. They are actually in a worse position as they are now level on points with teams like Kayserispor and only a couple of points above Gençlerbirligi and with four sides facing relegation in this season’s Süper Lig, they are now facing a real battle to stay in the league that they won just nine months ago.

They’ve mainly lurked from one problem to another this season. Whether it be their inability to finish chances, the lack of creativity to create them in the first place, or their often ponderous and lethargic way of moving the ball, it is always something.  There have been so few examples of a perfect execution of what they try to accomplish, whereas last season, we have seen those examples in spades and that is the best way one can explain this miserable yet complex Süper Lig season for the champions.

Crucially, there is no denying that Basaksehir have made life very difficult for themselves. From at the time of writing until the end of the season, Basaksehir will play Alanyaspor and Fenerbahçe, who are still dreaming of European football, Erzurumspor, Ankaragücü, Kasimpasa and Kayserispor who are still all still fighting the stay in the league.

These fixtures represent six of their last ten games. All of these games need to be approached like cup finals, winning three of those six would surely mean safety. However, this season nothing is a guarantee for Basaksehir. If you draped the frankly boring and confusing experience of watching Basaksehir this season in an optimistic light, you could say that chronic underperformance this season would surely point to some sort of redemption story for their sake.

Under Kocaman, they are employing a very possession-heavy system that sometimes leaves a lot to be desired, especially in terms of movement and dynamism in-between the lines. Again, you would hope that the pressure they have been able to put on teams like Yeni Malatyaspor or Gençlerbirligi in recent weeks that paid dividends for them in those games could repeat in their next ten. However, for Basaksehir’s sake, you would also hope to see sharp improvements to instill any confidence in this team because right now, the present is bleak and the future is uncertain for the Turkish champions.