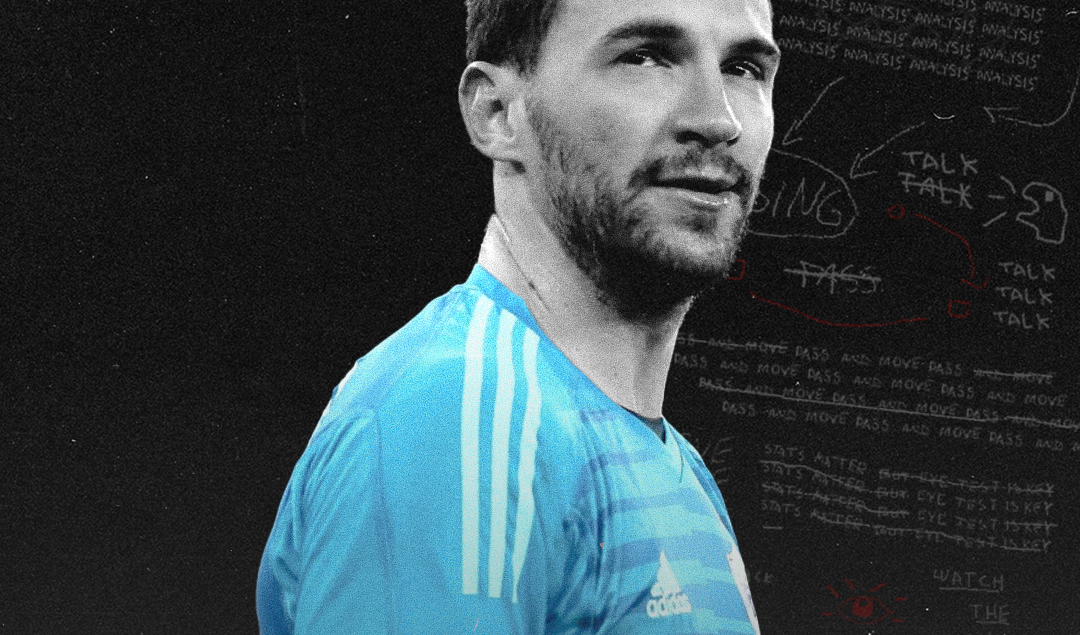 You started your career in your native Brazil with Club Athletico Paranaense. What are your memories of your time there?

I have only the best memories from my time in Athletico. When I got there I was 13 years old, it was there that I was formed, as a man and goalkeeper. I had the chance to meet many great people who I remain friends with up until today.

Following spells at Ituano FC & Desportivo Brasil, you made the move to Europe with Estoril. Was it always an ambition of yours to play in Europe?

Yes, like almost all the players in Brazil, I always wanted to play in Europe. It was a dream that came true.

What are your memories from your time at Estoril? How did it feel to win the Liga Portugal 2 as a team and the goalkeeper of the year award in the same season?

When I moved to Estoril, the team was in the second division. We were all players without fame. We made history there because after two years the team was the champion of second league, I was also elected the best goalkeeper and after that, all the years were very successful. In the first year in the premier league, we qualified for the Europa League. People thought we were lucky.

But then, on the second year, we did again and with a even better points margin! That’s why I have always a special feeling for Estoril and everything we accomplished together as a team there! Very proud of being part of this impressive history.

How did your move to Belgian club Mouscron materialise and how was your experience of Belgian football?

I loved to play the Belgium championship. It’s very competitive. When I arrived there, the team was facing a hard moment, we were in the last position. We made it and the team stayed in the first league, I renew the contract for two more years. It was a great experience!

You moved back to Portugal with Boavista who are a big club in Portugal. What was it like playing for the club?

While I was still in Mouscron, I had an offer to return to the Portuguese league and play for Boavista. It was wonderful! It’s a big team in Portugal and the fans love the team so much! We could feel their passion in every game! And we beat the record of points of the decade of Boavista! I’m very thankful for everything, especially the fans who always supported me!

You moved to Azerbaijani football with Qarabag and won the title with the club. Sum up that experience?

The reason I went to Qarabag was to have the chance to play in the Champions League. Qarabag is a big team, with a great structure. I am very happy to look back and know that I became a league winner two times with them.

I met great people there. In terms of personal experience, I can say we loved the country, its culture, food. Baku is an extraordinary city! Me and my family were very happy there!

What are your aims for the future – playing and coaching?

For the next years, I intend to keep playing. I’m in my best moment (mentally and physically) and I want to keep playing at a high level for many years. Perhaps now, with all this experience from playing abroad, Brazil is a great opportunity for me.

Erik ten Hag: The Inside Track on the Dutch Coach Destined for Old Trafford

Who are the best players you’ve played with in your career?

I have had the chance to play with great players, but the most known ones are Fernandinho of Manchester City as well many others including Alexandro of Juventus, Neto, Guilherme, Rodolpho, Diego Carlos, Evandro, and Carlos Eduardo.

Last but not least, who are the best players you’ve played against in your career?

There have been so many but I’d have to mention Casillas, Lucho Gonzales, Pablo Aimar, James Rodriquez , Mesut Özil, Radamel Falcao and Alexandre Lacazette.