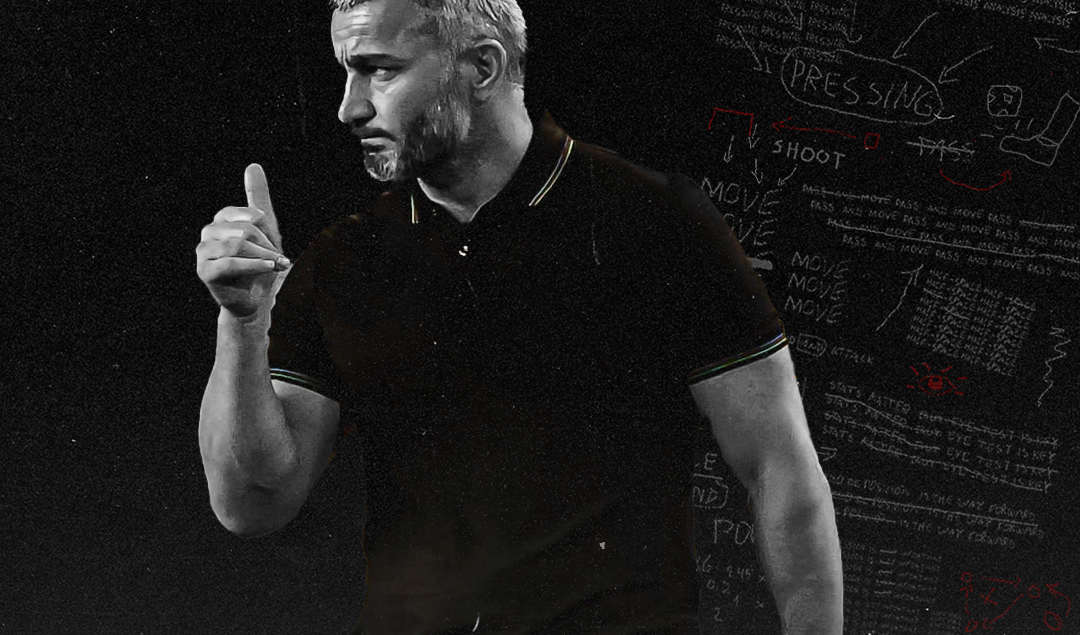 The Azerbaijani was his generation’s greatest player – now he wants to be its greatest coach.

For football-loving Azerbaijanis, Gurban Gurbanov is best remembered as a footballer for his double strike against Serbia and Montenegro in Podgorica in 2003 and was named the best player of Azerbaijan in that year.

His persistence as a footballer is so fresh in their minds that it possibly clouds their judgement on his managerial career. When something comes so naturally to someone on the pitch, it can be hard to imagine the person behind the scenes pulling the strings for others. It’s difficult to appreciate the conductor when you’ve seen the concert violinist.

Gurban Gurbanov’s managerial career was doomed at Neftchi before he had even started. Appointed to succeed Aghasalim Mirjavadov in the summer of 2006, he was instantly defined as inadequate by the Azerbaijani media.

Gurbanov was too inexperienced, too strict, and too insistent on bold tactics – which, the club board all decided, was acceptable for a smaller club but not a contender like Neftchi. He was sacked after just a season in charge – which yielded 6 draws and 7 defeats. He was not given a fair chance.

During interviews, Gurbanov said that he feels no permanent bitterness towards Neftchi. Eight Azerbaijan Premier League titles in the last nine seasons have helped him to get all that out of his system. Even so, there must be a certain pleasure in having the opportunity to demonstrate so magnificently the rewards that a little patience can deliver.

Title Collector and the Barcelona Effect

But what goes around, comes around, and so does football.  Gurbanov answered Qarabağ’s call in 2008, when Rasim Kara was sacked from the club. He has won a total of 8 titles with Qarabağ, 5 Azerbaijan Cups, and he is the most successful manager in Azerbaijan’s football history.

The Horsemen produced their slickest football in Gurbanov Gurbanov’s first season at the club. This squad was not only brimming with heavyweight talent, but also with ambitious players. They had a collection of warriors in every area of the field: Farhad Valiyev in goal, Rashad Sadygov and Maksim Medvedev in defence, Emin Imamaliyev and Artim Šakiri in midfield, and Vagif Javadov and Zaur Ramazanov in attack.

Gurbanov has always sought to create cohesive, structurally sound teams. As he puts it: “My principle is to further develop what we know and what we can do.” Today’s Qarabağ are more than a local powerhouse, it’s the most successful and feared team from the South Caucasus.

The Horsemen have been playing in Europe since the 2014/15 season, with their highlight coming in 2017 when they met Atlético Madrid, Chelsea and Roma in the Champions League group stage.

Since taking the helm at Qarabağ, Gurbanov has transformed the club’s style of play to something akin to Guardiola-era Barcelona. In fact, he visited Barcelona in 2012, having fruitful discussions both with Pep Guardiola and sports director Andoni Zubizarreta.

The Horsemen even likened to the Catalan giants in local media, and some experts even labelled them the “Barcelona of the Caucasus”. Qarabağ’s play involved plenty of short passes, long periods of build-up and players swapping positions in a 4-3-3, 4-5-1 or 4-6-0 system with no out-and-out striker during the 2010s.

Qarabağ’s manager does not say much but when he does people listen, and his second Champions League journey underlined how attuned he is to his players. The relationships Gurbanov has formed with his squad members have been crucial to his success.

He has managed a dressing room of serial winners effectively. The Qarabağ players speak highly of him, and his presence as a former Azerbaijani football icon adds gravitas in the dressing room. As Haiti defender Wilde-Donald Guerrier said, “He was like a father to me. To this day, I regret disappointing him… His word is law. Thanks to him, the team always wants to achieve more. Everyone respects him.”

In my interpreter encounters with Gurbanov, he came across as very calm and supportive of his players and even there was no doubt over who was in control of the proceedings.

I especially remember during Qarabağ’s voyage to Glasgow, Gurbanov sat in a dim hotel room like an eagle on a rock staring into infinity, carefully watching the players, all the while, never speaking a word. He couldn’t have known that, two seasons later, he’d be the next to lead his club to Champions League.