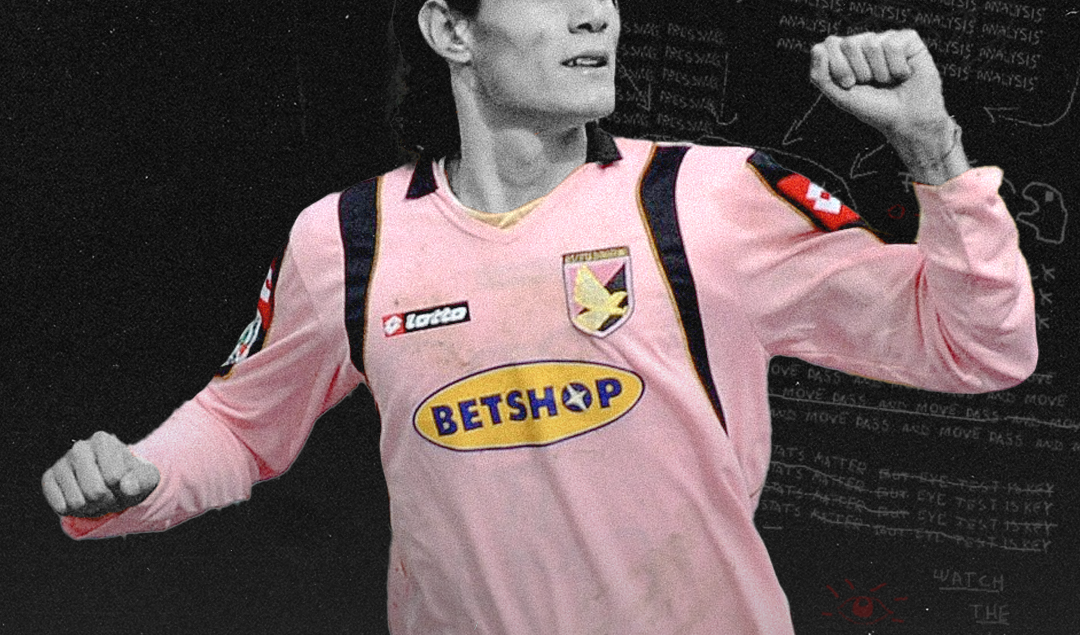 Much change has occurred at Palermo F.C. and not just this summer but throughout their 120-year history, occasionally rising high before financial falls. A tumultuous decade gone and it would appear as though the Sicilian side could now be looking at a brighter future. Promotion back to Serie B secured and the newest member of the ‘City Football Group’, a period of relative financial stability would seem on the horizon.

This purchase will divide opinions, understandably. On the one hand, Palermo supporters may soon be able to see success once more and become a mainstay in Serie A. Conversely, it can be looked upon that they are now just part of the ‘City’ conglomerate and will follow a similar path to Troyes AC of France, including taking a similar number of Manchester City youth players on loan.

A little over a decade ago, it would have been hard to imagine Palermo being bought for a relatively cheap figure of roughly €12 million and becoming a minor part of a much wider footballing operation. However, economic difficulties led to Palermo quickly becoming tucked away in Serie C and D. A stark contrast to a time not so long ago when players such as Edinson Cavani, Javier Pastore, Andrea Barzagli and Fabrizio Miccoli were donning the pink shirts of the Sicilian club and playing in European competition.

From the club’s official inception in 1900, Palermo worked their way up through the divisions and reached Serie A for the first time in 1932. It was there they remained for four years, until relegation struck and the 1940s brought financial troubles and mergers – a common theme throughout Palermo football history.

Up until around 1970 they drifted between the top and second divisions, however, for the rest of the 20th Century, it was Serie B and C where Palermo were always found. This is apart from one year with no participation at all, in 1986/87, when expulsion from the league followed financial catastrophe, before starting again in Serie C2 in 1987.

Things changed after the turn of the millennium, though. Businessman Maurizio Zamparini bought the club in the summer of 2002 and stated how his desire was to bring top-flight football back to Palermo.

Though not achieved in his first season of ownership, the wait for football in the top league wasn’t long and what followed through the next ten years or so was the most sustained period of high Serie A finishes and European football. Although this would soon come crashing down, wrecked by more financial problems returning Palermo football to reformation in Serie D.

Change has been a constant theme throughout the history of not only the club, but the city and isle as well. Located on Sicily’s northwestern tip, Romans, Greeks and Arabs have each controlled portions of the beleaguered Mediterranean island. Conquests from the Normans and Spanish have also added to its history.

Rich in culture, tourists flock to the Sicilian city in large swathes to experience the diverse architecture that makes Palermo special. The diversity and multiculturalism of Sicily has allowed for the people to unite under the identity of being Sicilian and take pride in it.

Economic contrasts between the north of Italy and the south have long been known and feed into stereotypes, which also extend into football with the famous northern clubs typically the more financially rich.

Sicilian flags adorn the Stadio Renzo Barbera, signifying the proud identity with which the locals associate themselves. Despite an intense rivalry with Catania, who can be found across to the east of the isle, supporters from both clubs are fervent champions of Sicily, and understandably so given the unique blend of cultures that combine into being a Sicilian.

Being distinct and cut off from the rest of Italy, a Sicilian identity is strong within the stadium. Chants voicing displeasure and criticism about the north of Italy can echo around as the grievances are still very present. And this reflects the wider Sicilian society in feeling abandoned by Italy, with football reinforcing economic and political perceptions.

Back to on-field matters and upon returning to Serie A in 2004 for the first time since 1973, Palermo were quick to adjust to their surroundings. Finishing the 2004/05 season in sixth place and securing qualification for what is now the Europa League, it’s fair to say they settled in well. And this finish in the table wasn’t a sort of fluke or wave of good fortune after being bankrolled by new money from out of town.

The next two seasons would follow in a similar vein, with the club finishing in fifth and sixth. These first three seasons of having Serie A football back at the Stadio Renzo Barbera all resulted in European football, with the most successful campaign being the 2005/06 UEFA Cup season, where they reached the Last 16.

Players such as Andrea Barzagli, Luca Toni and Fabio Grosso, who were all key members of the Italian 2006 World Cup winning squad whilst at Palermo, truly helped the club establish itself in the top division. It was in that returning season when Toni propelled himself to the limelight, scoring 20 league goals in 35 appearances, proving just how clinical he could be.

Though Toni was only at ‘I Rosanero’ for 2 years, his impact lasted far longer and following his departure in the summer of 2005, the replacing signings just couldn’t match how prolific he had been. Despite this, Palermo still ended the season in fifth, although even in this campaign the club struggled to ever find consistency, going through two managers in the process.

Palermo were now at a point in their history where, even if selling star players, they could still challenge for Europe, as seen through the 2006/07 season. Fabio Grosso was sold to Inter Milan after a summer that resulted in him scoring the winning penalty against France in the 2006 World Cup Final.

Nevertheless, Palermo used this money to invest in a squad which again finished fifth, and again qualified for the UEFA Cup. The Sicilians were now establishing themselves amongst the top Italian sides and showing signs that they would be here for many more years.

The years that followed not only saw stability and then more European football, but a squad constantly developing and adding quality in youth. For example, the arrival of Edinson Cavani in 2007 and then Simon Kjær, Javier Pastore and Josip Iličić at later dates all attest to Palermo success in scouting players who could add immediate brilliance and then be sold at a relatively high price. More recent examples have included Paulo Dybala and Andrea Belotti.

The owner, Zamparini, pledged to bring Champions League football to the Renzo Barbera, however, fifth place and the Europa League was the best that could be achieved, in 2005/06, 2006/07 and 2009/10 – with the latter season seeing Cavani, Pastore and Kjær all playing significant roles, as well as goalkeeper Salvatore Sirigu and captain Fabrizio Miccoli.

Since 2009/10, a steady decline has been in place. The 2012/13 season was Palermo’s ninth consecutive season in the top flight, and their last of that stint. This marked the end of what had been a remarkable nine-year Serie A run.

Multiple Europa League crusades and enthralling Coppa Italia runs had become a common theme and a finish outside of the European spots became a disappointment. Several sides filled with cult heroes, World Cup final-winning goal scorers and bright talents of the game brought triumphs and adulation to a corner of an impoverished isle.

In recent times, Palermo have continued the trend of Italian clubs struggling with finances and, after being banished from playing professional football in the summer of 2019, they were very quickly re-admitted to the professional leagues as a phoenix club. An instant promotion from Serie D followed and, a couple of years on, they are now in Serie B under new ownership.

Understandably, there is a reinvigorated excitement around the possibility of what Palermo could achieve in the coming years, as well as hope for European nights to return, although the typical chaos appears to be continuing, even under the new regime. Head coach Silvio Baldini and sporting director Renzo Castagnini have both resigned, with Baldini perhaps signalling that the new owners were making decisions and actions without consulting him.

So, the enthusiastic atmosphere that developed following the ‘City Group’ takeover has already been replaced by trepidation for the season ahead. It also demonstrates how the ‘City Group’ cannot simply barge their way into a declining club and make it an outfit that just operates to help create profits and a more global reach.

Palermo’s football history seems to reflect the constant change that Sicily itself passes through, with financial problems, league expulsions and a managerial revolving door being the kind of news associated with the city’s club. Perhaps now there just may be the chance for some stability and focus on matters on the field.