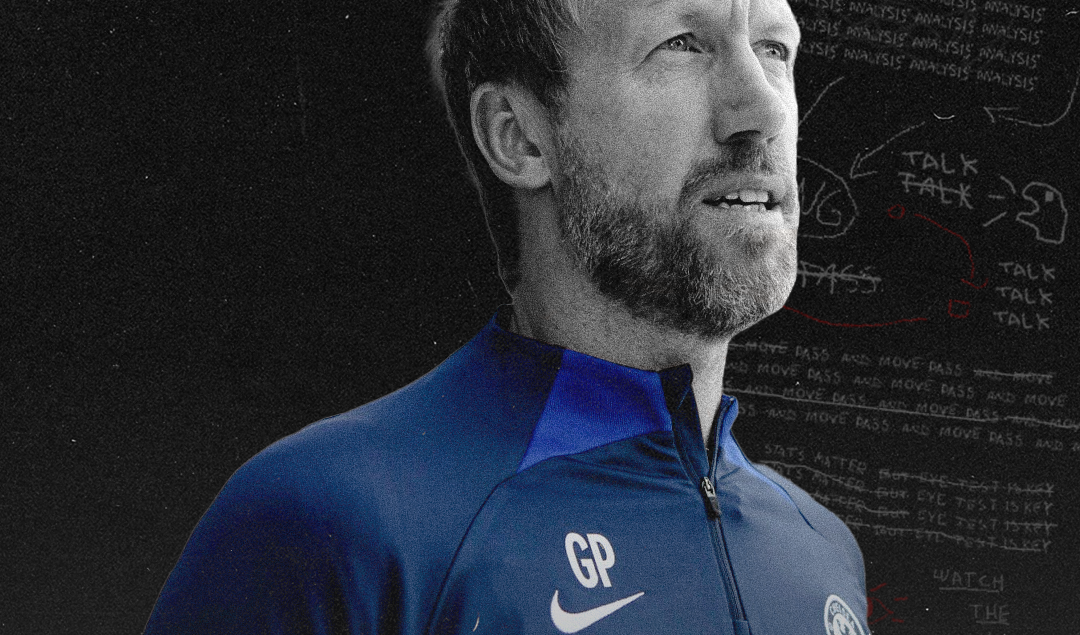 As Howard Wilkinson lifted the Old First Division with Leeds United on May 2nd 1992, he wouldn’t have known that he’d be the last Englishman to ever accomplish that – especially when you consider no manager outside of Scotland, England or Northern Ireland had lifted the English top flight before.

Wilkinson somewhat bucked a trend with Leeds at the time, however, as he wrestled the trophy back from the four-year Scottish domination of England’s domestic crown – shared between Kenny Dalglish and George Graham. But he – and Everton’s Howard Kendall in 1987 – were the anomalies to the rule, with Sir Alex Ferguson dominating four of the following five years, with Kenny Dalglish once again sandwiched in between.

Arsène Wenger made history when he took Arsenal to a first title in some seven years in 1998 as he became the first foreign manager to finish top of the pile – but Wenger made a career out of revolutionising the game and setting trends for others to follow, with his title success proving no different. Since then, eight other foreign managers have worn the crown, with the remaining exclusively dominated by Sir Alex Ferguson and Wenger himself.

Of course, Kevin Keegan came close in 1996 and probably should have won the league, but his Newcastle side fell away when it mattered most akin to how Ron Atkinson’s Villa side did similar against the same foe just three years earlier.

Despite the presence of Sir Bobby Robson, Terry Venables and Glenn Hoddle, no English manager came close again as Ferguson and Wenger formed a duopoly which José Mourinho eventually broke in 2004, as the jobs amongst the big boys have become more and more of an exclusive club for the division’s own coaches.

But why is that? Given the quality of English managers during the opening decade of the Premier League, did the river run dry or did the best clubs feel their chances were better with those from overseas?

At the turn of the century, only Manchester City were managed by an English manager in the shape of Joe Royle, but were also a far different entity to the one we see now. Royle led the Cityzens up the football pyramid from League One to the Premier League, before departing upon relegation where he was replaced by Kevin Keegan who was eventually followed by Stuart Pearce in 2005.

As City crashed through the footballing stratosphere, however, Pearce was duly replaced and no English manager has sat in the Etihad/Eastlands dugout since. But analysing City pre-takeover is fairly pointless, given the levels they’ve accelerated to since.

Tottenham have had more English managers, including another former national team boss as Glen Hoddle replaced George Graham in March of 2001, but his Spurs team flattered to deceive and he too was relieved of his duties in 2003.

The likes of Juande Ramos, Jaques Santini and Martin Jol took the hot seat before Harry Redknapp returned to the capital and led Tottenham to the Champions League for the first time since 1962 – earning him the Premier League’s Manager of The Season award, and becoming just the second gaffer to win the accolade in a season which his side didn’t win the title.

His FA Cup heroics from 2008 (which made him just the second Englishman to lift the FA Cup since 1992), coupled with his European achievements with Tottenham make him the ‘gold standard’ for English managers since the formation of the Premier competition. Meaning that, without diminishing two fantastic achievements (and several other smaller ones), the bar is not set impossibly high.

Spurs failed only to qualify again for the Champions League in 2012 thanks to Chelsea’s unlikely triumph, but Redknapp failed to agree terms on a new contract and was replaced by André Villas-Boas – but their own Mourinho gamble could only bring up a two and seven.

He was sacked sixteen months later and replaced by Tim Sherwood for the remainder of the 13/14 season. A former Spurs player and Premier League winner with Blackburn, he assumed managerial duties until season’s end before being replaced by Mauricio Pochettino.

Liverpool have enjoyed a rich history of Scottish managers and gaffers who have been promoted from within, winning trophies aplenty with the likes of Bill Shankly, Bob Paisley and Joe Fagan, before appointing their first ever manager from overseas in the shape of Gérard Houllier in 1998.

He worked in tandem with Roy Evans for the opening months of his tenure, but after that, he and Rafael Benítez took Liverpool through the 2000s and won almost everything there was to win, before the latter handed over the reins to Roy Hodgson following an exceptional spell at Fulham.

Hodgson, in some ways, was the original Graham Potter; a less than remarkable time as a player preceded an erudite and journeying career through many a dugout – turning out at San Siro and Ewood Park, with the UAE, Swiss and Finish national teams and winning five league titles across Sweden and Denmark.

He took Fulham to the cusp of the Europa League title which landed him the job at Anfield, but he joined Liverpool during a transitional period and couldn’t do enough to ride out the issues of the post-Benítez era – departing with mutual consent just six months into the season.

Liverpool returned to Dalglish who secured another pot and left the seat far warmer for Brendan Rodgers than Benítez had done for Hogdson, with the Northern Irishman coming within a whisker of lifting the 2013/14 title. Plenty of managers would have fallen on the sword which Hodgson did, but the move felt like a strange fit at the time and so it proved.

During all of this, two managers remained consistent; Sir Alex Ferguson and Arsène Wenger. While all changed around them, they continued to evolve and build team after team which could compete (albeit to different levels generally), and continued the ultimate Premier League rivalry.

Sir Alex would eventually retire in 2013 and help appoint David Moyes as his successor, while Wenger would depart soon after in 2018 following 22-years at the helm. Neither have since appointed an Englishman, but instead trialled Spanish, Dutch, Scottish, Portuguese and Norwegian managers at the wheel.

That takes us to Chelsea – perhaps the most notorious club in all of England for their hiring, firing and enquiring of managers. They – like City – shifted into this millennium as a different entity to the one we see now (albeit on a lesser scale), led by the guidance of Gianluca Vialli and later Claudio Ranieri.

Twelve appointments between ten different managers from six different nations manned the ship at Stamford Bridge from 2004-2019, when Chelsea – hit by a transfer ban and the loss of their best player – turned to former captain Frank Lampard to negotiate the choppy waters which lay ahead following a turbulent season in charge of Championship side Derby County.

At the time, it felt like an appointment to rejuvenate a fan base left ultimately torn following a rollercoaster period under Maurizio Sarri, and one necessary to fully utilise the club’s academy given their transfer embargo. Promoted and fast-tracked for sure, but the current Everton boss (funnily enough) became the first English manager at a top six side in 1,878 days since Sherwood at Spurs.

He returned a top-four finish and an FA Cup Final in his first season but dodgy spending, a grumbling group of fringe players and a nosedive in form ultimately ended Lampard’s fairytale back home – with Thomas Tuchel brought in to replace him.

One hundred games, sixty wins, three trophies, four finals and a host of iconic moments later and he too felt the Blues’ axe – meaning that 591 days after Lampard’s sacking (and the most recent Englishman at one of the country’s big boys), another one was back at the helm.

Graham Potter was lured from Brighton for an eye-watering £21.5m compensation package, but one many feel he is firmly worth. Miracle work in Sweden with Ostersunds – where he dragged a run-of-the-mill small town team from the fourth tier to the bright lights of European nights – preceded solid foundation work with Swansea City in the second tier.

Then Brighton (who perennially have their finger on the pulse) swooped to take the former defender to the Amex. While not without testing periods and his own doubters, Potter ultimately presided over an incredible time for Albion – guiding them to 9th in the Premier League during 21/22 to ensure the club’s highest-ever finish.

But now he has the chance his hard yards have firmly deserved, but why has it taken so long for an English manager to achieve the status Potter now has, and why do the big boys often shop abroad?

It doesn’t happen that often in foriegn countries, either. In Europe’s four other ‘big leagues’, only 31 of their 118 titles in that time have been won by foreign managers (with over half of them coming from La Liga). But there are plenty of reasons why this has happened in England.

Upon its founding, the Premier League brought untold riches and as foreign owners began to take over more top-flight clubs, plenty opted for managers from their native land. But there has also been a certain degree of snobbery from the bigger clubs, too, as just this year Manchester turned down Potter due to his lack of Champions League experience.

The bigger clubs also want to succeed in Europe with the coaches who get the furthest – but no Englishman has won the European Cup/Champions League since 1984 in Joe Fagan, while none have even reached a final since Terry Venables with Barcelona in 1986.

But, overall, it’s simply because English managers have not been very good – that’s the long and the short of it. With one reason (for my money at least) being that not enough coaches have tried their hand abroad, as foreign managers do when they come to England.

Outside of Great Britain, the only examples of English managers working in even somewhat major foreign leagues are those in the US, but none in the major leagues (that is, of course, not to say the next Graham Potter isn’t out there somewhere). The examples of Steve McClaren and Gary Neville are few and far between, with the former the most recent English gaffer to win a trophy abroad and the first since Sir Bobby Robson in 1996.

Good jobs have been done by Eddie Howe or Chris Wilder in recent years, but perhaps just about not enough to land the top jobs, while Sam Allardyce and Steve Bruce – for example – brought plenty to the table but not the style or the success to tempt the top dogs.

But Potter feels like the right blend; he deserves this chance given how hard he has worked – at home and abroad – to land a job in professional football – never mind at one of Europe’s elite clubs. His Brighton side (not without faults) have consistently been one of the best sides to watch in England since his arrival in 2019, and his emphasis on tactical flexibility, player development and incredible man-management is a perfect blend for a big job.

With Steve Cooper and Eddie Howe going good guns in the top flight, and Nathan Jones, Michael Beal, Ryan Lowe, Paul Heckingbottom and Rob Edwards doing the same in the division below, perhaps the nadir for English coaches is finally coming to an end.